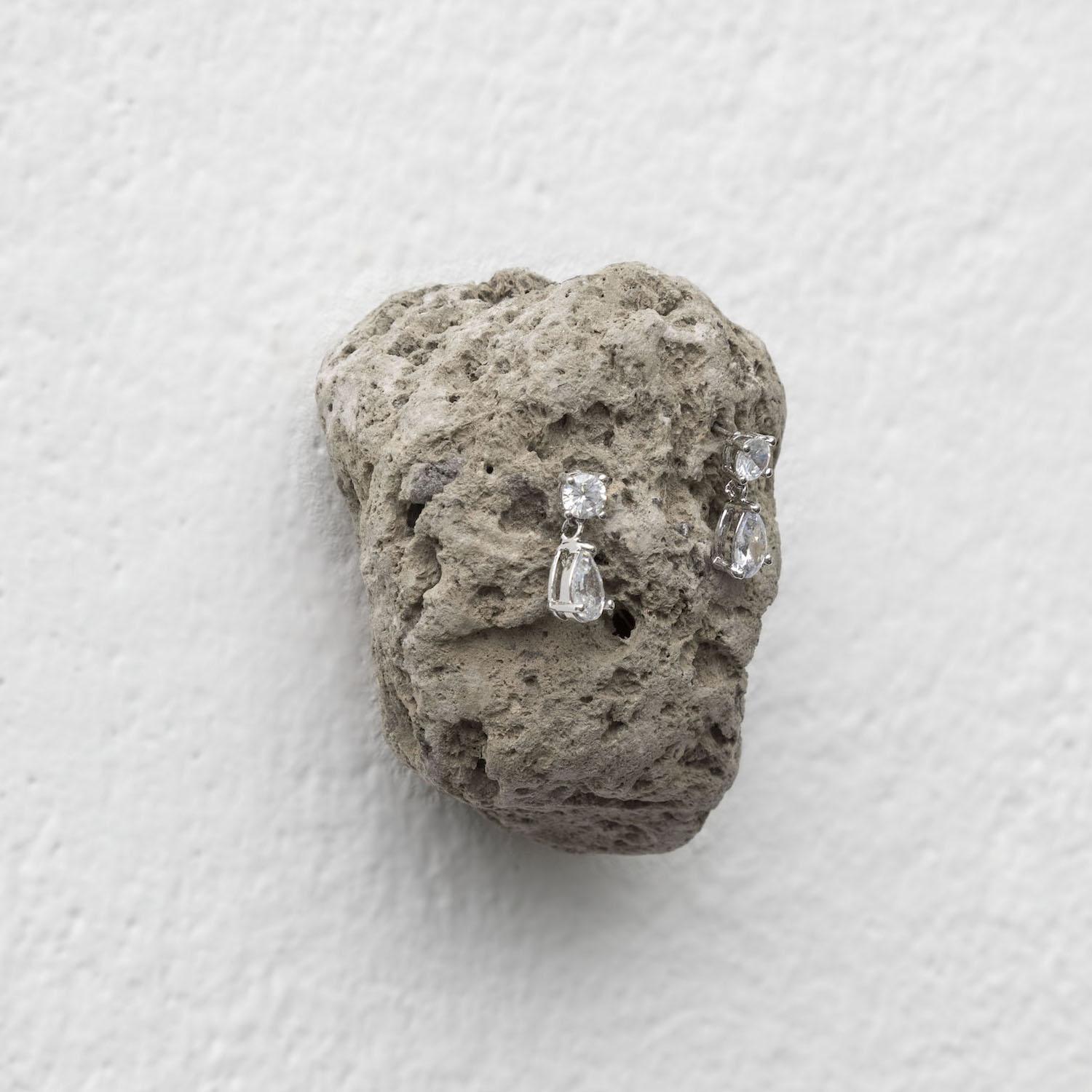 Nina Beier (*1975, Denmark) has developed her own lexicon to negotiate the shifting relationship between objects, representation, and value in our image- saturated world. Juxtaposing and repurposing the languages of advertising, stock photography, and art history, she lets the artwork itself turn into a moving target that flips between image and idea and meme. The Berlin-based artist has filled oversized cocktail glasses with objects arrested in motion, glued beard trimmings onto a marble lion, made a faucet flow with money, and wrapped down coats with swirling Hermès ties before sandwiching them between glass as arrested figures in motion. Nina Beier is represented by Metro Pictures (New York), Croy Nielsen (Vienna), STANDARD (Oslo), and joségarcia MX (Mexico City).

In this edition for Spike, Nina Beier has inserted a pair of fake diamond earrings into the holes of a pumice stone. The title of the work, Crybaby, suggests it’s a face, morose even with its sparkling eyes, but at the same time it’s a surrealist image or a conceptual sculpture that makes one wonder about the relationship between its constituent parts: where is it that volcanic lava meets the world of commodity production, geology meets (imitation) jewellery?