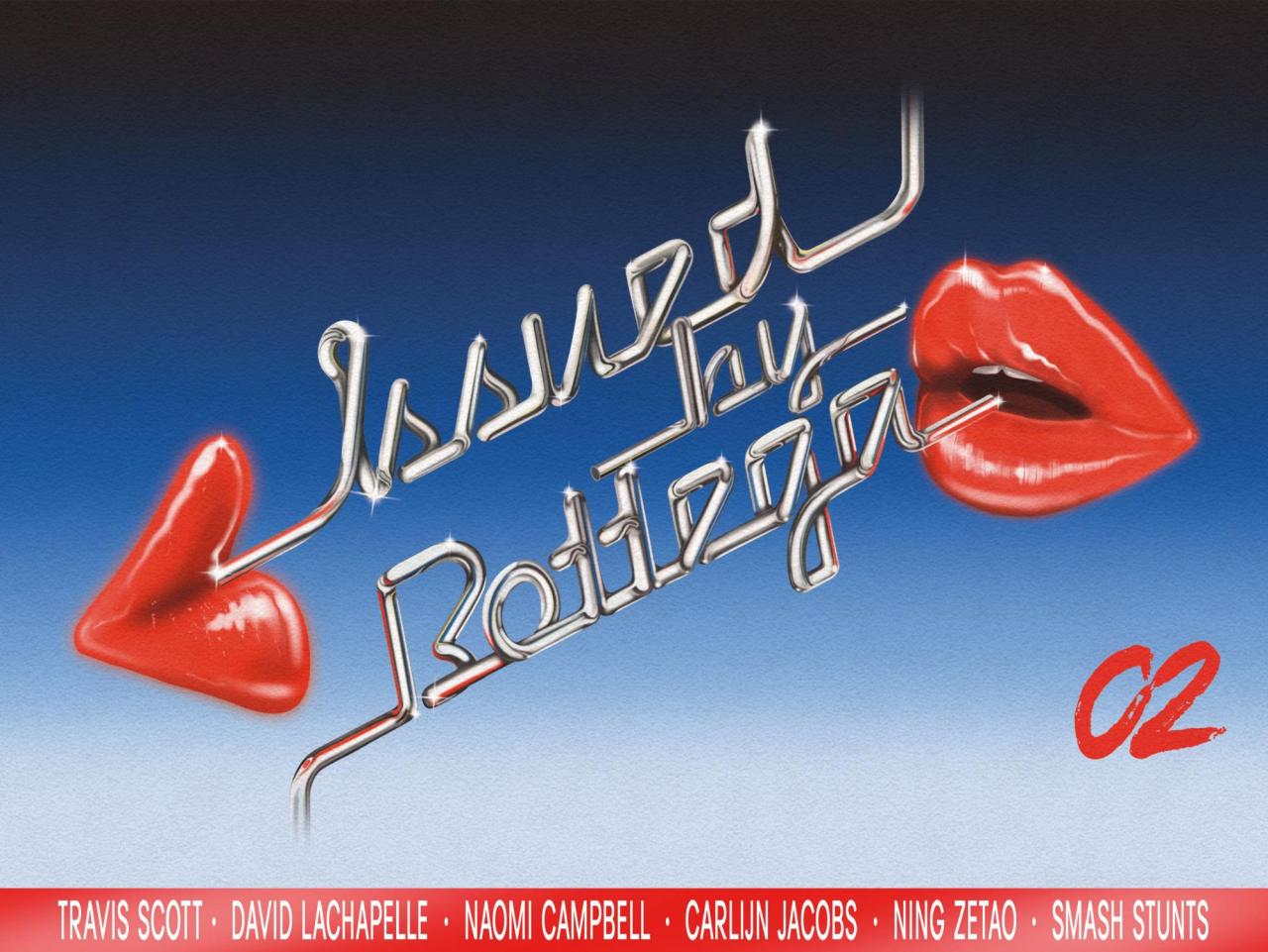 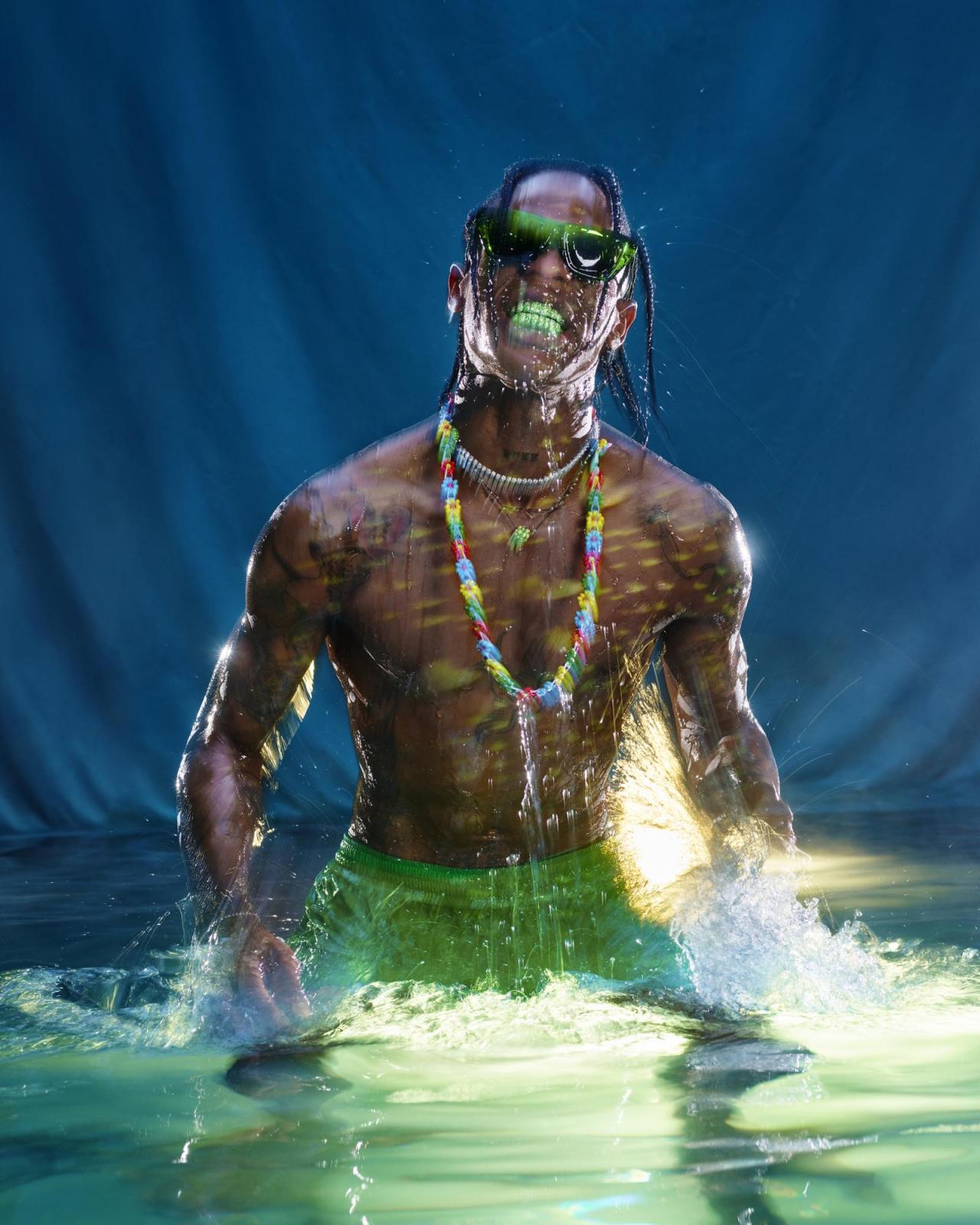 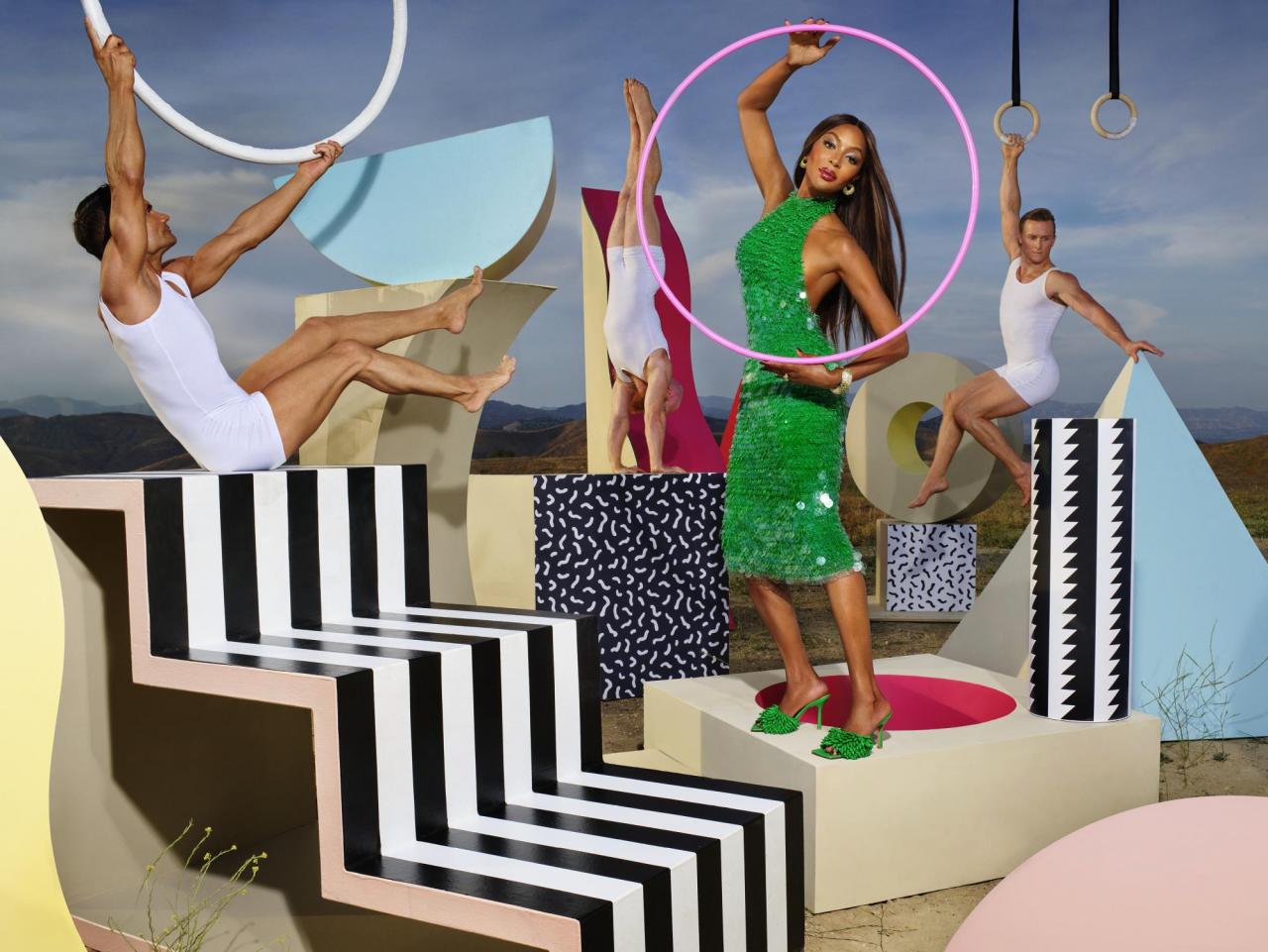 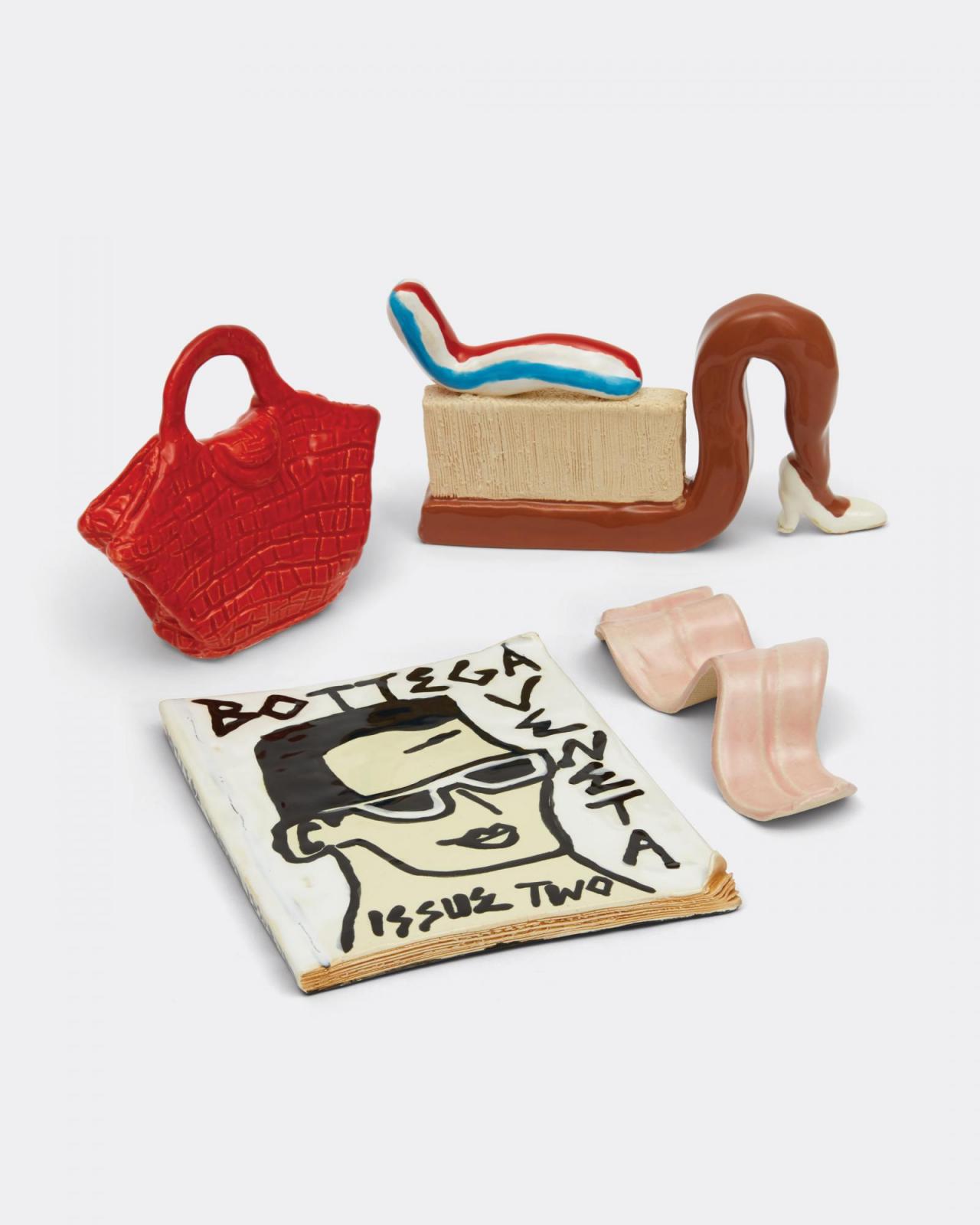 Iconic as it may be, the Milan-based fashion house isn’t your rich stepmom’s clichéd legacy brand. Under the tenure of creative director Daniel Lee, Bottega Veneta is synonymous with rule-breaking and ruthless innovation – including disappearing from the mainstream social media platforms that typically govern fashion promotion. In early 2021, the brand deleted its accounts, swapping out the standard social-posting for an ambitious online journal, ISSUED BY BOTTEGA.

The most recent drop, ISSUE 02, highlights Lee’s creative aptitude by way of the maximalist retro potpourri that is Wardrobe 2, his Pre-Fall 2021 collection, alongside new contributions from over twenty artists. The multimedia magazine stitches together video, still photos, and sound, interspersed with fuzzy technicolour title cards that could have been lifted from Jane Fonda workout tapes, soundtracked by new releases from Arca.

Bottega Veneta, ever-hyped by the enviable: the content kicks off with Travis Scott photographed by David LaChapelle in a glistening grotto, lazing around in the mossy light. He is leisure incarnate, reclining and splashing in a pool of green. It’s the colour of money – and, perhaps relatedly, envy – not to mention the colour of Cactus Jack, Scott’s record label-slash-moniker and the mascot for his spiked seltzer line.

Cracking a CACTI (for research and vibe, in lieu of the traditional runway show standby, champagne), I click my way down the neon rabbit-hole, thumbing through psychedelic digital abstractions by graphic designer Hagihara Takuya and photorealistic nipples, slipping out of a kelly-green jacket, painted by Gerard Schlosser. A carousel of monochromatic bags shot by American artist Daniel Gordon features the signature hobo silhouette, Bottega’s emblematic item of the aughts, overgrown with an armour of emerald beads. And then, naturally, Naomi Campbell in an arresting emerald getup. She’s photographed in the desert at sunset, flanked by a forest of impish, Memphis-esque structures and acrobats all in white.

Blessedly, none of this seems to take itself too seriously. It’s almost like ISSUE 02 is giggling to itself, in on the joke – giddy with the knowledge that it is the object of jealousy. Overt 80s pastiche, Scott’s silly sincerity, and videos by Marili Andre (URL path: “/bums-sparkly”) sprinkled throughout the issue all point to a sense of levity, increasingly absent in the lifeless social media machine. Andre films runway walks cropped to torso-height and shot from behind, camera at ass-level, taking the age-old photographic maxim – “shoot from the hip!” – quite seriously. The cheeky videos’ subjects sway in time with pop-house pulsating bass, faceless models strutting in studded mom jeans and feather-flourished skirts that Cyndi Lauper would have coveted. In this good humour, there’s a sense of spaciousness: unbothered, unafraid of being passed over by “the algorithm,” refusing to conform to the refinement culture threatened by fashion’s socially-mediated turn.

Leafing through ISSUE 02 – which can be read in a predetermined order, a la “cover to cover”, or sorted by artist – it seems that fashion has once again outstripped the art world, at least when it comes to advancing the affordances of digital art. The immersive issue embraces time-based media alongside the usual fashion editorials, laconic models, and studio shoots, inventing a format for sharing multimedia content online that cherry-picks the virtues worth keeping from its print antecedent, the glossy fashion mag – including its business model. High fashion understands it’s unattainable; rather than buying into the fantasy of accessibility that social media and mass image reproduction disingenuously promise, ISSUE 02 snickers self-knowingly at the truism that creative production and conspicuous consumption have always been intertwined. In a way, it’s the polar opposite of the NFT boom, an alternative answer to the problem of funding production while democratising distribution. Instead of artificially editioning digital works, ISSUED BY BOTTEGA insists that they can circulate freely, just like God intended, financed by the unabashed exclusivity of luxury handbags.

ADINA GLICKSTEIN is the Digital Editor at Spike. She aspires to one day own a pair of Bottega Veneta lug boots, but is (probably) not enough of a tastemaker to qualify for free PR gifts. She is, however, open to pleasant surprises, and wears a size 38.