Nifty Tips for the Crypto-Curious 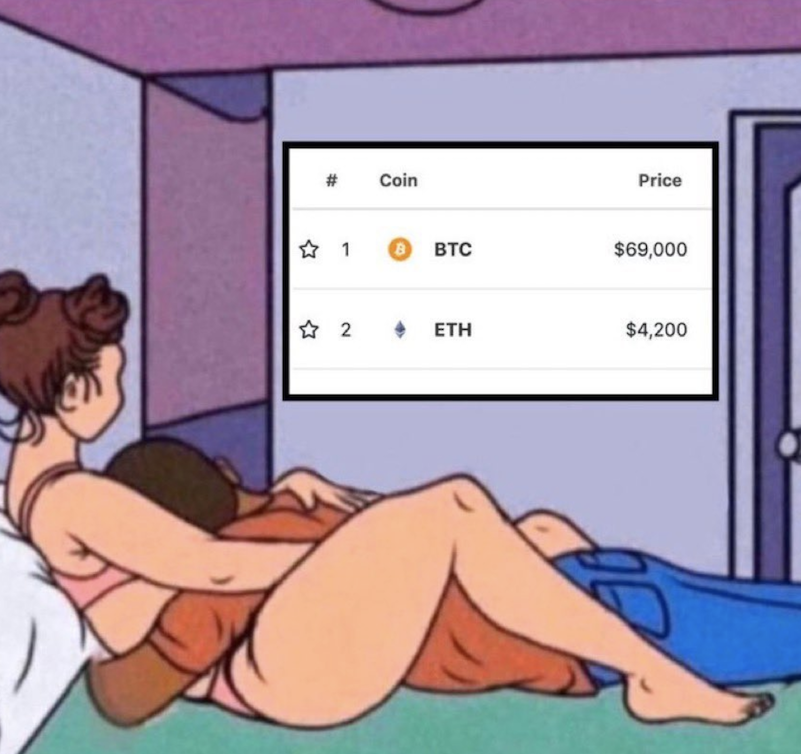 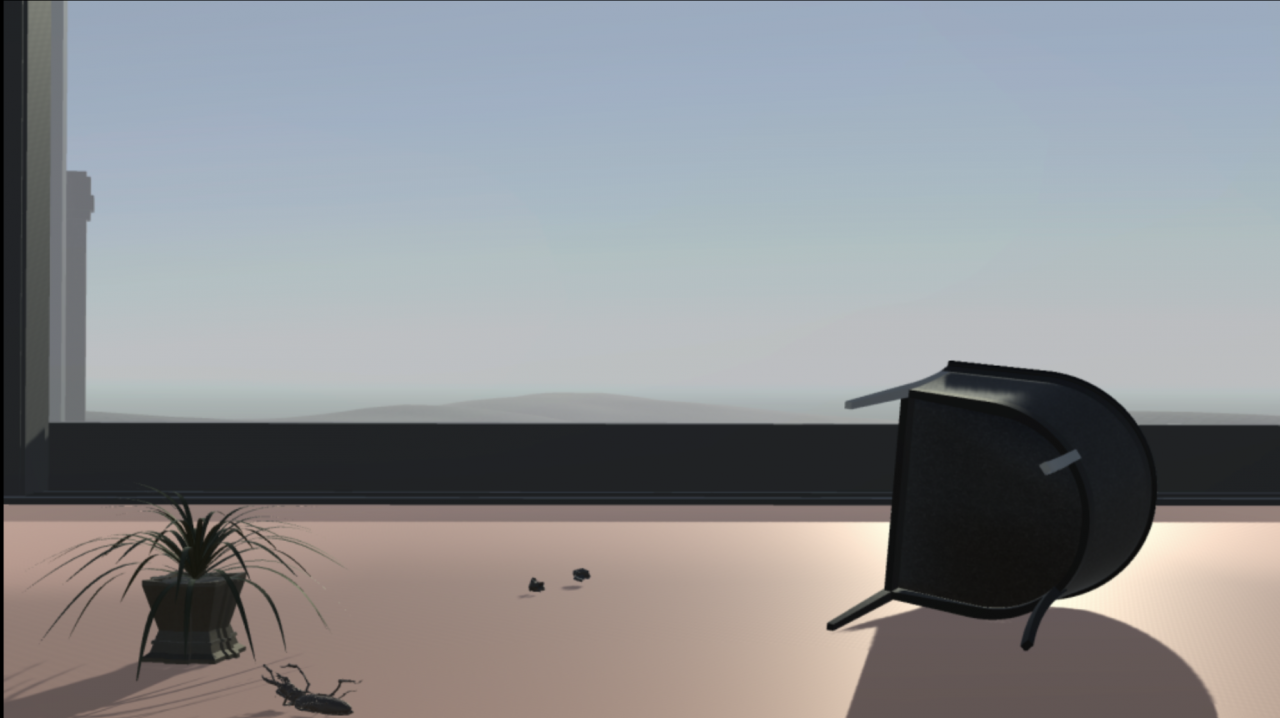 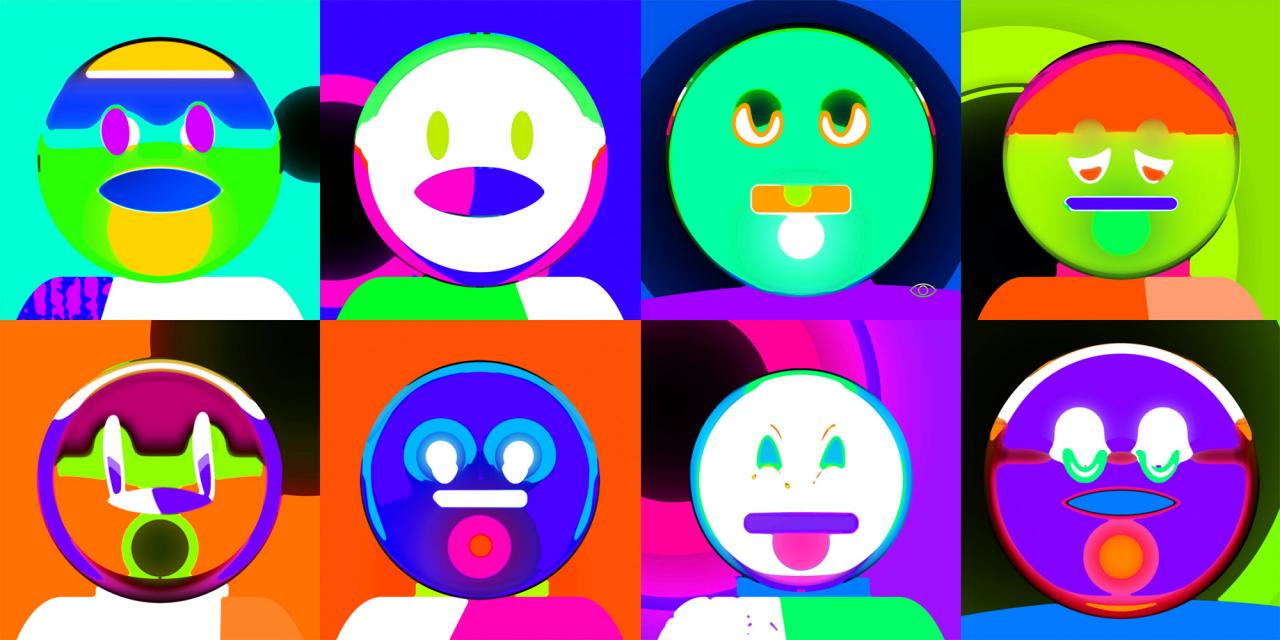 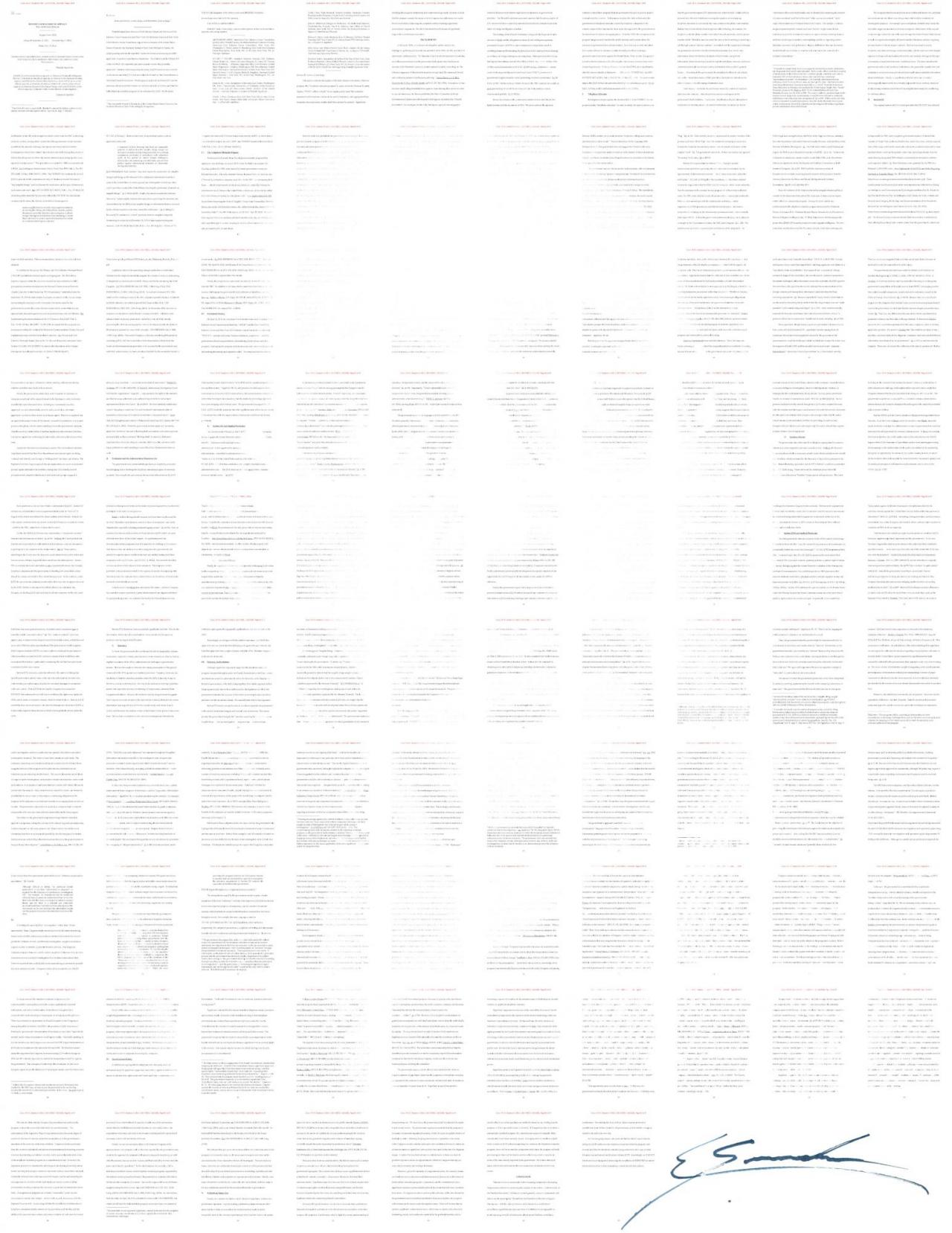 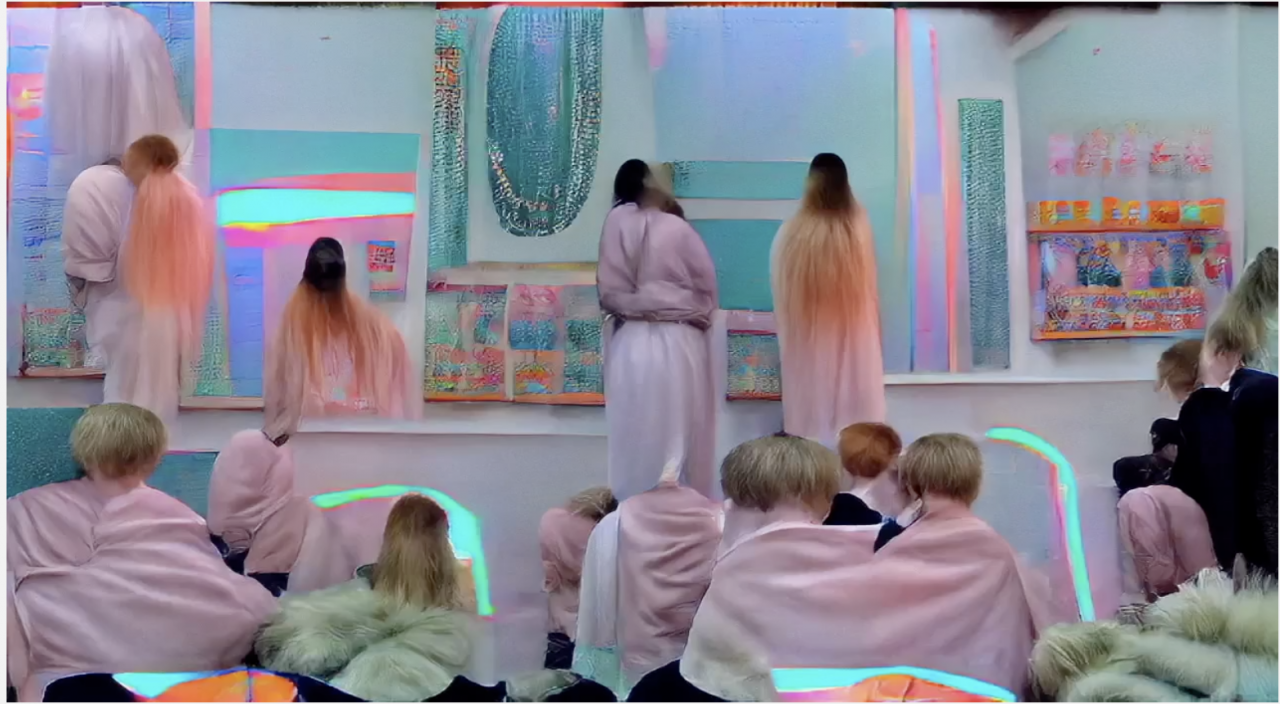 Ready to wade into tokenised waters, but feeilng overwhelmed by the big Open Sea? Let Spike be your guide: here are our favourite marketplaces, platforms, and protocols for cryptoart.

Non-fungible tokens: they’re as hyped – and as hotly contested – as their name is inelegant. I didn’t come here to explain them, and you don’t want to listen to me try. (Although, if that’s the kind of thing you’re looking for, Linda Xie’s beginner’s guide is a good resource). For my part, I’m ambivalent about Fake Internet Money and the market expansion it enables. Like, should everything be wrapped up into a neat little code packet, cursed/blessed with the virtue of scarcity, and launched into space to hang out in the InterPlanetary File System for eternity? Reservations are warranted. But then, opt out, and you’ll probably get accused of wanting digital artists to starve to death. Buy in, though, and you’re cooking the planet and/or singlehandedly responsible for the unchecked acceleration of capitalism – all depending on who you ask.

What’s a cautiously crypto-curious girl to do? In the name of journalism, we’re going Blockchain Gonzo mode, embarking on a nuance search in the Wild West of Web3. Here’s our list of the most promising players in the field. This is decidedly not financial advice. Hop in and draw your own conclusions.

Way back in 2015 – that’s centuries in crypto-years –Berlin based artist Harm van den Dorpel minted his first NFTs, including a screensaver entitled Event Listeners, where generative texts describing endearingly candid feelings of social discomfort float about on a black screen. The Museum of Applied Arts in Vienna bought twenty editions soon thereafter, becoming the first-ever museum to acquire a NFT and the first to pay for a work in cryptocurrency. This success – by van den Dorpel’s own assessment, an unexpected one – inspired him and his partner, Paloma Rodríguez Carrington, to found left gallery. Now, they sell “file-based” digital artworks including, although not limited to, NFTs. A delightful feature of their website: browsing is organised by file type, with formats ranging from websites to videos to entire apps for desktop and mobile.

The general tenor is peaceful and understated, with many works operating the legacy of Conceptualism – like Viktor Timofeev’s self-playing video game inspired by Yvonne Rainer’s Trio A. Other highlights include Travess Smalley’s Succulents in Early Spring, Kalanchoe Waldheimii (2013), a “photoshop painting” that began as a humble drugstore-printed photograph and has since been manipulated into glorious oblivion. Its browser-busting level of detail gives Hieronymous Bosch a run for his money – and clarifies the value proposition of investing in the full collector package, which includes the enormous (12646x9426 px!!) full-res file. (Interestingly, the work dates to before the first NFT boom, but it exemplifies the type of digital artwork where high-fidelity stewardship matters). Now, the gallery is working on developing their own proof-of-stake blockchain to mitigate the energy expenditure (and transaction cost) associated with NFT sales.

What do you get when a former GHE20 GoTH1K DJ retires his rave shoes to take up the JPEG trade? A platform that sells and exhibits the most undeniably Berlin NFTs on the market; namely, folia, founded by party impresario Dan Denorch and artist Billy Rennekamp. If the cryptoart landscape was the queue to get into Berghain, this crowd would never be hit with the heute leider nicht. That is to say: in contrast to the onslaught of generic 3D-rendering around these parts, many of the works presented on folia are aesthetically distinct and often critically engaged with the medium-specific possibilities of cryptoart.

Their offerings include graphic designer and beloved Twitter presence David Rudnick’s Exodus 2, a collection of esoteric haikus which, harnessing the power of cryptography, won’t be unlocked until 2061. The scope of emerging technologies at play also extends beyond crypto: other poetically-inclined NFT shoppers might look to Code of Holes, a suite of texts co-written by Emily Segal and the generative language model GPT-3, including a scrambled cut-up about having dream sex with Kylie Jenner. Unfortunately, that one’s sold, but you can still acquire Kudzu, the “first NFT virus”, which can be sent to any wallet address (your own, your ex, your enemies), “infecting” it with a charming, neon green pixelated pal.

As quickly as the token craze took cold, marketplaces suddenly sprung up to structure the shopping experience – and cash in on the boom. SuperRare, Rarible, and NiftyGateway among them, each sees itself in a unique niche, speaking to a particular flavour of consumer. In the subcultural matrix of NFT auction-houses, Foundation is undoubtedly the hot girl at the party. It’s often remarked that the aesthetics and ethos of cryptoart are alien to the art world, ported over from tech, streetwear, and finance; if one major player can be said to elude that generalisation, it’s Foundation. In a nod to the art world’s favourite pastime (gatekeeping), Foundation is invite-only for creators, which translates into a more tightly-curated selection – there’s still a fair share of memeing and tongue-in-cheekery, but the barriers to entry are high enough that few Foundation artists are truly just doing it for the lols.

Lest you should accuse the platform of being anything less than democracy-minded: they facilitated the sale of Edward Snowden’s first and only NFT – a portrait of the whistle-blower, superimposed on court documents ruling the mass surveillance programs he uncovered to be illegal – which sold for eight figures to benefit the Freedom of the Press Foundation. On the opposite side of the spectrum, they’ve also got Ryder Ripps’s “Hunter Biden Art” series: digital collages mounting strikes against the First Son, who, after shadily connecting Ukranian oil execs with his then-VP dad, has turbulently re-entered the public eye as a painter. Biden’s solo show at Georges Berges Gallery in New York, which opened on October 23rd, is open only for selective appointments, but his paintings can be seen in Ripps’s riffs – either a strong argument for or against the blockchain’s uncensorability, depending on your taste.

For something less politically fraught and more appealing to display in your living room, check out Katherine Frazer’s Keynote Paintings – intricate multicolour floral tableaux made using office software and inspired by the artist’s own AFK ikebana practice.

On Christmas Eve 2020, an enigmatic startup called Zora announced the dawn of an Internet Renaissance, proclaiming that the platform monarchy has fallen in favour of “unfettered and unrestricted creation”. May the last Big Tech oligarch be hung from the entrails of the last TradFi banker! At first glance, this emissary of the new guard looks just like the other big-box marketplaces: it has a main feed, a procession of squares being auctioned for unfathomably high prices; user profiles for creators (and collectors) to show off their goods; and a high volume of glossy, alien-looking things made in Blender.

Under the hood, however, Zora’s promise is intriguing. They unveiled, On New Years Day of 2021, a completely new – and open-source – protocol for registering crypto-media. Unlike most major platforms, where a token can only exist (and be sold) in the ecosystem in which it was minted, works registered on the Zora protocol are platformless and composable, which is a tech’ed up way of saying they can circulate anywhere because they’re totally self-contained. Anyone can mint an NFT with Zora and, in an uncommon turn, sales are commission-free.

Unfettered indeed, for better or for worse. Some wares, like one-of-one NFTs conferring bragging rights to exclusive ownership of “Top TikTok Moments”, emblematize the least savoury things about tokenization; evidently, not everything online should be saleable. But you’re equally likely to find Zora playing host to more critical crypto-commentary, likening the NFT boom to “tulip mania”. Somewhere in between, you’ll find MF DOOM masks, 8-bit rugs, and many, many (many) memes. Shitposting or detournement? It depends, I guess, on where the money’s flowing. To which I say: better here than Hunter Biden’s gallerist.