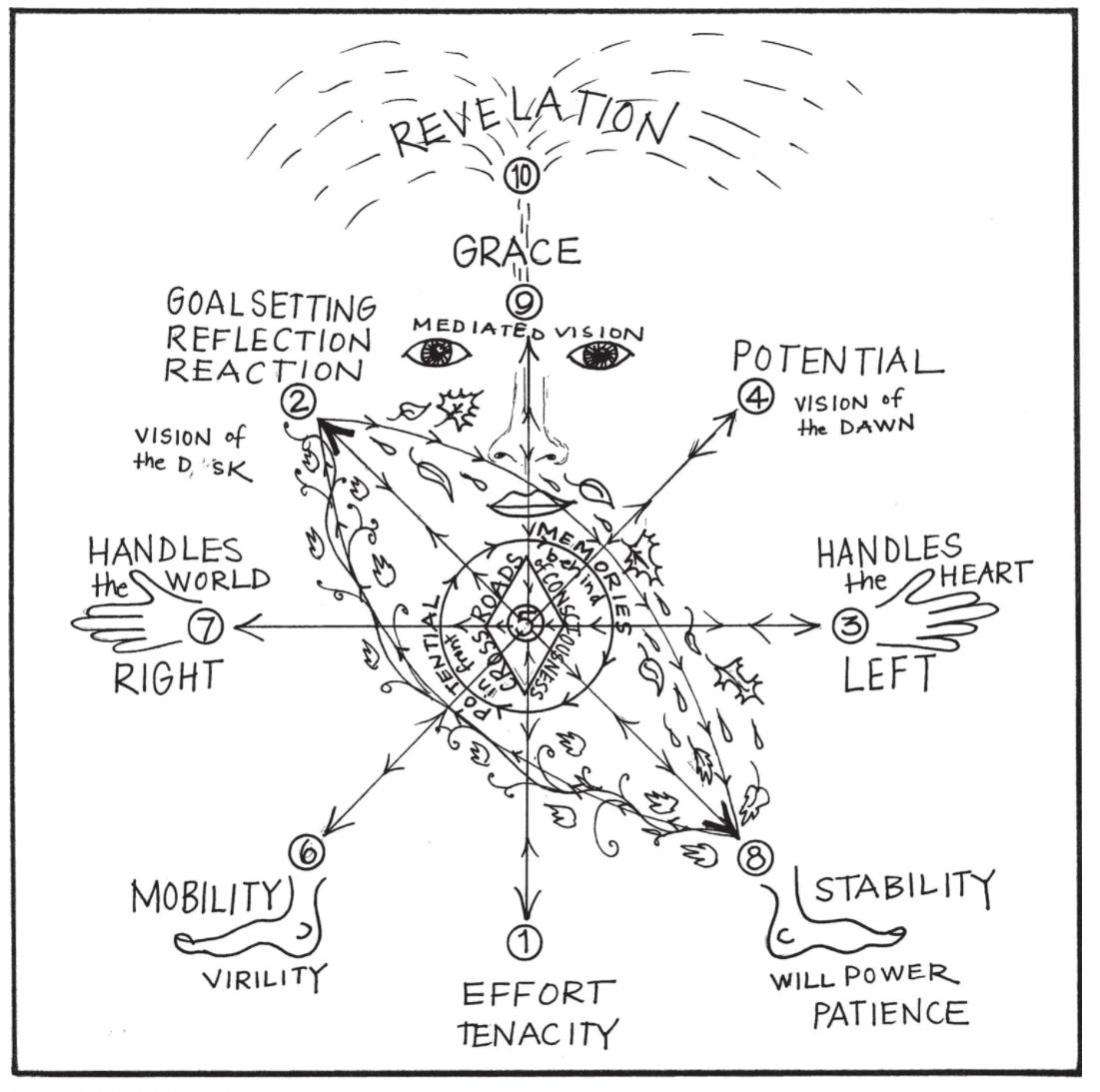 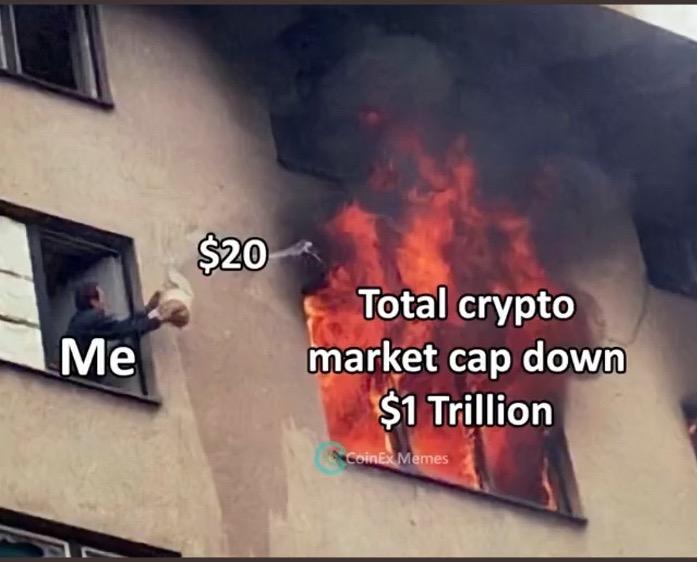 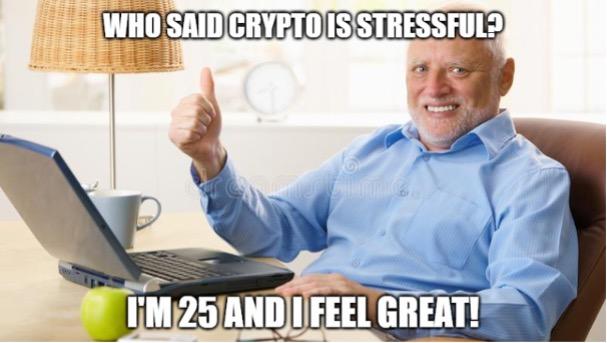 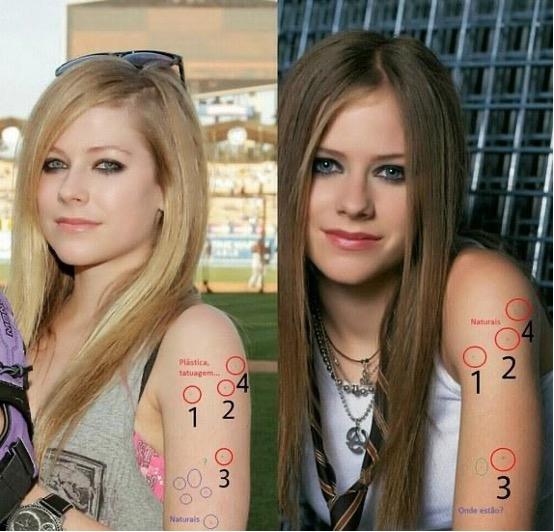 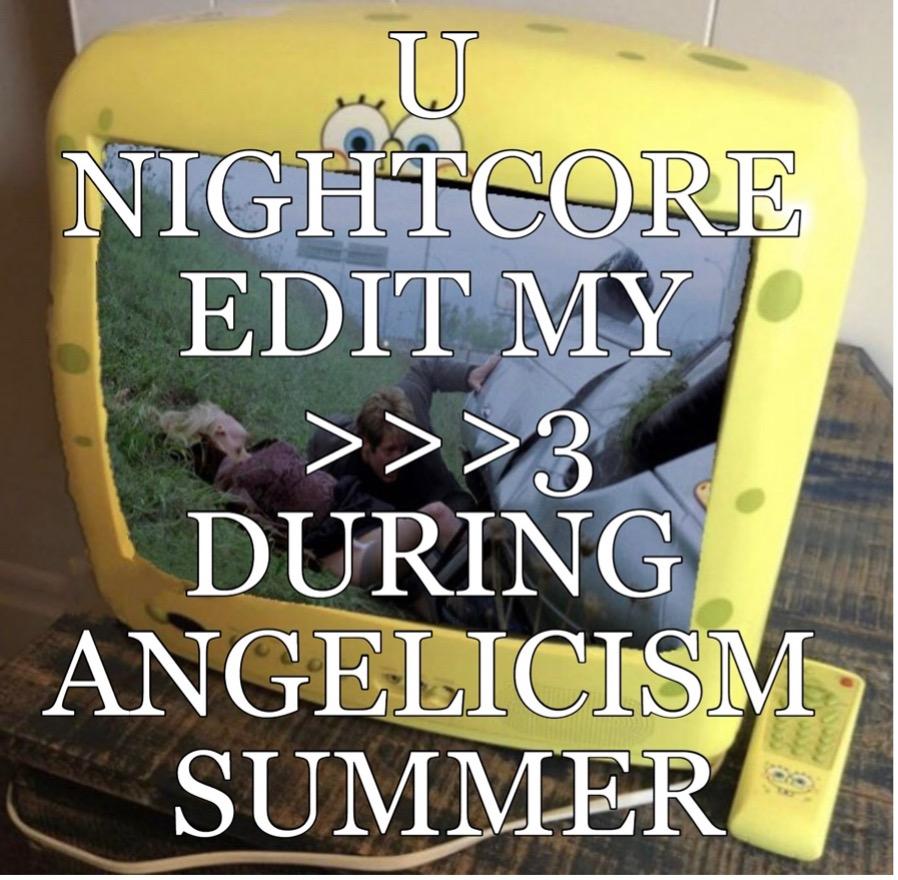 It’s Taurus season, and contrary to the earth-bound energy that springtime is meant to entail, I’m consumed with the ethereal: markets and matters of the heart, not necessarily in that order. To get “back” in my body — where I went, I’m not sure — I practice Katonah Yoga, an obscure lineage founded by two Jewish ladies in upstate New York. Like the CCRU, they’re obsessed with Kabballah, mystical numerology, and esoteric metaphors that might not be metaphors, actually. One teacher enjoins me to envision my body as a Magic Square; another conceives of energy as “currency,” as in, currents circulating in a system, charging it up so there’s more to spend. In spells of burnout and their corresponding hiatuses from the yoga mat, I study the unsacred art of overdrawing balances and borrowing against my future self.

The crypto market is tanking, plummeted, in part, by the collapse of TerraUSD, a stablecoin that lost its peg to the US dollar, and brought, like, billions collapsing down with it. Here is me hazarding an attempt to explain how value works in the crypto market: a black hole yawned forth and erased the money, all this money, more money than humans are equipped to comprehend.

It’s disorienting — the volatility, the incomprehensibility — but the cocktail of fear and schadenfreude makes my online shopping slip-ups feel quaint in comparison. The price of ETH falters and dips below 2K and I remember that, in a moment of hubris, I bought TradFi stock in Coinbase. Past Me was such a cold bitch, considering myself a real brainiac for investing in the platform that facilitates most lazy people’s crypto buying — betting against my values (or as people who work for banks euphemistically put it, hedging) in favor of a centralized exchange, i.e. the antithesis of everything cool about so-called Web3.

It’s telling, how financial risk is often cast in the language of “exposure.”

Open the long-neglected RobinHood app. No good. Tabulating my losses, I factor in both money and dignity. It’s telling, how financial risk is often cast in the language of “exposure.” I bought little enough not to lose much, but the being wrong still burns. My investment strategy — spending money as though my acceptably prescient aesthetic sensibility will yield some kind of return — is not working out this month, so I fall back onto other, more confident avenues for parlaying my social capital into actual liquidity, namely, freelance gigging in the art world.

Some friends’ blockchain startup throws an office-warming party just as the market starts heading south. The new space is glorious — like, absolutely palatial — except that the floors are too precious, thick glossy planks in need of special waxing, so everyone has to take off their shoes at the entrance. Just inside, a mountain of Hokas and Salomons piles up near the front door. A pollen-heavy breeze wafts in from the balcony as increasingly tipsy tech employees and their art-adjacent ilk slip around on the freshly-buffed ground. The aura is sanguine. Gazpacho is served; bottles of biodynamic wine uncorked; a PowerPoint is given. In our be-socked feet, a dev and I exchange conspiracy theories. The Queen of England owns a secret bunker built beneath my hometown airport, I volunteer. They enlighten me to the fandom-spawned hypothesis that Avril Lavigne isn’t really Avril Lavigne anymore — she’s been body-swapped with a lookalike who is now trapped in this compulsory lifelong spectacle of tomboyish sincerity. That’s sort of how it feels to be online, sometimes: frozen in an image of ourselves we once labored to create and are now doomed, perpetually, to perform.

The general mood in Berlin is improving as the weather warms and people’s lockdown-induced antisocial drug habits turn back into clubbing-induced prosocial ones. Walking through the recently re-inhabitable world, the people who are not checking their portfolios are radiant. I pass a blessed night at Berghain, courtesy of Courtesy, a Danish DJ, whose sets are ebullient; her eye contact with the audience, unflinching. The fashion directive seems to be “Y2K meets t.A.T.u. eurotrash meets earnest S&M” and, for the first night in my recent memory, not a word is murmured on the subject of crypto. Smash cut to a different party where, in the wee hours, I witness someone get bitched out for stealing a glance at their glowing screen, checking a trade and “yucking the yum.” Lines go down, vibes shift, serotonin is artificially manipulated.

How do you cope with the real effects of a collapsing social fiction? Every book by the philosopher Byung-Chul Han says basically the same thing: love is pain, and that’s what makes it beautiful. Enduring things that suck, occasionally, still sucks less than the totalizing tyranny of constant optimization. I refuse to apply the principles of management consulting to my life, and that extends to my digital organization practices, so instead of copying down passages from books I like, I just hectically take photos and let them rot in my camera roll. In a moment of insecurity — chalk it up to Mercury Retrograde or market forces —  I’m looking for something from The Agony of Eros but I can’t find it, and instead, I find a nugget from Bernadette Corporation’s Reena Spaulings:

I am continuously killed by love. In bed, in the streets, in the movies. I’m addicted to maximum exposure and maximum identification with whatever touches me, a conspiracy involving myself and everything. Is that love?

How do you cope with the real effects of a collapsing social fiction?

Some pure joys persist, bear market be damned. We will always have love, which is maybe also suffering. The perverse pleasure of exposure, refactored as strength. And when that doesn’t pan out, there are other low-effort mood elevators. Early 2000s pop songs, mostly, sped up 33% and appended with anime album artwork — nightcore remixes, resurfacing from a decade ago themselves. At this point, I can’t make it through an evening without queuing up a track or two. A friend calls it my “nightcope.” Ten pm is the witching hour, when fatigue and solitude prime the weak among us to give into temptation. The sober, mindful people feel the want for drink arising and release it like a passing cloud. Me? I’m at my computer, fiending for a nightcore nightcope, something that sounds like, but isn’t exactly, what I remember as Avril Lavigne.

ADINA GLICKSTEIN is a writer living in Berlin and an Editor-at-Large for Spike. In the future, USER ERROR will run on the first Wednesday of every month.

Screenshot from Soundcloud by the author