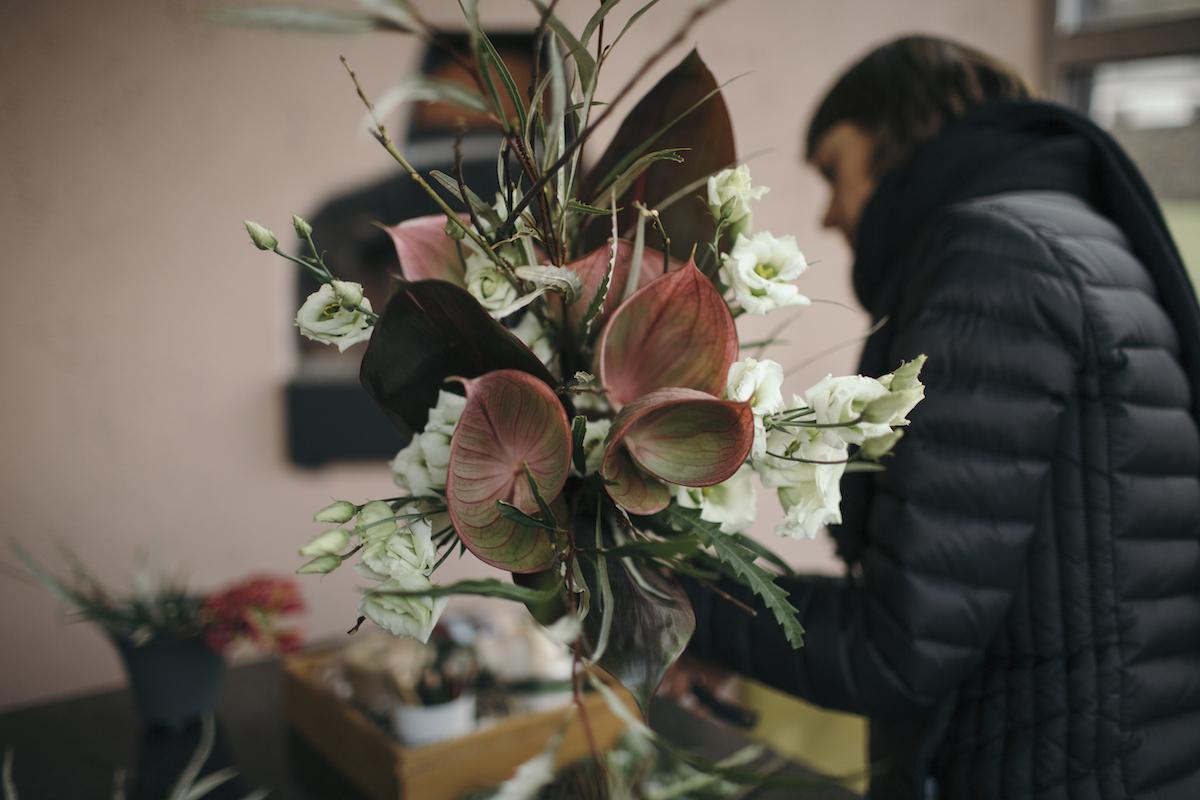 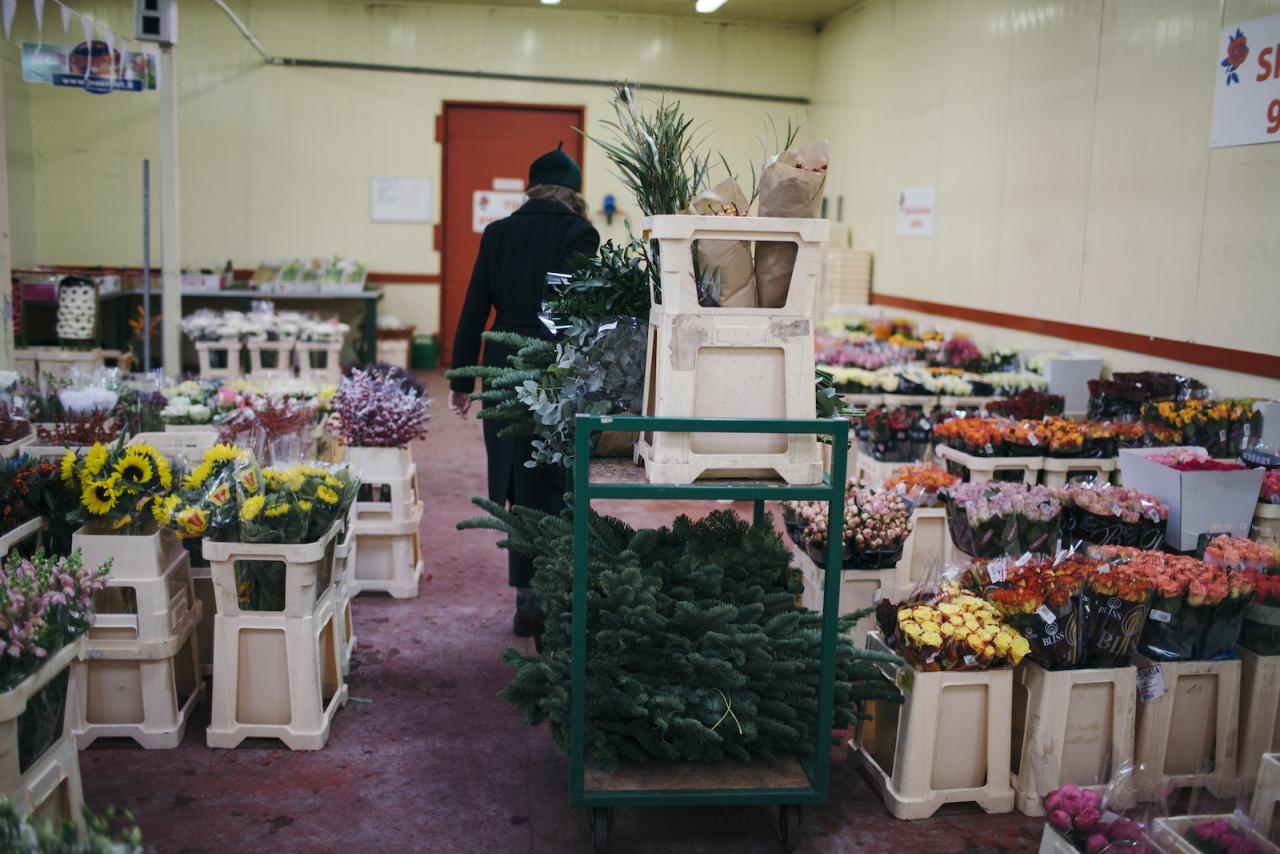 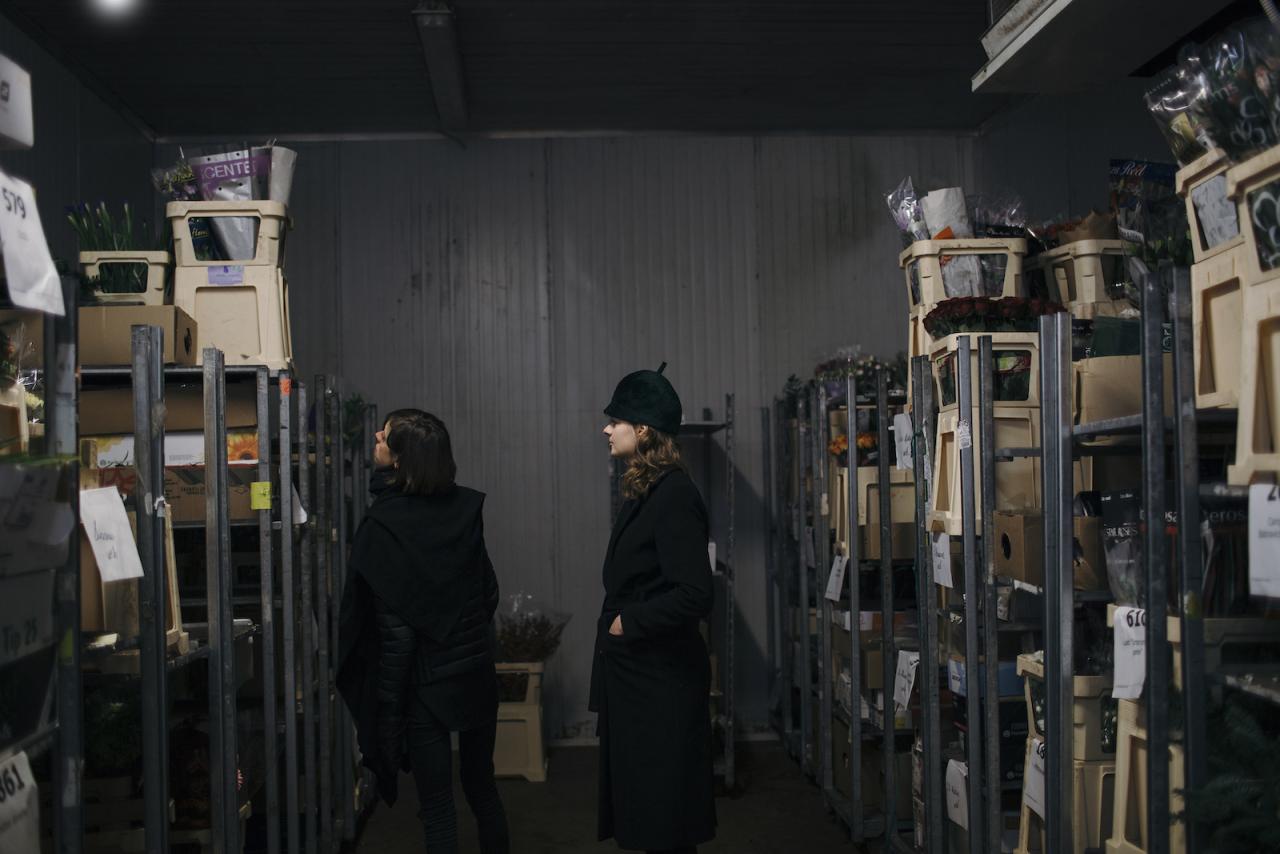 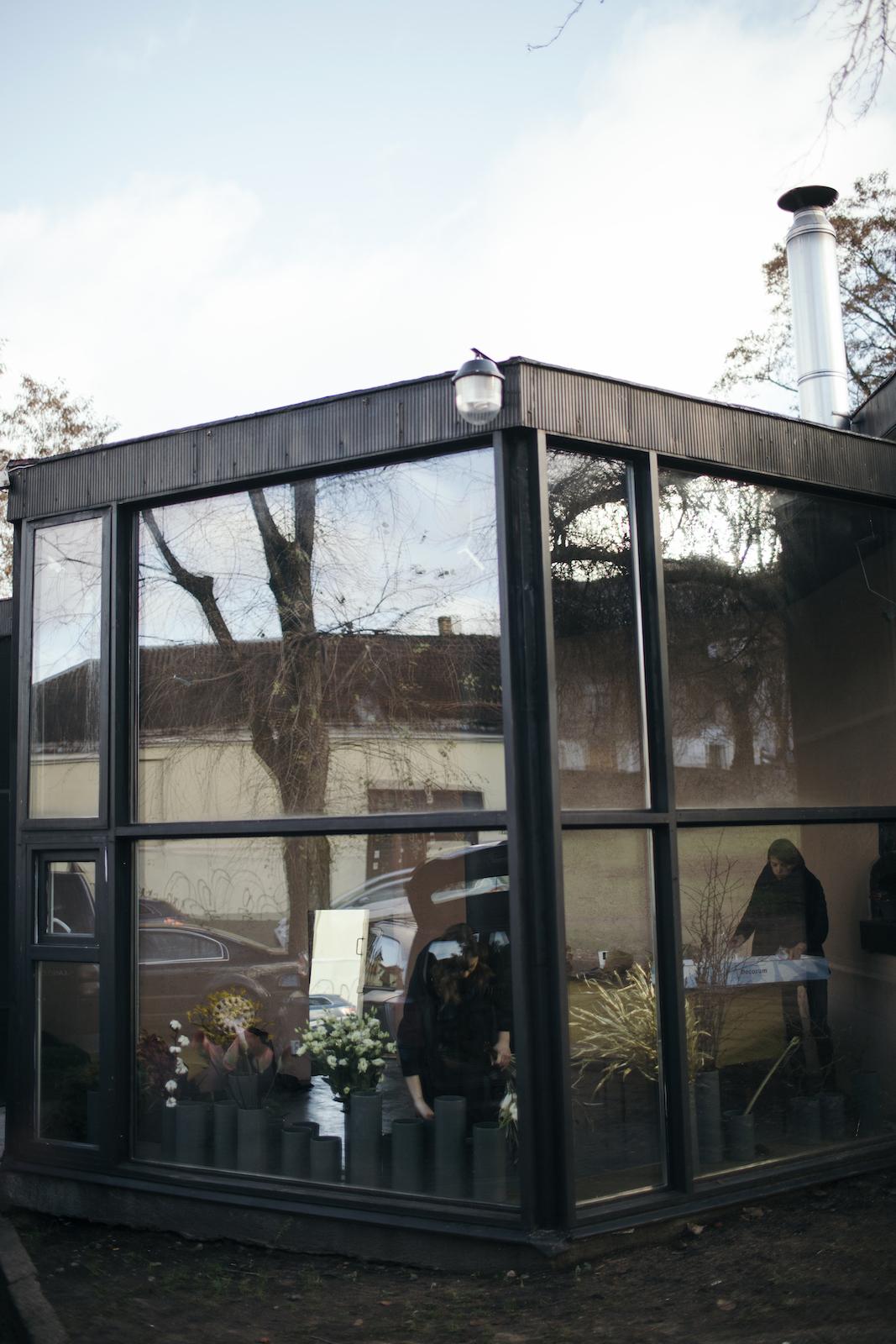 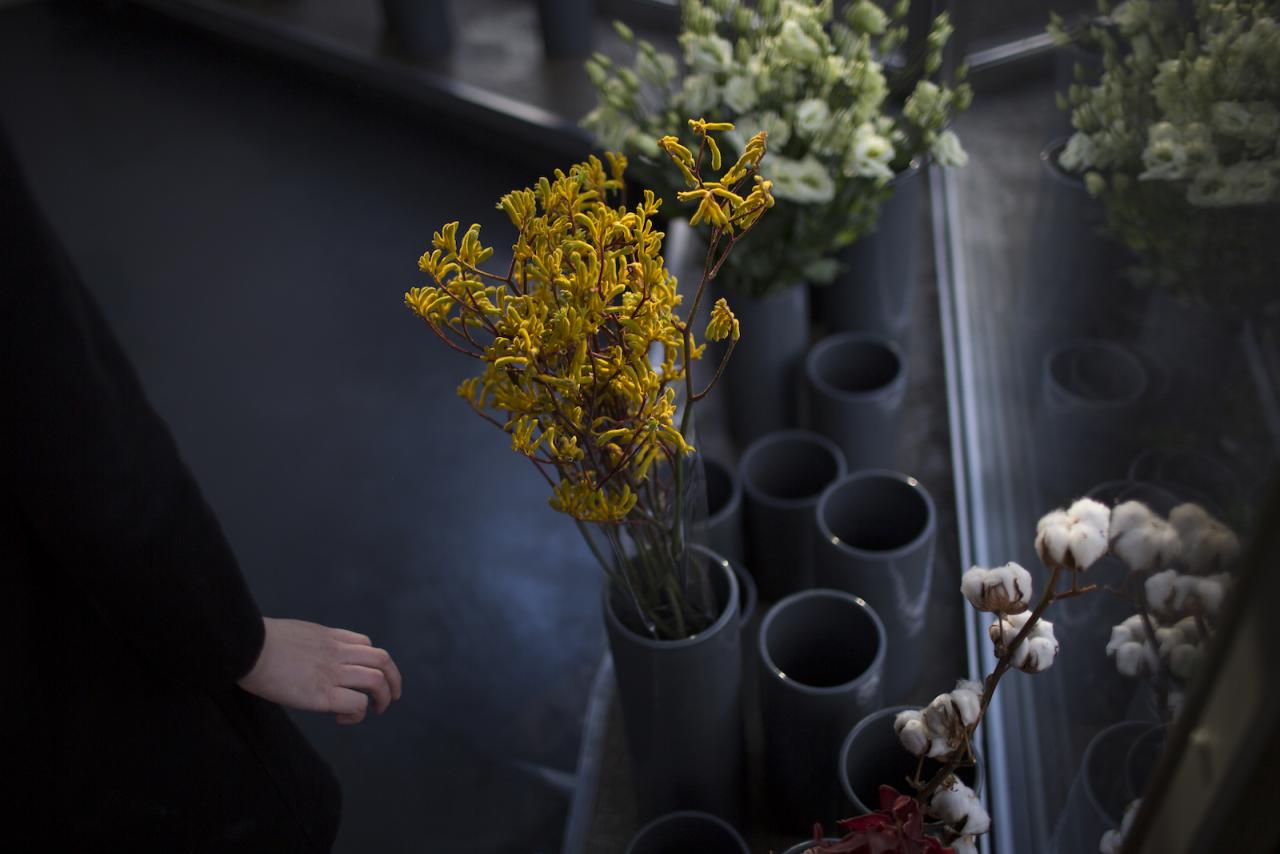 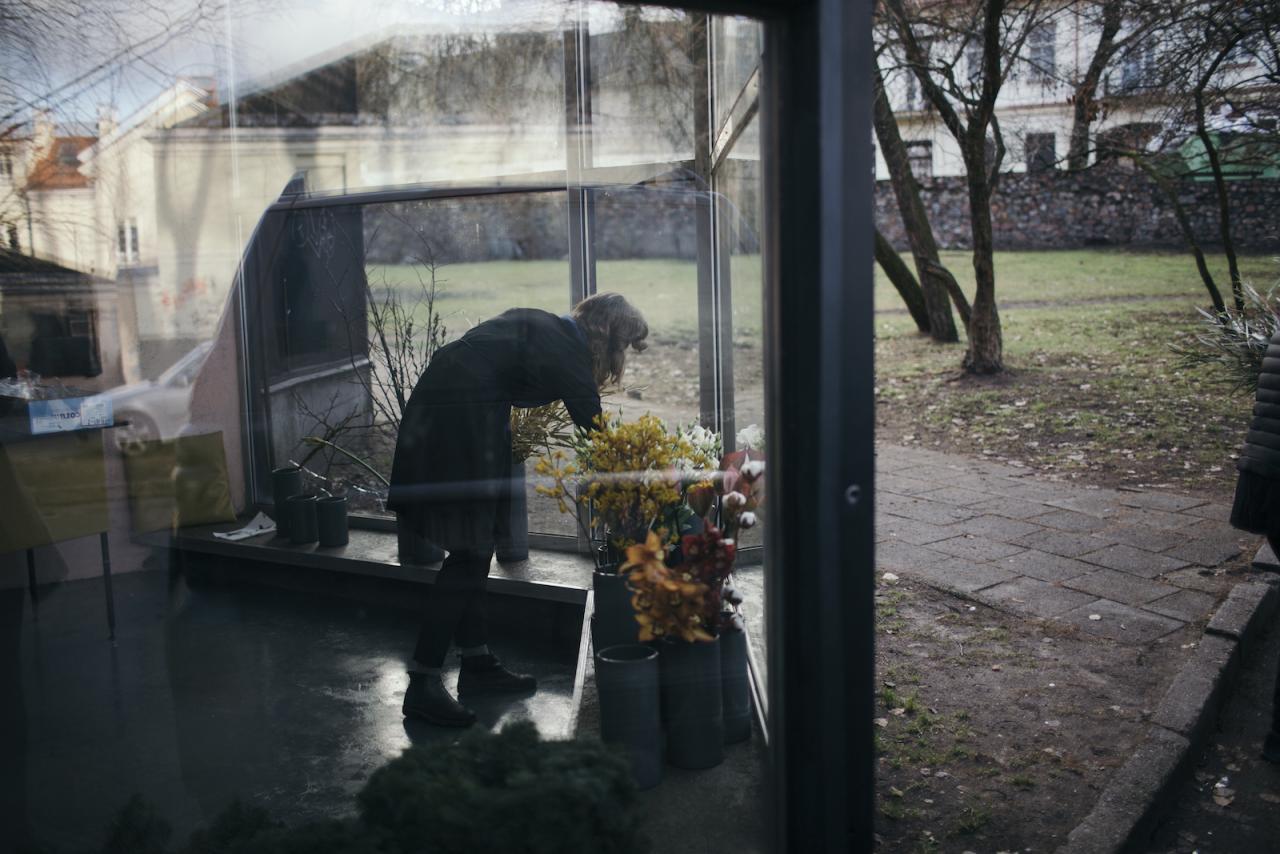 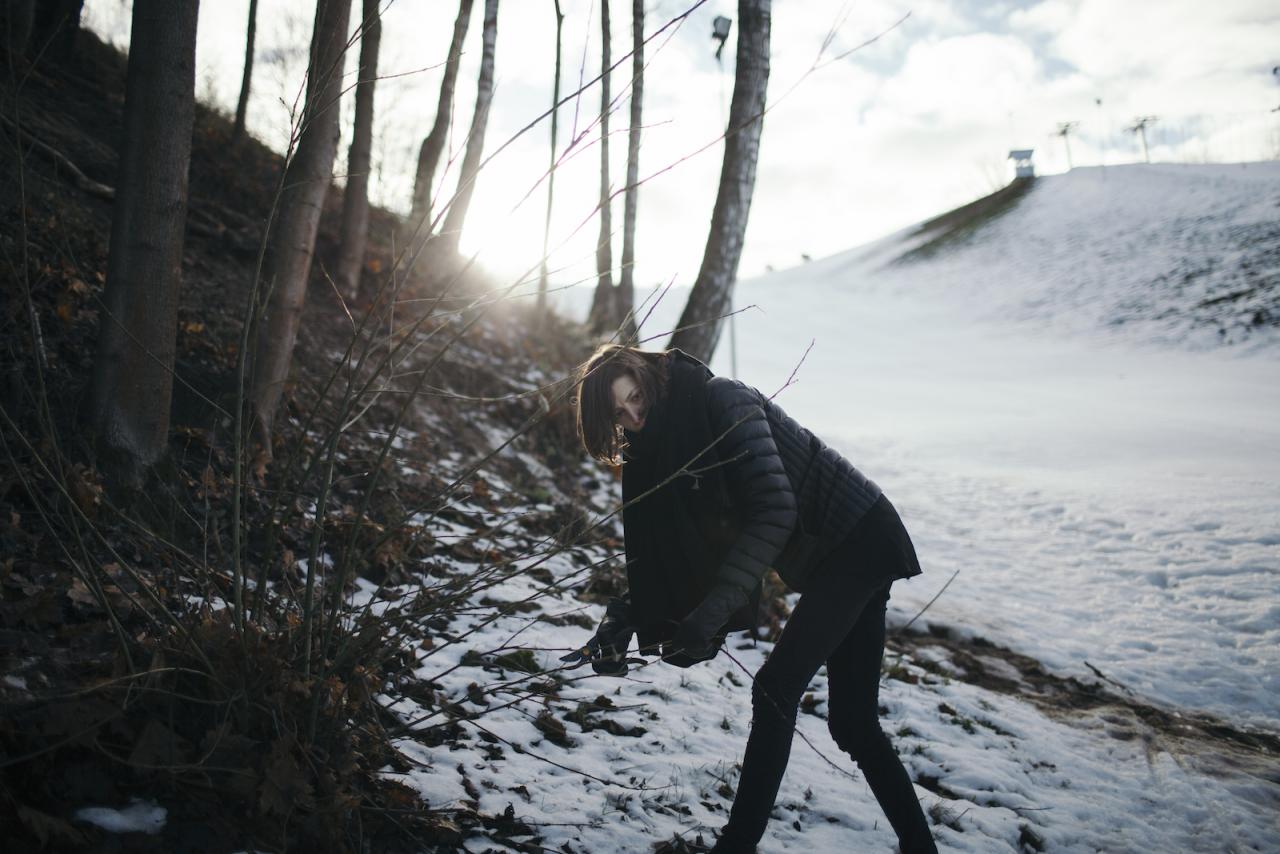 An interview with Aurime Aleksandravičiūtė of the Lithuanian gallery "Tulips & Roses”, who has since left the art world to find solace in floristry

Tulips & Roses was a gallery in Vilnius, Lithuania, that was founded in 2008 by Jonas Žakaitis. Aurime Aleksandravičiūtė joined as a partner in 2009, and the gallery soon developed a respected, international reputation, representing artists including Lucy Skaer, Liudvikas Buklys and Rosalind Nashashibi. In 2010, the gallery relocated to Brussels and that same year joined forces with the galleries Limoncello and Croy Nielsen to found the SUNDAY art fair in London. Žakaitis and Aleksandravičiūtė also published an art magazine, The Federal, from 2011 to 2013, and were commissioners of the well-received Lithuanian Pavilion for the 55th Venice Bienniale, which was curated by Raimundas Malašaukskas, one of Tulips & Roses’s artists.

In the whirlwind in preparation for Venice, Žakaitis and Aleksandravičiūtė decided to close the gallery, posting a message to their website, which read in part: “The reasons are prosaic, predictable and not really worth your pixels”. It continued: “Our former Brussels space is now the office of Amnesty International (seriously)”…

Shortly after the end of Tulips & Roses, Aleksandravičiūtė happened to pass by a flower store that was closing down and decided to give being a florist a shot. Years after founding her own Vilnius-based floristry business Buketai, which she now runs with her sister Ignė, I wondered: Is she happier? I was greeted with a massive smile over Skype. She said, “I don’t regret a single second moving into flowers. I wouldn’t go back [to art], at least not right now”. Over a few calls and emails, Aleksandravičiūtė expressed her malaise toward the art world and the pleasures of working with flowers.

Ché Zara Blomfield: You seem to have found solace in floristry. Can you reflect on some of the joys?

Aurime Aleksandravičiūtė: Oh Lord! Really, the joys are everyday – from waking up early in the morning and driving with the truck full of flowers through crisp empty streets to visiting local flower and plant growers; from ringing the doorbell, introducing myself as a surprise courier and handing the bouquet to someone to unpacking boxes with weird and unseen flora that we ordered from Holland. I enjoy having coffee and Excel spreadsheet moments on Mondays and Tuesdays, but also getting a message from a person describing his wife's character and asking us to make a bouquet, carte blanche, or making massive installations for events while a band does its sound check. I even enjoy Sundays, when it’s technically a day-off but we are receiving messages from people who are super happy and want to thank us for yesterday’s flowers, or checking flower suppliers in other cities and countries, or making a wild arrangement with a limited amount of ingredients. I could continue for another two hours, but I guess you’ve caught the drift! Really, the joys are all over, everyday and never-ending. Flowers are about sharing joy, beautifying occasions and moments, expressing love and transmitting happiness. Mamma Mia, I sound like an over-enthusiastic preacher!

You’ve previously said that you have a feeling art needs to change, but how so?

There are many problems and I don’t have solutions for all of them, but what strikes me is the lack of transparency regarding backing, money, sales, the secondary market, galleries and collectors. We shouldn’t hide things. More honesty would do good.

"I like that flowers appeal to a much wider range of economic backgrounds. Everyone has some sort of connection with flowers."

You said that unlike art, there is no pretense with flowers.

I like that flowers appeal to a much wider range of economic backgrounds. Everyone has some sort of connection with flowers. Whether it’s because your grandma grew them or because you like yellow flowers on your wedding anniversary, the connections are not snobby.
When I started with flowers I had no image, vision or plan. There is a lightness to it; it's just, “this is what I do”. The meaning is always much more important than the message, because flowers are just the messenger; people care more about the effects. People think that what I do is artistic, but I don’t think of it like that. Flowers are much more practical compared to art.

Tell me about the rhythm of working with flowers.

In the autumn I get a bit of a break, because the weddings and parties and everything that happens in the spring and summer are disappearing – like the flowers! But during the Christmas season it starts to get busy again. January and February are disasters, like in life – you spent all the money at Christmas and then you have high bills to pay.

And November is also a dead month. All of the berries shrink and the local flowers are gone, but with that we also start seeing things we didn’t before. We don’t have strict rules. We might just walk and use something that we see. It’s very spontaneous. It’s nice to work with less supply, less ingredients. When there is almost nothing around, you start to see more, you get more creative.

Tuesday is the worst day, because fresh flowers arrive on Wednesday, and we try not to keep stock. So I might go on a morning run and pick something, or use the plants I have like pick a weird succulent and put that in a bouquet. It can be stressful but it’s a nice game.

How does it feel in the springtime?

It’s kind of incredible when everything comes back. You see a little bud or a green leaf and it’s very shy, very illustrative of how people feel. Then in the first part of summer, everything explodes. In the second part of summer there are paler and subtler shades. It’s very connected to how people act.

This morning I bought yellow roses in the supermarket and was thinking, “Where the hell did these come from?” I have no idea; it becomes so abstracted. I also thought about this “local” movement. Can flowers be political?

Flowers got really expensive in Vilnius, so it's much cheaper to buy from Holland. The bigger countries get the better supplies and the wholesale prices are cheaper. It can be political when it is connected to economics, like if you’re using only local flowers. But even if people had money to buy the local flowers, it wouldn’t make much sense because so much infrastructure would be needed to maintain flowers between November and March. Using flowers to express feelings or surprise someone is more important than using local flowers.

Since opening Buketai, you have also worked with art on a few occasions, including projects with the Kunstverein München and Flora Powers with Paloma Powers. What were those experiences like?

It was nice when art came back to me through flowers. The Director of the Kunstverein München, Chris Fitzpatrick, was a bit sad that we closed the gallery and, as a friend, he wanted to find a way to communicate with us, so he invited us to be the flower curators. Much like what happened at the Metropolitan Museum of Art in New York, but on a much smaller scale, Chris found someone to fund fresh flowers for one year, during nine exhibitions. We went to Munich once and made the first arrangement ourselves. Then before the other exhibitions we took inspiration from the press texts, stories, colours – whatever – and ordered the flowers online and did a live installation over Skype with various people working at Kunstverein München (graphic designer Julie Peeters, coordinator Sarah Donderer or Chris Fitzpatrick himself). It worked surprisingly well. It was a nice process because we didn’t really think of it as part of the exhibition. The arrangements were displayed in the bar downstairs, so we weren’t trying to break boundaries or interfere with the artist’s work.

The general feeling was similar with Flora Powers. We helped create floral arrangements for five artists. The artists didn’t have a precise knowledge about flowers but they completely trusted us. It was a super nice, fun, interesting & creative time in Berlin. Exactly like the final floral arrangements that came out of this project! When I look back at them now, they look cool and innovative to my eyes. And this is the beauty that art can propose – this vast and almost limitless creativity.

What is it like now viewing exhibitions from the outside?

I still check the exhibitions from time to time but since I am just a viewer from the street, I have no duties or expectations attached and that makes it all a bit different. The other day we were working next to the National Gallery of Art, making messy arrangements with ash berries, sea buckthorn, beech and other local ingredients. A street sweeper, a security guard and a random passerby walked through our temporary workspace and they all complimented the arrangements. Those are the tiny yet massive joys of my everyday.