After Art: Ying Le on the wonders of tea 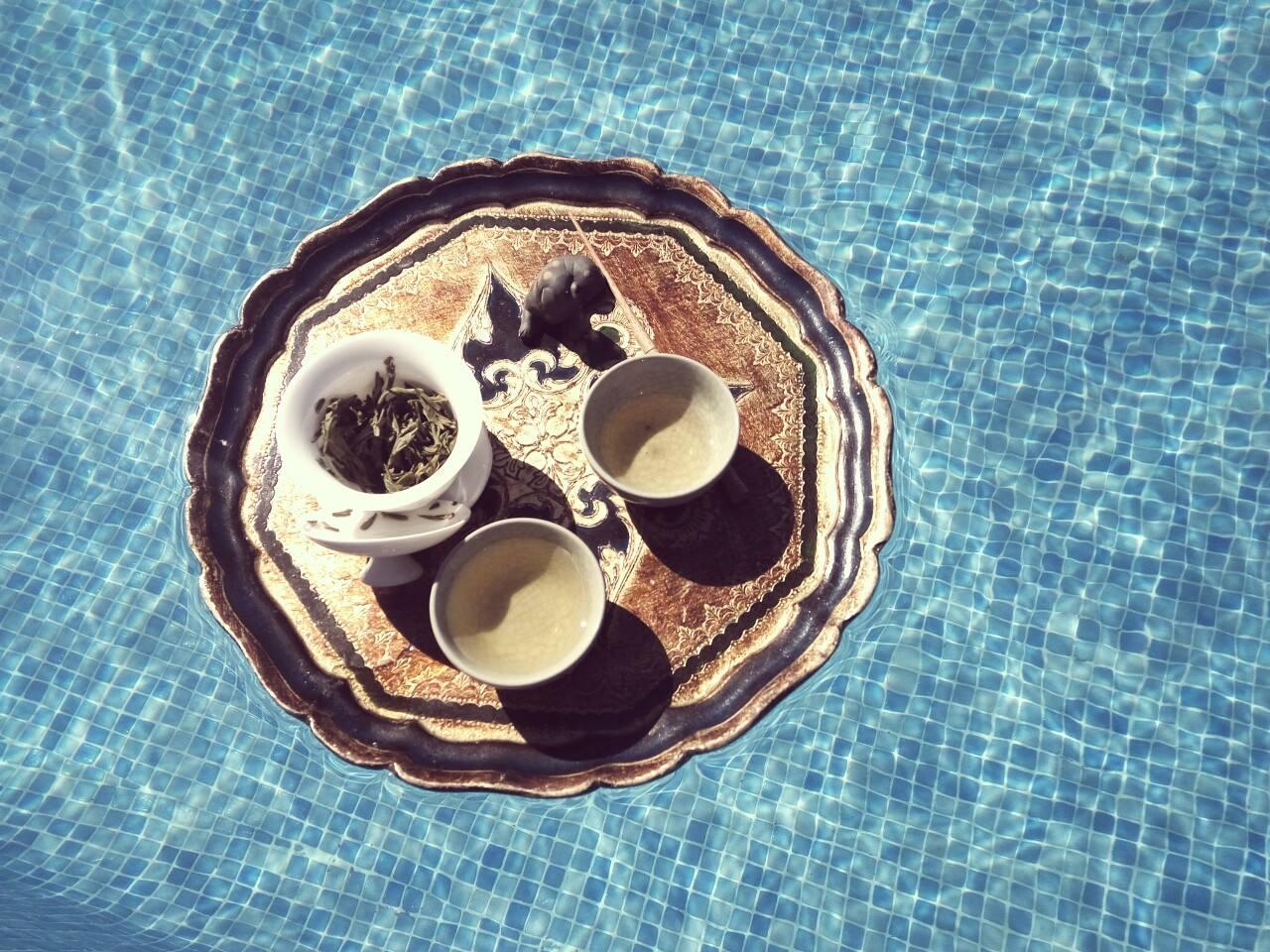 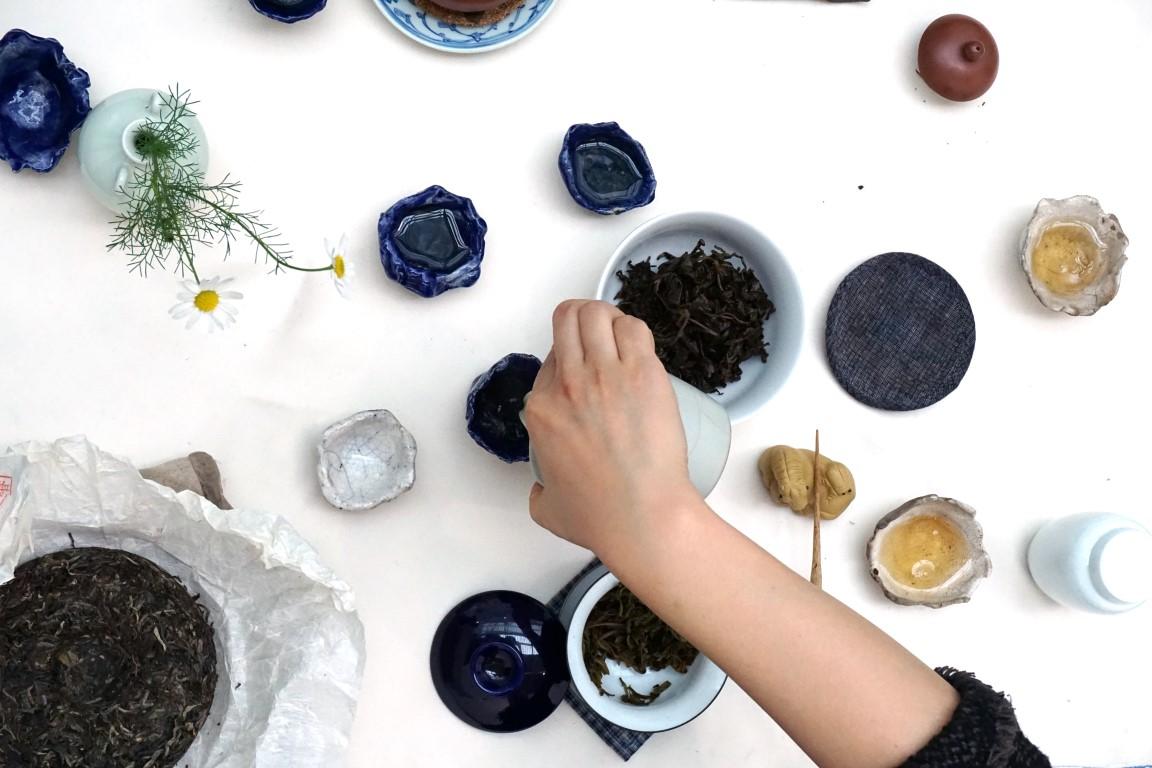 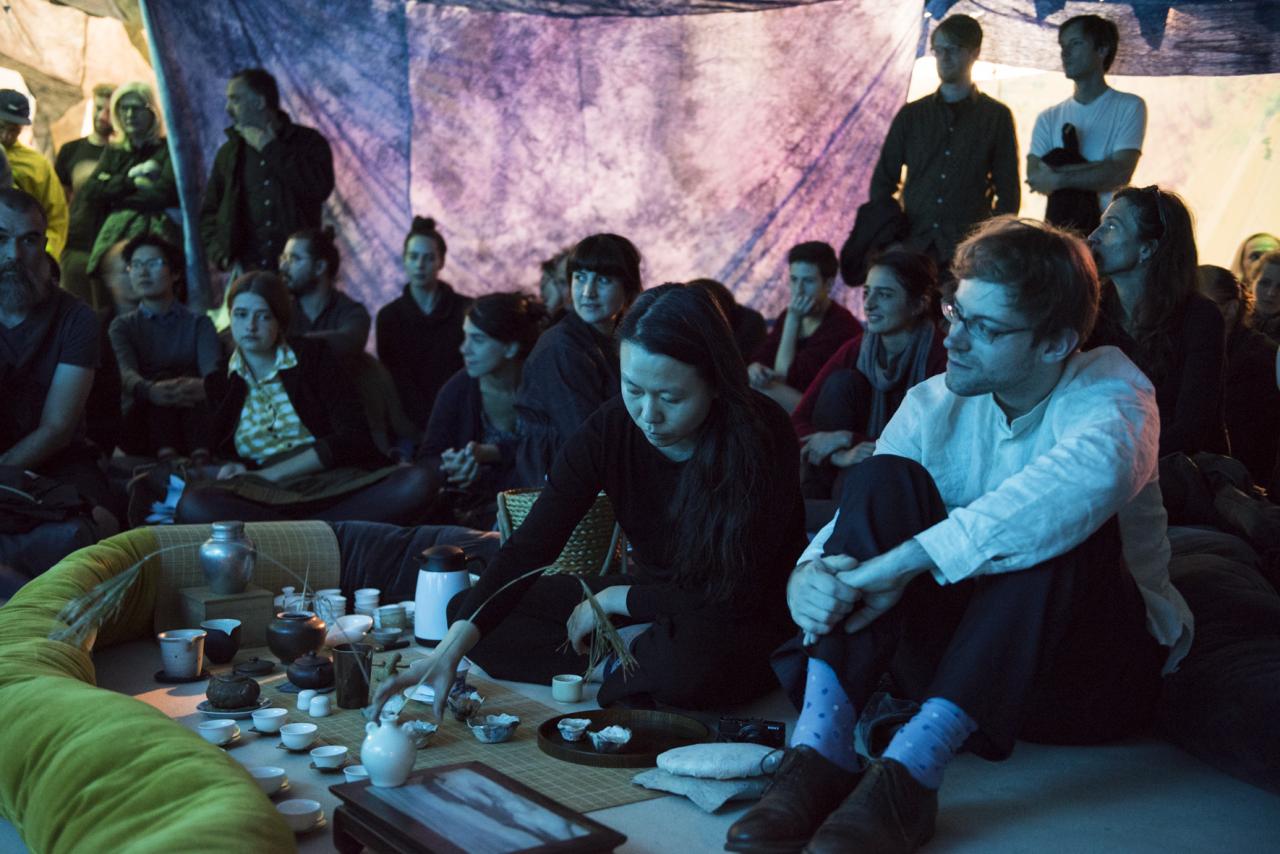 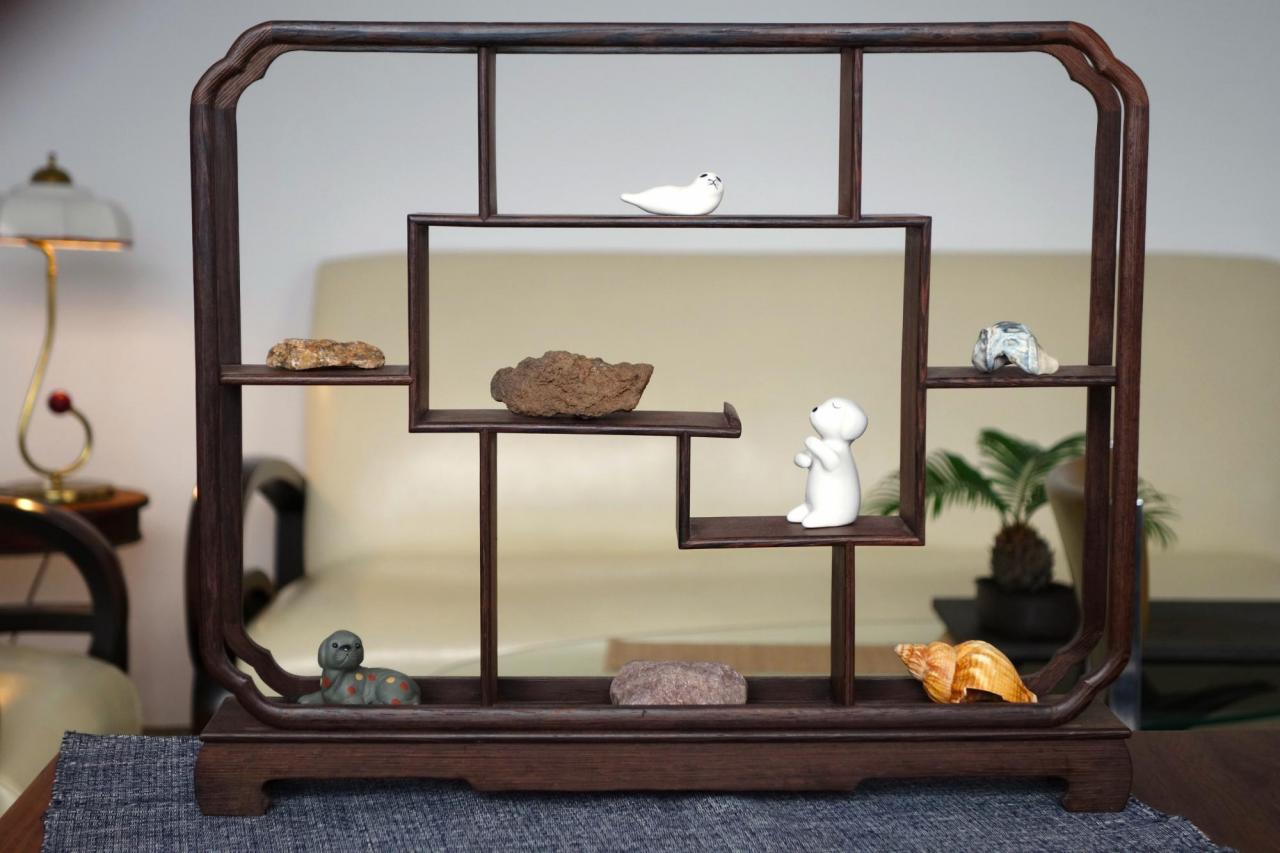 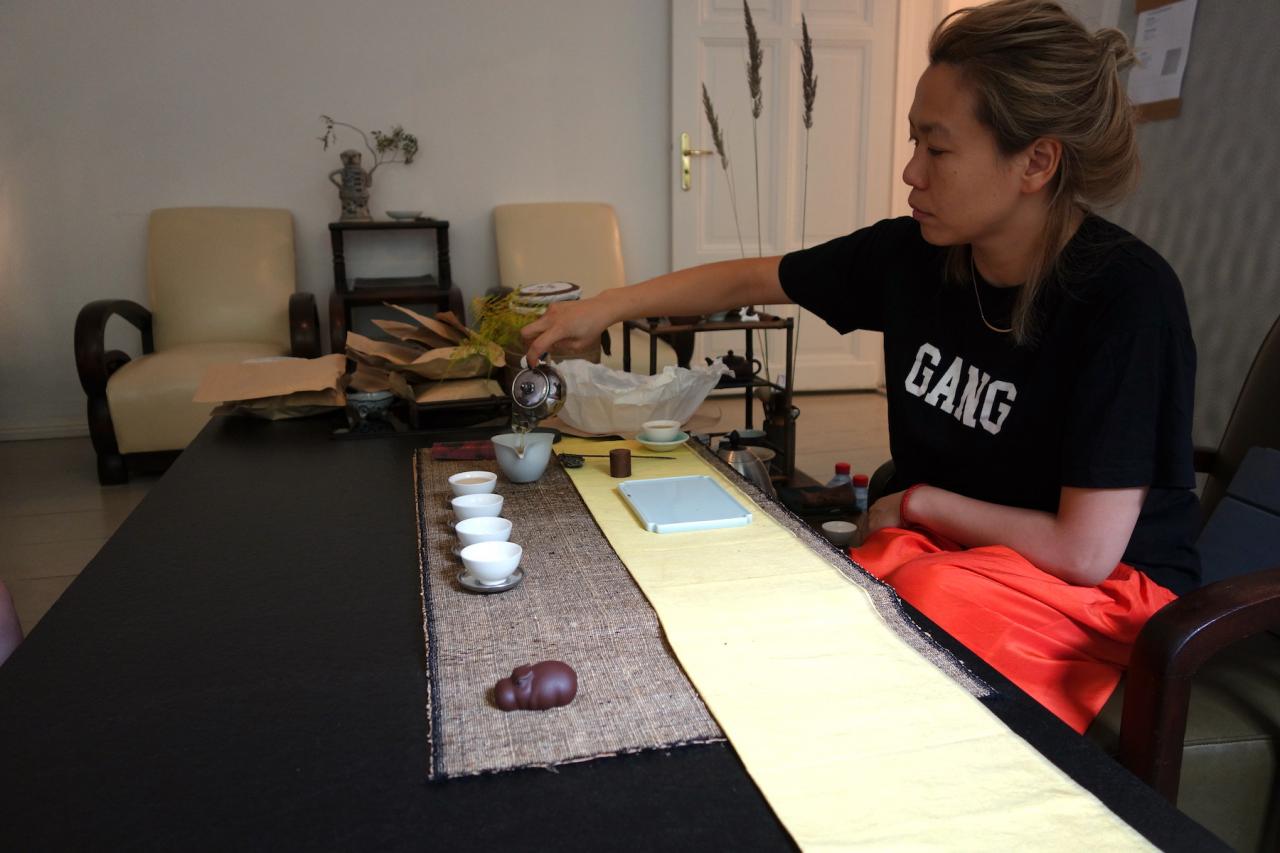 An interview with the founder of Berlin tea garden Thirsty Moon on why she found what she was once looking for in the art world in the practice of tea.

Although she’s a specialist, Ying Le rejects the title of tea master, dismissing it as a label associated with western ideology or humbly suggesting that the term should be applied to those with far more years of practice. In her view, the practice of tea – from selecting leaves to brewing and tasting – is a constant learning process, something that began, for her, in 2012, after she finished studying art at Central Saint Martins in London, where she wrote her dissertation on relational aesthetics.

In 2014, after two years of travelling, thinking and dancing at Berghain, Ying settled in Berlin and opened a tea garden: Thirsty Moon, which was originally located on Tucholskystrasse in Mitte, specialising in whole-leaf tea from China. In the basement, the artist Paul Sochacki opened Teri Garten, a project space that hosted artists including Silke Nowak, Bettina Allamoda and Reto Pulver. The artwork installed downstairs often spilled over into the tearooms upstairs, and Ying and Paul later collaborated with Pulver to hold tea ceremonies at the Haus der Kulturen der Welt, Berlin, and FIAC, Paris, with the gallery Hollybush Gardens.

Thirsty Moon, which has since relocated to a courtyard close to KW Institute for Contemporary Art on Auguststrasse (open by appointment), now also hosts workshops focused on preparing tea, learning about tea’s history, and tasting a variety of leaves and fermentations, most of which Ying buys directly from Chinese farmers. When I spoke with Ying, who grew up in Oslo, she had just returned from Yunnan, a mountainous province in southwest China where, according to tradition, tea was discovered in 2737 BCE.

Ché Zara Blomfield: We met by coincidence because I hosted a tea ceremony as an art performance by Mai Ueda in 2014. Since then I’ve learnt a lot about tea from you, though I’m curious how you found your way to tea, specifically what drew you from art to a more professional involvement with tea?

Ying Le: While studying art it was hard to not position myself within or ignore the structures of a prefabricated “discourse”. You could talk for or against the structures, but you would still have to think about whether your art was going to be "relevant" enough to circulate. To my understanding, relational aesthetics provided a place that simply doesn't have to deal with these questions; there is simply nothing to be achieved here. So I thought working outside of art made more sense – that perhaps something more truthful to what we would like to experience, in terms of coexistence, could happen in the middle of everything. Today, if you actually bother to see an exhibition, the chances that you will be stimulated are quite minimal. Usually everything happens everywhere else and then the art world visualises and canonises it into something economically and politically useful. I learnt about real tea leaves by chance, but it was an immediate recognition. The more I drink and learn about this plant, the more I understand a certain connection in the middle of a very lost track. It brings me somewhere closer to what I would like to call home.

"Today, if you actually bother to see an exhibition, the chances that you will be stimulated are quite minimal"

Tea can teach one a lot about wholeness, especially considering the knowledge that is beyond the mental, that exists in the body, in the earth, and so on… What do you mean by “lost track”?

I think this lost track somehow refers to a point where the image itself has changed history, or changed the way we look at and understand the world through images. Western art history has been very focused on the image itself – how Jesus looked, how whiteness looked, etc. – and it creates a way of recognising things that might have been more abstract before. The power of the image brought democracy through enlightenment, but then things such as cultural differences, genders, origins, identities, and body versus mind quickly led to separation and worse, segregation. The intellect can be manipulated in any direction in the name of progress. In other parts of the world, art is still a quite comprehensive thing. Visual art is not more dominant than other art forms, such as music, poetry and dance.

We have this idea that the brain is faster than the body, but the body reacts much faster; it sometimes takes the brain days to recognise and process information. When you feel love, your body always knows before. These days, it is very common for us to put too much emphasis on the brain. When you drink good tea, it stimulates the senses. There is nothing to be proven apart from feeling content, and that is a good track.

Right, so the image stimulates the brain while other things stimulate the body. We are lost because we have separated the two. Tell me about your recent trip to Yunnan.

I spent days talking to scholars, including the children of Han intellectuals, who were moved to rural areas such as Yunnan during the Cultural Revolution in the 60s. They predict and lead the future of the only remaining ancient and native forest of tea trees, but local farmers have their own ideas too. Sadly everything is still political.

When you taste leaves from slowly grown ancient trees, which are mostly wild yet cultivated tea trees close to 100 years old, it activates many blocked sensors. It makes everyone instantly shut up, every time. It makes me think of the power of a non-image-based memory. I’d like to know more about the benefits of pu-erh [a fermented tea produced in Yunnan], but its unlikely that scientific research will be done. For example, we have extensive studies on antioxidants in green tea, but no information on DMT in pu-erh tea. It is very likely that older plants have higher concentrations of DMT.

"At a time when art as an image seems flat, I have found tea leaves to be a very complex medium"

So you propose that tea is a way of memorising or remembering feelings rather than images?

It has opened up many blocked areas within my body, and tea drinking has undoubtedly influenced the way of life and thinking in Asia. It has, for example, had a huge influence on Buddhism taking root and spreading. At a time when art as an image seems flat, I feel the need to dedicate more time to make other connections and have found tea leaves to be a very complex medium.

How do you think art and tea relate to each other?

Everything can be art, but not everything is art. With Thirsty Moon, we practice tea as a form of living art. The transformations and impacts we have seen are slow and enduring. The way of tea known as Cha Dao is a reflection on and practice of how art can, again, reanimate life and our relations to the whole.

Going back to relational aesthetics, I was interested in what Rirkrit Tiravanija was doing in the 90s because it was not a performance for someone to watch. He insisted on the importance of cooking and serving visitors something that he eats every day. For me it emphasised that he is sharing something dear and familiar to him, and this energy is being consumed and transformed by people who share his food, and that energy will continue to circulate. That is more interesting to me than many visual exercises and materialised narratives. I’m not saying we should all drink tea and cook dinners all the time as art, but it’s a reaction and an attempt to balance the current.

I was also thinking of the effects of scarcity and value in the market for pu-erh, which bring extreme wealth to those who own old tea trees and have led to specific pu-erh “cakes” being auctioned in parallel with famous artworks.

In general you should know where the tea comes from, how it is grown, and when it was harvested. Tea that comes in a fancy package without this information is normally just industrially produced tea. Once you have good tea leaves, you need to prepare the tea with knowledge and 心 (xin) – the heart which doesn't merely function as a blood-pumping organ but also controls the less visible relations to our pulse, thinking, and breathing. It all influences the way we prepare a good tea. It’s a fine art that takes time. Having good instincts always helps, and drinking tea will definitely aid in developing better instincts. It's a constant learning process, starting from one very good leaf that you like and then observing, comparing and advancing.