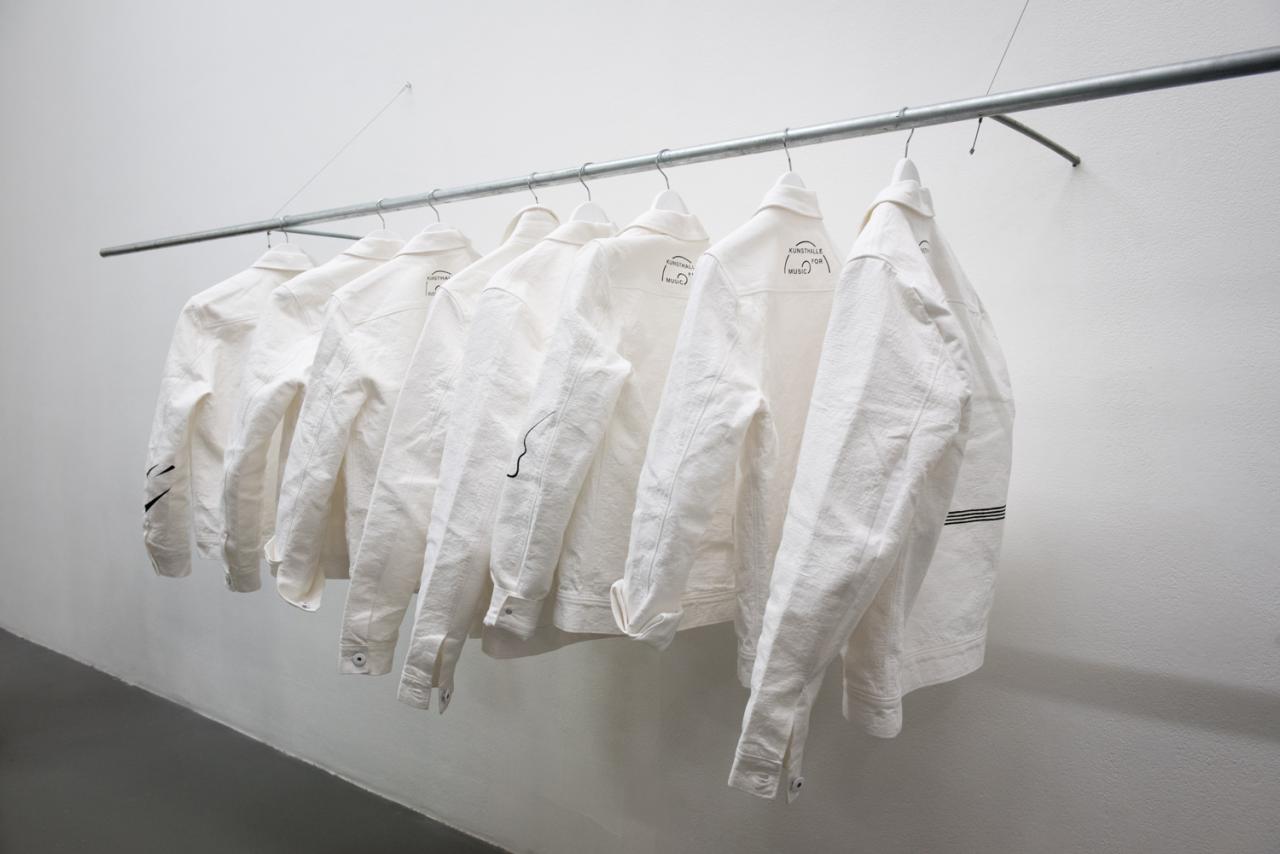 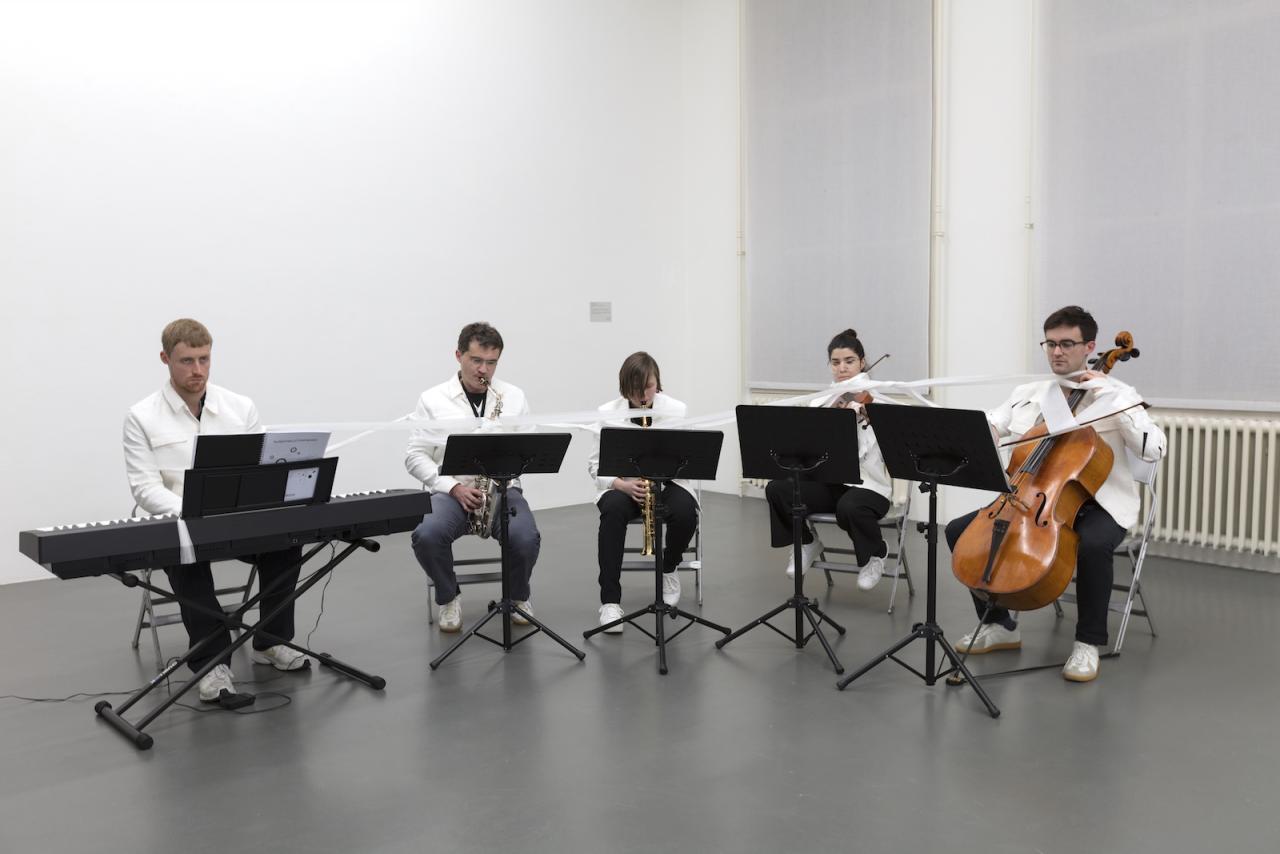 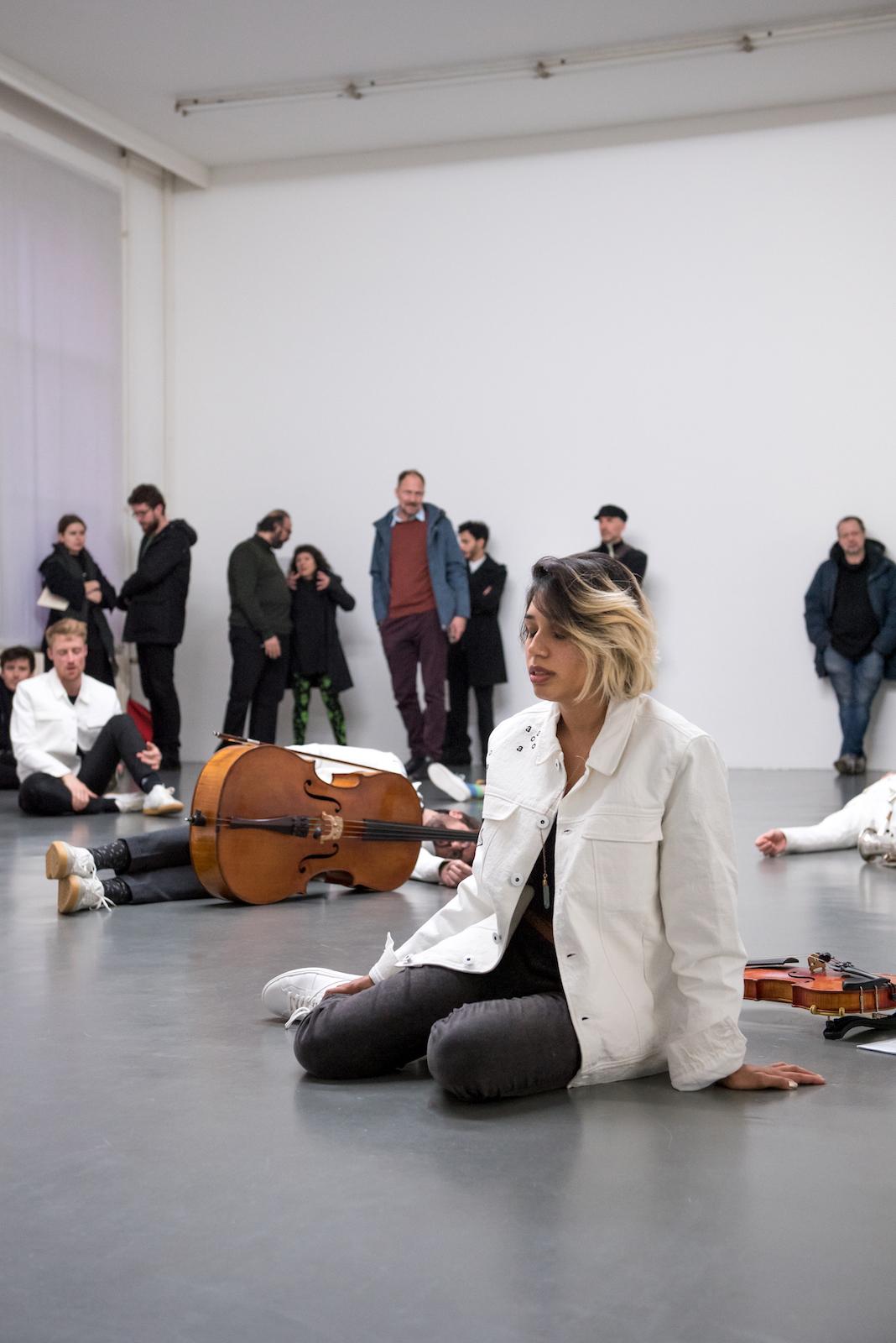 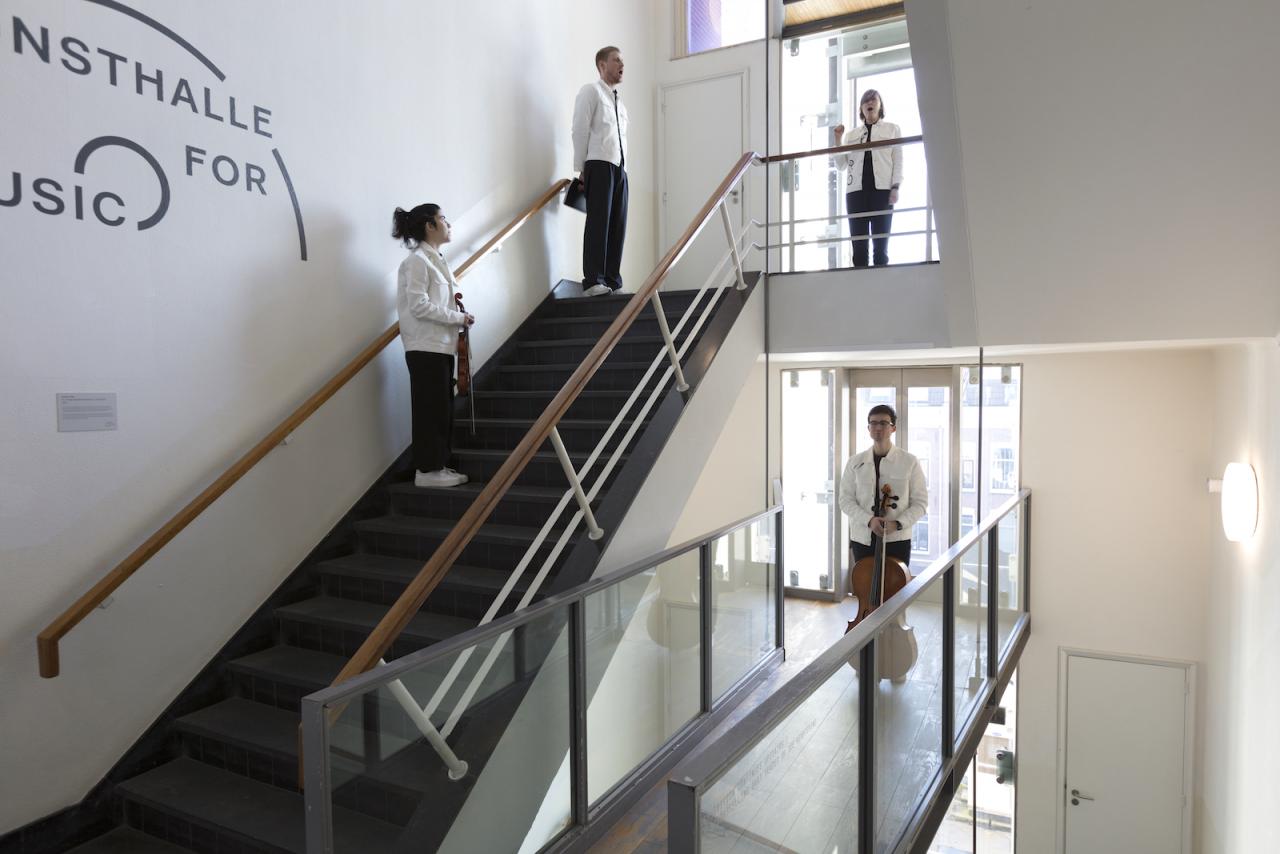 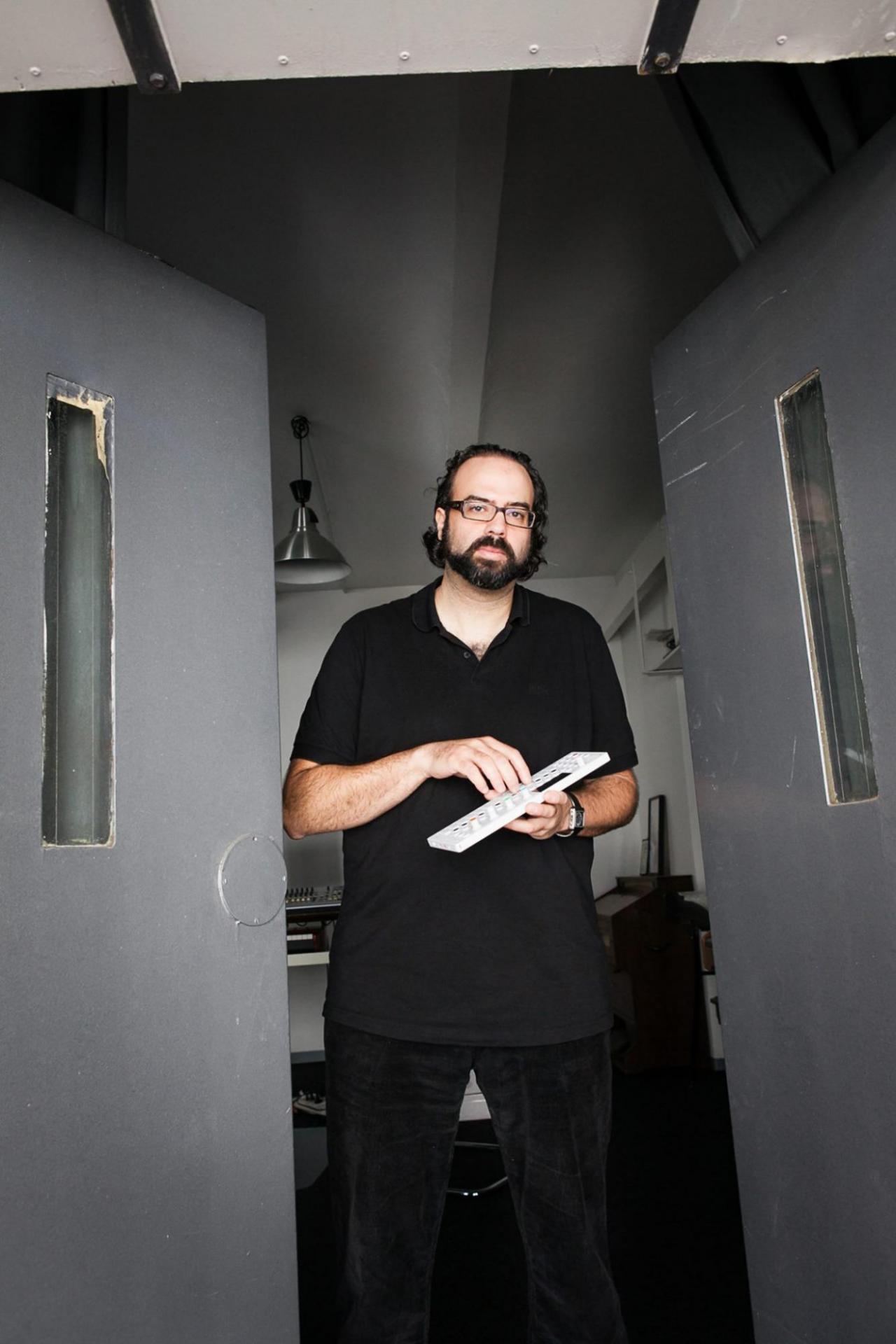 Kunsthalle for Music has no home. It is an attempt to create a contemporary space for the exhibition or performance of music that is not moored to a fixed location and is not defined by pre-existing formats. Founded by artist and composer Ari Benjamin Meyers, its first show recently took place at Witte de With in Rotterdam. In this conversation with Robert Schulte, he talks about packaging music, finding new economic models for what is not pop, and how art can lead the way.

"Music is live, performative, spatial" is something you said recently. Wouldn't that mean that recordings are only congealed, second-level forms?

That’s not the way I see it. My view is more that recordings are fundamentally different from music. Now that statement probably sounds very strange, but what I mean is that if we understand music to be something live, spatial, and social, then a recording can be, let’s say, a simulacrum of music. It’s not music but rather something else, and in fact can lead to its own forms, modes of reception, disciplines, etc. The problem, though, is that we don’t really have the proper terminology for all this, and so in the end we wind up calling everything music.

Kunsthalle for Music is an attempt, as I understand it, to free live and performative music from its event character with a fixed start and ending, by bringing it to a long-term open exhibition format. What is to be gained from that?

I think there’s quite a lot to be gained from it, maybe first and foremost a new understanding of what music is and what music can be, perhaps also of how music functions. I think for almost everyone today, and certainly in the Western world, we inherently understand music as something extremely prepackaged. This obviously includes recordings, of course, but in a sense also includes what we would consider the live moment, which would be concerts or basically something on a stage (with a few exceptions). I think it would be accurate to say that if you combine the stage with recordings, this is the way that the vast majority of our music is consumed. And of course it might seem odd to group together recordings and concerts, but when you see how both are so extremely packaged, then you begin to get a sense of the extent of the commercialization of music and how it becomes necessary to quantify things: you buy a ticket, you buy a record, etc. And that in turn works itself into the music: it comes in quantifiable amounts. A concert usually has a certain length, for example. And so I think with Kunsthalle for Music the attempt is to present a different mode of presentation and reception for music that’s not so easily quantifiable. The start and end times are fluid, for instance, and we don’t give out a schedule.

What does that do for the visitor?

Essentially you’re entering the situation in medias res, you get what you get, and your ears have to be open the way your eyes are open when you enter a museum. It’s the taking-in of everything that’s happening, and giving it an order, perhaps later. I’m trying to create an experience like that, but for music. And it’s of course in a way quite radical, because in order to do that, many of the fundamental rules have to be broken. That a piece of music must be performed from beginning to end, and must always be presented intact, or that we need perfect acoustics, or that there must be absolute silence in the auditorium. Kunsthalle For Music even questions who is able, or who has the right to perform certain pieces of music. The ensemble of Kunsthalle for Music, the eight performers that we had now in the show in Rotterdam, were a very mixed group. We had professional musicians next to professional dancers and professional performers who have a music background but who are not themselves primarily professional musicians. So even within the group we had a mix of amateur and professional musicians, and this is unusual, and another kind of established music performance taboo that we are breaking with the show.

There is quite some emphasis on the probability of variations on what is to be heard and seen. People are encouraged to come to the exhibition more than once, and to come by not only at the set times when the musicians who are playing live are present. Maybe give me some insight on what unexpected is to be expected during the first exhibition and why this is something you’re decidedly aiming at.

These are very important points that are really central to Kunsthalle for Music. A Kunsthalle for Music exhibition is not, let’s say, merely or simply a series of musical pieces that are performed. I call it a musical show, and it’s much deeper, in that the entire exhibition itself works and functions, in a way, like a large-scale piece of music. I consider myself the composer of the show more than something like the curator of the show. And you see this in the fact that the exhibition is always changing, and the fact that the music within the show is changing, and that we add things during the show, and that the performers have the ability within the show to add and change things, that we really show everything. I conceived the entire exhibition as a score, and in fact there is a meta-score that underlies the whole show. In that sense it is important to me that visitors are given the opportunity to come more than once. If you understand the exhibition as a composition it would be a shame to allow people to only experience one little part of that composition.

I would like to talk about the economic question for experimental contemporary composers: in 1918 Arnold Schoenberg founded the Society for Private Musical Performances. It was quite esoteric, but one characteristic of those weekly live performances was that the program wouldn’t be published. You had to buy a ticket for a year upfront and selective visits for single events that you liked weren’t possible, because you just didn’t know what was on that night. Would you say that bringing music into the exhibition space similarly frees it from certain structural demands?

This is a very important question, because to the Kunsthalle for Music there’s definitely that aspect of suggesting a possible new economic model or basis for contemporary music. You know, the situation in the music business, which I sometimes kind of provocatively call the music-industrial complex, can handle recordings, and the dissemination and sale of recordings, and it can handle concerts, and the sale of tickets and merchandise, etc. And that’s essentially it. I mean, a composer can of course also write music for film, and for commercials, but in the area of, let’s say, “pure” music – or even something like contemporary music – those are the available modes, and there’s really nothing else. If you want to work as a musician or a composer, and this applies to any genre, you will make records and give concerts. The system of quantity-based sales – how many tickets did you sell, how many records did you sell – is the dominant mode in the performing arts, and it works very, very well for popular music.

What’s strange is that exactly the same mode is in place for the most experimental or unorthodox composer or music. That’s really quite bizarre, because if something works for Lady Gaga, there’s really no reason at all to think that it would work for an experimental contemporary composer. Now, what’s interesting with the art world and the art market (as complex and crazy as it is) for me, as someone coming from the performing arts side, is that in fact it’s not volume-based. It has a completely different model. And so the idea that musical works could enter that market, could be exhibited, that composers could be represented by galleries, this opens up a whole new possibility for an economic, financial structure for a truly contemporary music that could exist on its own artistic terms, as opposed to being something quantity-driven, which of course will always strive, even subconsciously, to somehow be popular.