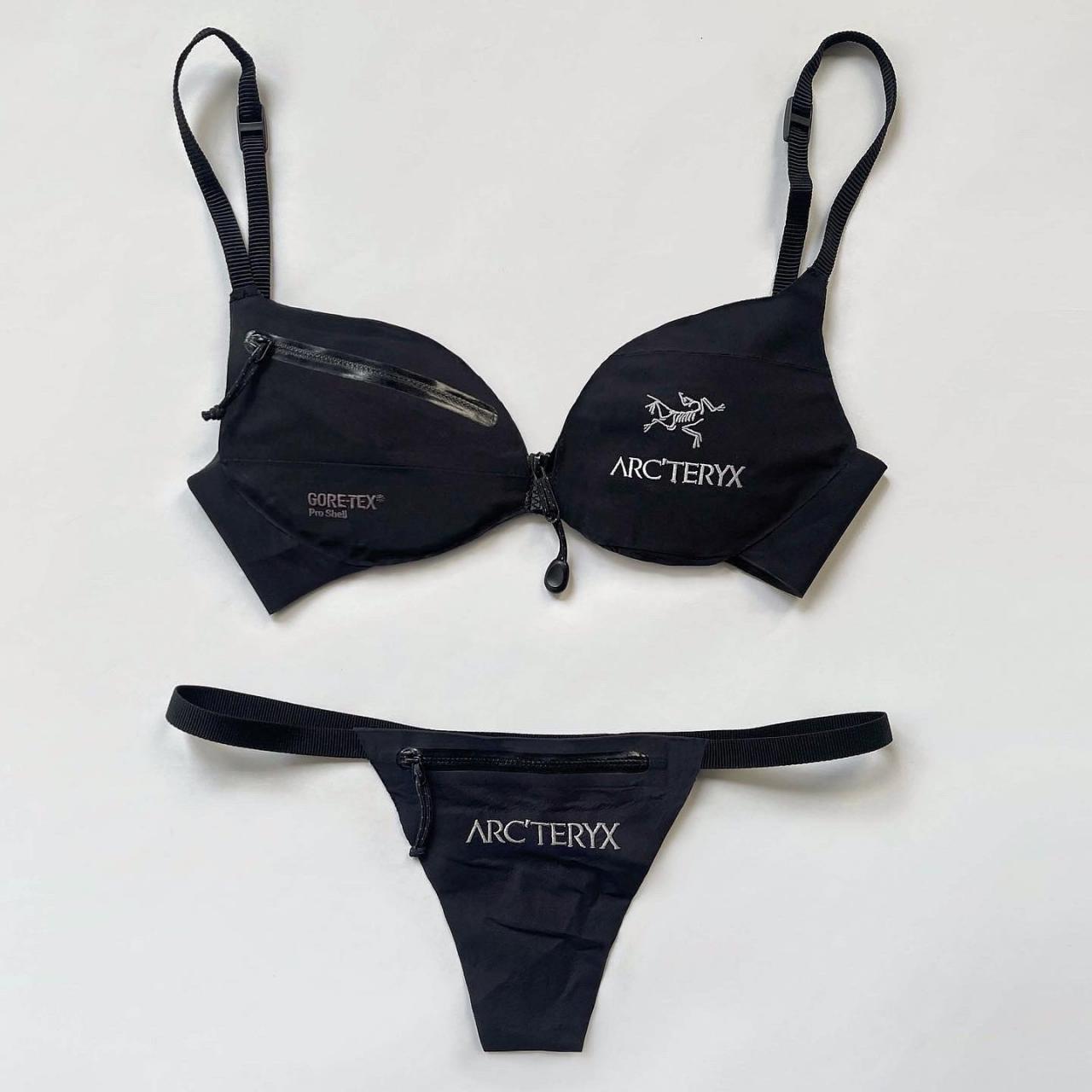 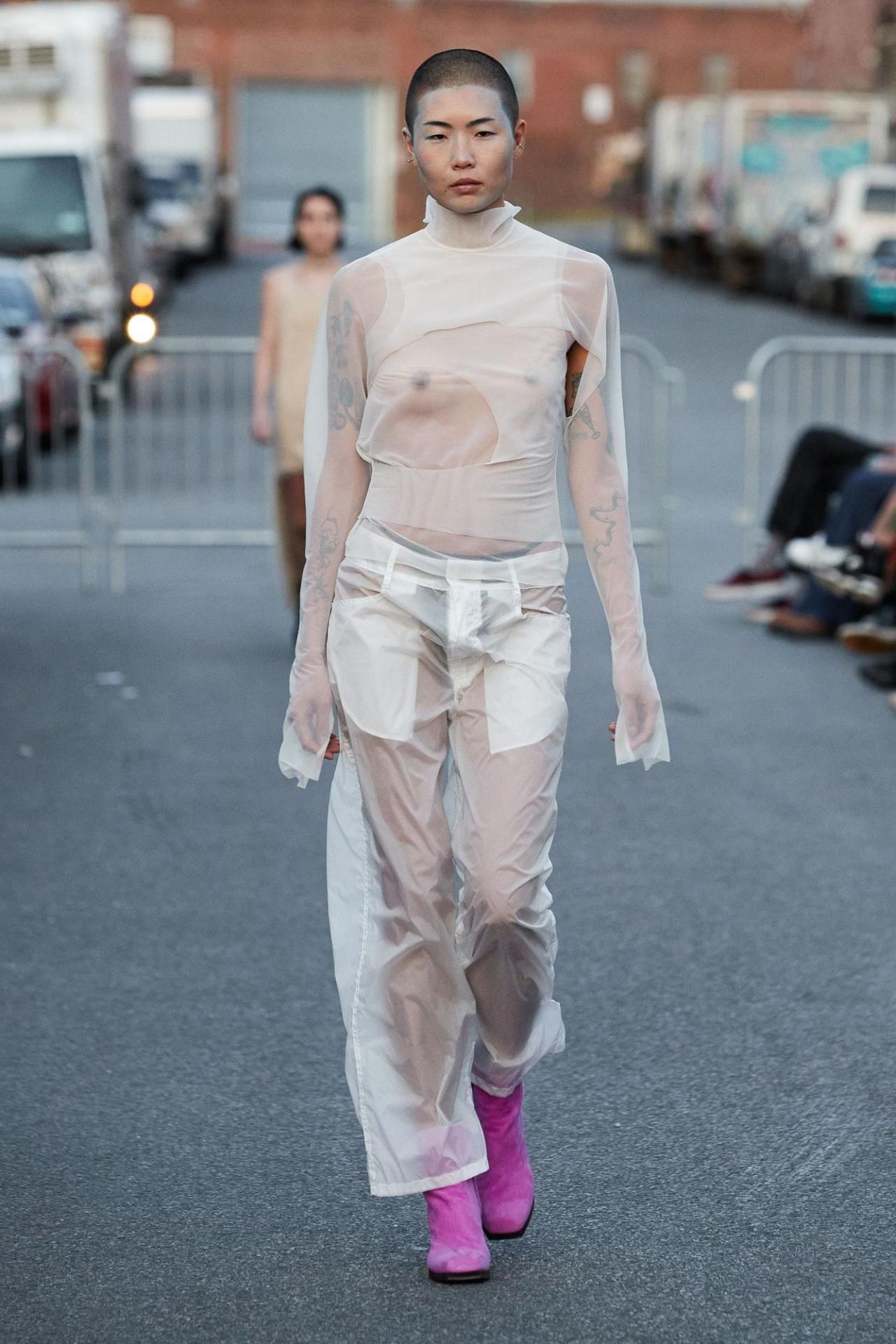 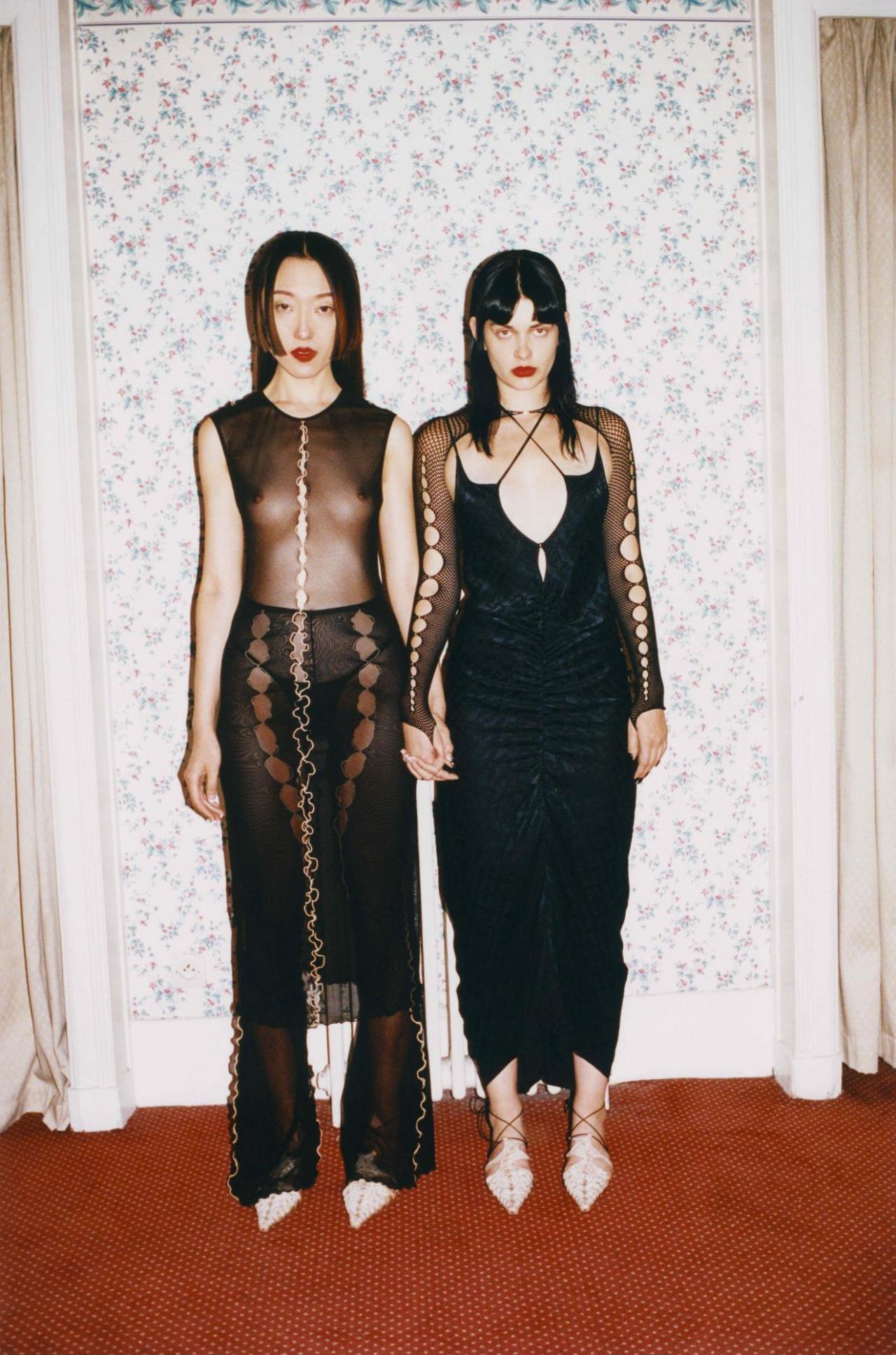 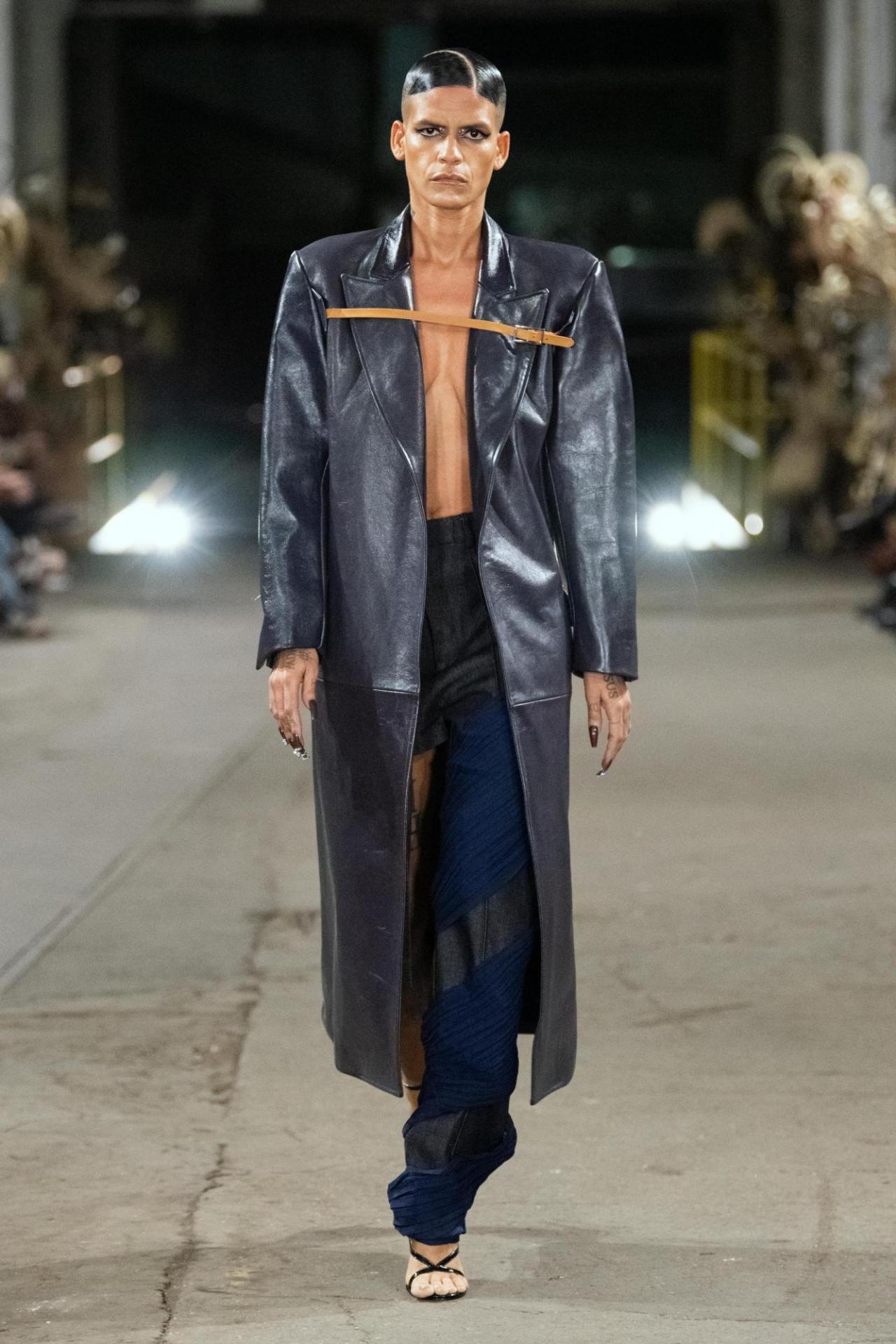 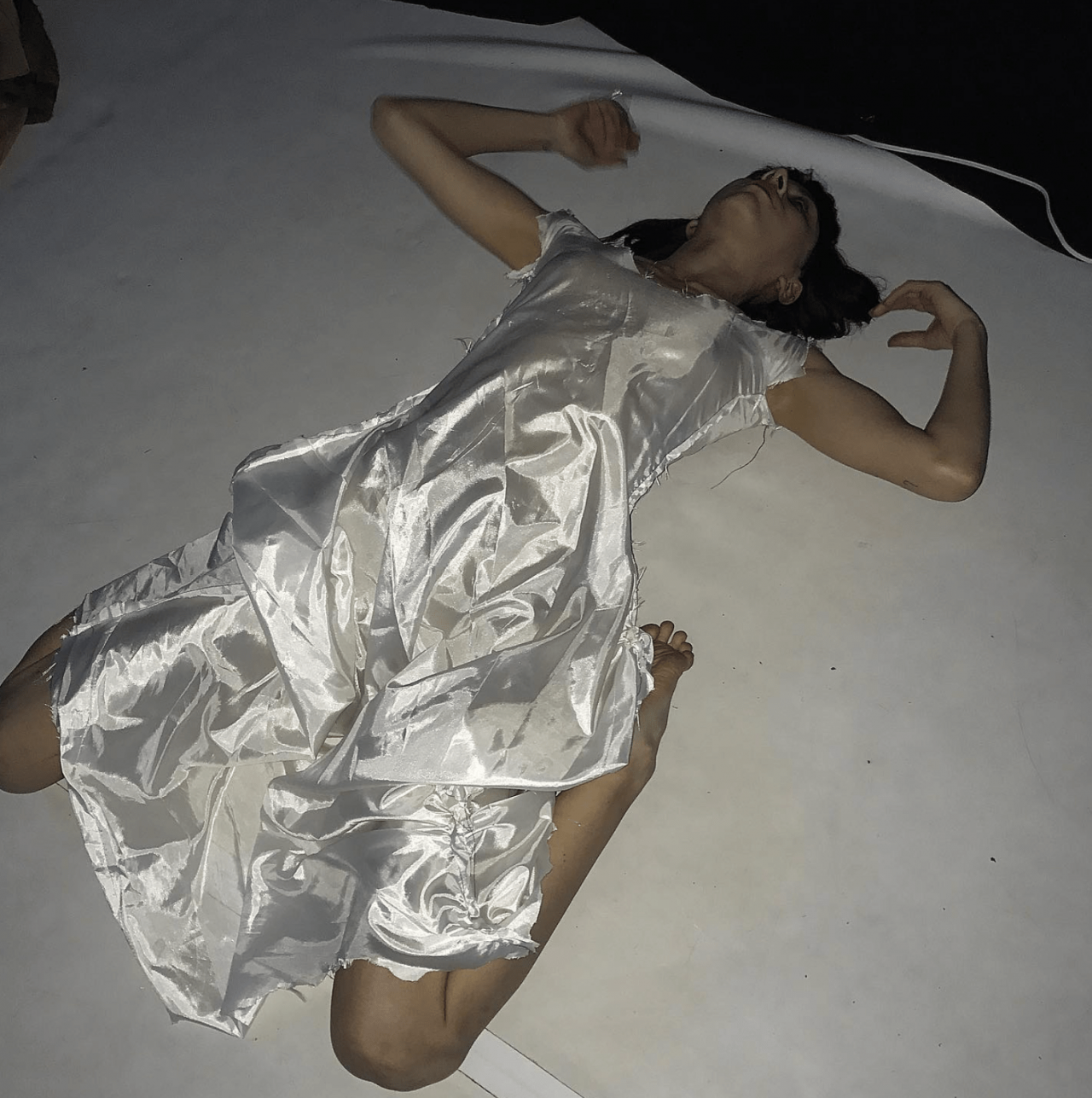 Clinical horniness marries the austerity of the medical institution with a libidinal alacrity:

I see it too as an amorphous aesthetic category. The cold, steely excitement present in things like: chewing gum in pellet form (esp. Dentyne Ice in the flavour Arctic Chill); the kind of industrial door handle that is a metal bar you push; the perforated strip of hard plastic on the bottle caps of mouthwash; perforation at large; cubic zirconia stud earrings; monthly payment plans; installments at large; VOSS water; handheld vacuum cleaners; vacuums at large; sucralose; the letter K; when you press and hold apps on your home screen and they gyrate frantically.

“What does clinical even mean?” my friend, Fanny, messages. I’d sent a voice note asking if Fanny felt a video of a woman impaling a cake with an upturned vase in order to extract a cylindrical slice struck her as clinically horny. Fanny answers her own question with a screenshot of Siri’s response: “clinical: adj. 1) relating to the observation and treatment of actual patients rather than theoretical or laboratory studies. 2) very efficient and without feeling”, then Fanny says: “Doesn’t definition 1 seem so directly opposed to definition 2!!??” before deciding clinical horniness is one of those terms that seem like it should have obvious meaning but is ultimately an optical illusion of the mind.

In Jean-Paul Sartre’s “The Wall” (1939), the main character – a man imprisoned and on death row – alternates between states of heightened physical stimulation and complete numbness. Pablo Ibbieta perceives his body as “a colossus to which he is bound but with which he feels no kinship”. Driven to a state of “tender complicity”, he feels both “terribly hard” and yet unable to feel his own body. Faced with the crisis of world collapse, the body is reduced to a matter of fact; its accompanying needs become silly mechanical compulsions to be dutifully plugged into an algorithm for calculated satisfaction. Precise like a snap-off cardigan.

The automatisation of intimacy is a ubiquitous burlesque. I order cauliflower rice sushi from a place with cardboard takeout boxes that claims, on each lid, to be: “hand rolled with love”. My dermatologist fills prescriptions through an app that immediately sends me a text from a robot pharmacist who signs off: “love, Sonia”. After online-purchasing a tennis skirt from aloyoga.com, I get an email with the subject line: “You love Alo”. A boy texts a kissy face emoji but the one with just the lips puckering, no heart emerging from the mouth. I google “what does it mean kissy face no heart”. “Sentiments of love and affection”, Emojipedia tells me, but it could also be “a person casually whistling after wrongdoing, saying: nothing to look at here.”

In The Body in Pain: The Making and Unmaking of the World (1987), Elaine Scarry unpacks the abovementioned Sartre story. Of Ibbieta’s aimless alternation between a state of “shrill sentience” and a body that is “mute and insensate”, Scarry says there is nothing “intriguingly paradoxical, or even puzzling about this duality: the two simply belong together” given that “the body, this intensely alive tissue is also the thing that allows Ibbieta, or anyone, to be one day dead.” Flirtation and indifference are the same emoji. Is this dehumanising or just putting humans in their place?

The draining of romance from the horny narrative, the detached efficiency with which we can get off, is often blamed on technological advancements – but we can’t blame the fabric for the outfit. I often think about a girl in high school who dressed up as an iPhone one Halloween. She wore a giant cardboard box with a cut out only for her head. At lunch, the girl fell down the stairs. With her arms trapped in the box, she couldn’t break her fall and fell flat on her face. I heard about the accident from the girl’s friend. The friend, also donning cardboard, was dressed as an electrical socket for a couples costume with her boyfriend, who went as a plug. The lesson here is something about the danger of getting trapped in a phone, something about dressing as an outlet for connection. Even within our technological boxes, we can stay labile.

For Prada’s latest fragrance campaign, actor Jake Gyllenhaal sets sail on the Prada Luna Rossa racing yacht for a short film of water droplets dripping off his body and Prada gore-tex jacket. Luna Rossa Ocean celebrates “humanity augmented by technology”, Prada says. Gyllenhaal calls the boat an “expression of technology and artistry”, assuring Vanity Fair that it “actually sails. It’s not just some idea of adventure. It’s for real – even though there's a fantasy part of it. I think the fragrance is about people who want adventure and want to be active, not only externally but also within themselves.”

When the evening is spread out against the sky

SparkNotes describes Eliot’s dramatic monologue as “an examination of the tortured psyche of the prototypical man – overeducated, eloquent, neurotic, and emotionally stilted. Prufrock, the poem’s speaker, seems to be addressing a potential lover, with whom he would like to ‘force the moment to its crisis’ by somehow consummating their relationship.” The poem opens at sunset – a quintessentially romantic backdrop – except that the sun has been drugged senseless on a hospital bed. The poem proceeds with a feeling of overwhelming loneliness and ennui, describing a world gutted of meaning, a life reduced to a series of snack times. In the last few stanzas, there is a tonal shift. Prufrock moves from anemic irony to something vivid and fantastical. He hears mermaids sing and walks along a seashore, things seem to be going well “till human voices wake us, and we drown.” If only he’d had a waterproof garment engineered with a proprietary lightweight and breathable fabric. Maybe Prufrock could have lived to consummate in a Visvim anorak.

CARA SCHACTER is a writer living in New York.