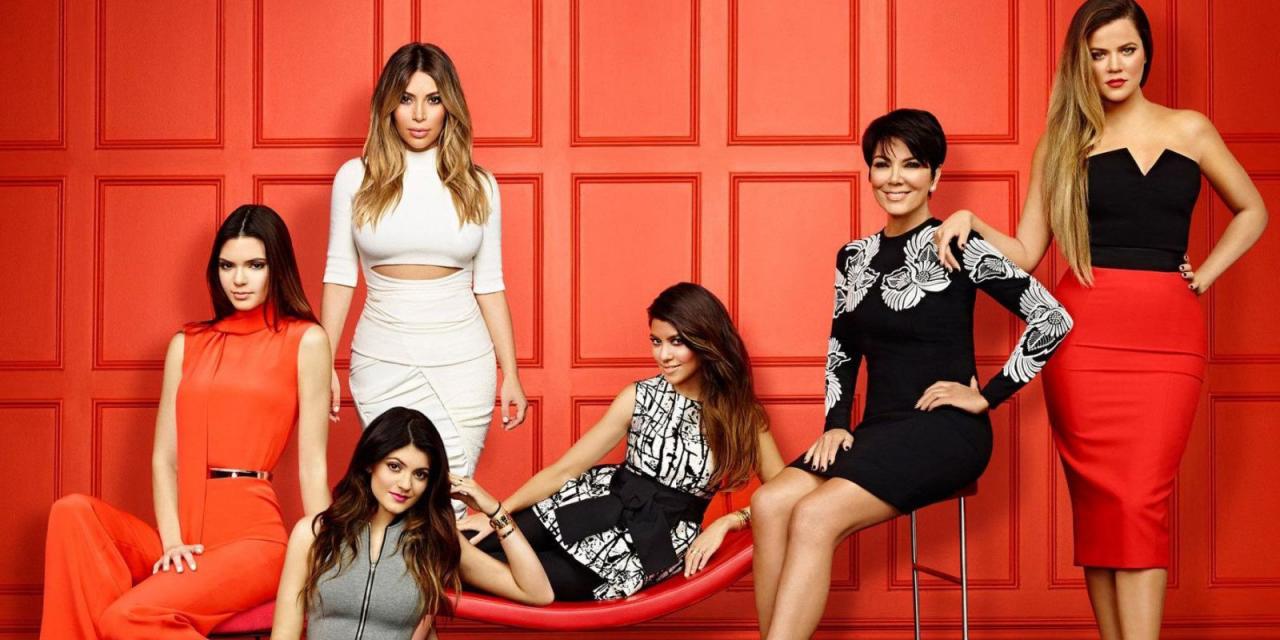 The family is sick. This has been said again and again, and yet the idea of the family persists, unabated, uninterrupted, still sick, still strong. In the 60s and 70s, people called for sexual liberation and lived in communes. They found out this was just another sick family. Then the 80s and 90s came, and the familiar family returned with a new vengeance. We hoped that this would be a return with a difference. But we have to declare this hope defunct – for in fact, in the twentyfirst century, the family is here, not as concealing a sickness that one would want get away from or which one would want to reinvent, but as sickness incarnate, ironically strengthening the idea of the family even more. One need only look to American’s first family – not the Obamas or Clintons or god help us, the Trumps, but the Kardashians.

But first, let us turn to another famous family – one whose soap opera prefigures Kris and Kim and Khloe and Kourtney and Kendall and Kylie in fascinating ways – the first psychoanalytic family depicted by Freud in his 1905 Fragment of an Analysis of a Case of Hysteria. He described what can be been called the drama of the European bourgeois family. The little 16-yearold girl Dora is sick and pseudosuicidal; the father, who is sick with sexually transmitted diseases, has an affair with a sick woman named Frau K, who nurses him under the pretext of concealing the affair, while the husband of the latter, Herr K, sexually harasses the little girl as well as the maids and governesses, all of this while the mother, who is sick from a “housewife psychosis”, has been pushed out of the game from the very beginning. Everything, Freud shows, seems to turn on propping up the father, keeping him the head of the household, the man with the means, through an incestuous circulation of sickness and money.

Freud is invested in their sickness – not as physical or “real” – but as neurotic. But what is the neurotic family? He begins with Dora, who he says is hysterical because she refuses to enjoy being sexually molested by a man as old as Freud himself. But if we leave Freud’s typical idiocy to the side, what is fascinating is that the neuroses revolve around the organization of the household. The mother’s housewife psychosis about cleaning makes it nearly impossible to enjoy anything in the house. There is endless talk of where everyone is sleeping: who can sleep with whom, where the bedrooms are situated, where the maid sleeps, who can be alone in a single room with whom, who goes to the country house when the other is in the city, who goes to the city when the other is in the country house.

The family is a real-estate issue; it is within its architecture – within its specific organization of space – that desire is allowed to flow.

The person who is in charge is the person who can get hold of the keys and open and close rooms. But even there, doors open only to allow desire to circulate within plotlines that are already established. The only real way out seems to be through hysteria, so that like Dora you use bodily symptoms to escape or challenge the closed familial atmosphere, ending up at times in a sanatorium, but also in thermal baths or a spa, when lucky. Has the family improved even a little since 1905? Can hysterical sickness still be seen as a site of resistance? Is there any space for hope except in being saved by a spa?

Enter the Kardashians, with their real estate empire in Calabasas (an upmarket district of Los Angeles County). This time it is not the father who is propped up, but mother manager, or momager as the neologism has it. But she is still the head, still everything turns around her, so much that it seems the only way to win in this family is to be a woman, to produce money as a woman, for the woman, with the woman – through her sexuality and her body. The empire of the Kardashians is a world of curated selfies, sex-tapes, and scandal, all filtered through the show Keeping Up with the Kardashians which proves that no one can keep up, either monetarily or in terms of the sheer upkeep of these bodies, which is a documented all-day affair.

The spa no longer offers an escape from the family house: it is the house, it is the family.

The men don’t fare so well in these affairs. Kris Jenner’s late husband, Robert Kardashian, is best known for being the lawyer that defended OJ Simpson, the original black man on the run. In any case, he is dead. Her decathlete Olympian second husband, Bruce Jenner, in one of the greatest media spectacles of our time, divorces Kris and male-to-female transitions to become Caitlyn Jenner, replete with her own TV show, I Am Cait. Until this moment, she was portrayed as a rather silly source of mockery, someone who couldn’t keep it up, especially as father to so many women. The rest of the men, it seems, drop like flies – usually off to rehab, or to some state of disgrace, humiliation, and, of course, financial dependency. The brother, the only brother, Rob, has been tucked away in a back room at his sister Khloe’s house, fat and depressed, that is until he impregnates the baby-mama – Blac Chyna – of rapper Tyga, 26, who is meanwhile dating the youngest Jenner daughter, Kylie, Rob’s half-sister. Kylie met Tyga when she was 14 at her sister’s sweet 16 party, where he performed. All signs point to them dating by the time Kylie was 17; her niece, Dream Kardashian (whose birth this past November was filmed for an episode of Rob & Chyna), will be raised as a half-sibling to what may become her step-child. Confused?

And then there is Kanye, beloved Kanye, who was recently released from a psychiatric hospital after a 911 call for “erratic behavior” after cancelling the last stretch of his Life of Pablo tour. A rapper who identifies with the ravaged black female body (listen to what he does in “Blood on the Leaves” with Billy Holiday’s sacred song about lynching, “Strange Fruit”), he has married into a family that moves in the complete opposite direction – toward its impenetrable solidification, its total upkeep. Poor thing. His wife Kim, always by his side, just took the reins of his business as he was purportedly operating at a 52-million-dollar loss. The Kardashian family, on the other hand, is said to be worth over 300 million dollars at this point, but it is apparently hard to tell with the sheer number of subsidiary businesses they’ve accumulated since the show launched in 2007. The world’s attention is on this family, which has redefined what family business means. What Keeping up with the Kardashians seems to prove is that anything goes in the family – from incest, to under-age molestation, drug addiction, sexual reassignment, and serial marriages – as long as the family is strong. Monetarily so, for sure, but also by operating within a strict economy of sexual circulation centered on the female body which is surgically altered, endlessly attended to, infinitely displayed, and always cashed in on. While this may appear to be the reverse face of the patriarchal Freudian family saga, the message is the same: The family is sick, long live the family.

CHIARA BOTTICI teaches philosophy at the New School for Social Research in New York. JAMIESON WEBSTER is a New York–based psychoanalyst and writer.