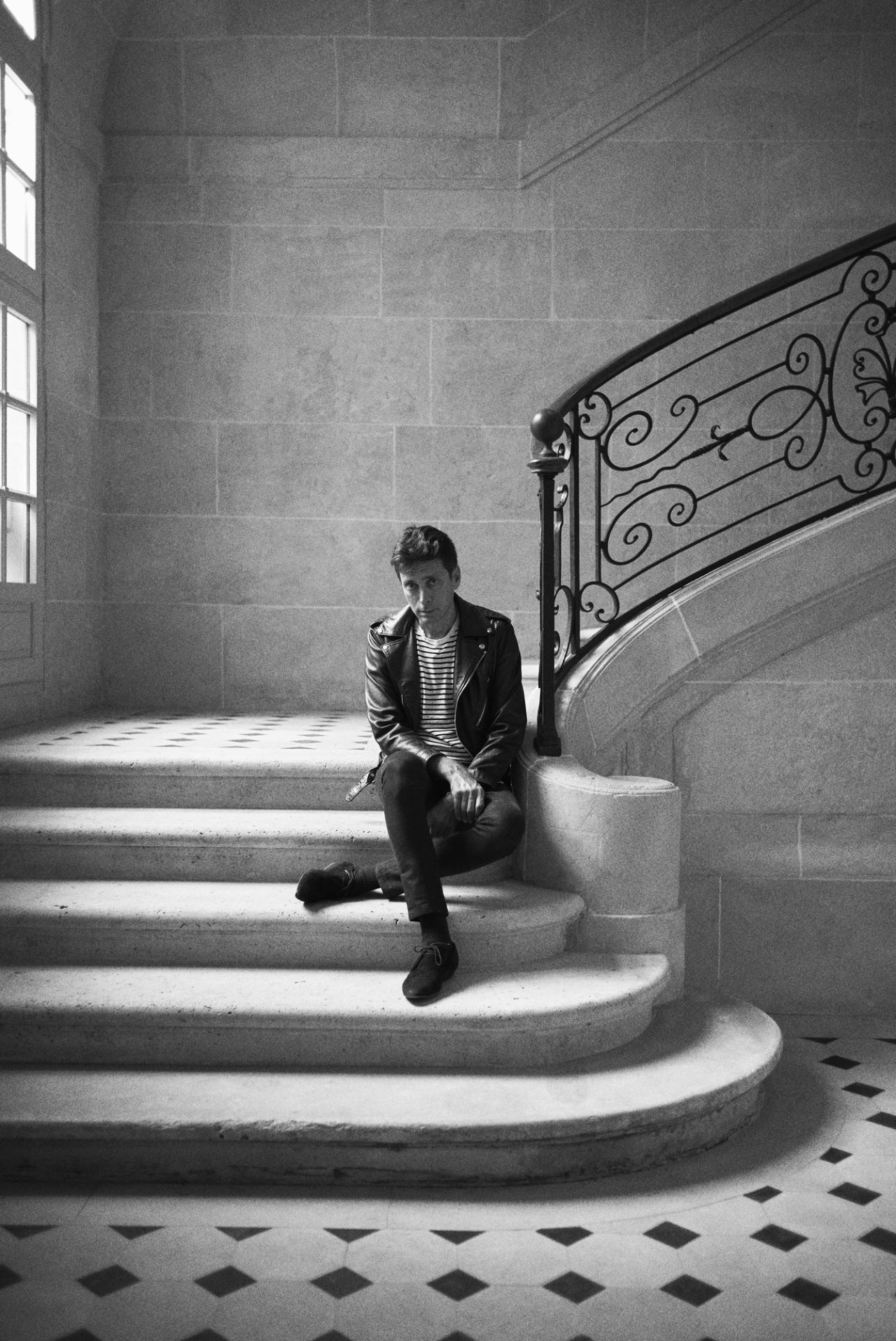 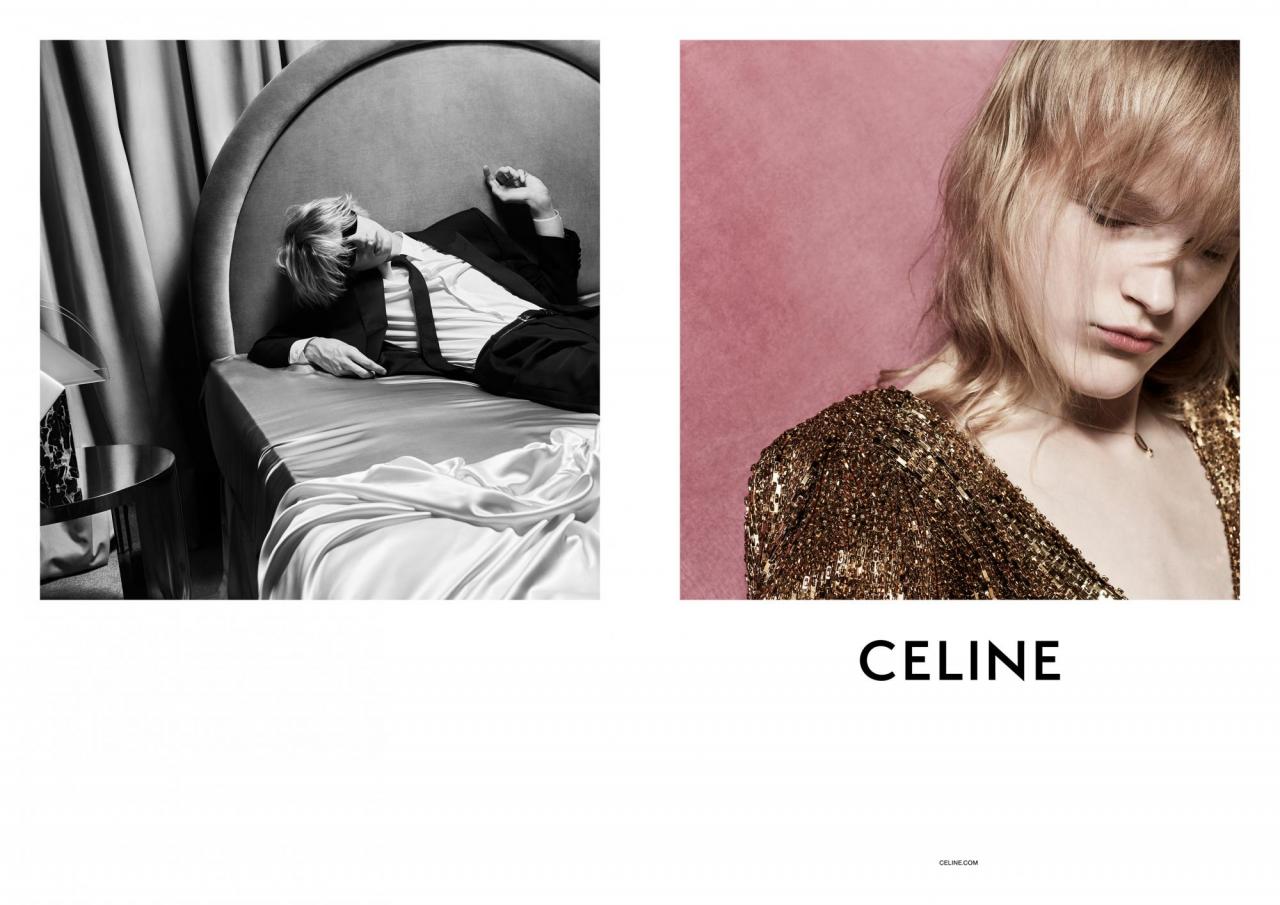 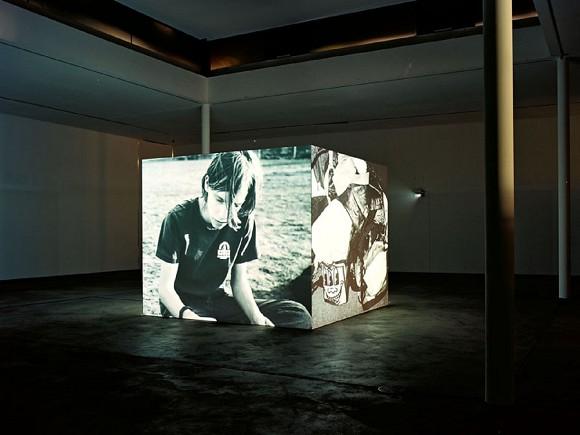 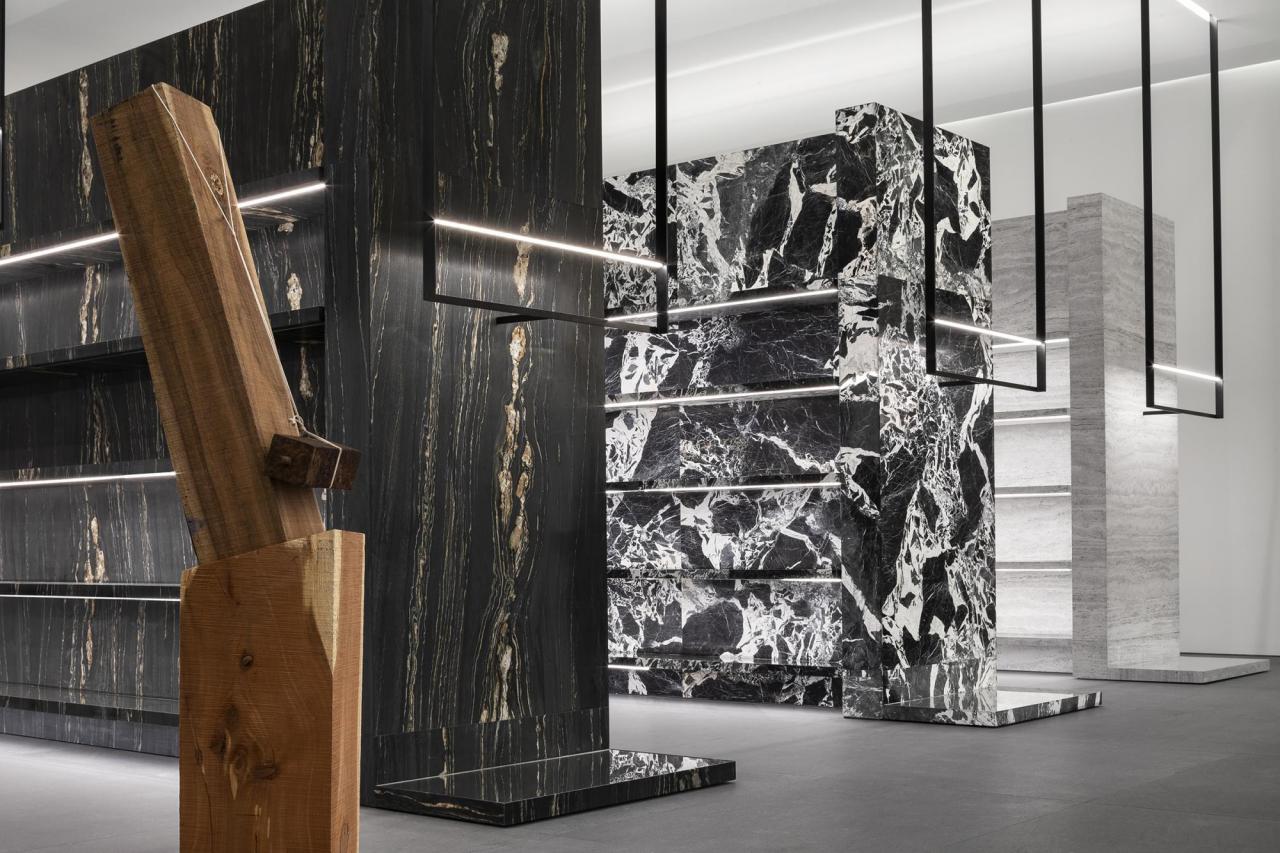 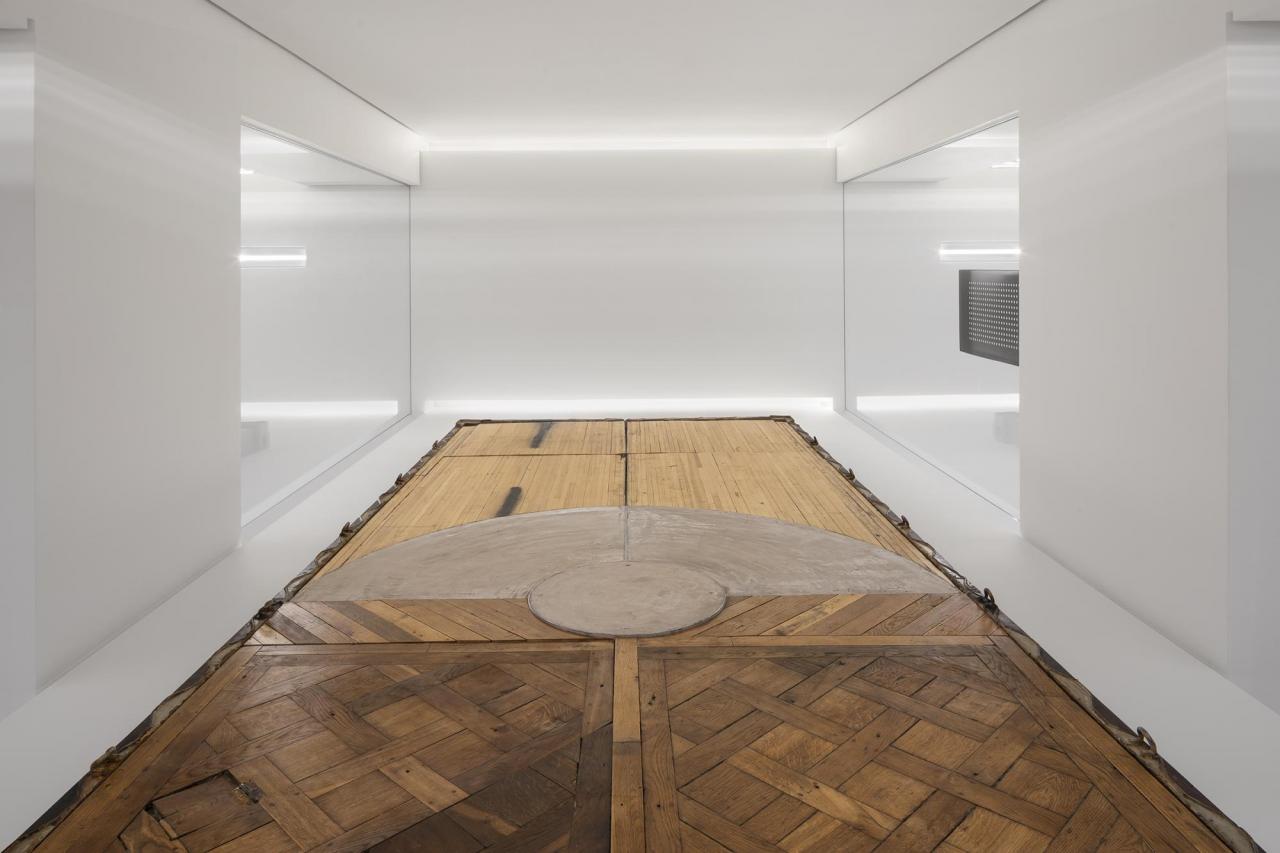 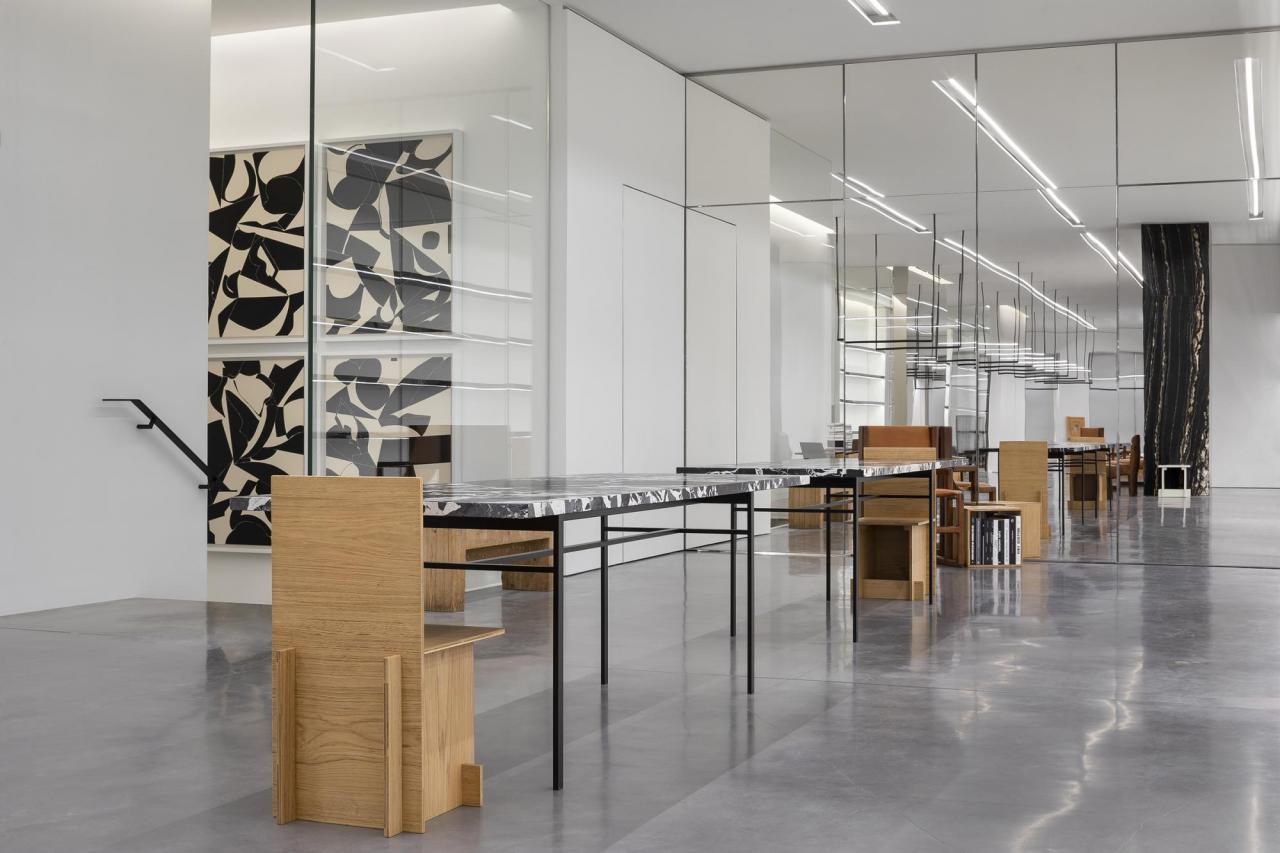 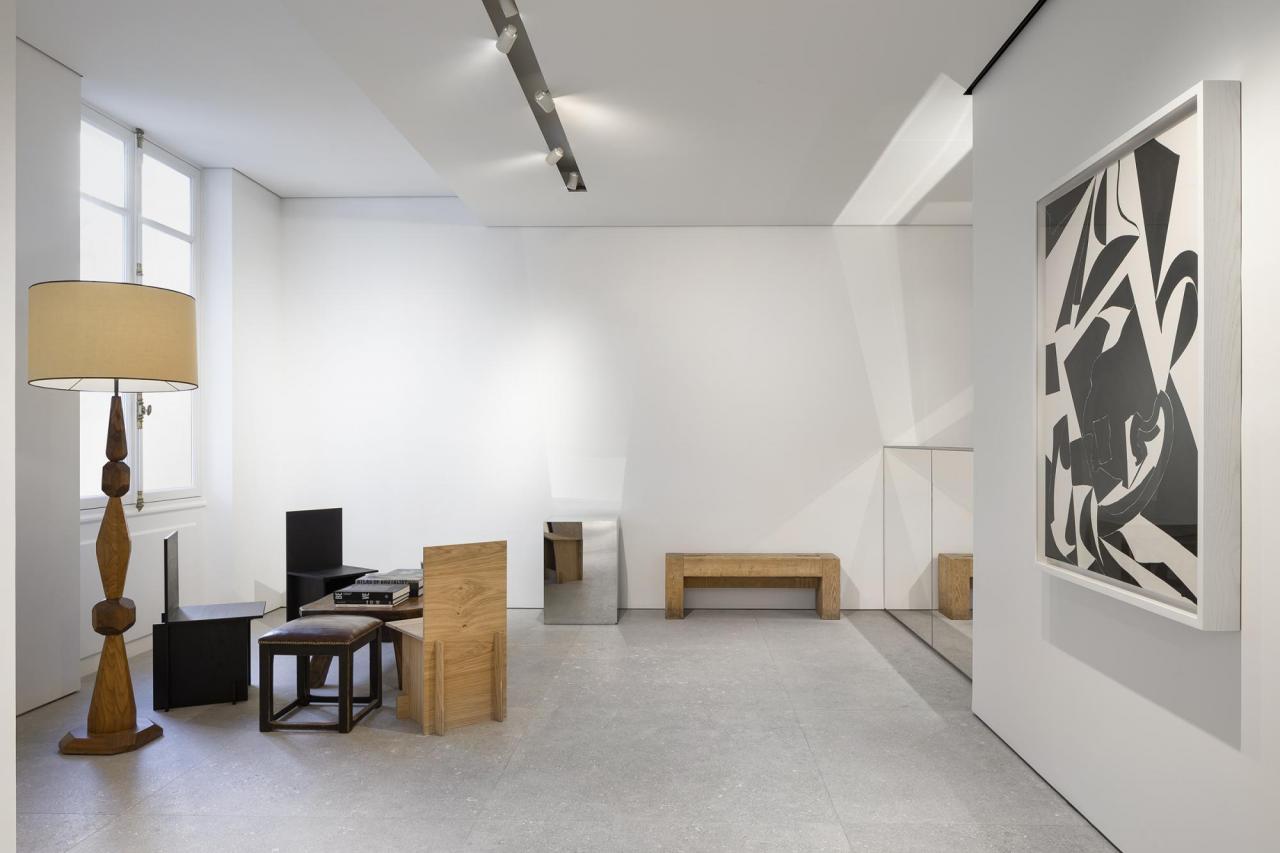 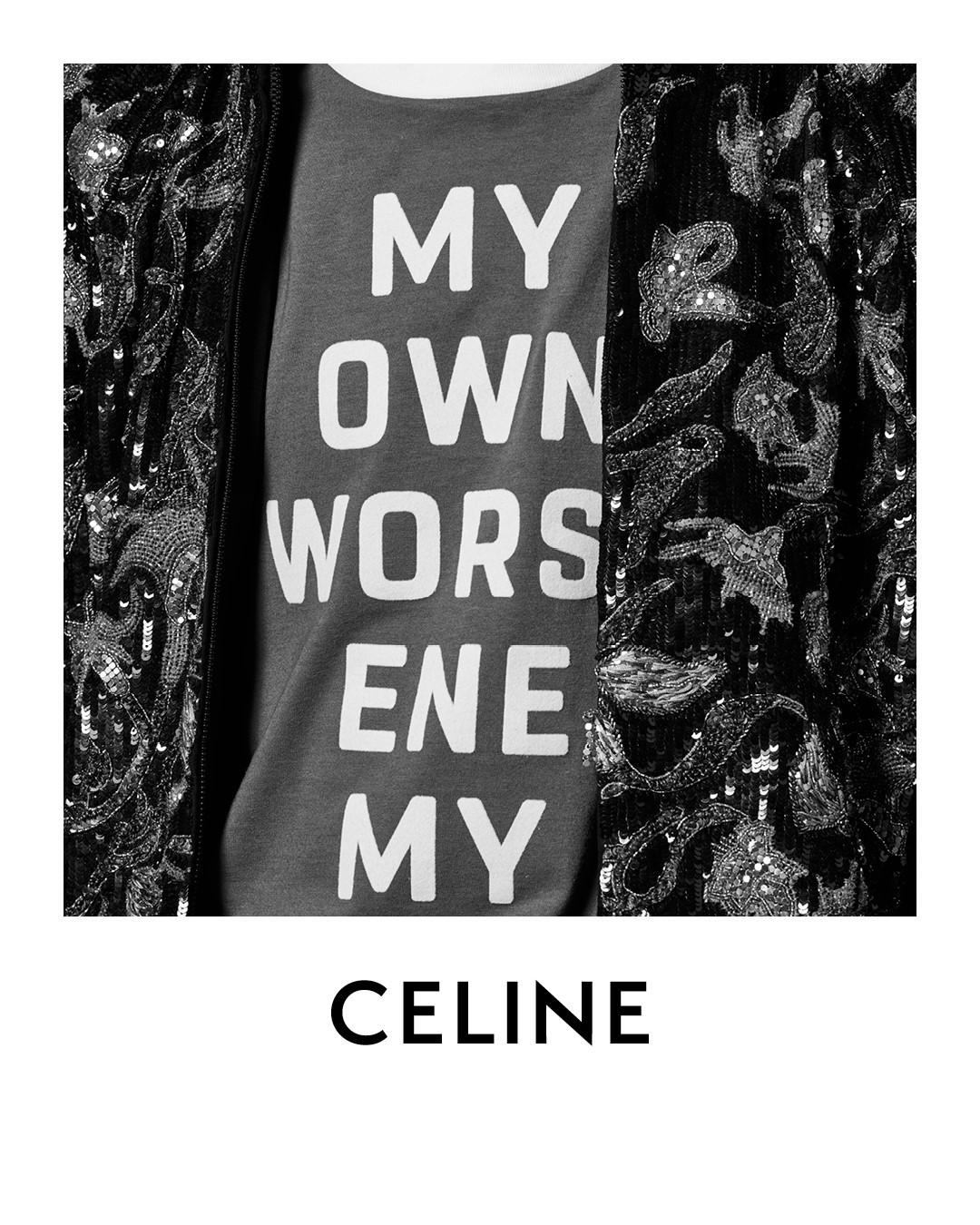 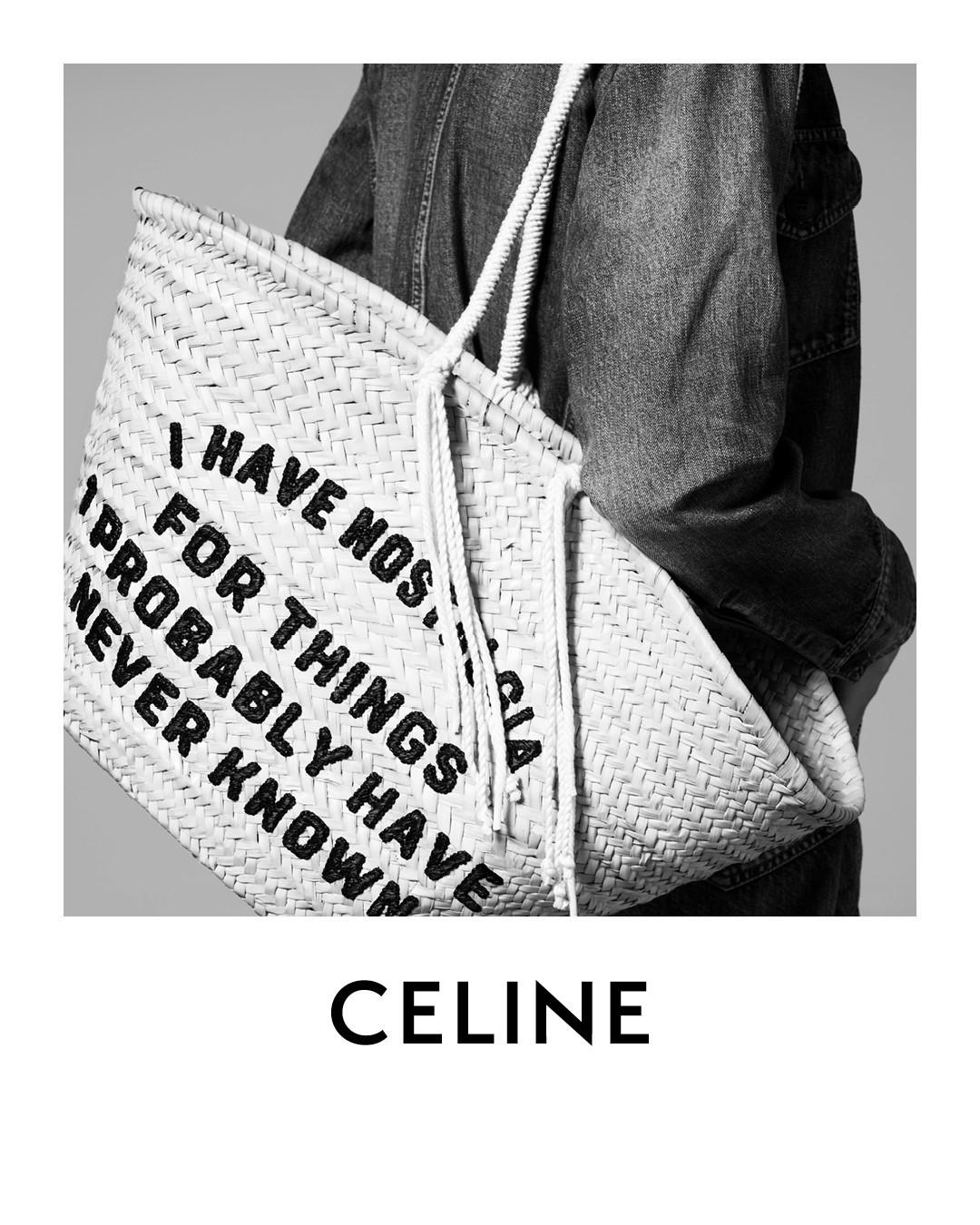 The nomination of fashion’s enfant terrible Hedi Slimane as the head of Celine in January 2018 sent shock-waves across the industry’s well-choreographed chess game. After inventing the Dior Homme silhouette in the 00s and emerging from a tumultuous but lucrative passage through Saint Laurent, Slimane inaugurated the third chapter of his career as a designer last year. Uncompromising and hyper-meticulous, he has forged an idiosyncratic brand in recent years by flirting with different mediums. Photography, in particular, has become a refuge from fashion in which he could indulge his passion for classical American myths and motifs. Indeed, when thinking of Slimane’s oeuvre, one cannot let go of the iconic black and white image of an emaciated figure infused with sepulchral heroin chic overtones.

The pairing of the designer’s fascination with American youth and punk-rock decadence with the DNA of the house started by Céline Vipiana in 1945, which became known for her French bourgeois functionalism, was not a guaranteed success. Yet if one disregards the reception of his very first collection, the crossover has worked critically and commercially. This rang especially true with the Celine Art Project, the curatorial endeavour signed by Slimane, which will bring site-specific artworks to each Celine store over the course of the next few months. One could trace the tradition of artists’ engagement with boutique display back to Frederick Kiesler for Saks Fifth Avenue or Salvador Dali for Bonwit Teller. Though such interlacing between the retail experience and contemporary art is hardly new, it is still difficult to argue against the impressive magnitude of the project.

To a certain extent, this series of collaborations pays respect to Slimane’s vernacular iconography while still retaining the distinctive Parisian fashion house’s neo-classical identity. Undoubtedly, one has to delve into the artistic imaginary of the fashion designer in order to decipher this project. Spending his formative years at l’Ecole du Louvre in the late 80s, the designer’s artistic coming of age has been intimately shaped by a sense of belonging to specific cultural scenes. First Berlin, where he took up residency at the KW Institute for Contemporary Art between 2000 and 2002 upon invitation by curator Klaus Biesenbach, a position which resulted in the photographic book Berlin (2003). Then London, with the British punk rock scene of the 00s: The Rakes, Razorlight, These New Puritans, The Libertines, The Kills were among the bands he frequently collaborated with while documenting each group’s work. The tribute to this milieu found its climax in 2006 with the creation of the Hedi Slimane Diary. In stark contrast with contemporary blogs that quenched the thirst of the voyeuristic gourmand like me, the diary offered an account of his peregrinations by interlacing nature-morte portraits of his acquaintances and his tireless obsession with seraphic youth. In a certain way, this personal almanack was foreshadowing his Californian retreat, that cut his time in the fashion world short in 2007. Indeed, his diary, in conjunction with his escape from Parisian fashion coteries, allowed him to cast a public image of himself as pure aesthetic fiction, as a kind of faraway dream.

One might say that the premises of the Celine Art Project were born at this moment. A period in which he would plunge into his almost ethnographic appetite for the Americana cultural landscape. While some artists included in the project don’t fall into this category, the overall attention given to post-minimalist shapes and totemic expressivity leans toward such interpretation.

Oscar Tuazon, for example, with whom Slimane had already collaborated on the occasion of the exhibition “Fragments Americana” at Almine Rech in 2011, re-casted the floor of the historic boutique of the brand rue de Grenelle. Using steel fibre and concrete, Tuazon built an abstract architectural palimpsest with the original parquetry of the store à la Versailles. Meanwhile, Virginia Overton also referenced the history of the material she employed in her sculptural assemblages made of found wood, which re-organize the perception of space by crystalizing the attention of the viewer on seemingly precarious sculptural lines. Located in the store rue de Montaigne, Shawn Kuruneru’s paintings render traditional Chinese landscape with geometric abstraction, resulting in fragmented organic shapes. The analogy between these practices that emphasize industrial scenarios and the neo-brutalist style of the brand is very much present over all Slimane’s curatorial selection. But while true of the Celine Art Project itself, his collaboration with the artist David Kramer on the Celine Spring-Summer 2020 menswear collection injected a dose of irony that the brand was not known for. Following his humoristic paintings, Kramer wrote new iterations of his trademark caustic slogans for the collection.

Both Shawn Kuruneru and David Kramer have accepted to answer our 10-point fashion interrogation.

Charles Teyssou: Who was a major fashion inspiration for you as a teenager?

David Kramer: Oh man, I grew up in the 70s when disco was happening. I was wearing OP shorts and terry cloth shirts.

What do you consider an ultimate fashion faux pas?

If you could only wear a single piece from your wardrobe, what would it be?

DK: I have a burgundy velour tracksuit I love wearing out most of the year.

Who do you think is the most stylish fictional person?

Do you agree more with Coco Chanel who said that “Elegance is refusal” or Oscar Wilde who said, “You can never be overdressed”?

DK: I hate being underdressed but being overdressed is much harder to pull off.

If your fashion was a fruit, what would it be?

DK: A lemon. I think a lemon is probably most appropriate.

Do you have any fashion fetishes?

DK: I have over a dozen black t-shirts. Can’t get enough of them.

What is the biggest fashion statement you have ever made?

DK: I shaved my head back in the 90s. Been bald ever since. Kind of like a short, Jewish Michael Jordan.

What do you wear when you go to bed?

SK: Many, many layers during Canadian winters.