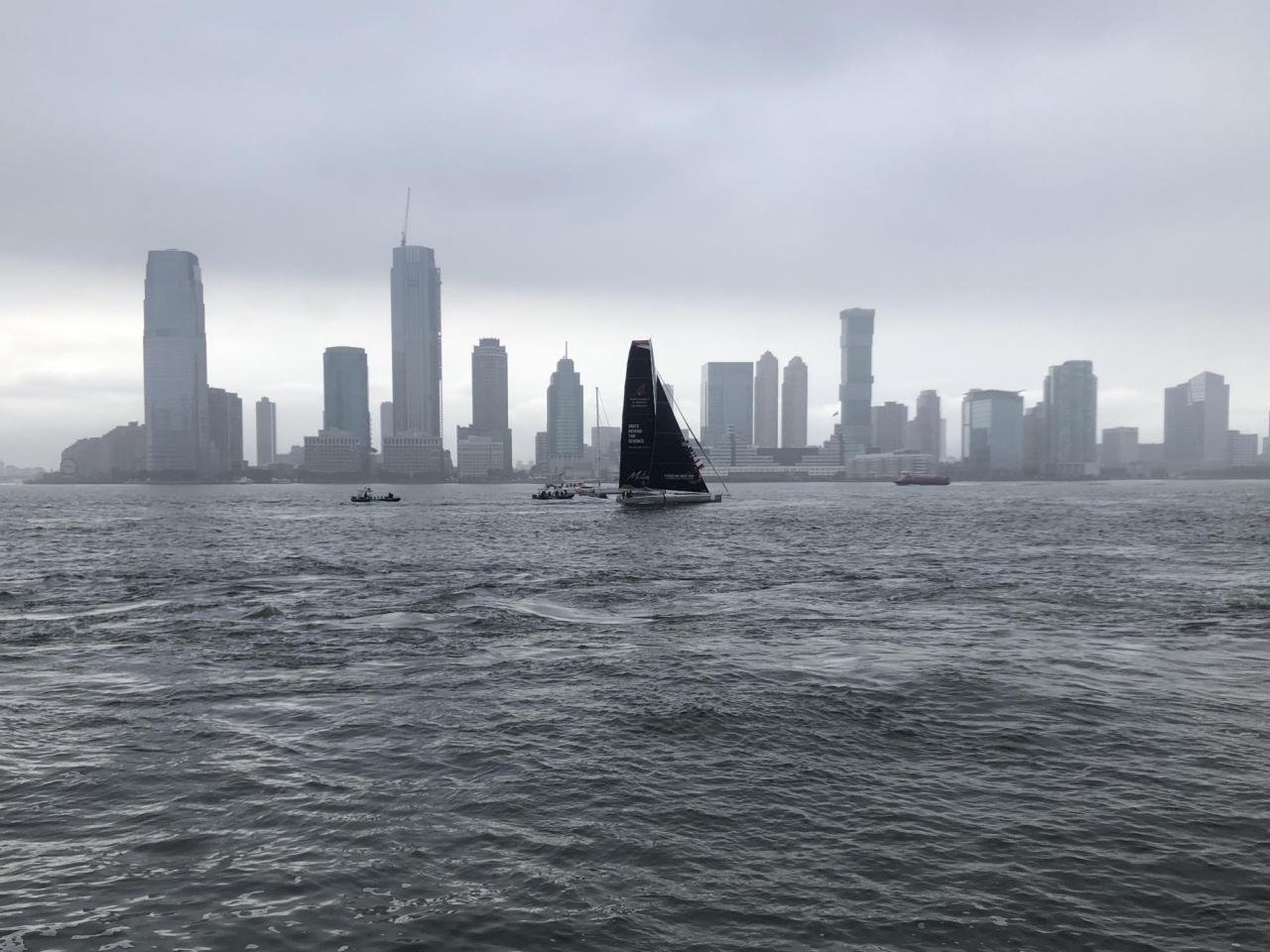 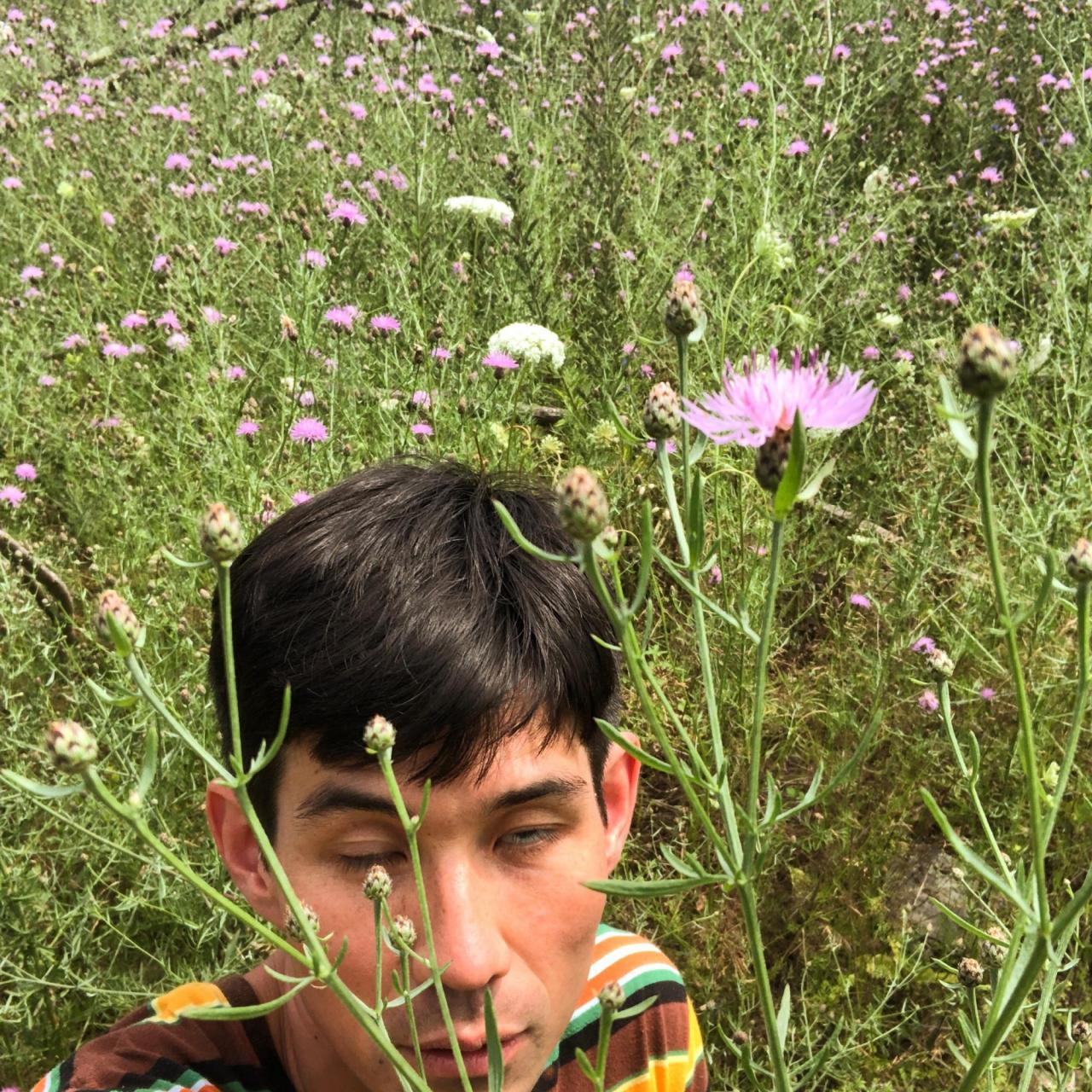 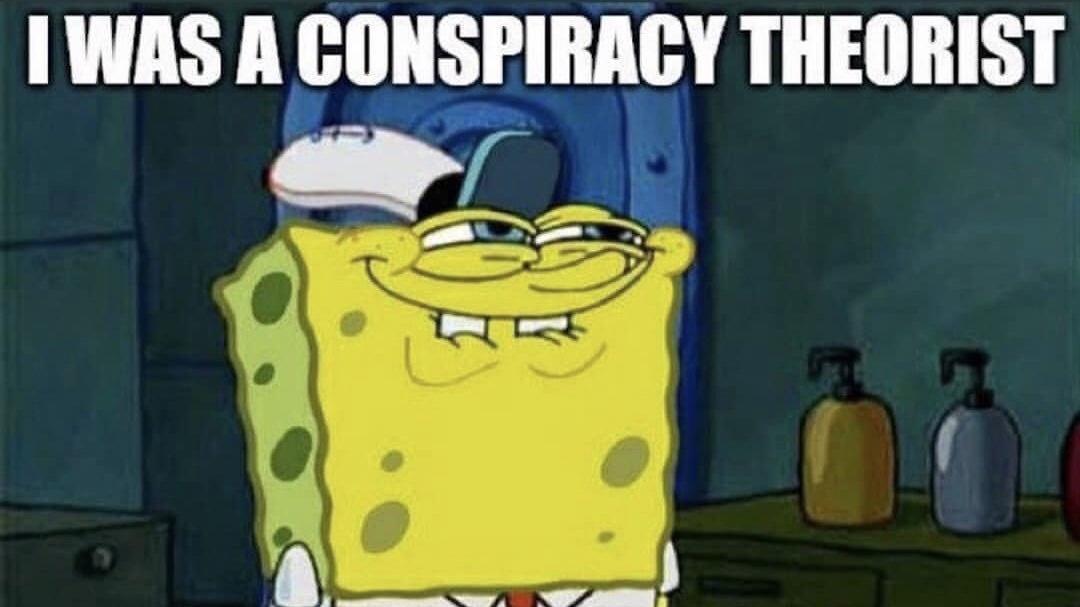 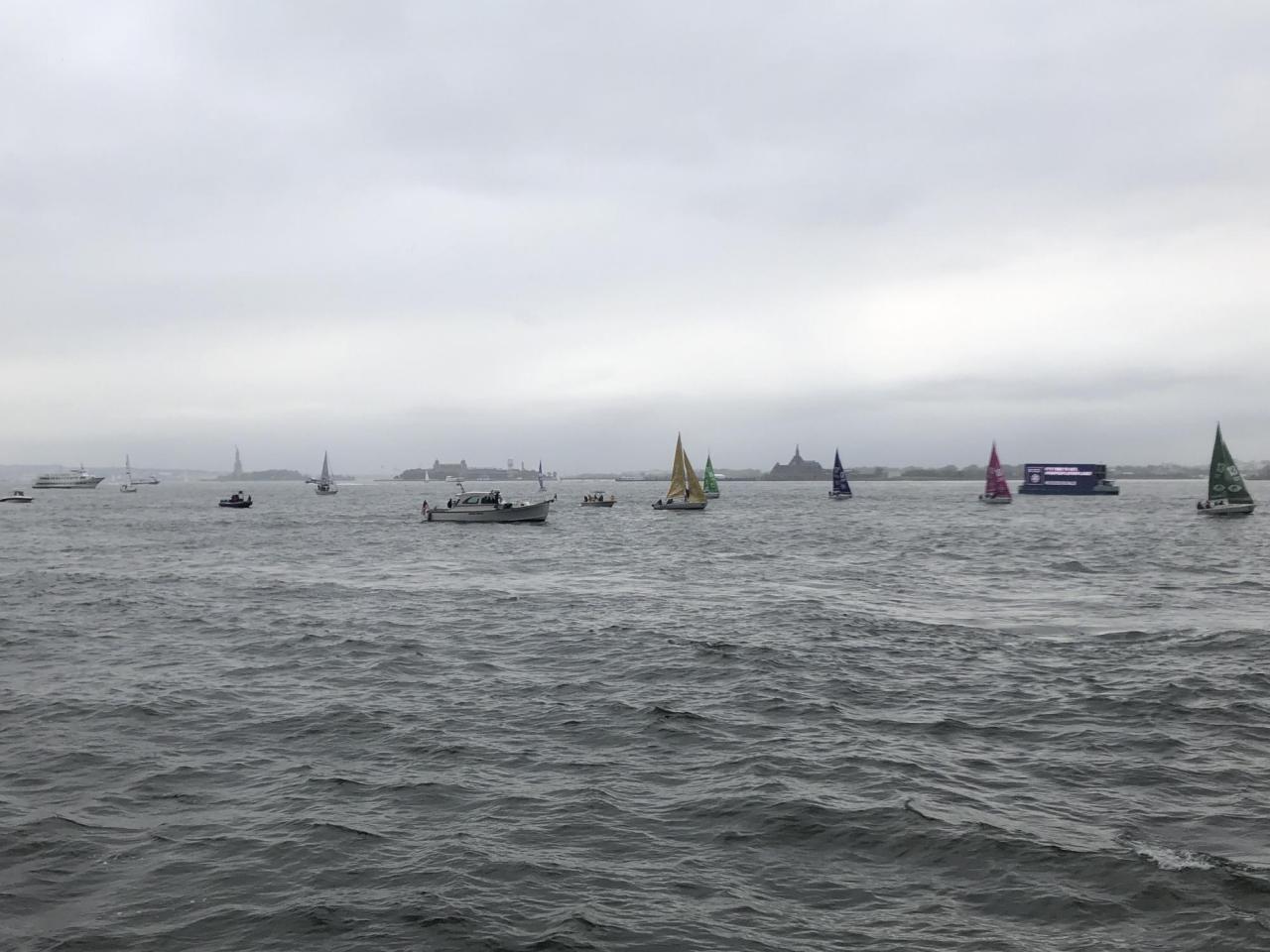 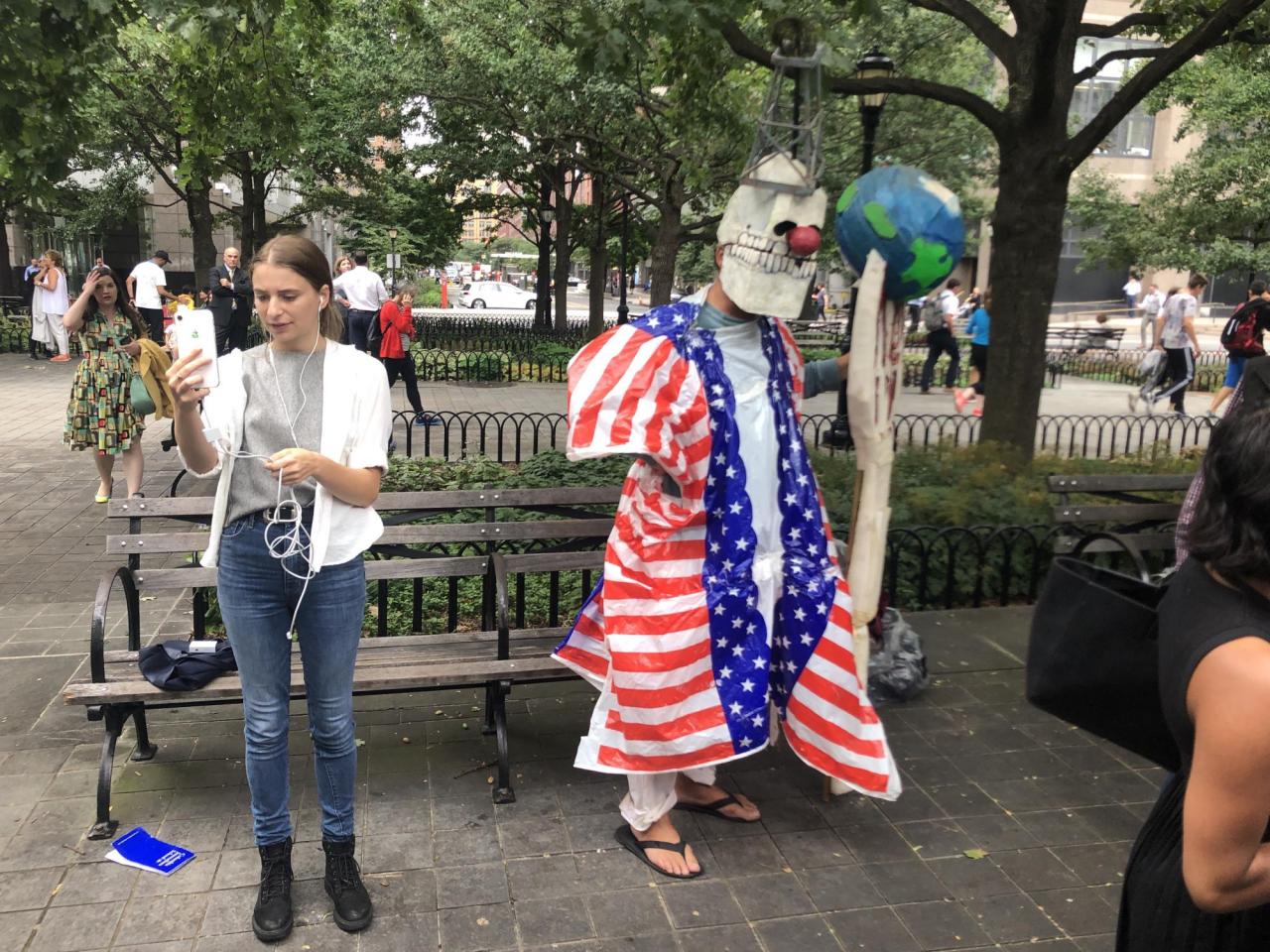 In late July I went to stay with some friends in the Catskills. The art world was shutting down for the season and everybody was trying to go upstate or to Europe. We stopped at Bard College for the opening of the MFA degree show and my friends and I walked around with a young black kitten they’d adopted, Gomi, who was found in a trash can in Central Park and was now being ferried about in a transparent Metabolist-bubble backpack they’d bought online from AliExpress. At some point Gomi got too hot and began panting so we left to go sit in the car with the air-conditioning on full blast.

Later we drove half an hour to a swimming hole by a town named Leeds. We parked behind a diner and climbed down through the woods to find a wide magical river composed of shallow pools and miniature falls and lots of flat rocks to lie across, all dotted with gangs of art kids from the college and the city. It was amazing. Upstate New York really is a dream. Last time I came to Hudson Valley I visited Kye Christensen-Knowles, Sean Mullins, Phoebe Nesgos, and Henry Belden’s vampire barn in Goshen, where they were all living together and making creepy gothic figurative paintings and bas-reliefs. This time I followed my friends as they hopped across the rocks with their kitten in his bubble, stopping halfway across the river to say hello to Precious Okoyomon and her tiny dog. Precious was hanging out with Aviva Silverman and Ally Marzella and the queer cooking collective Spiral Theory Test Kitchen. Korakrit Arunanondchai and Meriem Bennani, who’d both just withdrawn their work from the Whitney Biennial, were there as well (a day or two later Warren Kanders resigned from the Whitney’s board). Diane Nguyen, who was graduating, was there with her classmates. People were throwing themselves from large boulders into the deeper pool further downriver. The whole scene felt like a Georges Seurat painting.

I swam across the pool to Brad Troemel and Joshua Citarella, who were floating slightly apart from the rest of the art crowd, as always, at the foot of some rocky cliffs facing everybody else. They joked that this was what the dream pastoral socialist utopian society would look like – a place where you leave your phone on a rock and take off your clothes and dive into the warm water – and it did seem alluring, like a twenty-first -century spin on the transcendentalist experiments at Brook Farm and Fruitlands.

After sunset my friends and I drove on through woods alight with fireflies to the house. The next day we went to a less picturesque, less avant-garde swimming hole and I stood in the river with cedar waxwings flapping around my head, bobbing up into the warm air to catch insects, and it was bliss. On my last day we waded a long way up a river to break into a labyrinth an architect had built on his private land, but couldn’t find a way past the groundskeeper. A pink trout swam right under me. We took some selfies in the meadow and “Reena Spaulings” commented on one and cautioned us to check ourselves for ticks, which made me happy, because I’d just read the Bernadette Corporation novel about her and now here she was sharing some outdoorsy wisdom about the long grass. The whole art world was on holiday I guess. I got the bus back to the city from Woodstock. I’ve always wanted to visit Woodstock but found it disappointing, full of goopy spirituality stores and tacky rock’n’roll memorabilia.

In mid August I went to the Rockaways with a Russian girl. I was meeting her by the ferry. The first thing I did when I woke up that morning was look at my phone and see that Jeffrey Epstein had been found dead in his jail cell down in Chinatown, by Svetlana Gallery. So on my walk down to South Street Seaport I stopped by the hospital he’d been brought to, New York Presbyterian, to have a look. Nothing much was going on outside (some cops, an ABC news van parked around the corner, a few paparazzi sat on the curb with their laptops), but on the side of the hospital was a massive banner reading, “AMAZING THINGS ARE HAPPENING HERE.”

That evening we went to a party at a fine art conservator’s in an Upper East Side townhouse with lots of original features and everybody there thought Mr. Epstein had been murdered, apart from my friend who’s a fact-checker at the New Yorker, who said he was probably just encouraged to commit suicide. His death was bringing the city together. Well my Russian friend didn’t care at all, but later she told me that this was like something that would happen in Russia. Not because Russians were in any way involved, she said, but just because America is a thoroughly corrupt and lawless country; like Russia.

The following weekend I bumped into another Russian, Dasha Nekrasova, from the Red Scare podcast, in a bar and she invited me to an Epstein Truther Meetup she’d helped organise in Union Square the following afternoon so of course I went along. I spent Sunday morning in the park there reading essays about the Weathermen and 1990s ecoterrorists, as I often do on weekends. Two young guys sat amongst everybody else on the park benches screaming at one another. One was in a wheelchair and was complaining that his friend was rolling a joint too slowly (which he was). His friend rolling the joint shouted back at him for ages. “You’re always trying to fuck with me,” he shouted. “You’re always fucking with me,” and so forth. This went on for a while. By the end he was yelling, “I love you man! That’s what you have to understand: I fucking love you!” It was a sunny day and spirits were high.

On the lawn a tall, handsome young guy who had, he’d told me earlier, epilepsy was wearing a carnival bird mask, smoking weed from a pipe and twirling round and around under the trees. There was a dude with an electric guitar playing Bob Dylan songs on the path. I felt like I’d fallen through a time warp and landed in a more hopeful time. I went and joined my Epstein Truther meetup on the steps of the Independence Flagstaff. There were fifty or so people there and many of them were speaking so quietly I couldn’t hear much, but still, it felt great to be part of a community, if only for an hour or two. I always feel like I need a movement, or something to give me more purpose in my life. I tell myself this every day.

Towards the end of the month I went to my friends’ wedding in an old sea captain’s house and then, after their wedding lunch, to North Cove Marina by Ground Zero, to see Greta Thunberg make landfall in America. She’d sailed from England and was a couple hours late. According to Twitter her flotilla was held up somewhere by Governors Island. There were hundreds of people of all ages stood by the marina waiting for her with homemade signs and cheering and chanting that they loved her. I spoke to an old Japanese lady who reminded me of my mother, and she told me that the reason she’d come was because Greta was such a great climate activist so she wanted to welcome her to America. I spoke to a jolly ponytailed man in army fatigues holding a stick and he told me he worked for the UN and had to make sure none of its guests died. He said he’d never lost one yet. We waited some more.

“Look, a black sail!” the Japanese lady cried, and then Greta came sailing past Lady Liberty and into the harbour on her black-sailed boat. She has, my friend Sean Monahan later noted, “an indisputable knack for political grandeur.” When she came ashore to give a press conference it felt messianic; this Stockholm schoolgirl with Asperger’s, obsessive compulsive disorder and selective mutism talking stiltedly about how she’d exited her depression through protest and how we had to save the world together, bringing joy for the children and some hope for the disillusioned old New Yorkers. She told the world’s press that she liked doing nothing and was going to miss staring at the ocean for hours. She wasn’t sure how she was going to make it back home eventually. In most ways Greta Thunberg is a rather preposterous character, and that’s what makes her so well suited for her age. What I particularly like about her is that she doesn’t appeal to our sense of the childlike and endearing. Quite the opposite; she’s humourless and uncompromising and here to shame us for our collective sins. But she also gives us something to hold onto.

So that’s what I got up to when the galleries were closed. Fifty-one years have passed since Valerie Solanas walked up to The Factory on Union Square and shot Andy Warhol. She almost saved us from this hell world of images, celebrity, pop, style magazines, reality television politics and everybody wanting to be famous or an artist, but she failed, and we can never go back to that moment. We have the same concerns today as we did then. It’s been fifty years since Woodstock’s three days of peace and music provided a template for a whole new society upstate. Back then we had free love and Save the Whales; now we have polyamory, subscription-based dating services for creatives and Extinction Rebellion. In those days we had JFK’s assassination to obsess over; now there’s Jeffrey Epstein’s death and the secrets he took to the grave with him. Psychedelic art’s swirling around the galleries again. Wavy gravy all over the place. My friends are taking mushrooms and acid and speed and smoking weed out of their magic pens. They say that summer’s over but I wish it could have lasted forever.

DEAN KISSICK is a writer based in New York and a contributing editor for Spike. A new installment of The Downward Spiral will be published online every second Wednesday a month. Last time he wrote about monkey-human chimeras.

Selfie from the Catskills