Domestic entanglements: »The Insides Are On The Outside« 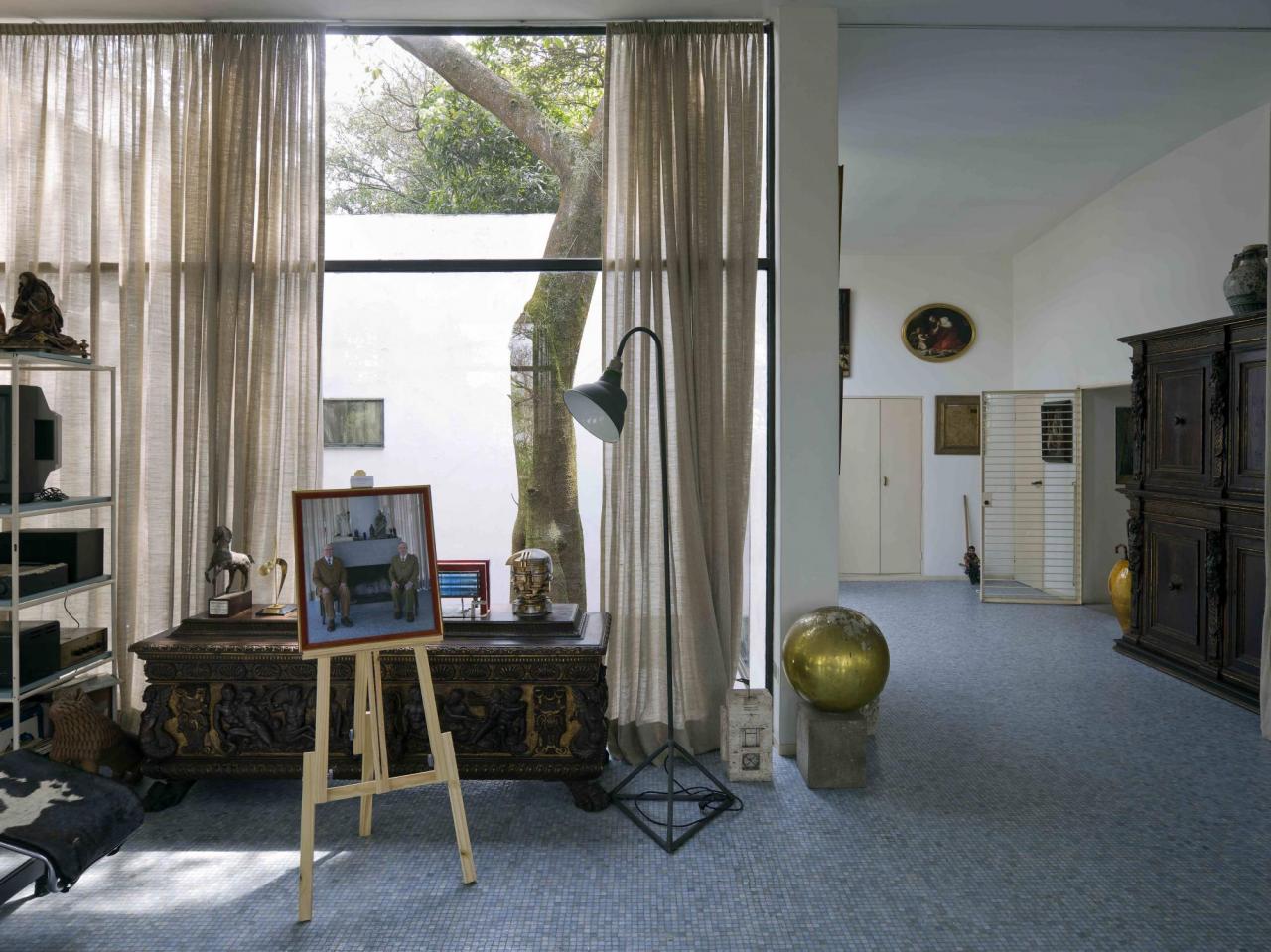 Hans Ulrich Obrist’s occupation of the Modernist villa architect Lina Bo Bardi built for herself and her husband Pietro Maria Bardi, is not the first time the Swiss curator has investigated placing art in what is ostensibly a domestic setting. I say ostensibly because Casa de Vidro (The Glass House), like its predecessors, is no ordinary home. In the same manner that the Nietzsche Haus in Sils Maria, Switzerland; the Sir John Soane’s Museum in London; Casa Luis Barragán in Mexico City and Federico García Lorca’s Huerta de San Vicente in Granada, Spain, are spaces weighed down with the history and cultural significance of their former owners, so too is Bo Bardi’s design.

Built in a suburban neighbourhood of south São Paulo in 1951, it sits on stilts over a rolling, tangled garden. The possessions of the architect and her husband (who was curator at the Museu de Arte de São Paulo, the building of which is one of Lino’s most famous works) are still very much in evidence. Their furniture is intact; artifacts, collections, and souvenirs abound through out the main living space; the kitchen and bathroom still function. A sound piece, Pietro Bo (2013) by Cildo Meireles re-enacts Pietro calling out to Lina for coffee over and over again, a ghostly aural resonance of the house’s former occupants ringing out throughout the show. The vast majority of the more than twenty artists’ contributions in Obrist’s exhibition – and those that, like Meireles, are the most successful – have a clear intention to harmonise with their surroundings and pay homage to the previous occupants. Yet in a subtly subversive manner, the artists are also playing with our perceptions of fiction versus historical empiricism.

Rivane Neuenschwander’s installation of a series of found and bought stools throughout the house is an example of this in extremis. Were it not for the map guiding visitors around, the stools would be easily assumed to be part of the original furniture. It’s a nice fictive rupture to the preservation of the house – and the supposedly factual biographical history the visitor is supposed to read from it. An uninformed visitor could make a similar assumption regarding a single Sarah Morris painting, Lina Bo Bardi (2013), hung by the living room entrance. It appears installed with a dry sense of self-deprecation by the artist: an awareness that her angular, geometric painted forms seem more contemporary to the clear lines and primary colour palettes of mid-twentieth century Brazilian Modernism than the present. In a way, to see the work in this context reveals rather too much of Morris’ regard to period – and leads us to question how revolutionary her practice is – yet it helps Obrist confuse his visitors’ attempts to identify the preserved heritage artifact from the art object.

Across the doorway, a portrait of Gilbert & George taken by the fireside of the house, sits on an easel, slightly usurping Bo Bardi’s claim to the residence: in this context the photo, titled By the Fireside of Lina Bo Bardi (2012), resembles the type of sentimental familial portraits common in homes the world over. By squatting the venue the duo create a welcome friction. Whose house is this? Gilbert & George profanely claim it their own. It works as both a nice pointer to how we endow places with emotional resonance – how a building can be ours beyond the legal tenets of real estate ownership and possession – and a continuation of Obrist’s quest to bemuse the visitor.

Koo Jeong-A and Paulo Nazareth’s contributions could also easily be overseen, yet once recognized as contemporary art they become two of the most affecting works. In a kitchen cabinet sits an army of nearly identical casts of a female torso. Each is only about a foot high; white, nude, with pendulous breasts. A lone figure from the series sits in the living room, among the house’s original artifacts. It is unclear whether the kitchen figures are copies of this one, or whether they are all original creations: it’s a fact that I could check, but might rather spoil the mystery surrounding these evocative women who have colonised the history of the house with the present.

Nazareth’s work, an attractive wall of yellow fruit crates stacked up in the yard, could not be mistaken as being contemporary to Bo Bardi’s time, but might be thought the remnants of an opening party. They are first observable only in part through a small corner room window. You have to exit the house and go round the back of it to see them fully. Nazareth’s work here sets up an opposition between art and the everyday, which is indicative of the exhibition as a whole, where art is a form of fiction – something playful, make-believe, free and full of imagination – against the historian’s craft of adherence to historical facts, to evidence of recognized, recorded reality. It removes the idea of needing art to expose a truth, and instead asks it to openly lie.

Subscribe
Newsletter
© 2023 Spike Art Quarterly
#36 Summer 2013
Domestic entanglements: »The Insides Are On The Outside«
by Oliver Basciano