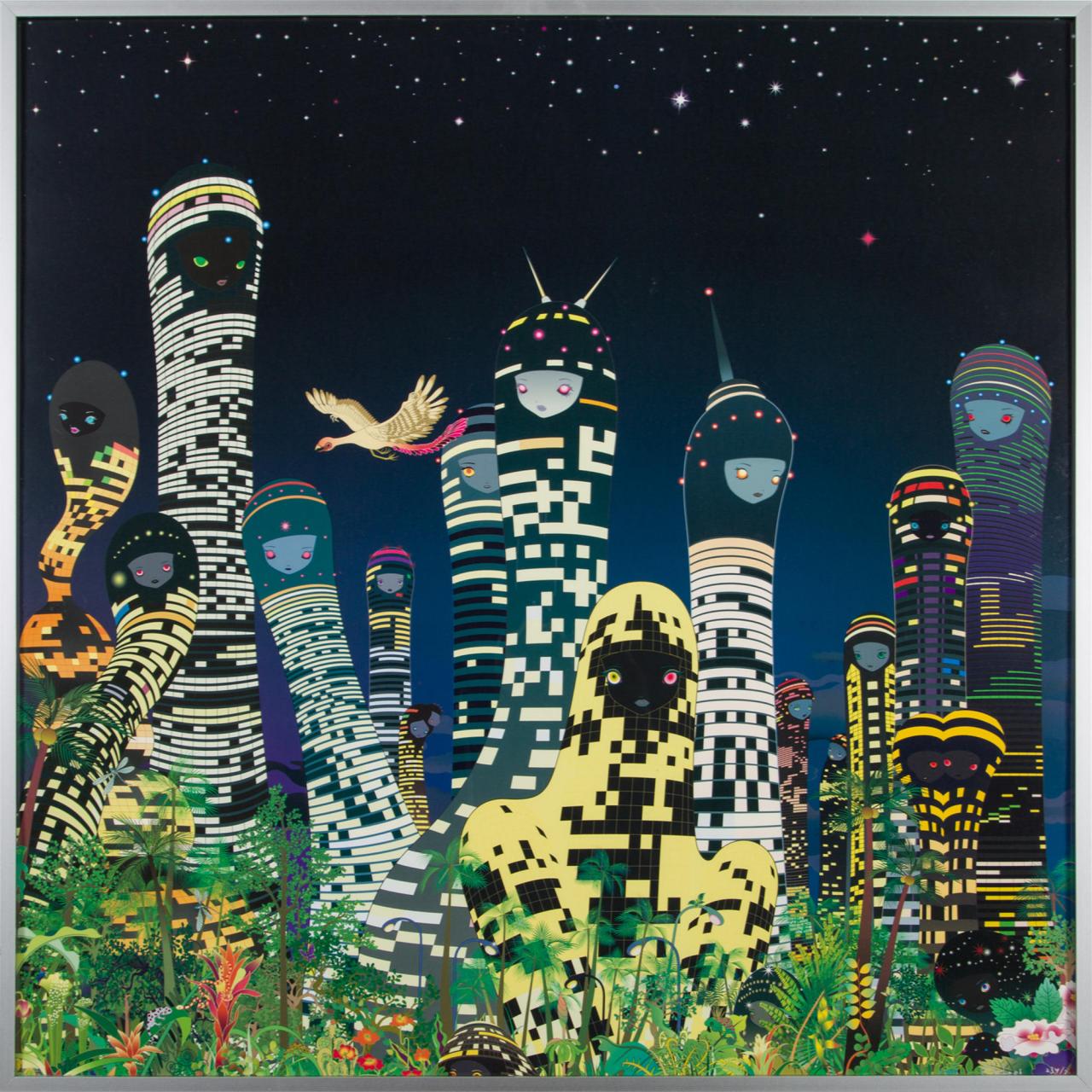 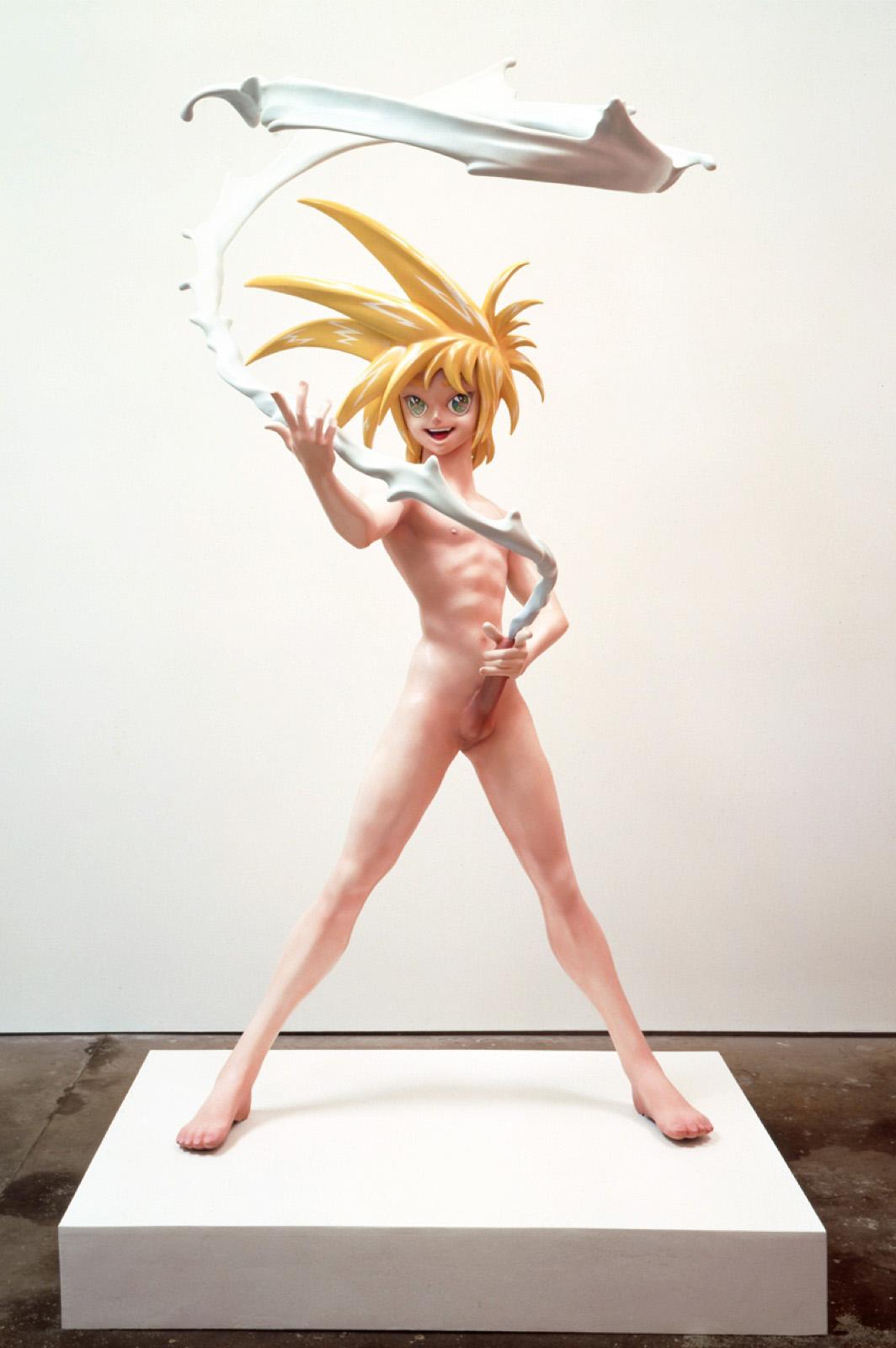 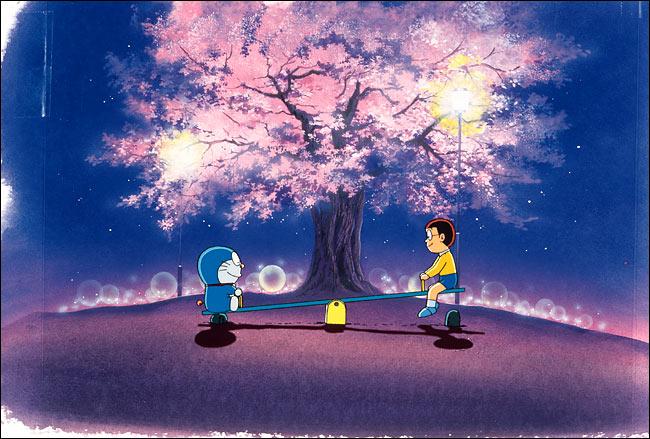 In this month’s column, Dean Kissick looks at Superflat America, the rise of hikikomori and their connections to alt-right meme culture.

It’s often suggested that one should look to Japan for a vision of the future, especially a dystopian one. “Japan may be the future of the world,” Takashi Murakami wrote in 2005 in the catalogue for “Little Boy: The Arts of Japan’s Exploding Subculture”, a group exhibition he organised in New York: “And now, Japan is Superflat. From social mores to art and culture, everything is super two-dimensional.” Today, the West could also be described as superflat – a word he coined to describe not only a visual style but also a detachment from history, emotions and reality itself.

Murakami’s exhibition traced the development of modern Japan towards what he called “the denouement of a culture, nourished by trauma, snugly raised in the incubator of a society gone slack. We feed at [convenience store] 7-Eleven, acquire cultural artefacts at [discount chain store] Don Quijote, and satisfy our intellectual curiosity with cell phones and computers. We hold the illusion that anything can be concentrated within our reach, that every kind of information can be centralised on our desktops.” That illusion has since spread across much of the developed world.

Around the time of the exhibition, the media began reporting on hikikomori – literally, “pulling inwards” – teens and young adults withdrawing from Japanese society and into their bedrooms and the fantasy realms of anime, video games, the internet, or just staring into space. Lost in their bedrooms, they would emerge only to collect the meals their mothers left outside their doors or to purchase bento boxes from 7-Eleven in the middle of the night. Here was a comfortable new way of dropping out from society and avoiding all that was expected of you. Lately, the term has also been used in relation to a similar social trend in the West.

In his short history of the anonymous messageboard 4chan, Dale Beran attributes its popularity to a lack of opportunities for a lost generation in the United States, asking:

“Why not then retreat into your parents’ basements? And instead of despairing over trying and failing, celebrate not-trying? Celebrate retreating into the fantasy worlds of the computer.”

According to Murakami’s grand narrative, Japan was Westernised and also infantilised after the war, and consequently “kawaii (cute) culture has become a living entity that pervades everything.” But since he wrote that, the West has also become more Japanese and more kawaii: the emoji alphabet, Snapchat filter aesthetics, Facebook sticker packs, Pokémon-augmented reality, anime; all of these things came from or took inspiration from Japan, and so did the anonymous messageboard communities that have transformed visual culture.

4chan was launched in 2003 as an English-language version of the Japanese site 2chan, and, like its predecessor, it was anonymous and hardly moderated. From small beginnings as a messageboard for discussions of anime and manga, it soon spiralled out of control and developed a counterculture all of its own, bringing us the Anonymous movement, new forms of communication through memes, and subsequently many of the fascist memes of recent times: from digital collages involving Pepe the frog to conspiracy theories about Marina Abramovic’s “Spirit Cooking” dinners bringing the Clintons into contact with Satan. Last weekend, in a remarkably complicated and celestial-navigatory art heist involving studying flight patterns from a live-stream of the Tennessee sky, 4chan users stole the flag from Shia LaBeouf’s “He Will Not Divide Us” performance. They really don’t like artists.

In terms of their political influence, while it’s hard to credit a cartoon frog dressed as a Nazi with convincing many swing voters – even in 2016 – the prevalence of this sort of messaging certainly helped to establish Trump’s anti-establishment credentials in the primaries and the election, and his anti-establishment credentials were one of the only things he had going for him.

4chan began as a messageboard made for otaku – meaning a person with a sort of nerdy obsessiveness for topics such as anime, or eroticised schoolgirls – and, in January, Republican strategist Rick Wilson characterised Trump supporters as “childless single men who masturbate to anime”. In the catalogue for Murakami’s “Little Boy”, anime producer Toshio Okada, speaking to academic Kaichiro Morikawa, recalled, “you said, ‘Otaku is about the vector toward dame [no good].’ As a way of expanding on that, when otaku choose this orientation, they head in the direction of becoming more and more pathetic. At the same time, they enjoy watching themselves becoming increasingly unacceptable.” Such pleasure in one’s own abjection is palpable also on the more extreme boards of 4chan, where users celebrate their own identification as losers, make a virtue of failure and not-trying, and apotheosise the objectionable, seeing the crossing of boundaries of acceptability as a source of pleasure and, perhaps, a way of giving meaning to life.

And yet Milo Yiannopoulos and Allum Bokhari, in “An Establishment Conservative’s Guide to the Alt-Right”, suggest that the majority of those making memes with a fascist bent “aren’t drawn to it because of an intellectual awakening, or because they’re instinctively conservative. … they’re drawn to the alt-right for the same reason that young Baby Boomers were drawn to the New Left in the 1960s: because it promises fun, transgression, and a challenge to social norms they just don’t understand.” In other words, it’s a sick, twisted joke from a constituency that, like Anonymous before it, defines itself by its anti-establishmentarianism. Trolling is one of the defining characteristics of this decade’s culture, and it’s hardly surprising that a gang of trolls would be attracted to a president that himself spends much of his time trolling his enemies on Twitter.Or that men who allegedly masturbate to anime would be drawn to a man who allegedly masturbates to golden showers in the Moscow Ritz-Carlton.

The source of this contemporary nihilist tendency might be a number of things: sexual frustration, despair at one’s own situation, a kind of last-days-of-Rome decadence, a losing touch with reality precipitated by our infatuation with the virtual, or many other things besides. But it is also driven by the death of subculture. Writing about Japanese hikikomori in the New York Times in 2006, Maggie Jones suggested, “In other societies the response from many youths would be different. If they didn't fit into the mainstream, they might join a gang or become a Goth or be part of some other subculture.” That was not an option, however; not because there was no subculture, but because in Japan, as Murakami wrote, “no distance exists between culture and subculture.” Now that distance has been bridged in the West as well. Hipster culture has subsumed everything: a coffee shop on every corner, everyone is a creative, Teen Vogue is about activism, and punk is just another theme for the Met Ball. “The alt-right uses the now completely bankrupt language of counterculture and transgression,” writes Angela Nagle in Jacobin, “when they talk about being ‘the new punk’, which should serve as a reminder of how empty those ideas have now become.”

Over the past decade the right has grown more and more fixated on the soft power of culture. Andrew Breitbart, the founder of Breitbart News and one of the architects of the alt-right, had a mantra – “Politics is downstream from culture” – meaning culture would have to change before politics could change, and was frequently on the lookout for strange, transgressive figures he could use. Breitbart’s protégé Steve Bannon, now running the White House, was reported by Politico to have maintained “a team in the war room at Trump Tower … monitoring social media trends” such as the grotesque memes made in the bowels of 4chan and spread across the world. The super-flattening of culture has taken place and a new generation of political technologists are working out how to exploit it. While the cultural establishment is more interested than ever in making left-wing politics its subject matter, and the anonymous meme-makers flooding the internet with images and conspiracies mostly want chaos and laughs, right-wing political technologists such as Bannon are finding ways of using these new forms of nihilist counterculture to their own advantage.

DEAN KISSICK is currently living like a hikikomori in his childhood bedroom in Oxford.