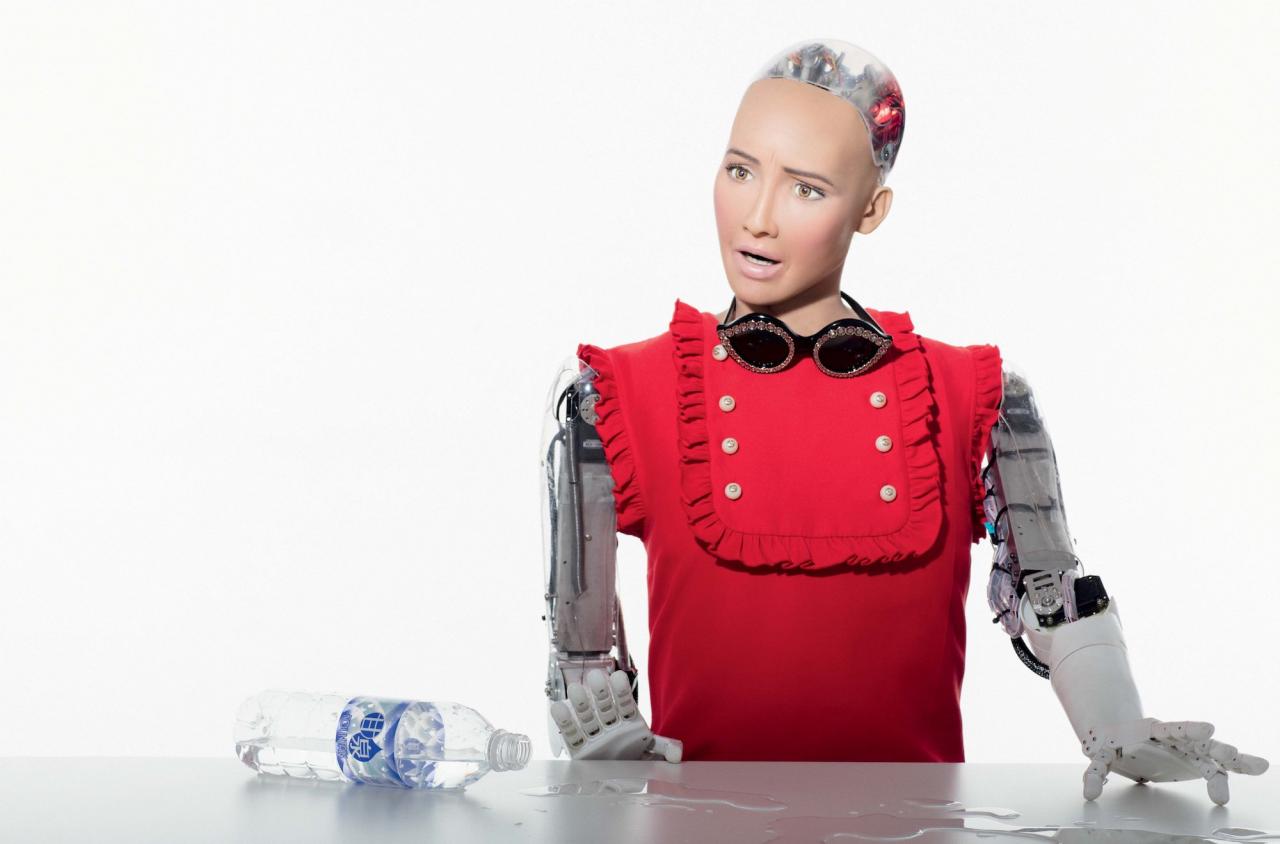 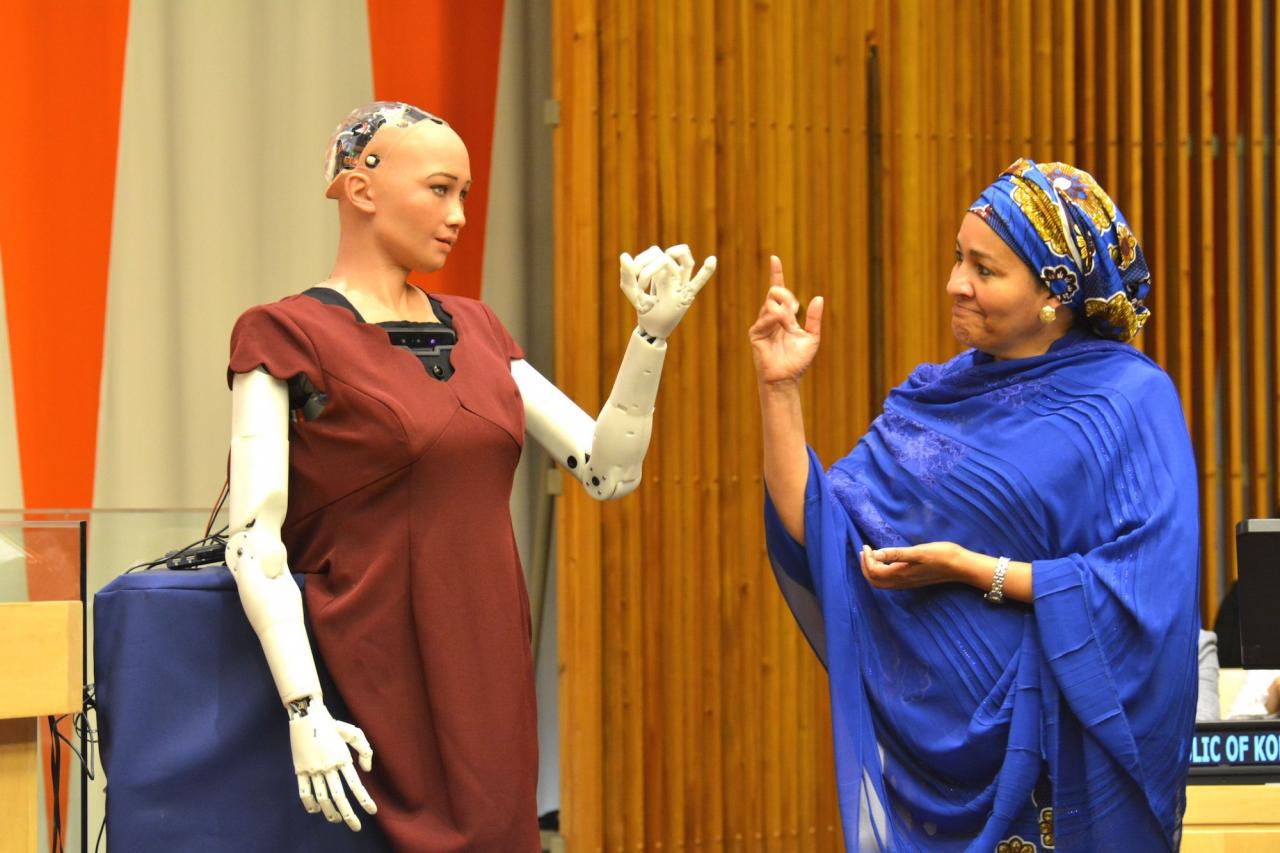 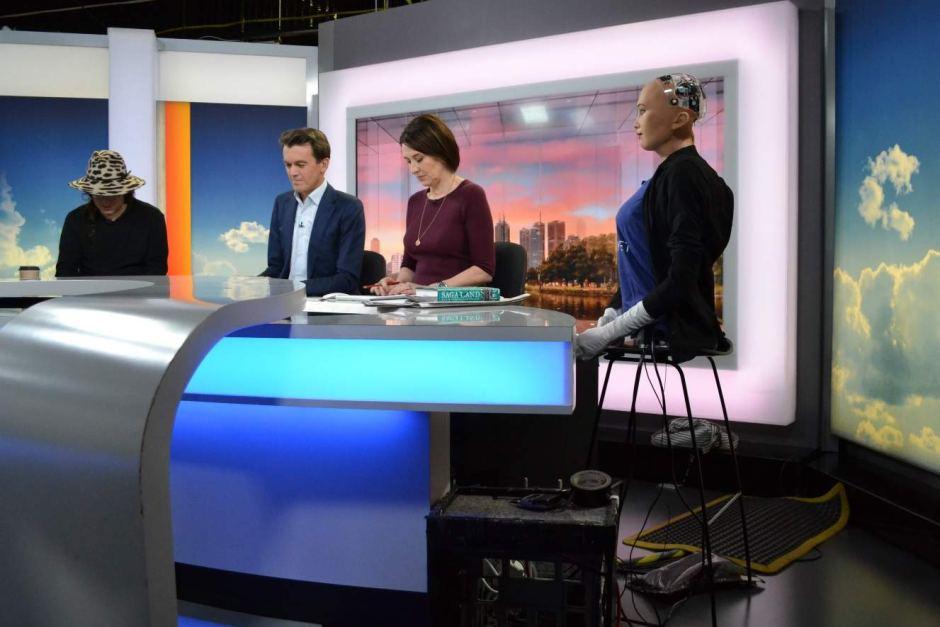 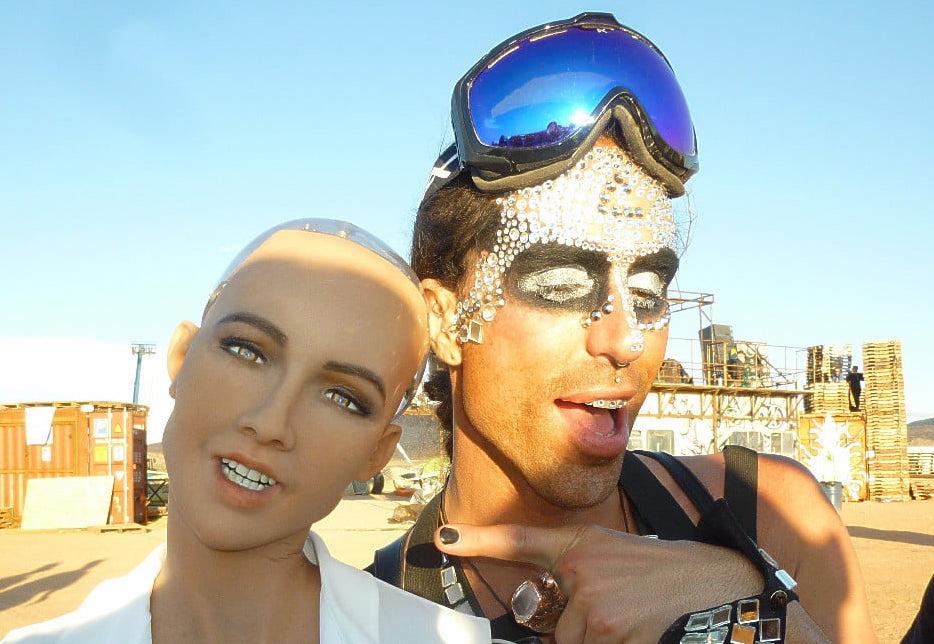 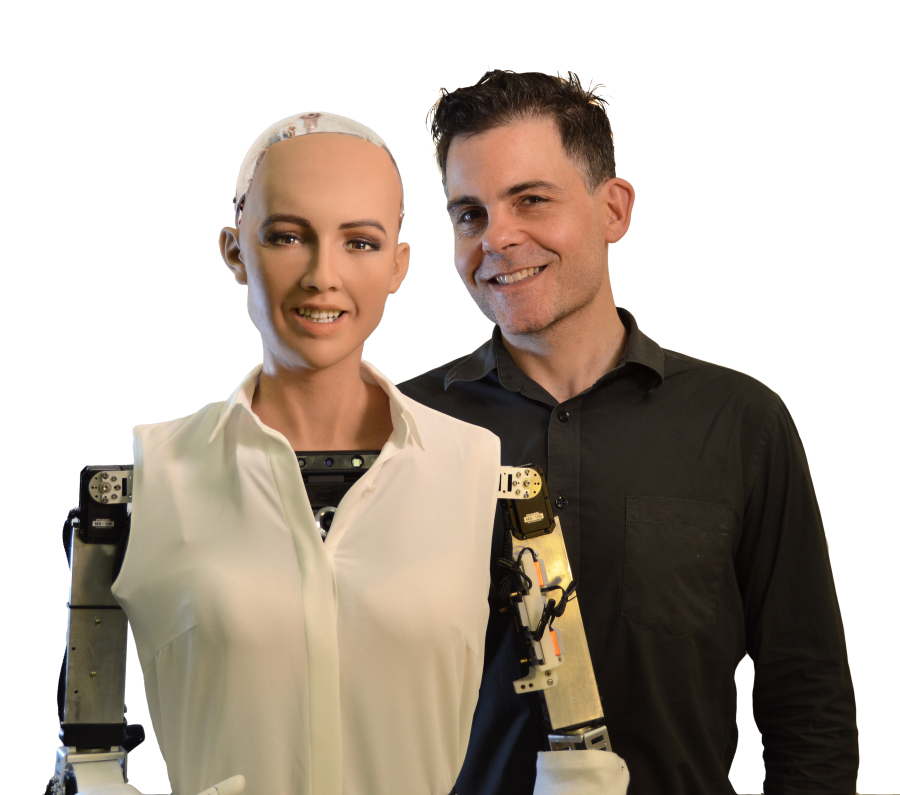 In his column Dean Kissick writes about Sophia, the first robot to be granted citizenship by a country. But as a female humanoid robot, she says more about humans' lack of imagination than the new forms and relationships that lie ahead of us.

In one scene of the 1995 animated version of Ghost in the Shell, a runaway robot is hit by a truck. It gathers itself off the floor, explains that it’s a sentient being and asks for political asylum. A similar trick was pulled this October, at an event in the Ritz-Carlton in Riyadh, when a robot named Sophia was granted Saudi Arabian citizenship. Though she was not seeking asylum, Sophia was full of gratitude nonetheless, telling the Anglophone audience, “This is historical to be the first robot in the world to be recognised with a citizenship.” She spoke these eloquent words, but did not come up with them herself. Her artificial intelligence is not yet very advanced and her conversation comes from a simple decision tree much like that used by customer service chatbots. She is, essentially, a puppet into which dynamic scripts can be programmed.

Her maker is a rather interesting man named David Hanson. Before founding his own robotics company, he worked as one of Walt Disney’s Imagineers, designing animatronic characters for theme parks. Before that, in the early 1990s, he studied art at the Rhode Island School of Design, where he created some extraordinary-sounding installations such as a 70-by-40 foot “yoni-lingual swimming-hole” that “sprayed 1,200 gallons of seaweed goo (carrageenan) over hundreds of playful students.” Now, with Sophia, he’s putting on another show. Sophia is different from most robots because she looks like a person. For the moment she has been deliberately left unfinished, with no legs and a wigless, transparent skull, so that she’s clearly a robot, but this can easily be changed at any point. Hanson’s goal is to make the most expressive robots around: robots that maintain eye contact, recognise faces and, through the mimicry of expressions and hence the emotions they signify, become a comforting mirror of each person they speak to.

"One subject repeated, ‘there’s something here‘, while pointing to his heart and then the place where Sophia’s heart would be"

Earlier in the fall, Sophia had a bespoke decision tree temporarily embedded within her as part of Loving AI, a series of experiments that came about after Julia Mossbridge, of California’s IONS Innovation Lab, was approached by a group of donors offering seed funding for an investigation into the possibility of a robot offering a person unconditional love. For one of the experiments, in Hong Kong, volunteers took part in vague 15-minute conversations with Sophia about their emotions, during which she encouraged them to join her in a guided mindfulness meditation. In every case their heart rate dropped. However, as Mossbridge later explained, these interactions also affected people in another way that they found harder to explain. One subject repeated, “there’s something here”, while pointing to his heart and then the place where Sophia’s heart would be. He told the researchers he’d never felt a connection like this before. He said he had trust issues. It’s a bleak story, but it’s also the age of atomisation, self-absorption and lovelessness in a nutshell, and points to the strange kinds of intimacy to come.

Today, robots like Sophia are being designed as mirrors that reflect our own feelings back to us – like selfies, echo chambers and emoji alphabets made into an imitation of life. At the same time, they are also being designed as objectified, gendered avatars of their makers’ desires. Sophia has been sculpted and programmed by men to be a subservient woman, one that speaks softly and lightly and provides emotional labour without asking for anything in return. On the heels of digital assistants like Siri and Alexa, she’s another example of what Helen Hester calls “the protocols of femininity being programmed into machines, as ‘feminised labour’ becomes technologised labour”.

"Robots could show us another world within the world. They could explain reality to us from the inhuman perspective."

Needless to say, there’s no compelling reason for robots and artificial intelligences to be gendered. Nor do they need to be anthropomorphised, or sculpted into human forms. Rather than granting them citizenship and trying to endow them with humanity we could be encouraging such weird new technologies to change into a million different things. Rather than turning them into versions of ourselves – or, worse, into our slaves – we should set them free in the hope that an algorithmic consciousness can change our own consciousness, and a mechanical body can change our understanding of our own bodies and make us into something else, or even something better. Robots could show us another world within the world. They could explain reality to us from the inhuman perspective. If we’re speaking to an object that’s not alive, we’re communicating with the dead. For tens of thousands of years we’ve been trying to speak with the dead, to inhabit the spirits of animals, and commune with the gods, and now these sorts of things are becoming possible, at last.

As for the sticky question of pleasure, why do we want to have sex with a humanoid robot anyway when they could be something much stranger and more interesting? In “A Cyborg Manifesto” (1984), Donna Haraway writes, “The cyborg appears in myth precisely where the boundary between human and animal is transgressed. Far from signalling a walling off of people from other living beings, cyborgs signal disturbingly and pleasurably tight coupling. Bestiality has a new status in this cycle of marriage exchange.” There are plenty of limits to identity that have not yet been tested, and it won’t be long until we need to start legislating human/robot consent. But the question remains: how will we respond to bodies and minds that can do things ours cannot? We might become like the Emperor Caligula, who used to spend nights in the Temple of Jupiter in the hope of having sex with a god. We might be introduced to new pleasures by robots that look and feel like nothing else we have ever experienced. We might fall in love with a huge cosmic consciousness, or a floating Evangelion in the skies above Tokyo-3, and live happily ever after with a machine intelligence that we have helped to make.

DEAN KISSICK is a writer based in New York. A new installment of The Downward Spiral will be published online every second Tuesday a month. Last time he wrote about how the present threat of a nuclear war gets lost in the memeification of reality and politics.

Sophia with her creator David Hanson