The Downward Spiral: Cryptocurrency and Madness 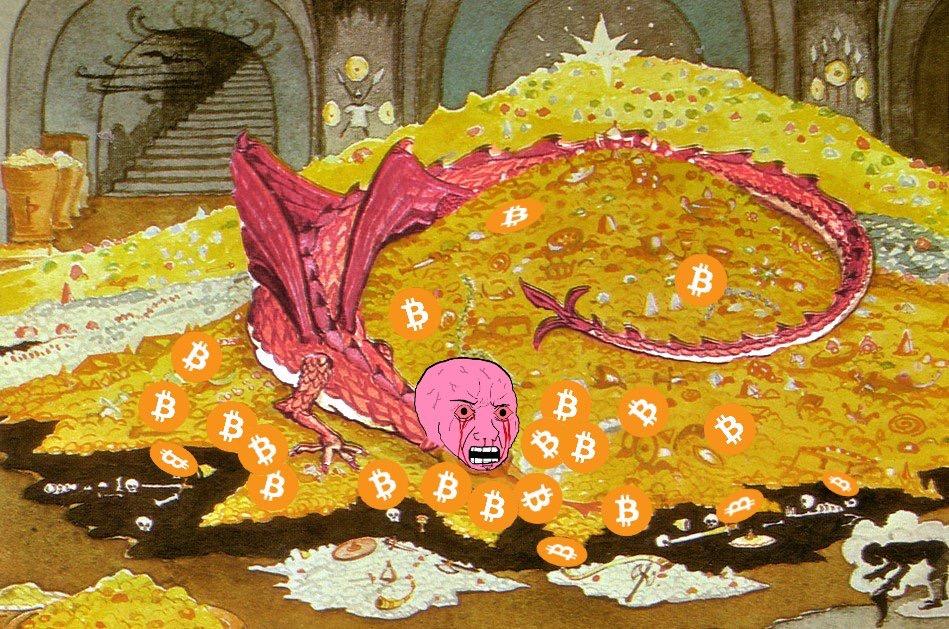 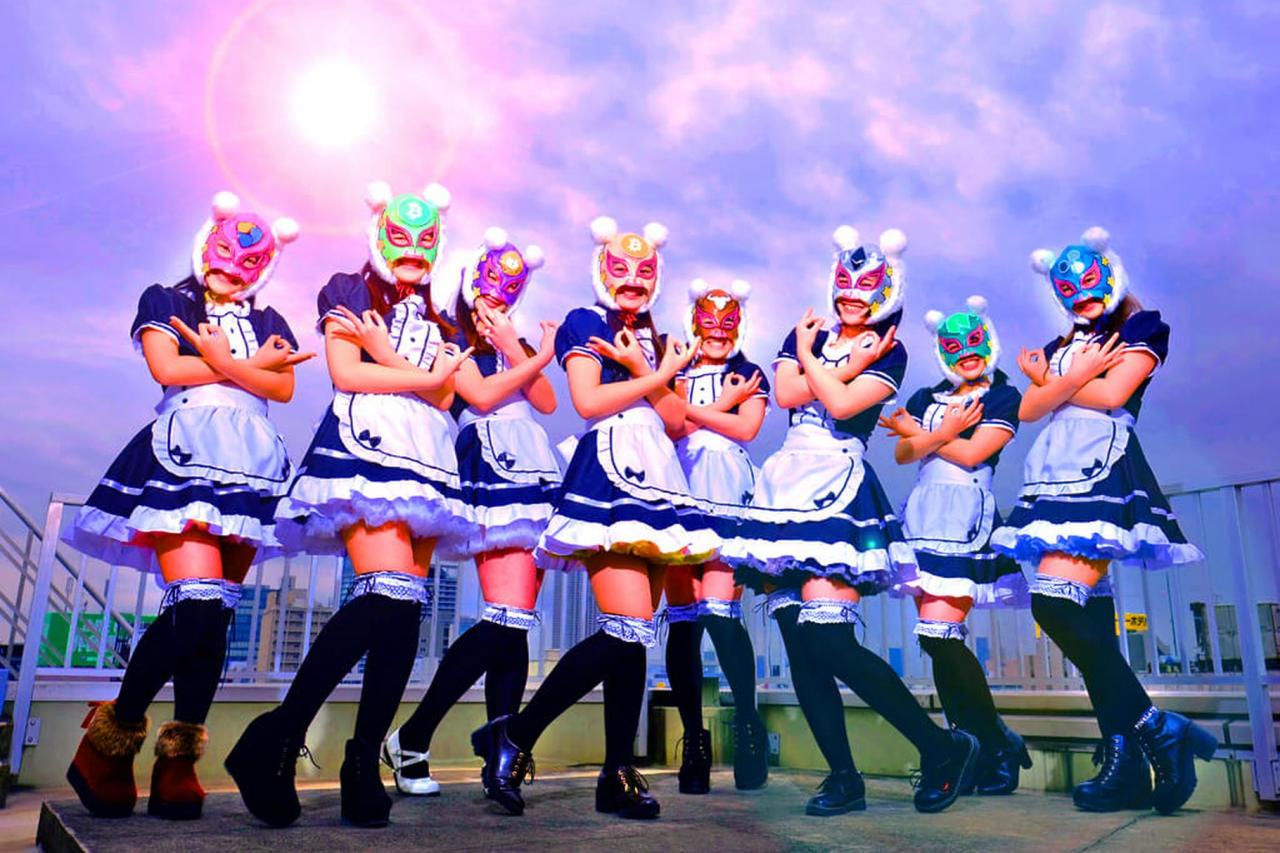 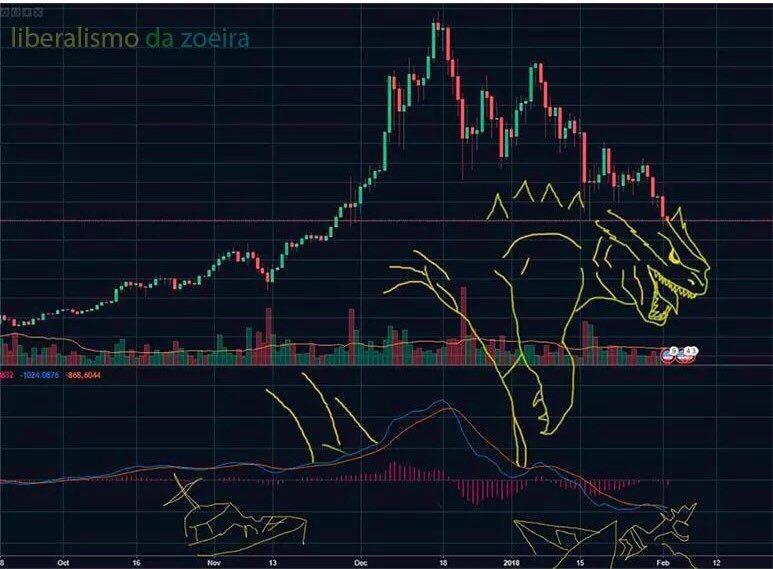 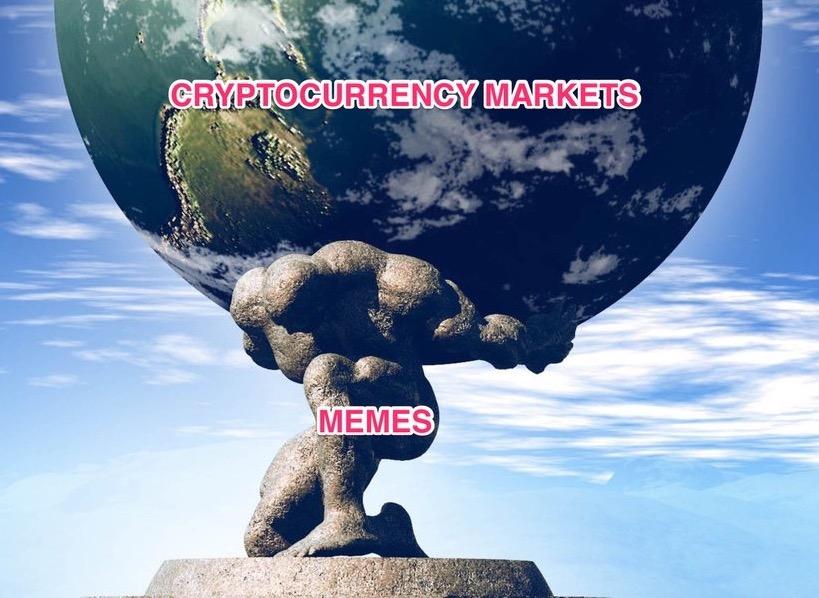 In his first column of 2018 Dean Kissick writes about going crazy for crypto. How did the blockchain's promise of immutable truth turn into an opaque cultural spectacle?

More currencies have been created in the last decade than at any other point in history. Many more: since its launch in January 2009, Bitcoin has been joined by over 1,500 cryptocurrencies, all of which are speculative and derive most of their value from a dream of what they might become. Whether they grow into a dominant, lasting market (at the time of writing, they’re collectively valued around $430 billion) or pop like a bubble, the significance of the recent mania for cryptocurrency resides not so much in prices as in the number of people that have been drawn into this new system. In other words, it’s more of a social revolution than a financial one. It’s also the most significant new online phenomenon since the rise of social networks, not least because it contains today’s mixed reality in a nutshell; it’s driven by greed, by fear of missing out, by an evangelical belief in technological progress as a way of improving society and by widespread mistrust of authority in various forms, whether it’s government-backed fiat, the banking system or skeptical financial experts. As such, cryptocurrency fits rather harmoniously into the popular mood of anti-establishmentarianism. One of its many unusual qualities is its popularity with both the hard left and hard right. What it promises – a new form of money – remains at heart a radical proposition.

Perhaps because of this, a hysterical world has formed around these new markets and the panoply of exchanges across which they’re traded. It’s a place in which sentiment swings from joy to despair every day, around the clock, powered by the wildfire spreading of stories, rumours and misinformation, and running battles between interested parties, all of which help to move prices at often-dizzying speeds. It’s a world of absurd heroes and villains like John McAfee, Changpeng “CZ” Zhao, the Winklevii and “Chairman Giancarlo”; pop-cultural crossovers like the Cryptocurrency Girls, a Japanese pop group in which each singer represents a different coin; and a new lexicon of slang (whale, hodl, moon, nocoiner). These markets are a massive generator of wild stories. Only last month, $500 million of cryptocurrency was hacked from Tokyo’s Coincheck exchange in one of the largest heists of any kind in history.

"One has to make various leaps of faith to become involved"

As rumours and lies can move the markets dramatically, trolling can be monetised like never before. In a sense, trolling has always been a currency of sorts – one that’s paid in attention, outraged reactions, blocks and temporary bans. However, now it’s also possible to turn a fast dollar profit just by spreading some Fear, Uncertainty and Doubt or else inciting a wave of optimistic euphoria. In these small, choppy markets, in the backstreets of sprawling exchanges like Cryptopia, Kucoin or Binance, a little trolling can go a long way. Perhaps markets have always operated like this but now it can happen so quickly, coordinated by thousands of bad actors flooding the networks with misinformation and malevolent advice. It’s a space full of decentralised troll factories working particular angles.

Some exchanges even have dedicated “trollboxes,” where disembodied, anonymous voices shout nonsense at one another in looping, never ending, debased streams of consciousness. These are the fastest moving online conversations I’ve ever witnessed. Every coin has its own small army of mercenaries talking up its immediate prospects, and this represents a new sort of online partisanship: a community bound not by politics, shared interests or real-world friendships, but rather by a proclivity for a certain coin. In theory, this proclivity is based upon the ideas behind a coin and the quality of the team developing it; however, in practise, it’s often more to do with the branding of a coin and the kinds of stories and communities that orbit around it.

"Nobody’s sure what cryptocurrency is; it’s not quite money, but rather is a new class of asset that we’re figuring out as we go."

Alongside the storytellers and trolls trying to move the market are hordes of self-anointed prophets trying to predict the directions of these movements by other questionable means. These markets are primarily visualised with “candlesticks” showing the rise and fall of prices over time (a method thought to have been developed by 18th-century Japanese rice traders) and, like Roman soothsayers divining the fate of an empire from the flight of a bird in the sky, autodidact technical analysts look for clues to the future in the patterns that these candlesticks draw. Numbers and patterns are used in an occult manner. In the often-contradictory world of cryptocurrency, a rather primitive, pre-Enlightenment belief in the power of signs is joined with accelerationist fervour for the virtual, and a belief in the sanctity of the mathematics underlying all of this cryptography is combined with a mystical, visionary approach.

To complicate matters further, a huge number of trading bots are also operating on exchanges. People and algorithms compete side by side, and not only is it near impossible to tell which is which, it’s also likely that the majority of participants are inhuman. Today, virtual traders place orders for virtual currencies at the speed of light as it flashes around the planet in fibre optic cables. It’s the cyberpunk mush reality Nick Land predicted in “Meltdown” (1994), in which “neoclassical (equilibrium) economics is subsumed into computer-based nonequilibrium market escalations, themed by artificial agencies, imperfect information, sub-optimal solutions, lock-in, increasing returns, and convergence.”

Cryptocurrency is mysterious by design. The identity of the founder of Bitcoin, Satoshi Nakamoto (a pseudonym thought to have been derived from Satoshi, hero of the Pokémon cartoons, and 18th-century Japanese mercantilist philosopher Tominaga Nakamoto), has never been convincingly revealed. It might be a few people. Huge troves of specialist knowledge are required to verify what’s really going on. Journalists covering the space, like investors pouring their money into it, are unlikely to understand the mathematics that provide the foundations of the blockchains or the languages in which they are coded. One has to make various leaps of faith to become involved. As it’s a world based on secrecy, many, at times rather extreme, forms of concealment are at play across its surfaces. Developers from privacy-based coin Zcash recently performed a “Powers of Tau” ceremony in a small plane, somewhere 3,000 feet above Illinois or Wisconsin, using leftover toxic waste from Chernobyl’s reactor to generate a completely random sequence of numbers that would help improve their code.

All of this is very obscure, but therein lies much of its appeal. Nobody’s sure what cryptocurrency is; it’s not quite money, but rather is a new class of asset that we’re figuring out as we go. It’s a work in progress that can’t yet be understood. The promise of the blockchain was that every transaction would be stored, forever, on an immutable, decentralised ledger, creating a new standard of truth. Conversely, cryptocurrencies have found themselves surrounded by clouds of mass hysteria, targeted misinformation, magical, alchemical thinking, bombastic scandals and some really great memes; the new financial markets, like 21st-century politics, are turning into a spectacular, round-the-clock entertainment and an increasingly cultural phenomenon.

DEAN KISSICK is a writer based in New York. A new installment of The Downward Spiral will be published online every second Wednesday a month. Last wrote about the second season of the BBC's Blue Planet and thought about a future in which science and technology may furnish us with an imaginary and perhaps still stranger world.