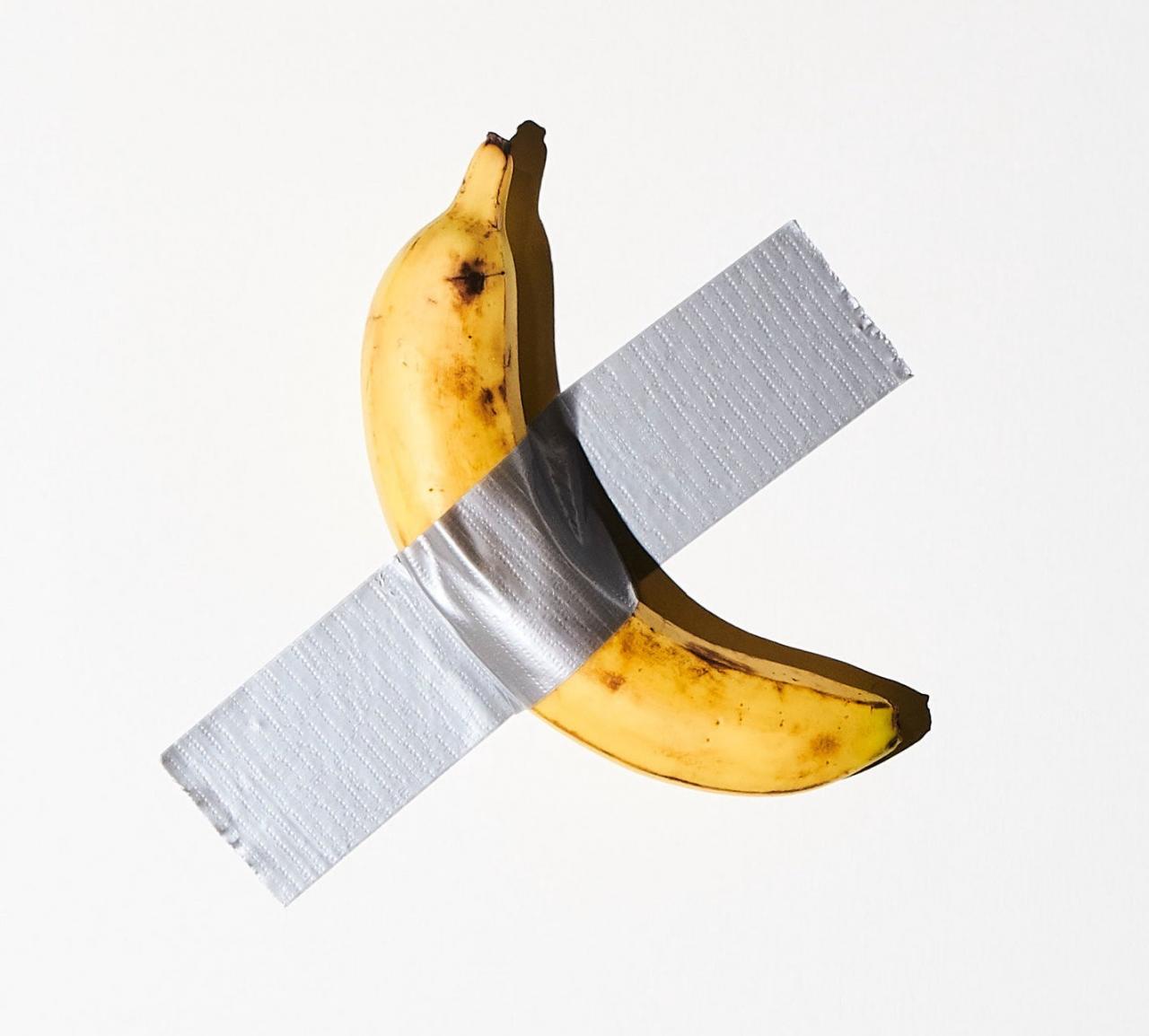 There’s an artist I know who’s often in Miami.
“You love Miami,” I write to him.
“I hate Miami,” he says.

There’s nothing there for me so I stayed at home in New York. For the first exhibition at Artists Space’s new premises in TriBeCa, a group show, Jason Hirata is exhibiting found plastic bottles from the streets of New York, which are filled with urine (whose urine is unclear) and scattered across the floor. At the opening somebody accidentally treads on one and a cool fountain of piss explodes across the untreated wooden floor and up the white wall and nobody cleans it up, it’s just left there for the evening. Hirata’s installation, Why Not Lie? (2020), won’t be endlessly refreshed. Once the show’s over next year, the bottles will be returned to where they came from and the piece complete. Most likely they’ll be collected by the bottle-gatherers that scour the city’s streets and trash cans and traded in for a 5c deposit each. Perhaps, before then, a collector will offer six figures for Why Not Lie?, or a performance artist will come and drink a bottle of the piss and post it as a story.

Cattelan’s banana points in curvy yellow to the hollowness at the heart of the fair, the flimsiness of much conceptualism, and the meaninglessness of most art writing, just as he intended it to do.

Consider the description from his gallery, Perrotin: “Cattelan was thinking of a sculpture that was shaped like a banana. Every time he travelled, he brought a banana with him and hung it in his hotel room to find inspiration. He made several models: first in resin, then in bronze and in painted bronze [before] finally coming back to the initial idea of a real banana.” This reads like a parody. Most gallery texts read like parodies. But this one does so because it is one.

A gallerist writes to me from Miami. “I needed some relief from the despair I felt on that convention floor,” she says. “Dreadful.”

Comedian’s great punchline however is the spectacle it conjures up around itself. This slight and childish gesture plugged neatly into contemporary art’s different systems of value and attention and snowballed quickly out of control. All three editions sold out quickly in the first few days. On the Saturday, Georgian performance artist David Datuna peeled one smugly off the wall and ate it. If once Adam bit into the forbidden apple and saw man cast out of paradise, now some artist eats a (concept of a) banana and well, we’re already in some kind of “artificial hell” but now slip still further down into it. Another poor experience for us all. Datuna, by the way, whoever he may be, has sold his own works up to $790,000.

Perrotin replaced the banana and police took to guarding it. By Sunday it was removed from the fair completely because the crowd wanting to see it had grown so large and uncontrollable. A kind of Bananamania had struck. Everybody had to have a selfie. The gallery apologised. Later some wag scrawled “EPSTIEN DIDN’T KILL HIMSELF” in blood-red paint across the space where the banana had once been taped and staff rushed to cover it up. The fair had descended into a theatre of the absurd; and the art world revealed as quite thoroughly broken.

I’ve been writing this column for three years now. It’s the close of the 2010s and who knows what’s coming next? But, if you’re in New York this Thursday, why not come along to Ludlow 38’s closing party and toast to the end of a strange decade?