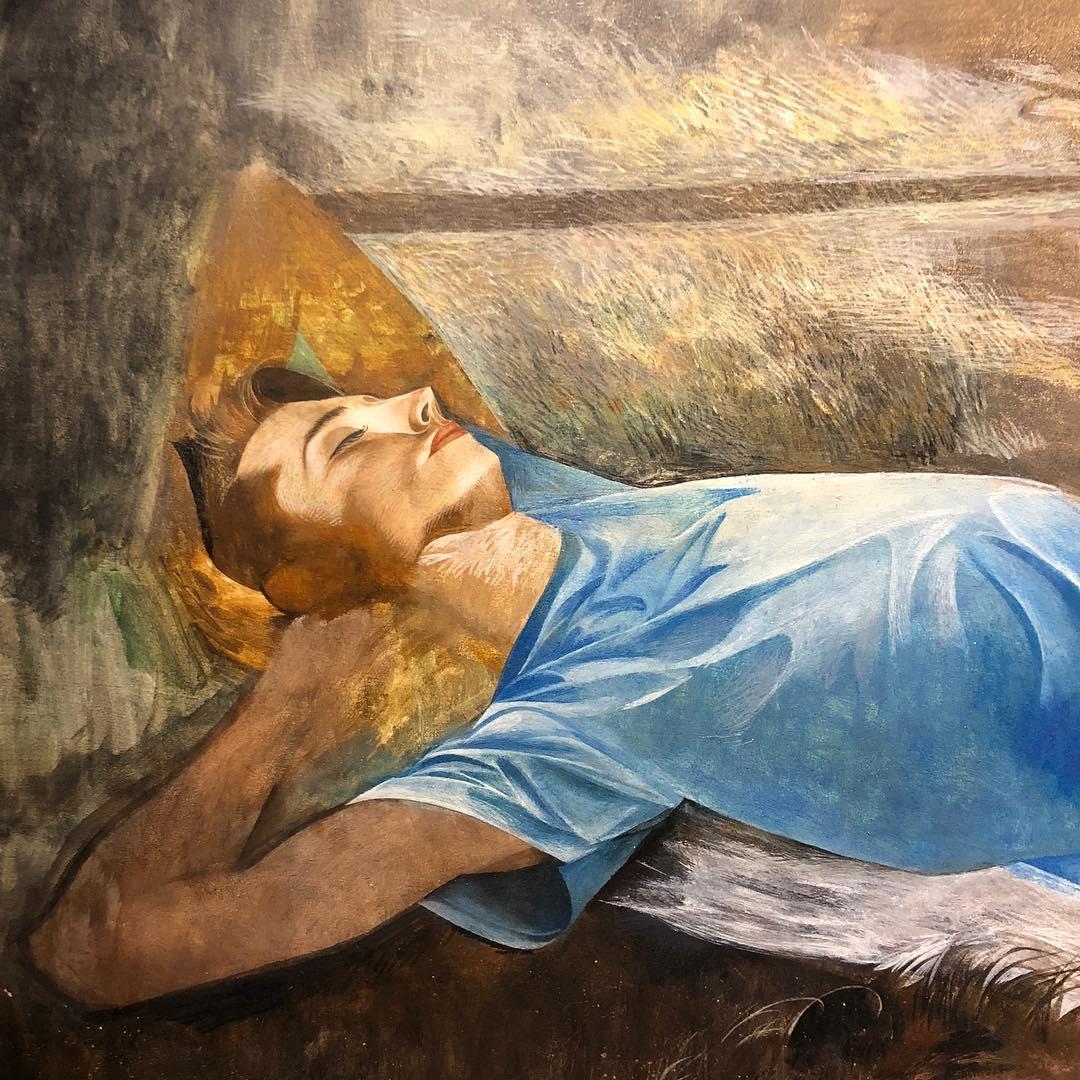 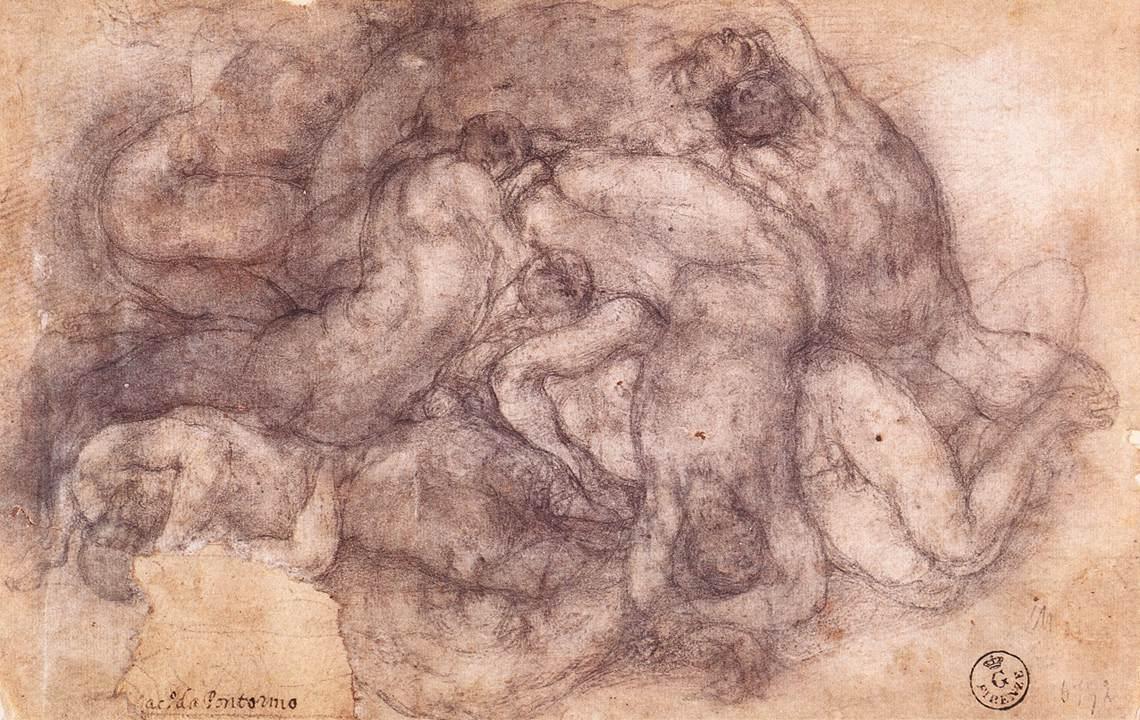 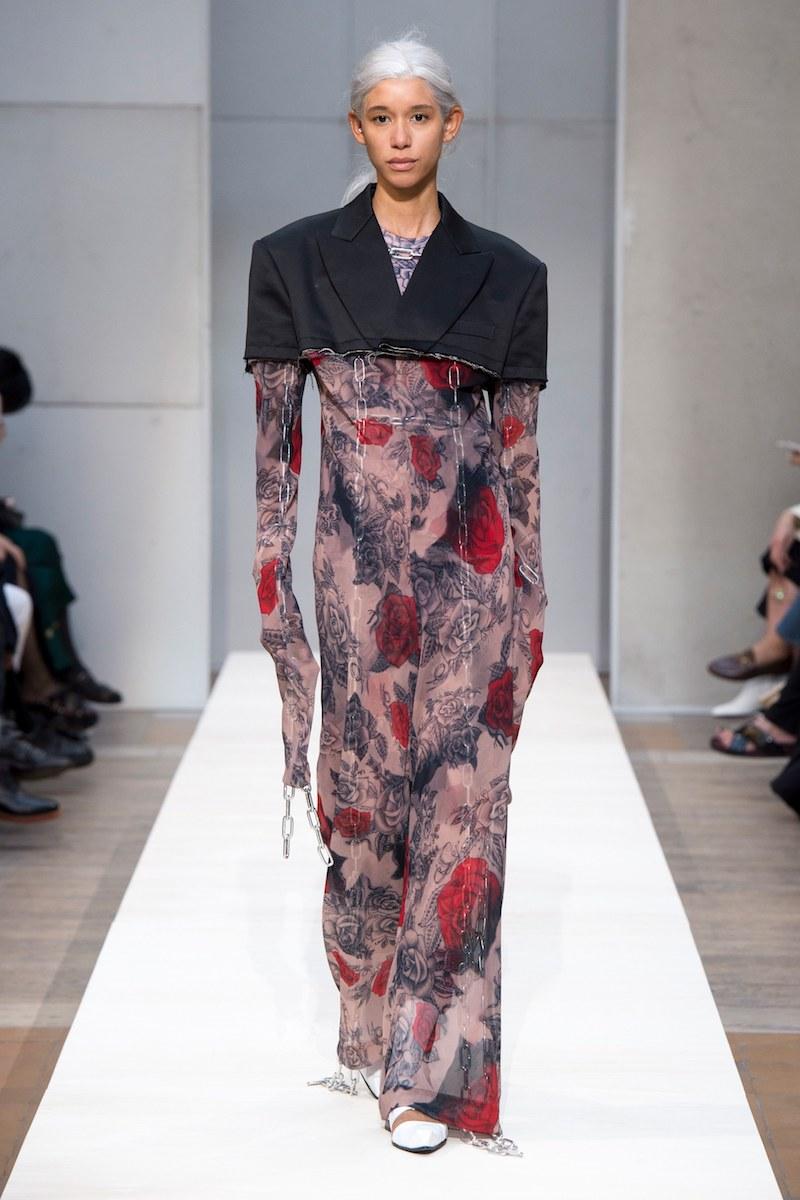 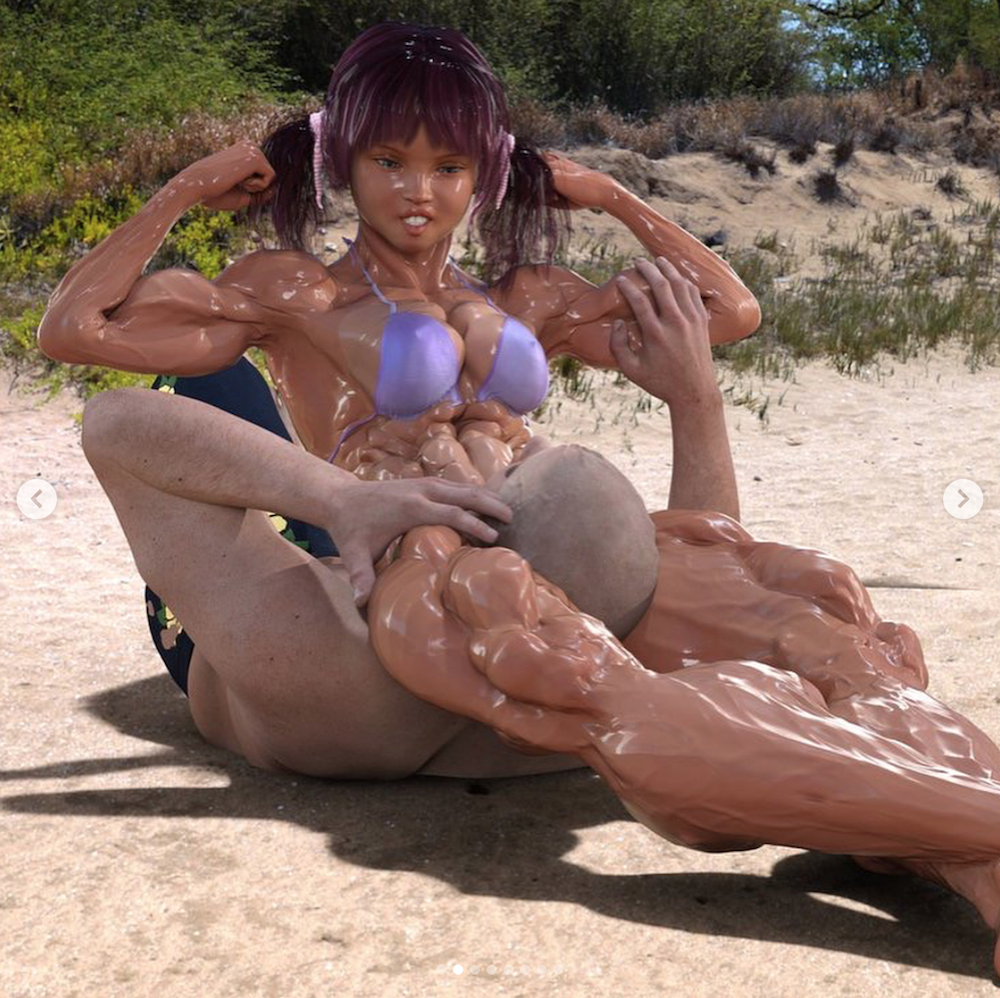 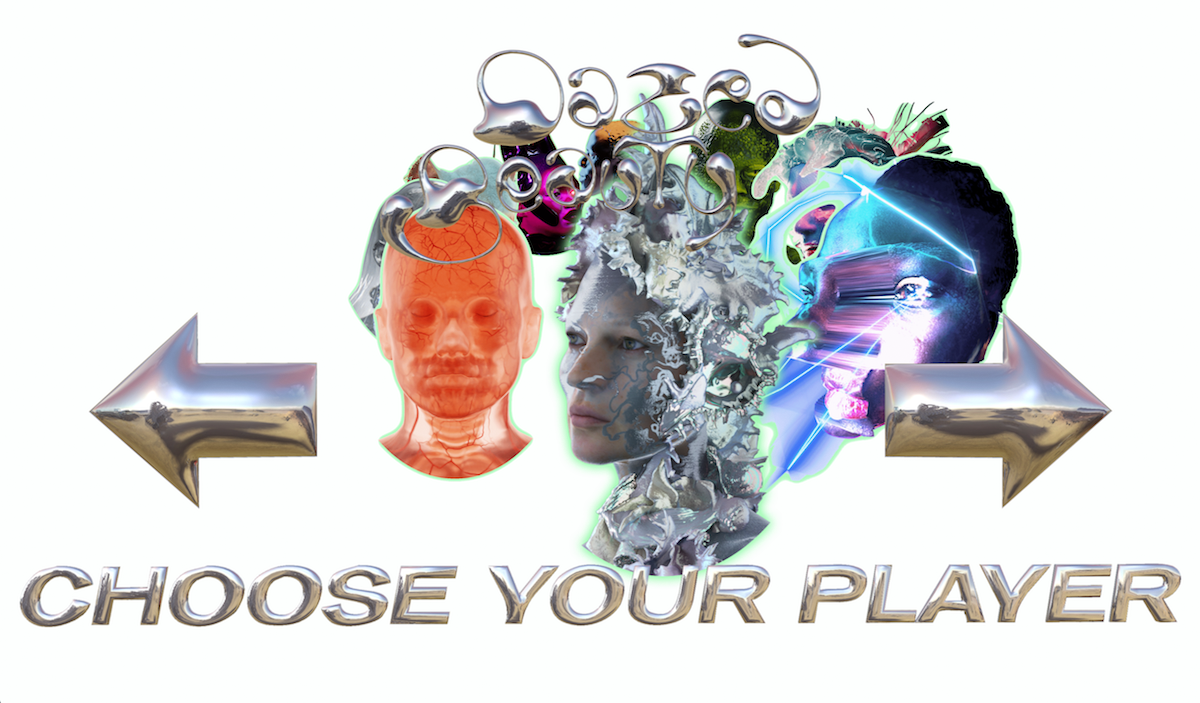 Why beauty today wishes to float free of our bodies.

Julien Nguyen’s paintings have been on my mind lately; partly because I’m writing a story about them to read at the Swiss Institute on the 26th, but they’re often on my mind regardless as they present an alluring synthesis of my interests in the history of art, particularly Renaissance visions of beauty, and the similarly transactional and purposefully enchanting aesthetics of contemporary life. Nguyen takes old compositional structures and present-day muses (young men, lovers, twinks, androgynes), takes both of these recurring forms and folds them into one another to collapse time and make the past appear futuristic. His works speak of a worship of the body today, of youths parading along the streets and down the arcades of Instagram thirst traps, but also of 15th and 16th century reimaginings of antiquity, and construct a new body, one that’s unreal and on the cusp of vanishing. The figures in the paintings in the basement of the Swiss Institute have, for the most part, hard, sculpted abdominals like rock formations in Paolo Uccello paintings from which Saint George might emerge to slay a dragon; however, more curiously, they don’t have hands or feet, their lean arms and legs just melt away to nothing. These boys cannot grasp the landscape around them, nor can they feel any solidity underfoot, for the world is unstable, and the world is chaos, and they don’t have any hands or feet.

In Nguyen’s own hands religious stories, such as his series of scenes from the life of Christ, are also heavily eroticised and the writhing, violent sensuality with which so many were already depicted in the Renaissance is heightened yet farther, but again Christ’s limbs just fade away, like the bodies in Pontormo’s orgiastic sketches of his unfinished Last Judgement for the Basilica of San Lorenzo, which meld with one another and recede into the paper. God is nearly absent from contemporary art and plays little role in the society I live in. But without god, where do we look for meaning? Without souls, all we have left is our bodies and identities. But the body is fading away!

"The body is reinterpreted as raw material for art, and no longer a container for our identity"

For decades now Comme des Garçons’ shows, with their sickly silhouettes of ready-to-wear tumours and burrs, have sung to us of how, “God is dead and all we have left’s our mutating bodies.” In the latest collection however, which was just shown in Paris, there’s something more going on and the canon itself is mutating slightly; I know this because the artist Bruno Zhu told me, and also sent me a couple of looks from the show, twelve and thirteen, that he said reminded him of Julien’s paintings. Next spring’s woman, Rei Kawakubo suggests, is lithe and in bondage, and slashed across the chest. Her long sleeves wane to hanging chains like a ghost. You buy some Comme des Garçons. You wonder if you’re really here anymore. You hold your hand up in front of your face but there’s nothing there.

Some of us (and this is Karl Ove Knausgård’s latest fear) worry that we’re disappearing below the seas of images that we make. Others take pleasure in the same process. “I think we cut down all the forests,” Deanna Havas wrote in the text for her recent show at Sundogs, “because we didn’t like them. Also we needed stretcher bars for paintings. I once rode a Flixbus through the Alps, the trees all looked like fractals and it made me feel ill. It was too much. I’d much rather look at a painting than some obscene fractal, even a bad one.” The world, in this telling, is just materials for art. Havas also elaborates on her sense of disgust with the natural. “I am revolting. We’re merely bacteria crawling on the face of this wretched planet that quivers with cadence of the living and decomposing,” she says, returning us once more to the body. How have the new conditions of virtuality and continuous online performance changed our relationship with our bodies? And what is the proposition of the new body?

"Are we beautiful on the inside, or only on the surface, or somewhere else entirely?"

Earlier this summer, Jon Rafman, who has just produced a spectacular tunnel of explosions, collapses and shuddering wipes of computer-generated textures as the set for Balenciaga’s latest show, showed me some renders of bodybuilding girls that he’d found on Deviant Art. These, he suggested, were more visually thrilling than anything happening in contemporary art; not so much because of their ridiculous, Bellmer-expanding forms (although those do have a tendency to linger in the mind) but rather the extraordinary textures in which they’re contained and how those go beyond anything one might expect to see in the flesh. They represent a twisted new idealism, and an early foray into the hyperreal sublime.

Likewise, the Dazed Beauty site that has just launched under the creative directorship of Isamaya Ffrench proposes a new model of beauty that’s just as weird: a shimmering, warped, grotesque transhumanist body. Every launch story was sculpted by “3d artists” who scanned the bodies of their subjects in the round before breaking their virtual bones, flaying them and then manipulating the underlying forms using modelling software: Arca is reanimated as a see-through agglomeration of blood vessels, organs and factory parts; Slick Woods becomes a black catwoman, and Princess Gollum a goth mouse. Here the body is reinterpreted as raw material for art, and no longer a container for our identity so much as a jumping-off point, in keeping with a growing desire to be more than one’s own reflection, to be many different alters and swap faces, colours, textures and shapes as you please; to watch your body disappear.

What I find most uncanny about Dazed’s new platform though, is how such pantomime theatricality and liquid crystal roleplay is presented alongside the same old body positivity (“ARTIST @BOIHUGO IS CHALLENGING THE EXOTICISATION OF ASIAN MEN ON GRINDR”) and rather delirious identity politics (“THE MODEL WHO DREAMS OF BECOMING THE FIRST FEMALE PRESIDENT OF SOUTH SUDAN”). Somebody is playing a complicated game of representation here. Today’s popular movements often double-down on the primacy of the body, on its importance as a political site, or alternatively seek to leave it behind entirely and float free unto the metaverse, but Dazed Beauty appears to embrace both of these urges; which has happened before, for instance amongst the otherkin subculture with its continuous shifting between genders and chimeric forms, but now it’s taking place on a major corporate platform courting the world’s leading cosmetic brands and hoping to reinvent our standards of beauty. The underlying concept is that our fluid identities demand fluid representations, ones likely to grow increasingly untethered from the physical body, and that these will be the latest way to express our unique personalities and, perhaps, spirits. Our identity could become an idol that we sculpt anew each morning from the digital clay.

When I scroll down Dazed Beauty I see the sanctity of the self reasserted by those leaving their bodies behind. When I look at Julien Nguyen’s paintings I see body worship mixed with the dissolution of the flesh, and vanity with a yearning for the rapture. In a world without a centre, or even a shared reality, contradictory ideas such as these are always overlapping. So where does beauty reside now? Are we beautiful on the inside, or only on the surface, or somewhere else entirely, in a painting on the wall, or a collection of malleable body parts saved on a stranger’s hard drive? Or all of those places together; which sounds horribly exhausting.

DEAN KISSICK is a writer based in New York and a contributing editor for Spike. A new installment of The Downward Spiral will be published online every second Wednesday a month. Last time he wrote about visiting Portland, Oregon for the Utopian Visions Art Fair.

Jacopo Pontormo
Group of the Dead (1550)