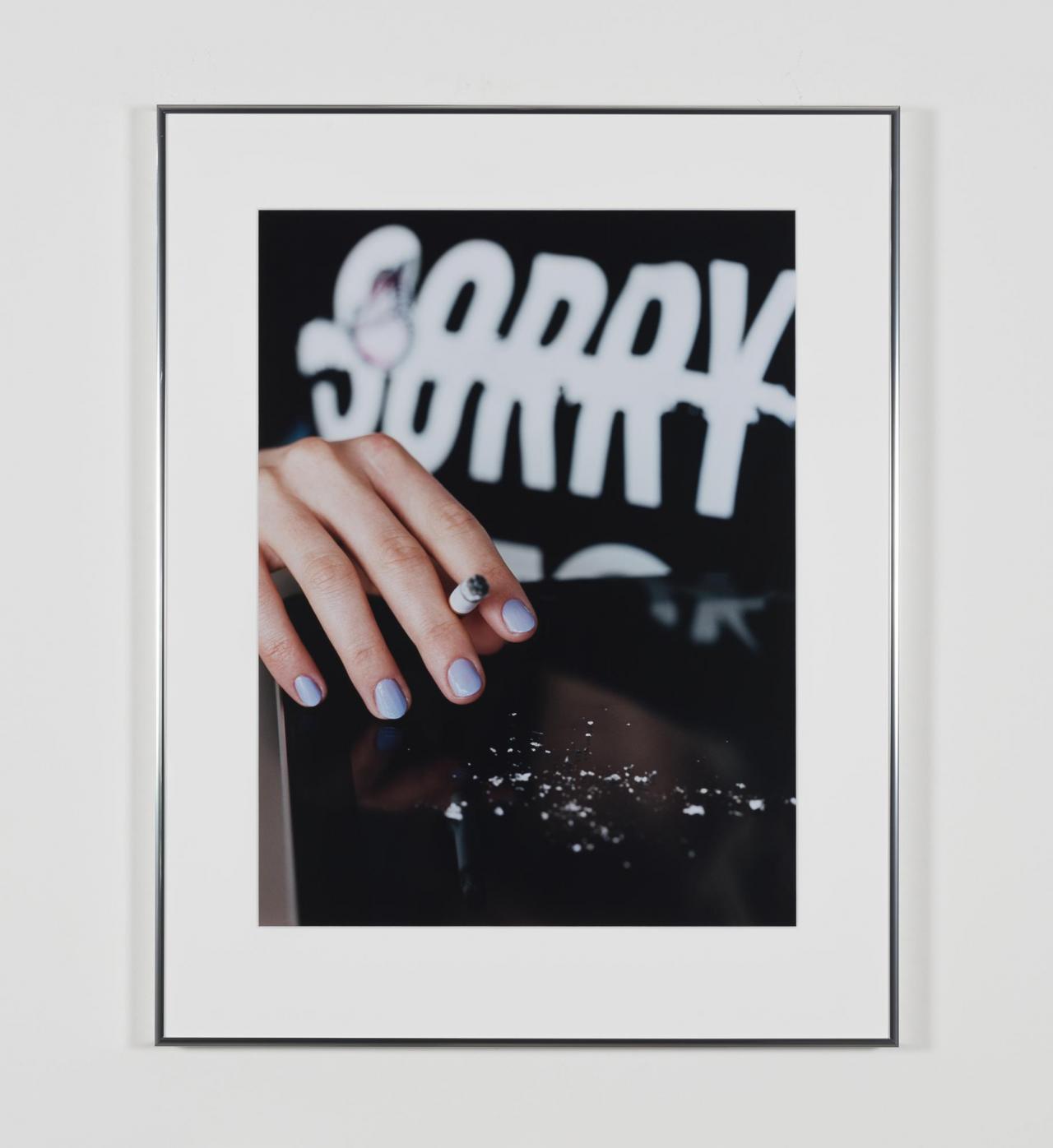 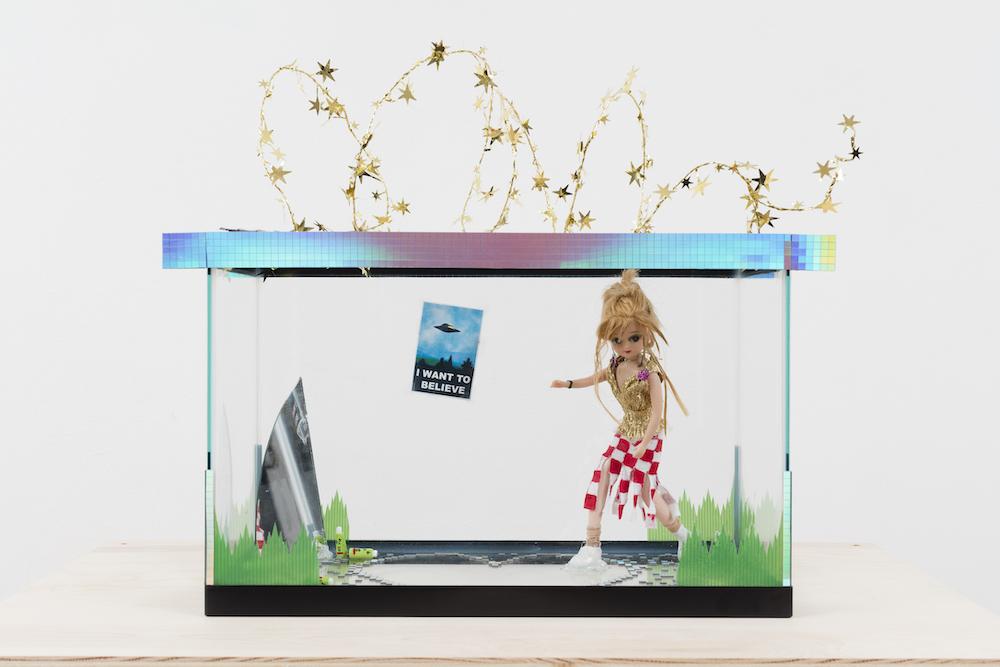 Near the beginning of Sleeveless, at a party at the Halston House, a sleazy married art dealer or possibly curator who’s been hitting on Natasha Stagg says:

“‘I’m telling you, I’m having the best time I’ve ever had in New York. It’s only getting better here.’

Even the socialite looked confused by this. ‘Now?’ she asked, frowning.”

While parts of Natasha’s book are spent worrying if New York is over, Fiona Duncan’s Exquisite Mariposa is a tale of leaving New York for a new life in Los Angeles and some Californian New Age sustenance. She’ll wear a rose-quartz crystal in her pussy to connect with her heart chakra; she’ll go to one of the great Glendale malls and perform the role of Sugar Baby lecturing Hand-Sanitizer Daddy about why financial capitalism is bad; she’ll find a Kundalini instructor, Guru Mitar, who explains, “We can’t overcome real problems head-on. We have to go about them sideways. That’s why we lift our arms up to sixty degrees.” Exquisite Mariposa is a sunny, meandering dream of Los Angeles. Sleeveless is the cold reality of New York. Fiona, and many of the characters from her book, myself included, have since moved to New York; which tells you something about what it’s really like to go to Los Angeles in search of something.

Fiona and Natasha are friends. They both write for Spike. They’ve both penned literary responses to the absurdity of modern life and the lifestyle industry and the art world. Natasha’s writing is deadpan, realist, bleak, analytical, Apollonian in its clarity and attention to form, stern in its rationality, suffused with deep ennui, in places Novocain blank, trying to remember a feeling. Fiona’s is full-blown magical Dionysian, fantastical, desiring to feel more, weirdly optimistic, micro-dosed and credulous, dizzyingly open-hearted. It’s way out there. The covers say it all. For Exquisite Mariposa, a Maggie Lee sculpture of a chaotic strawberry-blonde girl in a wild outfit, dressed like a tablecloth, who wants to believe, who’s trapped in a glass box. For Sleeveless, a Josephine Pryde photograph of a perfectly manicured yet laissez-faire hand tapping out ash like cocaine on a shiny black iPad, her black T-shirt reading “SORRY.” They’re very different books but of a particular moment. If you’d like to know what it was like to be a cosmopolitan type in the 2010s, to be young and bright and art-adjacent and trying to find your way, to begin the decade dreaming of living in New York and working for style magazines with one or two letters in their name and end it completely disillusioned with that industry, no longer even bothering to read the magazines that are sent to your house (I hide mine under the sofa), you’ll likely enjoy these.

“No one who works at Vogue,” writes Natasha, in a column originally published right here, “actually reads the magazine.” A theme common to both books, and one close to my own heart, is the Twilight of the Style Magazines. These are stories about (among many other things) a broken youth-culture industry and a submissive fashion publishing world grown corporate, lazy, dumb and conservative, desperately, thirstily caving into brands’ demands at every opportunity possible, crying out to be dominated. Working at V, a younger Natasha finds herself mystified that “fashion magazines aren’t really saying anything that they want to say about fashion.” An article is published in W under Fiona’s name but half the words are not her own. They don’t feel like her editor’s words. They’re not really anybody’s words; “The writing was that which was absent of meaning: a product.” And sure these magazines are selling us a lie, and not a particularly thrilling, seductive or glamorous lie at that, but also they’re just profoundly, psychedelically uncool. Writing about her friend and former roommate Alicia Novella Vasquez, an artist, model, poet, influencer without much influence, a sort of outsider influencer, Fiona says, “If the magazines I worked for back in New York were really cool they would’ve put Alicia on the cover, and assigned me to profile her for a good three thousand words, but these outlets aren’t after what they pretend to be. Like authenticity and art – they act like that’s their deal, when really they’re looking for accreditation and validation. Trading in existing culture capital, they don’t know how to generate it.”

A larger reason for the irrelevance and obsolescence of the style press, however, is the rise of reality-television stars and influencers with their own personal platforms. Individuals now make more money and have more followers than the magazines that once promised to make them famous. Both authors go deep on reality television. Natasha loves it. Fiona hates it; but is also attempting to make it. Her story begins with her pitching an East Village branding agency a show about an apartment of poor art-adjacent girls in Koreatown, Los Angeles she’s just moved into. “It’s like The Real World meets Instagram,” her friend says. The agency’s slogan is “Be Human.” In one of the short fragments of fiction that punctuate her collection, Natasha tells a story about a girl who joins the cast of The Real World and then moves to New York. “No one’s an aspiring actress, or an aspiring model, or an aspiring writer,” she tells her mother over the phone when asked what she’s trying to be. “They’re just aspiring, or not aspiring, or having had aspired, and now are.”

Reading these books feels like watching reality television. It’s autofiction (Fiona’s all the way through; Natasha’s in her diary pieces) about a generation that grew up in the screen world. These are deeply self-reflexive stories about a decade of self-reflexivity and self-absorption, and so their styles, different as they are, mirror their subjects: the authors, their friends, the influencers who now construct our shared reality. As some of the first books to take as their subject the extremely online, they also present us with a game of who’s who. Some characters keep their real names. Others you’ll have to guess who they are. And once you have, if you like, you can open up your phone and find them and dive straight into the stories they’re telling about themselves every day online, in a way that wasn’t really possible before. The books are part of a much larger metafiction we’re all writing together.

Of the 1990s, Natasha writes, “The youth of that era made the stoner the totemic figure of cool, whereas the ‘it attitude’ of today is closer to a well-researched paranoiac.” Doesn’t it sometimes feel like nobody really does anything anymore, other than stay at home and craft their own image and feel anxiety perhaps? Today’s girl-about-town stays at home. The distance between reality and its depiction has never been greater. What’s going on in that bedroom the laconic influencer won’t leave? Both writers take us behind the curtains. While Fiona is somehow able to write about her friends’ social media accounts and the work that goes into them in a compelling fashion, Natasha sometimes doesn’t even try to make the subjects she’s asked to profile for magazines interesting. Today’s it girls, she notes in a profile of Yeezy model Amina Blue, are discovered on social media. “Their art direction, more than anything else, gets them through doors. They are, more often than not, self-described homebodies, even antisocial. … Blue describes herself, like so many of today’s overnight influencers do, as ‘pretty boring.’”

A harrowing thought, if ever I heard one: the 2010s have made all of us into art directors.

In this late-stage Society of the Spectacle, we’ve made ourselves into the Spectacle. Life’s so transactional now, and our images and identities have become commodities of sorts, freely traded online. We’re all advertising ourselves all of the time. “Authenticity,” notes Natasha, “is an affect.” Being cool is no longer about being cool, just about looking cool. That’s all that matters. Pictures are all we are. Although, maybe it’s not even about looking cool? Maybe nobody even cares about being cool anymore, only about being popular. “‘Influential’ used to mean ‘cutting edge,’” she writes. “But an influencer isn’t influential in that way anymore. A typical influencer today is basic – the opposite of avant-garde. She’s the affluent, pretty person you’d rather not admit you pay attention to, because she is, by default, a sellout.” The real trendsetter of the 2010s, says Natasha, is a no one that sells us a placid dream of happiness. And so, in the midst of this decade in which desire and aspiration are increasingly arranged around the ordinary lives of bland nobodies, Fiona assembles her own gang of cool prospective reality stars, her own “Professor X’s Mutant Academy” with which to take on the world, with the help of a beneficent agency. Needless to say, this will not go well. But her story, in the end, isn’t really about her friends so much as herself, and her own frantic quest for what she calls “The Real”; that feeling of really being alive and a part of the world. And what could be more of the moment than the story of a person lost in this world in which nothing is authentic, trying everything they can to make it back to The Real?

DEAN KISSICK is a writer based in New York and Spike's New York Editor. A new instalment of The Downward Spiral will be published online every second Wednesday a month. Last time he wrote about Gucci’s new Cruise campaign and its star, rapper Gucci Mane.