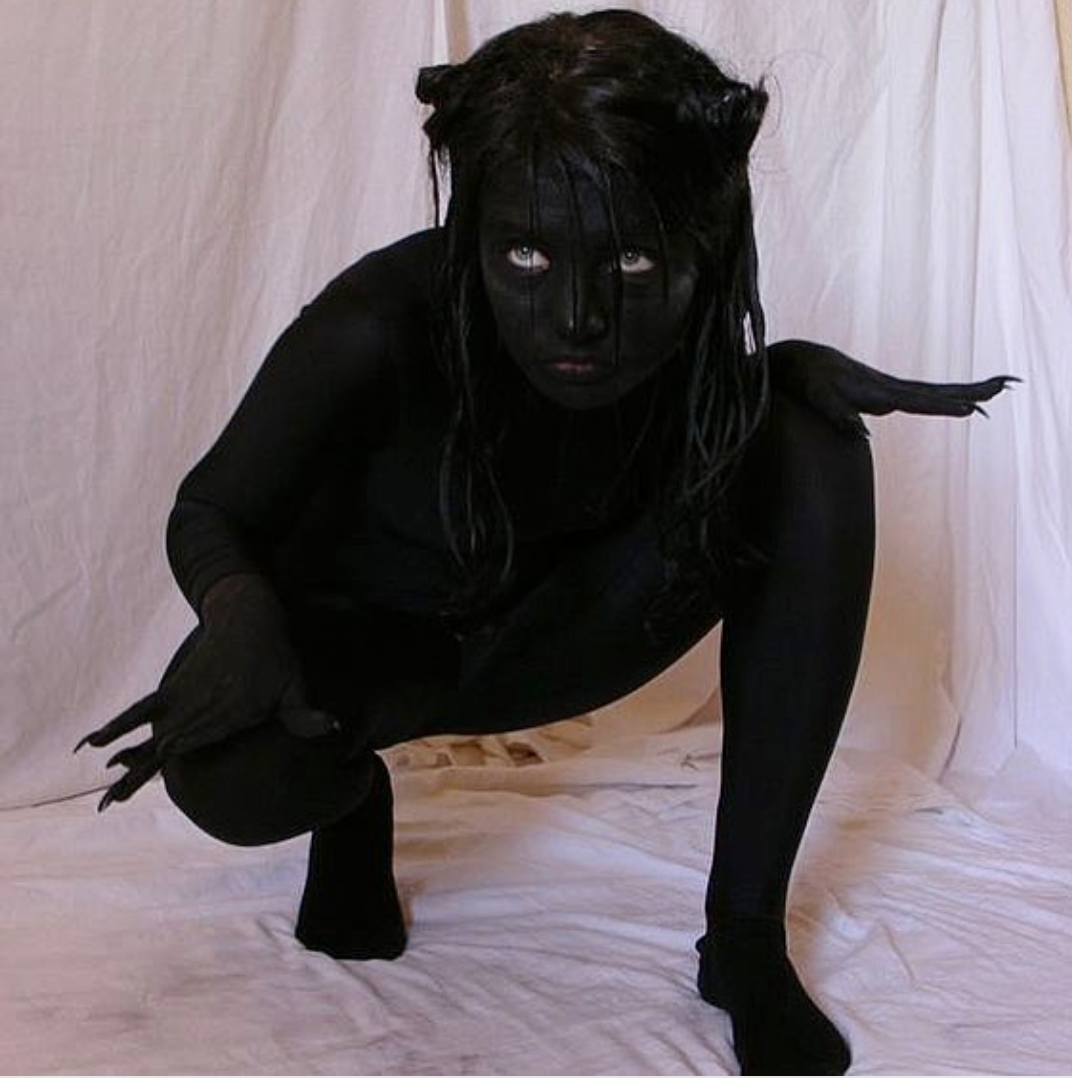 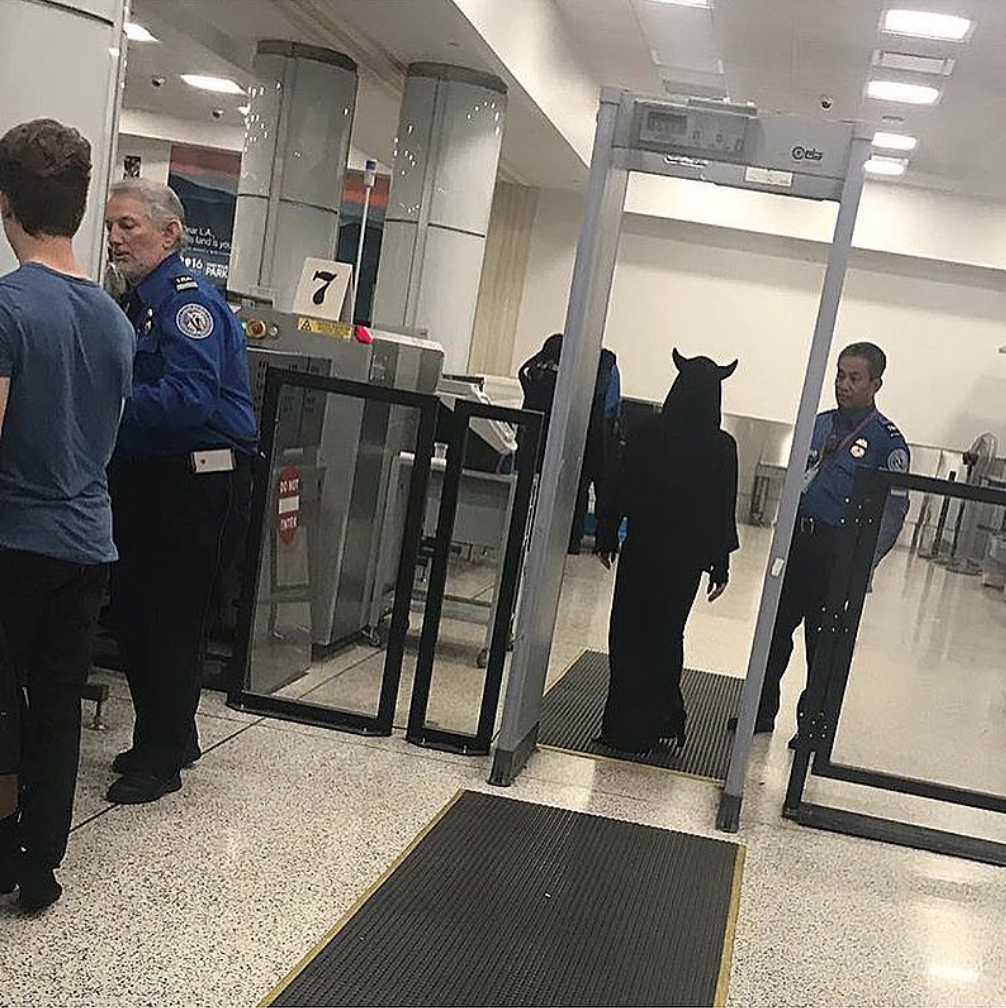 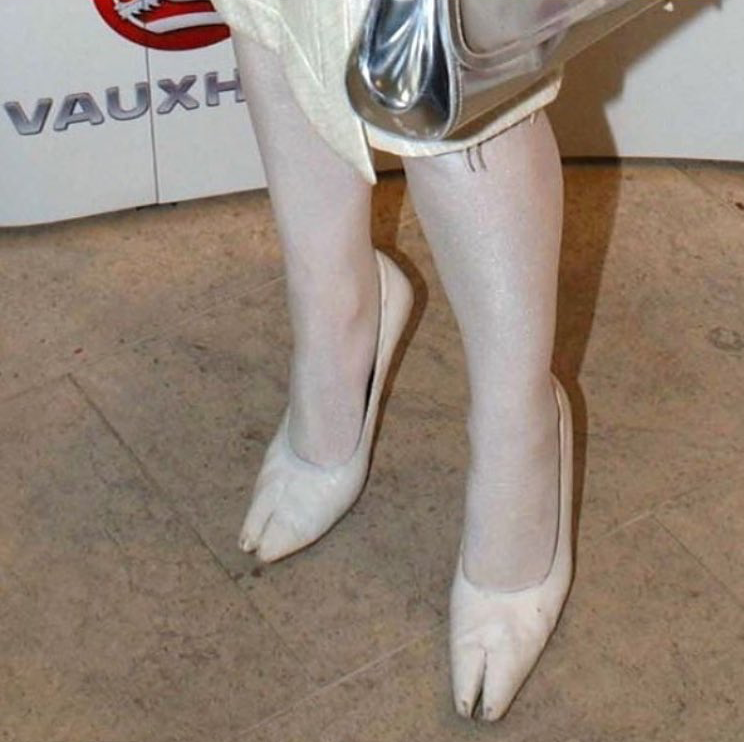 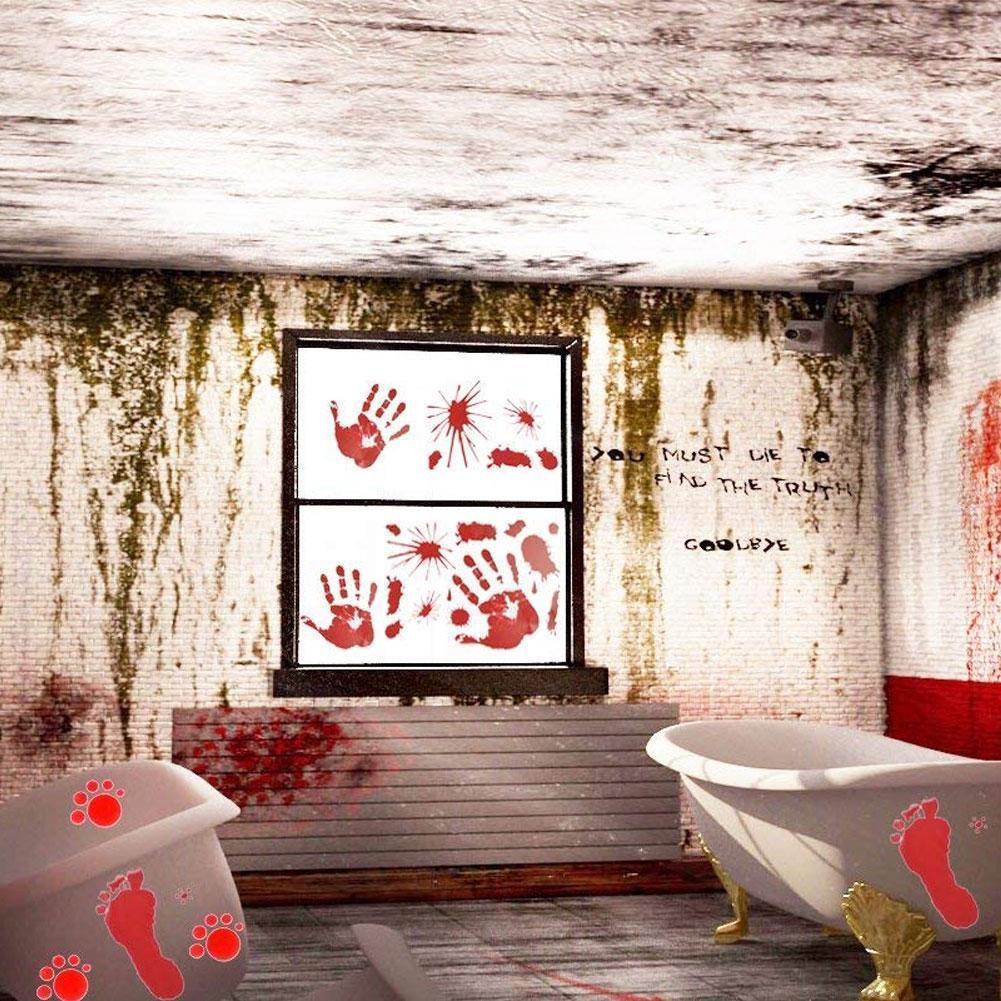 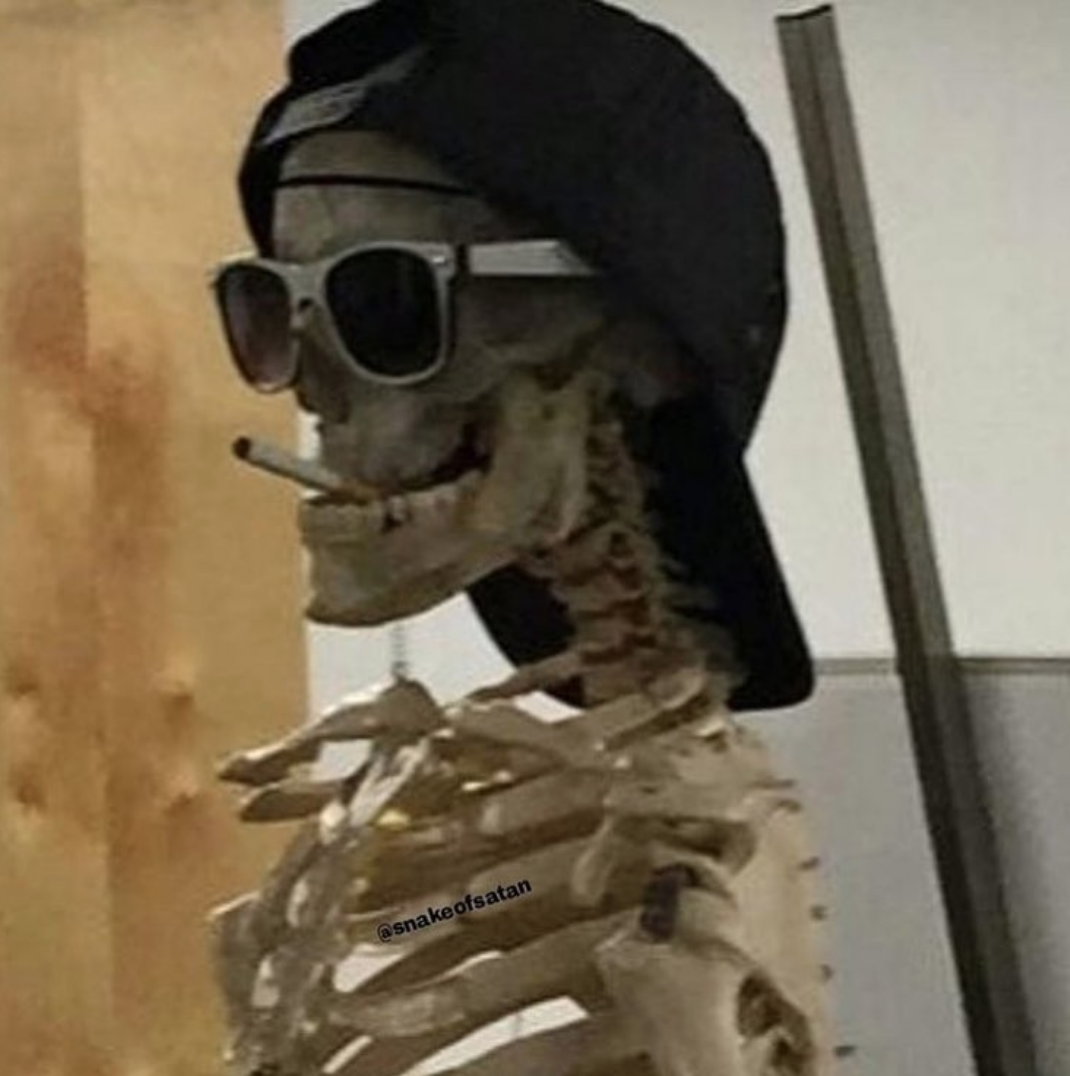 This month Ella goes trick or treating beyond the veil.

Perhaps I spoiled this month’s column by admitting that I’m already dead in the last one. But it’s great being dead! Don’t need that Blue Checkmark Hustle, cool pro-ana diet, rent doesn’t matter, can’t get cancer from all the plastic we’re ingesting, not as upset about mass extinction, fun to spoil movie endings for ouija dotards, wat student loan tho and generational icon etc etc. Plus no need to nail yourself to any dumb four-pronged ideological mast - idk which axis “absurdist gloomer Sunday-anprim gnostic who Just Wants To Have Fun, b7tcj” would fall under so maybe it’s time that meme genre got a fourth dimensional overlay for Tired Spirits - you can just identify as dead and that’s enough, there are no identity politics to being dead. Because you’re offline.

Sucks to only be half dead but at least I get to haunt my old life better than I lived it the first time.

It’s Hallowe3n! Dying is easy! Living is terrifying! The world appears to be sliding back into demagoguery and war! ‘Brainternet’ (as it is so wordtarderdly named) exists and it already feels quaint to remember that brainwashing was once a bad thing! And with this all the novelty of having any sort of material engagement (aka mY dAyj0b) has worn off too. As one of my favourite shithead authors says: I am just emotionally sophisticated enough to be despondent. There’s nothing left to do but hate Mondays, love lasagna and be a sassy little orange shit to everyone who loves me. All I found last minute was a sexy (dead) cop costume – what monster today is more of a horror show than the state actor – but if I could be anything this Halloween, I’d be Eldritch Garfield.

Jim Davis says he created OG Garfield as a mouthpiece for the things we want to say but find we can’t. Things like “There is shit on everything, everywhere. All around you are shit-handed monsters. Everyone's hands are dirty and they are smearing every possible available surface with their turds” although actually that was Joel Goldby – also responsible for my new favourite slur “Café Nero Toilet Prisoner” – who I sense knows the scat-agony of being fine with eating shit so one can pen op-eds like How I Learned To Love Eating Shit in order to afford to drink fecal coffee in the first place. But I think that’s what eldritch Garfield means when he tells Jon he can smell him.

Anyway perhaps I should get a halloween bubble text tattoo that just says NEET so I can be easily identified when the purges begin and thrown on a pyre without too much fuss. Rotting social institutions and dying planets are pretty spooky, Jon.

Hi and welcome to my haunted seasonal identity crisis! I was supposed to transcend from g0th gf into apple-cheeked horsegirl with a swishy mane and thighs like carrots from so much standing saddle. But October hit, I missed the portal and I’ve found myself happily spiraling into some backstreet academic of the supernatural instead. I think it was Huxley that said you shall know the truth and the truth shall make you mad. But then, we all go a little mad sometimes, don’t we?

I can’t remember a month that wasn’t October. I hear live (tawny? possibly screech) owls outside my window, I’ve seen bats in Russell Square and huge black dogs on the fens of Holloway Road. I spend more time than Buffy On Adderall running through cemeteries and woods and I watch horror movies like I’m about to have my eyes torn out (perks: no more instagram, no more Jack’s Nazi Birdhouse). Last month I interviewed a witch at a pub by a plague pit and had a real Stephen King moment when I touched down in Berlin to find the runway on fire. Atar! And I spend half my undead life in fear that the bite from the vampire there that bled me dry in the first place is going to make me Turn. ThaT g0th shiT is everywhere! You just have to look beyond the terrible veil.

And I do. I know I can quite happily walk through a park alone at night then stay up looking at the Cielo Drive photos or listening to the Jonestown death tape after watching something truly disturbing like any documentary about climate change, growth, technology. But telling people how I feel? Not sabotaging projects I really care about? Fuck me gently with a chainsaw I’d rather eat my own liver with some fava beans and a nice Chianti, Jon.

As a genre the Gothic is more than occult. It’s pure alchemy, the literal art of turning one’s deepest buried base metals into gold. The truly frightful is always, always a maddeningly simple allegory for unacknowledged quotidian fears. The really mundane stuff everyone goes through like grief or the fear of failing at what you want most of all. A witch is just a woman driven to hysteria who came out the other side. Every house is haunted. The terror lies within.

Well, well, well.  Speaking of which, once again I find myself spinning big blunt allegories of my own around in mind just before or after the revelation that I’m trapped too deep inside to crawl out. It happened after I smashed a couple of actual magic mirror mirrors on the wall when I left the Neukölln Naraka World wanting to be more than a ghostly reflection. Only the disembodied can’t throw stones! I only wish I’d smashed up more glass houses sooner, and left myself a trail of glass breadcrumbs in case I ever wanted to eat my way back.

This October’s motif has been pipes, drainage systems, sewage, flow and blockages. I had a cold at the beginning of the month and found myself showering ankle deep in conditioner slime water until I flushed vitamin c down one pipe and baking soda into the other. I got better and when I fished around the plughole to see what the blockage had been I pulled out something golden and unexpected. At the bottom of my shower’s waste trap there had been a foil sliver from – of all things –a survival blanket. Am I making this stuff up? Or is this stuff making up me? It’s pretty heavy-handed.

We Live In An Ideology!
that was an indian burial ground
before it became a pet cemetery
that was exhumed to build the gated community
where hundreds of people died under mysterious circumstances
because they didn’t want to face the most frightening possibility of all:
that nothing ever happens

Highgate wood holds uncommon ferns and more than 90 species of fungi including death-cap and earth star. There are oak and beech trees standing above a ‘mixed understorey’ of hornbeam, midland hawthorn, hazel, rowan, field maple, holly and birch home to all three species of native woodpecker, as well as tree creepers and nut hatches. Over 125 species of spider have been recorded and a rare jewel beetle too. Today all the dead leaves are spun gold.

Speaking in tongues is a relief. There’s nothing abnormal about being lost in forests or bleeding once in a blue moon. Being gullies and rare ferns and slithering things. Primordial voids for life to spring from.

In the cemetery over suicide bridge some headstones do say soldier, doctor, sugar magnate, whatever. So here lie the dull and the deadest. The best are the strange ones bearing strange poems overwrought with love. RIP!

ELLA PLEVIN is a writer and contributing editor for Spike based in London. A new installment of her online column "Escape from Prison Island" will be published every last Wednesday (!) of the month. Last month she looked through the fables we tell as she went to the office, took a late night run and raised the dead.