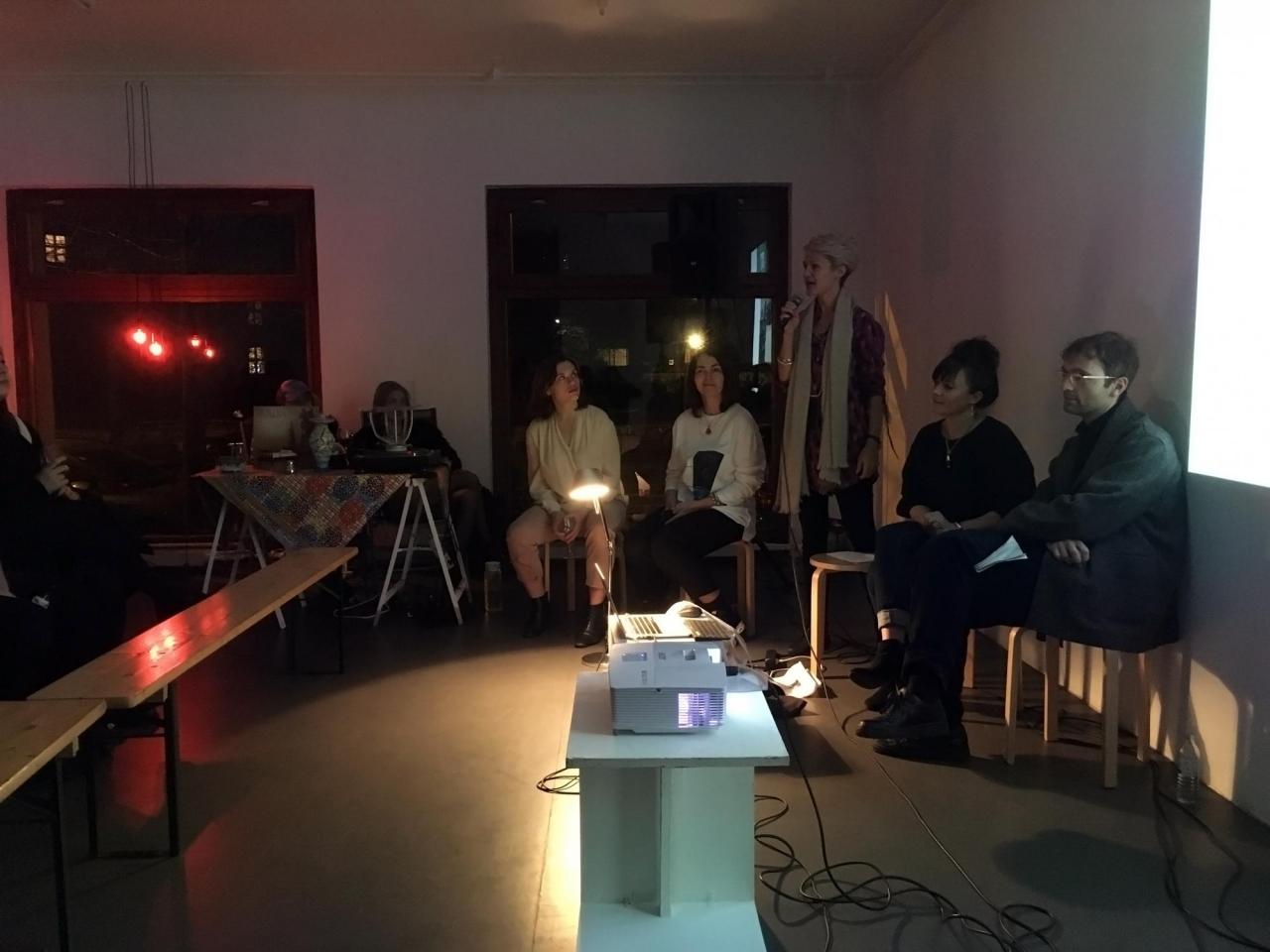 From October 2018 to October 2019, the Goethe Pop Up Minneapolis Goethe in the Skyways hosted exhibitions, performances, screenings, and discussions in a vitrine-like retail space amidst an 18-kilometer-long indoor artificial gangway and pedestrian bridge network and in the frame of the 2018-2019 “Year of German-American Friendship” initiative  in the US. In the midst of this hybrid private-public situation, Goethe in the Skyways served as a platform for a critical consideration of the current culturally and politically contentious situation in the United States and Europe.

At Spike Berlin, a selection of works produced in Minneapolis were on display.
A round table with Kinga Kielczynska, Franziska Pierwoss, Albrecht Pischel, and Sandra Teitge will introduce Goethe in the Skyways and present selected artistic projects, followed by the launch of the prototype of the forthcoming publication.*
Accompanied by DJ Kebap Benzin & FRZNTE’s Minneapolis-themed tunes.

*Goethe in the Skyways will be released in January 2020. Published by Spector Books and designed by HIT Studio, the publication is a documentation of the cultural program in and around the skyways, a reader about the architectural specificity of this unique location, as well as an insight into the idiosyncrasies and challenges of artistic exchange between two countries.

Kinga Kielczynska multidisciplinary art practice reflects upon the relationship between nature and humans. She often exhibits her work outside of the gallery context. Past locations include a nudist beach, a night club, and a forest. In 2009, she challenged the paradigm of art-making by writing a ‘Reductionist Art Manifesto’ which playfully proclaimed the idea of reduction instead of production.

Albrecht Pischel’s art practice comprises photography, film, installation, sound, and performance and aims at the transgression of boundaries between disparate mediums, genres, and cultures. The often self-referential works playfully reflect on the conditions of the medium in use and the cultural framework that governs the perception of art and its displays. In Pischel’s carefully staged anachronisms obsolete technologies experience an unexpected return. At times, he incorporates other artists’ works in his projects thus opening up the confines of individual authorship.

Franziska Pierwoss is a performance and installation artist. With a strong focus on durational performance and collaborative practices, she develops site-specific installations in which personal and political boundaries are called into question. Using storytelling as an explorative methodology towards History, Pierwoss has been staging performances related to historical meals since 2014 in collaboration with Sandra Teitge.

FRZNTE travels the world with her MP3 collection. With her desert mix of Hip-Hop, Trap, Wave, Techno, Ghetto Tech, Disco and the most beautiful All Time Favourites she transforms art and film events, weddings, and night clubs into an extravaganza of wild parties.

DJ Kebap Benzin / Kolbeinn Hugi is an artist of a generation that emerged in the wake of the cataclysmic great rift between art and artists in the bleak neo-capitalist Reykjavík of modern times. Taking diverse motifs from 1970s techno-futurism, pseudo archeology and new-age black metal his work aims to evoke an alternate model of society and suggests that the world as it is now isn’t necessarily how it has to be. Hugi’s stuff is simple and aims for the heart, not for the head.

Sandra Teitge is a curator/programmer, cultural researcher, and director of the Goethe Pop Up Minneapolis Goethe in the Skyways. She organizes discursive events and exhibitions in the realm of contemporary art and architecture, often in overlooked (semi-) urban locations, and is interested in the interplay of formal and informal structures.