I Wanna Be Your Dog: A poem about Eileen Myles's "Afterglow" 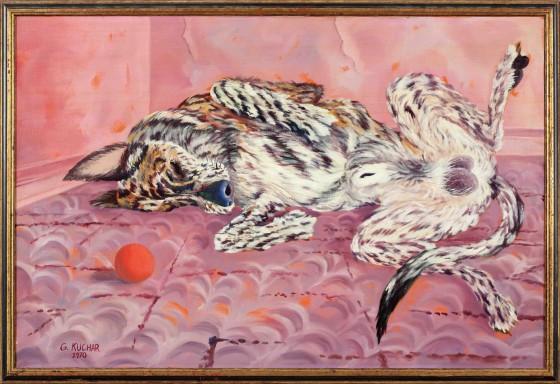 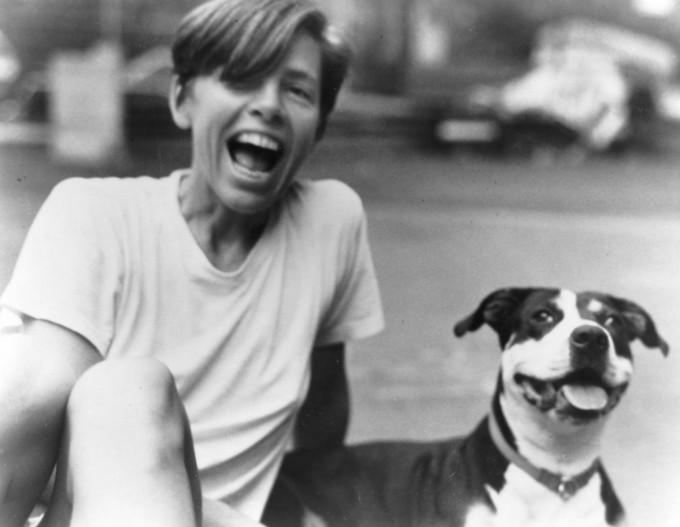 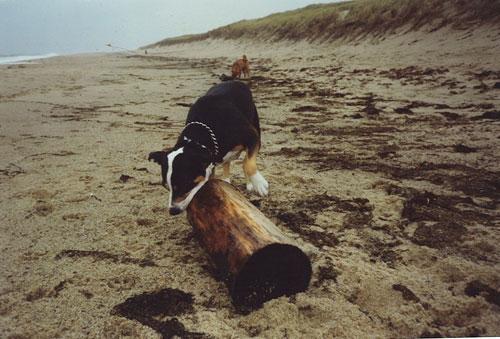 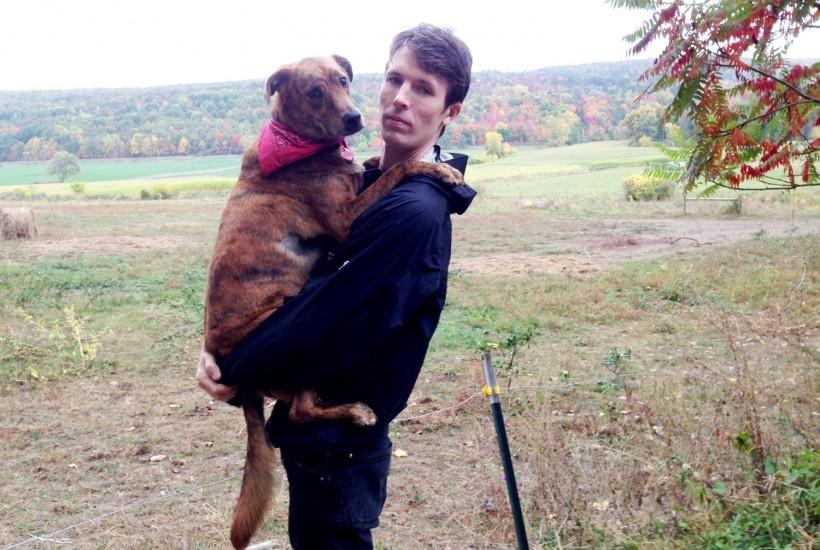 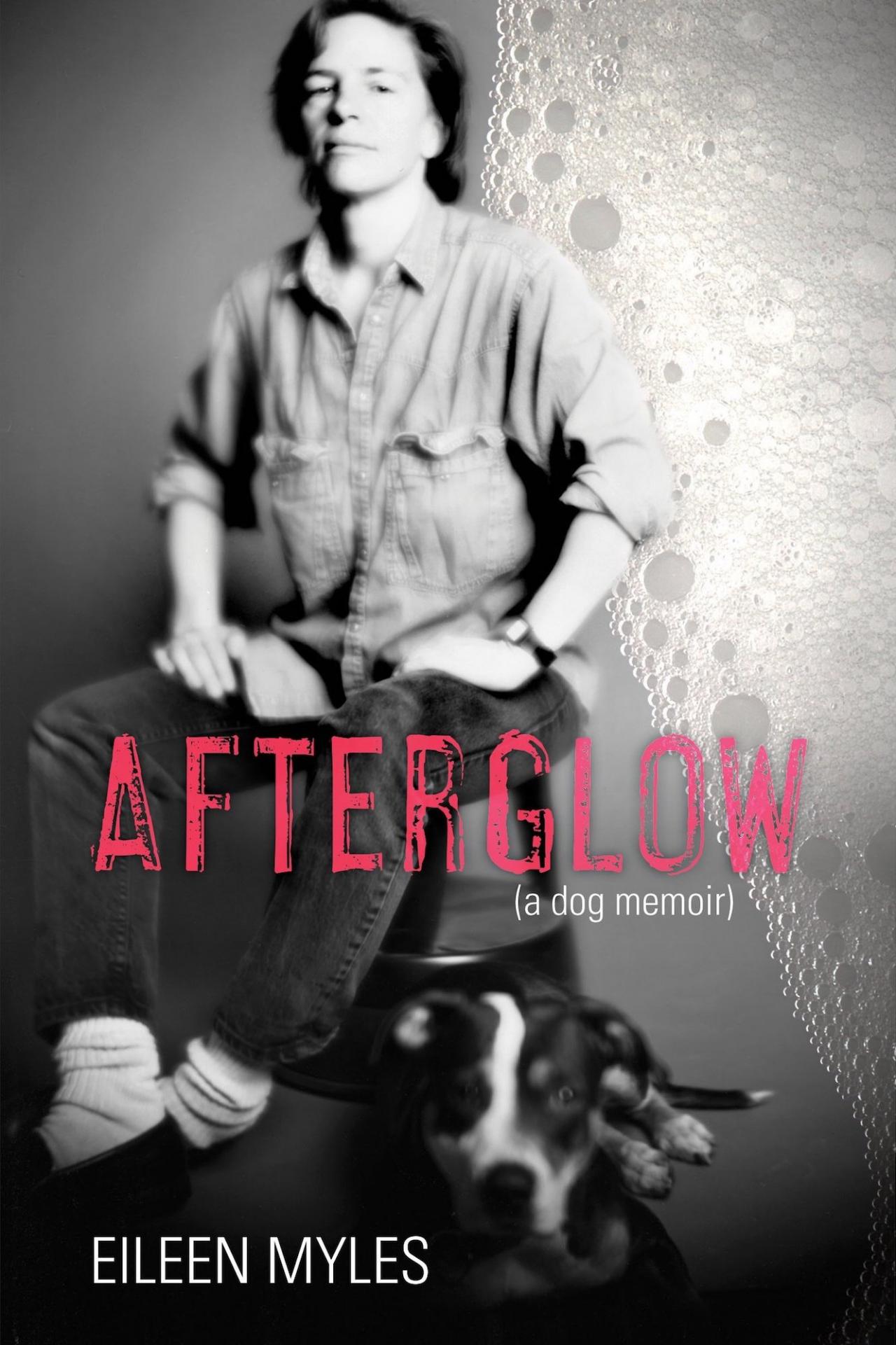 Tomorrow Afterglow, a dog memoir by Eileen Myles hits the stores. The book is a moving elegy to her pitbull Rosie. Charlie Fox, author of This Young Monster, channels his dog self and marvels at how animals have been portrayed in art and culture.

My master Fox isn’t himself today.

Gone AWOL with autumn fever, he’s asked me, Shadow the hound, to write some stuff on Eileen Myles’s fantastic new book Afterglow, A Dog Memoir for him.

Sometimes Eileen Myles is not herself in this mixture of celebration and elegy dedicated to her pit bull Rosie; sometimes she’s a dog, too.

I’ll call this thing a "poem" because I think Afterglow is a poem, melancholic and shaggy, but keep quotation marks around it like claws.

This book is like “I Wanna Be Your Dog” by The Stooges. When Iggy yowled all that, he wasn’t just wilding, he was talking about the raw joys a hound knows: mischief, rough sex, the scary marvel of how another creature can turn your fucking heart to goo.

Eileen makes words bite and lick at weirdly sensitive regions never previously detected. ‘They wash your body when you’re dead’, she writes, “The foam dries between your legs and nobody cares. Doesn’t even feel bad.”

In a letter to Mrs. Samuel Bowles, circa winter 1858, Emily Dickinson writes, "I talk of all these things with Carlo and his eyes grow meaning, and his shaggy feet keep a slower pace." Carlo was her mighty Newfoundland dog. RIP Carlo. Afterglow is about how meaning – wild, morbid, WTF – grows within a dog and the chimerical shapes that meaning assumes. But there’s also Edward Scissorhands sadness of those eyes, too, and the mortal sorrow of feet that "keep a slower pace" reverberating through the book.

These little bites (grrr!) aren’t just proof of my ADHD attention span – Whoa! A dead bird! –  but frisky meta-textual antics trying to play fetch with the spirit of Eileen’s book, its untameable weirdness and relentless apprehension of new things in sentences that writhe and freak out like electrified snakes or roam around, drooling, tracking the chaotic data of the mind mid-thought, like a mutt exploring a wet field.

That’s what they do.

Bark! Think about Anne Carson’s poem-as-autopsy NOX (2010) which turns Afterglow’s mind ghoulishly head-over-tail with its account of her brother’s faithful hound Buster sniffing his corpse in its coffin, or remember Dr. Seuss’s request in that slimy fable Bartholomew and the Oobleck (1949):

“Oh, snow and rain are not enough!
Oh, we must have some brand new stuff!”

Out-of-body experiences, zombified or Muttley shenanigans, are another example of the trans-species energy animating fearful humans today. Go Planet of the Apes reboot!

In her Out obituary for John Ashbery which my master read to me last night, she notes how Parmigianino’s Self-Portrait in a Convex Mirror (ca. 1524), with its loopy fish-eye distortion field, is an early version of the selfie.

Eileen Myles’s Selfie with a Dog

Eileen Myles’s Selfie as a Dog

That beautiful autumn shot of Dick The Dog in Ryan McGinley’s arms amid Catskills woodland on Purple Diary from October 7, 2014 (call it Two Bros or Kurt and Courtney?) tells you all you need to know about our magical relationship to queers. We love them. Ryan does a lot for interspecies romance with his Animals pix (2012–), picturing peace, love and harmony between boy, girl and beast: a funky skunk with honey-coloured fur cavorts on somebody’s chest and a bear cub tries to suckle milk from a model’s breast.

Rabbit-holing from the ordinary to the fantastic, Afterglow is closely related to George Kuchar’s The Mongreloid (1978). George’s bonkers movie about the adventures of his beloved mutt Bocko is hot on what a dog means for queer domesticity and it’s full of scenes Eileen could’ve shot herself.

Here’s George’s magnificent portrait where Bocko is a dreaming swirl of fur with purple watermelon balls.

Here’s Bocko lolloping over winter fields, panting madly as he explores the world.

Neither Eileen or George are creatures of hygienic thought: they know how dogs adore the yummy stench of each other’s shit— it’s like crack for us! – and how nuzzling filthy thoughts make the heart glow.

(Sorry, for all the digressions, like getting lost on the walk home…)

When she calls something “beautiful, like God’s asshole, torn wide open”, she’s just discovering a new way to name the sublime.

Everybody dreams of being another creature sometimes...†

‘Another picture’, she writes, ‘the balloon of your mind deflating.’

It’s natural but given the stoner loopiness of trying to fathom the difference between what happens in your head and my stately Dalmatian brain, it’s also wise that she’s reading sci-fi when Rosie fades out.

We dogs glow with demented love and we’d always like more and when we die, we rip up your heart and bury its gooey remnants in the muck. The Greeks called this breed of delicious adoration agape, a love so radiant and pure it hurts. Um, but it’s also filthy, noisy and tough. Eileen brings Rosie back from the dead – “For one careening moment, she’s here” – which devastates even as it astonishes.

“Afterglow” is what remains of any delight (drugs, sunshine, dogs, sex) when it’s really gone.

*Afterglow also causes flashbacks to Shane (1975), a video by that mysterious and influential trickster Jack Goldstein, which records a German Shepherd barking on a loop by turns rabid and eager, a big grin playing around his chops. Let’s go all Ouroborous and ask if maybe he’s barking at his own reflection? Some hounds do that. But what treat or intruder is it beyond the dog, outside the frame, that fascinates him so much? Shane turns the friendship between beast and artist into a game of hide-and-seek and a ghost story.

†Wondering over Kurt Cobain’s stray dog sadness, which caused him to howl and snarl and, as she writes, ‘die on the mountain!’, Myles echoes Dennis Cooper’s radiant line (aired in an obituary for Spin in April 1994) that Kurt ‘sang like a god with a dog’s mouth.’ The strung-out kid acknowledges his predicament in the 1992 track ‘Curmudgeon’ when he yowls, ‘I have fleas/So run on home!’ And the fleas stuck to his body, making him sick: fame, bipolar depression, heroin.

Afterglow by Eileen Myles comes on 12 September, 2017, and is published at Grove Press.

CHARLIE FOX is a writer who lives in London, UK. His book of essays, This Young Monster, which John Waters called ‘a breath of proudly putrefied air’, is out now from Fitzcarraldo Editions.

Ryan McGinley and Dick The Dog