“I will never do it again”

Marina Abramovic is disappointed by Jay-Z
by Kolja Reichert 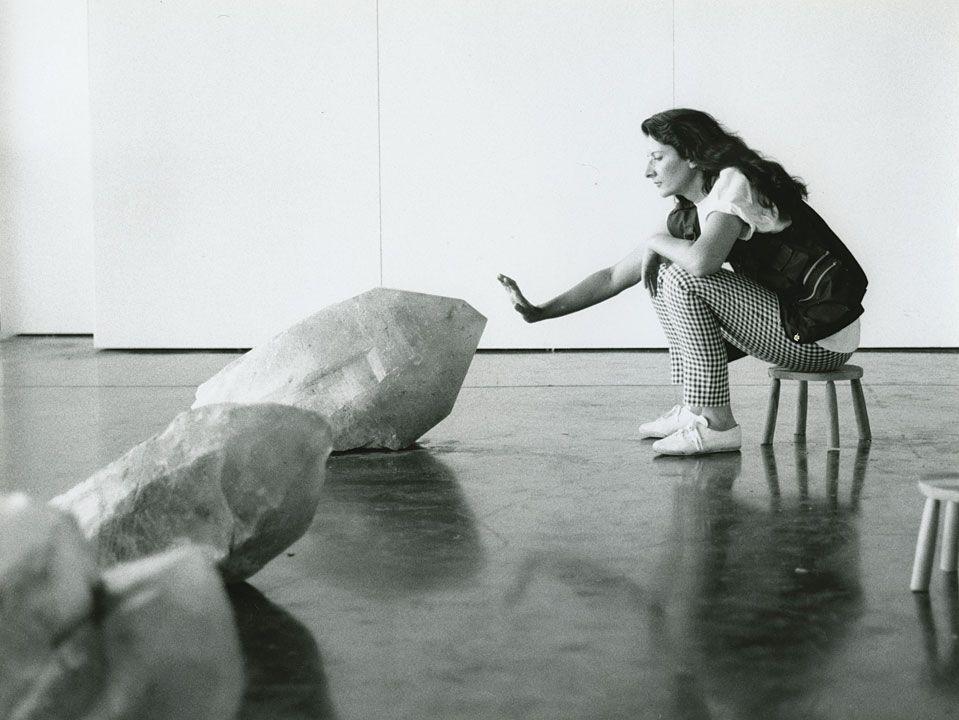 It was one of the biggest meetings of art and pop culture in the last ten years. But was it also a game changer? And what were the consequences for the participants? When Jay-Z adapted Marina Abramović's performance "The Artist is Present" (2010) for his video "Picasso Baby" at New York's Pace Gallery in 2013, many wondered: how did Abramović end up here? New York’s art scene was the audience, with Abramović herself as the star. Looking back, Marina wonders this too. At her recent retrospective at SESC Pompeia, São Paulo, she openly discussed the drawbacks of having replaced the physical, face-to-face encounter with the camera, and having become a brand.

In recent years, you have tested the consequences of the artist as celebrity. ​How did you experience the difference in quality between the original performance of “Relation” with Ulay from 1977, when you sat watching each other in a museum space for 17 hours, and “The Artist is Present”, your 11-week-long performance at MoMA in 2010?

In the 12 years of my relationship with Ulay, it was like a closed circuit: him watching me, me watching him, and the public watching us. After we split, I replaced him with the public, so that it’s me and everybody else.  You can’t compare one with the other.

With the massive media buzz that accompanied and ultimately framed your performance at MoMA – would you agree that your medium changed from the body to the public gaze, mediated by cameras?

The media coverage was a side effect. For me it was important to use the Internet. I would have groups of people in New Zealand or in China sitting in cafes and watching the live stream. This adds another quality; I don’t think it takes away anything. The first time I experienced this was when I walked the Great Wall of China with Ulay [“The Lovers: The Great Wall Walk” (1989)]: It was the first time that the audience was not present, but through the media, people knew that in every given moment we were walking towards each other. Yet with MoMA, it was such a high level. Everything changed after “The Artist is Present”: I became a kind of public figure.

Again, would you agree that your medium is now the public gaze?

Yes, but that's not even what it’s about. Everything changed. I introduced something very different: performance as the public performing. Here, in the Marina Abramović Method, I’m not even there anymore. I only create the tools for you to have an experience …

But you appear on four monitors, giving instructions on how to move and how to breathe, like a flight attendant. Your persona is a very integral part of this work as well.

Sure, but the relation to the audience is different. I’m interested more and more in working with masses, with a much larger community. My work is kind of going away from the trendy art public.

How did you feel when Jay-Z told you that he would be adapting “The Artist is Present” for his music video “Picasso Baby” in 2013?

But the difference with Jay-Z was that you yourself took part in his video shoot.

Yes, but there was one reason for this that I can’t talk about. I am very pissed by this, since he adapted my work only under one condition: that he would help my institute. Which he didn’t.

You did plan the shoot and your appearance together?

The day before, he came to my office and I gave him an entire power point presentation and said: okay, you can help me, because I really need help to build this thing. Then he just completely used me. And that wasn’t fair. This is very different from Lady Gaga, for example, who has done great work for me. Just by having 45 million followers, she brought all these young kids into my public.

Do you regret having supported Jay-Z?

I don’t look at things this way. Right now in my life, things happen. I don’t bother anymore. My life hasn’t been easy. There are very few performers from my generation even being considered. I’m a survivor. It’s very hard to be up there all the time. I could just do an exhibition at MoMA and go home, and it would be history. I didn’t need to kill myself with “The Artist is Present”. I also didn’t need to be here in São Paulo for two months doing workshops, doing eight lectures, working with this community. I do this because I believe in it. I feel responsible for performance in general.

Jay-Z turned your structure into an economic model: everyone who showed up had been promised to be part of an exclusive event. You fed the one who held the attention capital.

And you were totally used and came out with nothing. It’s very unfair.

When you rubbed your forehead with Jay-Z's, it seemed like an economical transaction: I grant you the right to use my piece, but in reverse you have to provide a space for my brand within your campaign.

And in the end it was only a one-way transaction. I will never do it again, that I can say. Never. I was really naive in this kind of world. It was really new to me, and I had no idea that this would happen. It’s so cruel, it’s incredible. I will stay away from it for sure.

+ + + + + UPDATE: One day after this interview was published, Jay-Z denied Abramović's accusations and the Marina Abramović Institute issued an apology. In a statement, the organisation writes: "We are sincerely sorry to both Marina Abramović and Shawn 'Jay Z' Carter for this, and since then we have taken appropriate actions to reconcile this matter." + + + + +

Kolja Reichert is a writer and editor at Spike. He lives in Berlin.