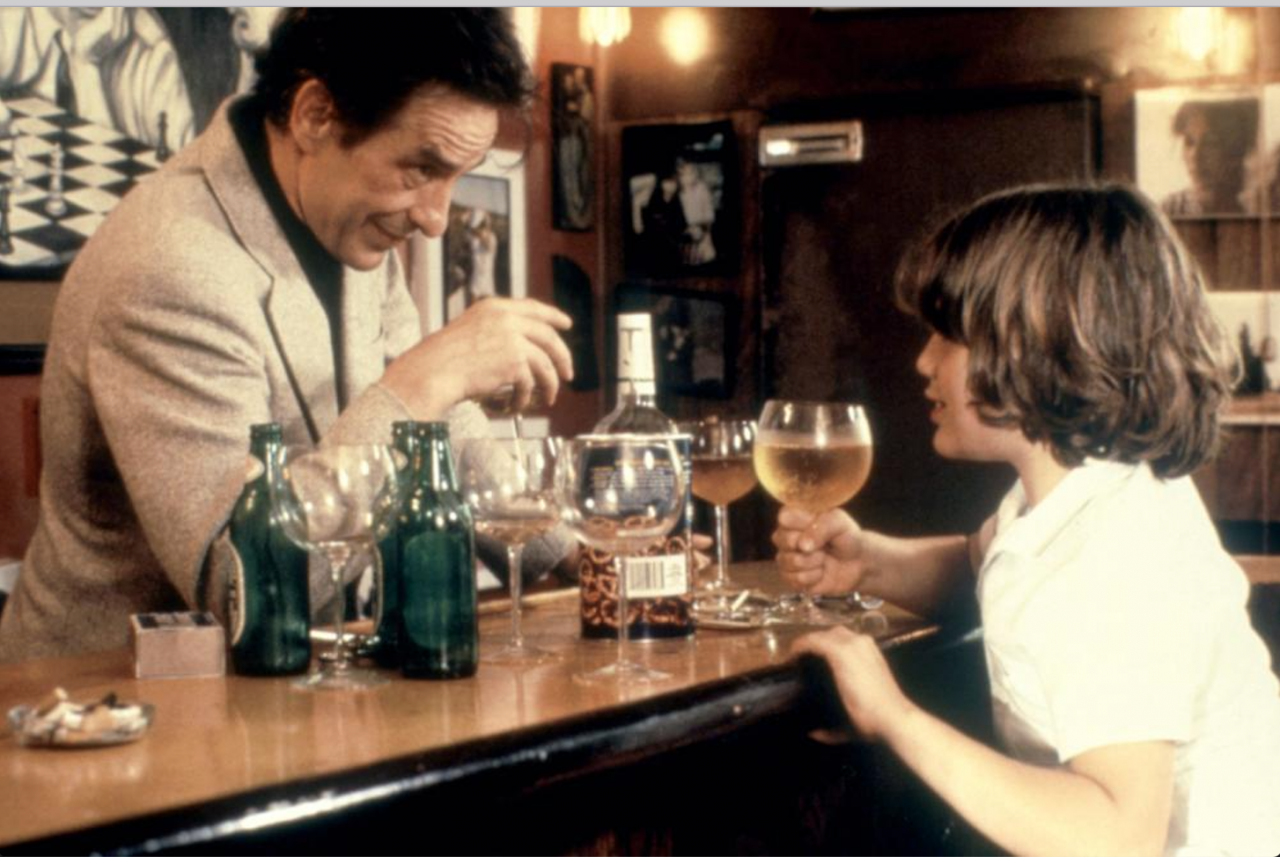 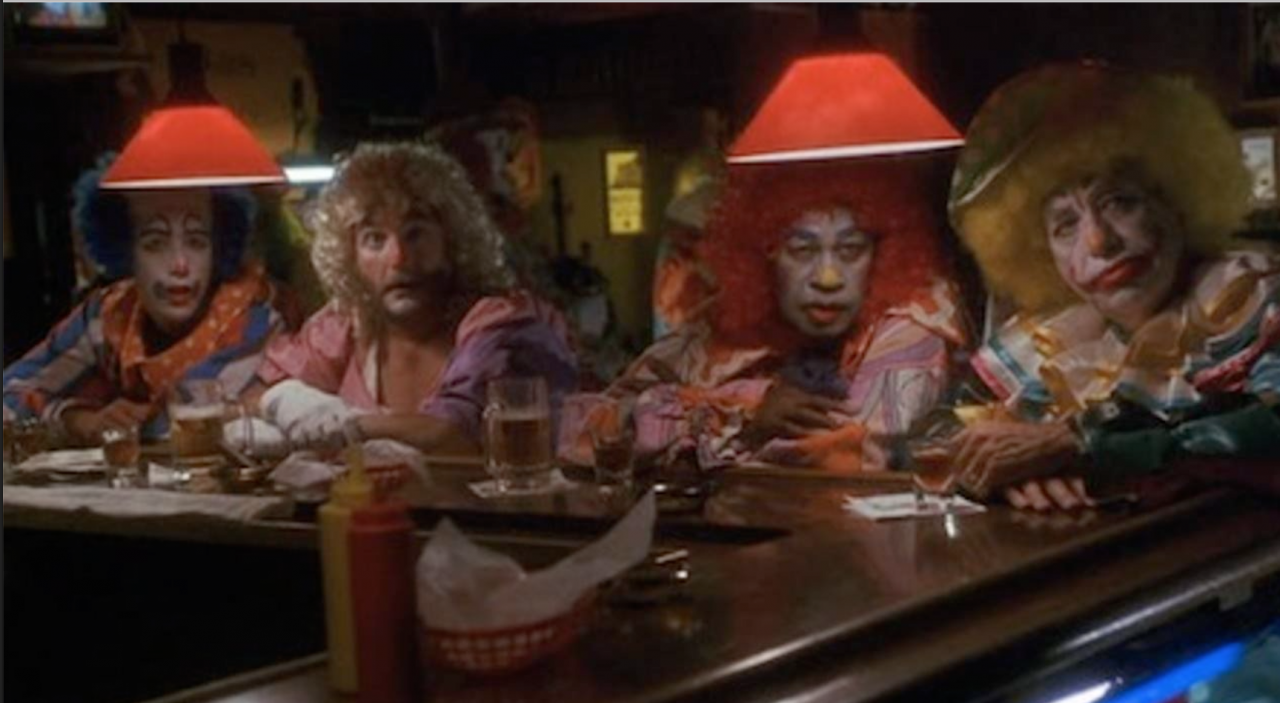 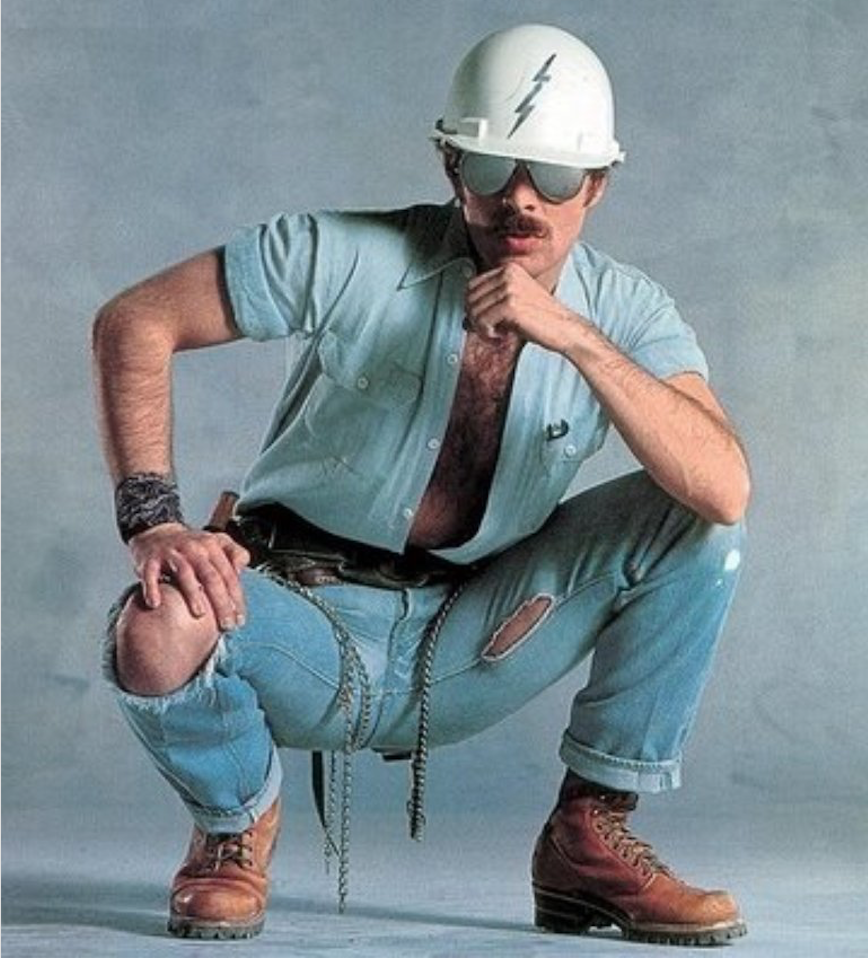 Ever since I returned his high-five, things have been escalating at my coffee cart. Last time, he ran out of the truck and gave me a hug, splashing coffee on my jacket. I yelled “I have a knife,”  and sort of threw my free hand in the air, which made it worse because now he thinks I’m hilarious. To be fair, I think of myself as funny, especially at work. My entire job is sending emails that get responses like, “We’re worried collaboration sounds subversive, can you fix? Rest of the press release looks fine.”

To emails like this I usually reply, “Good catch.”

My horoscope says, “It is hard for you to find satisfaction in common experiences, and you have magnetic power if you choose to use it wisely.”

Who decided to use “and” in that sentence? Someone with a better job than me.

My friend who lives with her parents sends me an email with the subject line in all caps “A WASP I RESCUED TODAY”. I thought she meant a man in khakis and boat shoes, but it was a sixteen second iPhone video of a wasp, flapping its wings asthmatically, perched precariously on a bottle of Smart Water. The video was moving to the extent that I wonder, not for the first time, if she really is an artist.

It’s true she shot the video in her art studio, a windowless basement she shares with four other people. They hate her because she throws parties there and claims to tape them, on a VHS camcorder, for her “art”. I’d pay a lot of money for those tapes. I think a lot of people would, because if they ever get out, we’ll all be fired.

To be fair a 24 hour party Agathe Snow taped in a basement ended up at the Guggenheim. The party, if I understand it correctly, was to mourn 9/11, which is a brilliant, museum-level idea. The kind of ideas they said we’d all have after 9/11.

She once sent me an email with the subject line in all caps: WATCH AT WORK. I opened it. It was a sex tape. I was impressed. It’s not like I can get anyone to open my emails.

If I could give all my unemployed friends a raise, I would.

In my group chat, we rate every new hire at work like a ski hill – beginner, intermediate, advanced. I’ve run up against a black diamond or two. The kind who you might think you have a handle on, then you hit a steep inbound pitch, and you’re out on your ass, or wrapped around a tree. At least you can see that kind of low-key inter-colleague betrayal coming from a mile away. There’s something impressive about it. A competence that I can respect.

What you have to watch out for is those adults on the bunny hill, those people aren’t happy. They don’t know how to convert a TIFF to a Jpeg, and worse, they can’t even ski.

Words I never use: shut up.

I don’t go to AA anymore because I realized I prefer to hang out with alcoholics in bars. It’s fine because I have other problems covered by the twelve step pantheon. My favourite meeting is Underearner’s Anonymous, which, as you might be able to imagine, helps people recover from being poor. I like their literature. (I quote: “While the most visible consequence of underearning is the inability to provide for one’s needs, including future needs, underearning is also about the inability to fully acknowledge and express our capabilities.”)

Once I went to a meeting and a girl stood up and said, “The problem is I think of myself as lowborn all the time. It’s affecting my performance at work.” Phew. That blew my hat right off my head. And there I was hatless. And broke, obviously.

My best friend from high school goes to overeaters anonymous. She’s anorexic. Whenever she moves to a new town, it takes a few months to find a meeting that will allow her to stay. She’s too thin. The fat people get really mad. They think she’s making a mockery of them; she thinks she’s fat. It’s a really emotional process.

These are the kinds of warped perceptions that we deal with in the modern workplace everyday.

People think it’s terrible that everyone asks, “what do you do?” in New York right after they meet you, but I love it. It’s an opportunity to play down my ego needs, which are otherwise enormous.

What do I do? You know I have a bad job because I don’t have to explain what I do. People know what publicists do. They send the same typo-riddled email to thousands of journalists a day, and then watch as people make fun of that email on Twitter.

I compensate by giving out my personal phone number to clients so they can text me unselfconsciously. Things like “When you think about artists and the concept of impermanence who comes to mind for a cool party for art basel, basel basel, not Miami? Thanks.” What’s worse is they did text the right person, I think about artists and impermanence and precarity all the fucking time. And to answer their question, What do publicists think of for a party about impermanence? Ice sculptures. Jordan Wolfson’s sexist ice sculptures. (I’m allowed to quote this person directly because they never even hired me.)

I fantasise about writing an away message that says I’ve left New York to focus on my autoimmune disorder.

When I get out of work, I like to get a drink. I used to meet men that way. Mostly French people, although after a few dates French men always start accusing me of being too American. Now American men, they know what’s wrong with me right away, they just ask “Where does all your money go?” Well I’m not spending it on pens and pencils! No need to sleep with one eye open.

The last time I saw my ex-boyfriend, a German who likes organic wine, I talked exclusively about my financial difficulties – my $18,500 in student loans, the IRS debt from a tax scam, an uncalculated amount owed to my current boyfriend. After about twenty minutes he held up a hand, patted his napkin to his dry lips, and said,  “From rain to pouring rain. As we say in German.” Then he said it again, this time in German. (Editor’s note: Kaitlin is now out of debt.)

I have a lot of admiration for my ex, and particularly the brand of ESL that just means you speak five languages just not English really. He’s very literal. In the West my grandma calls this keeping one foot on the floor. It’s a compliment. It means she thinks you’re not having pre-marital sex.

What I’m trying to say is I only meet my exes in bars. I understand that people don’t like bars but where else can you logically put straws up your nose and lock eyes with someone. I’m not saying you can be yourself in a bar, I’m saying no one cares what you’re actually like.

And What am I like? The kind of person who thinks the best stories get louder and louder as they go on? Yes, I suppose so.

When I was dating a carpenter, he used to role play as a carpenter in bed. I mean the pure ingenuity of role playing as yourself. Like he was a pop star. That’s brand continuity.

Naked, he would lace his tool belt around his stomach, and talk about screwing and nailing and drilling me, something about a bench dog and hardwood, a butt joint, pocket hole, skew nailing, shaft; my clavicles would become “collar beams”; he loved to say “carcassing”; oftentimes he’d climax talking about christ, the most famous carpenter in the world, and afterwards force me to say sleeping with him was a religious experience.

He’s a genius. He has no regrets about his career at all.

Kaitlin Phillips is a writer and critic and lives in Manhattan . Her column “For Immediate Release” appears every third Wednesday of the month on Spike. Last time, she wrote about “Future Systems”.

This year's Wiener Festwochen gets all up in your business. Read Klaus Spiedel's review, originally published in Spike #69 – STORYTELLING.

A WASP (White Anglo-Saxon Protestant) in her natural habitat

David Hodo as one of the Village People