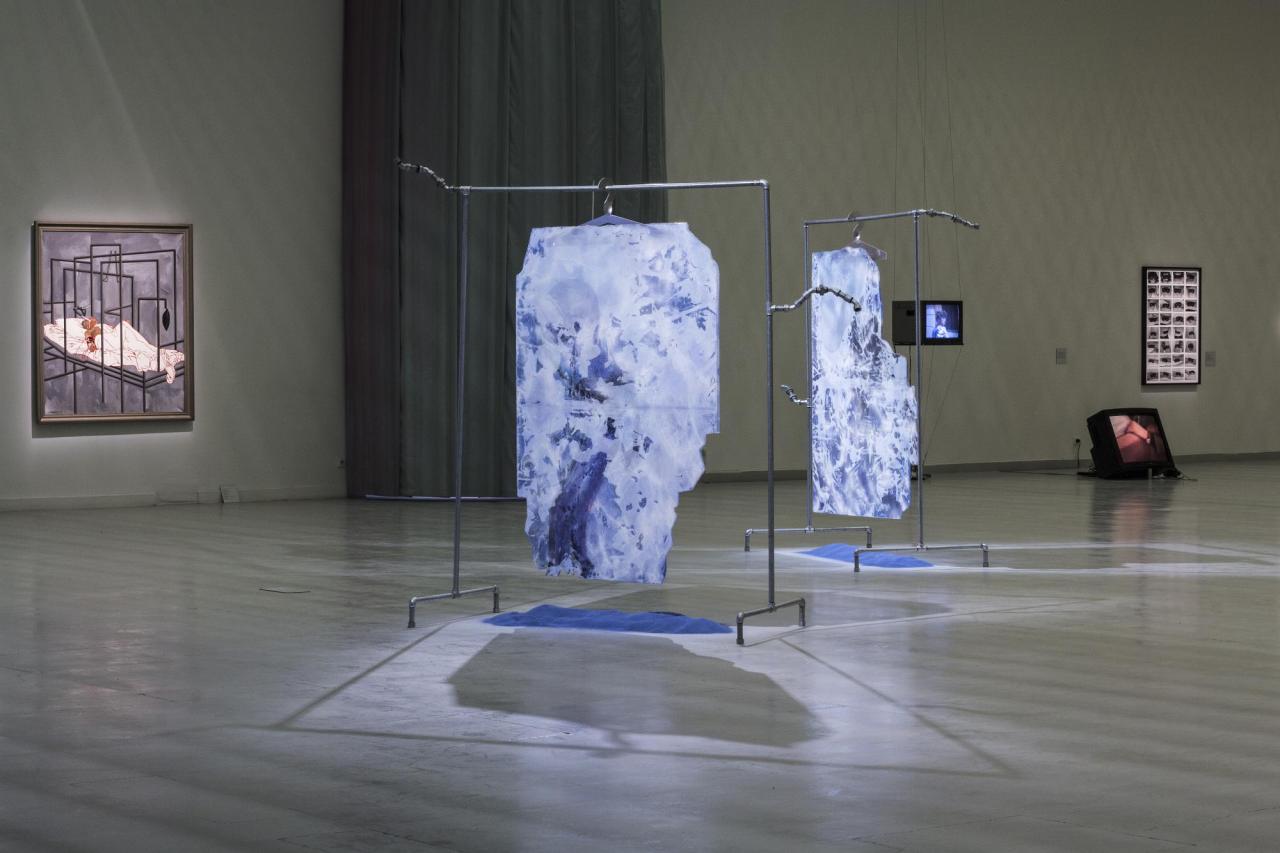 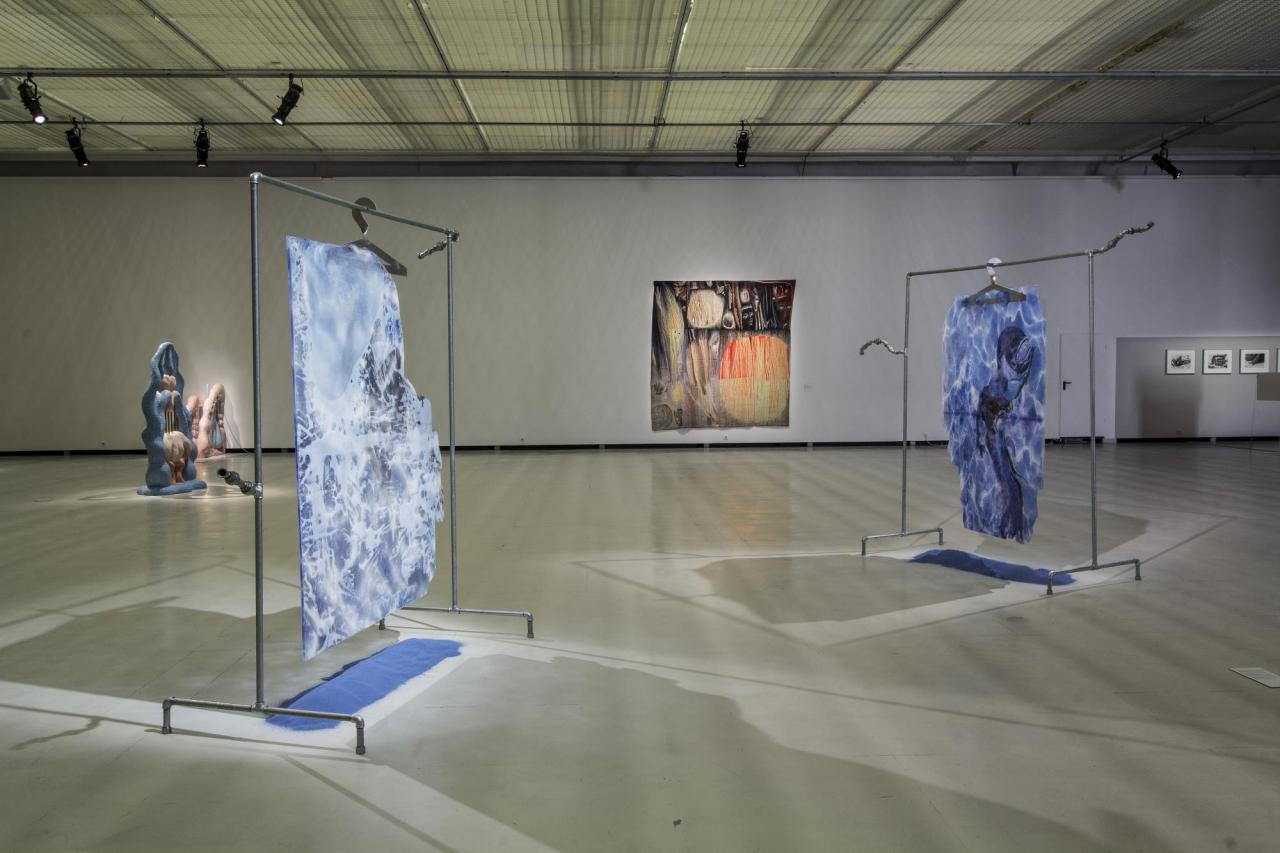 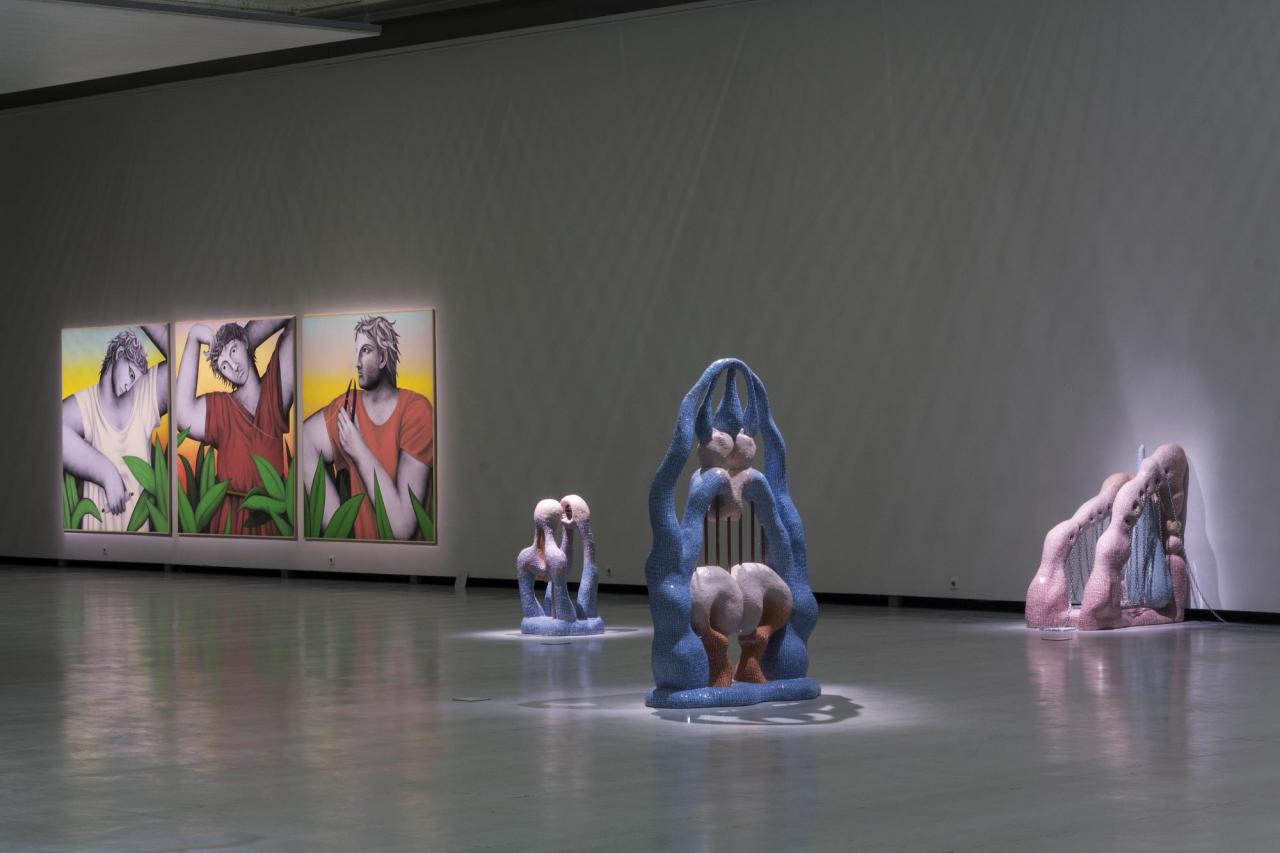 The wish for a porous body did not translate so well into reality. Just as our immune systems turned out to be disastrously open to infectious agents, the closing of national frontiers buried the dream of living in a frictionless airspace. As press trips slowly start again, the exhilarated obsession with mobility has given way to a more cautious way of situating oneself in place. The weary trope of the cosmopolitan art nomad, embodied as a hypercapitalist DIS Magazine stock image or “poverty jetsetter”, is gone for good. No nostalgia here. Passing through fenced-off transit areas and airport security queues longer than techno-church on a Sunday, it almost felt like a relief to navigate a series of humbling, material obstacles. Each burdensome border now seems like an initiatory step in the process of unlearning the lumpenfreelancer’s complicity with an expansionist (and hopefully now extinct) art-space connecting international hubs while leaving out their local geopolitical context.

Upon arriving at the Contemporary Art Center of Vilnius, the main location of the 14th edition of the Baltic Triennial, another long security corridor led the way into the spaces. Still half-dazed from the trip, none of us from the small press group – the “international delegation crossing the iron curtain”, as one local artist later joked – noticed that this, in fact, was itself a work of art. But sure enough, the two curators, Vilnius-based Lithuanian Valentinas Klimašauskas and Helsinki-based Portuguese João Laia, pointed out the label identifying Queue (2007) as an installation by Bosnian artist Nada Prlja, referring to the border controls separating EU-passport holders from non-EU nationals – to this day, Bosnia’s candidature to the European Union has not yet been accepted. The liminal work clearly signalled the slant of this year’s exhibition: for the first time, the Triennial, which in its last iterations wove links between the young Baltic scene and its international context, exclusively focuses on the regions of Eastern and Central Europe.

“As geopolitical concepts, those designations are really blurry. For instance, the United Nations will classify the Baltic countries as Northern Europe, while the notion of Nordic countries remains reserved for the Scandinavian ones”, Laia explains about the curatorial proposal, titled The Endless Frontier. “We wanted to detach from a post-soviet, or post-post-soviet lens, while not neutralising history. Emphasising this blurriness, and the multilayered quality of the region, emerged early on in our discussions”. Leading into the upper spaces, one passes a procession of wilted plants – “gifted, not killed” –- flanked by opaque plastic curtains in faded rainbow-gradient tones. A scenographic intervention by Lithuanian architects Isora x Lozuraityte Studio for Architecture, the recycled curtains partition the whole space into yet another maze, blocking any comprehensive overview, both opening portals and leading into dead-ends.

Within the Triennial’s labyrinthine space, the troubled perceiving body is put back to work. “If you are lost, scream”, joke the curators as we tentatively, arms stretched out, make our way into the rooms. In the lobby, a video work (Monika Janulevičiūtė & Antanas Lučiūnas, Water Striders, 2019) fills the staircase with its voice-over – “if you follow the algorithm long enough, it will start to bounce off” – echoing the viewer’s journey though the exhibition. On the monitor, a first-person player (or striker?) explores a depopulated derelict peripheral scene, a barn or an abandoned train-station, jerking through space.

Aleksandra Domanović’s Things to Come (2014), part of the Yugoslavian-born, Berlin-based artist’s exploration of Eastern Europe’s role in the development of Internet technology, acts as a kind of decoy against the unfolding of the rest of the show. While the last edition of the Triennale – Give Up the Ghost curated by Vincent Honoré – was a testimony to the region’s vibrant scene of young artists who, having often emigrated to neighbouring European countries, became major players of the globalised art scene of the 2010s (Dora Budor, Darja Bajagić, Katja Novitskova, Pakui Hardware, or Young Girl Reading Group), The Endless Frontier adopts a historical, trans-generational approach. Per the curators, it functions as “a collapse of time”. As such, The Endless Frontier applies a micro-historical lens to place-based artistic research, expanding on the methodology developed by historian Carlo Ginzburg in the 1980s and later taken up by Fernand Braudel and the French Annales School.

With its insistence on restrictive social structures and internalised mechanisms of constraint, the Triennial looks at that which is connected – and how it is so. But the works chosen by the curators never simply testify to a given reality: magic-realist or hypnagogic in texture, they reframe micro-history as a speculative act. When the body is kept captive, the dissident mind will flourish. The opposite – an impoverished, subject-based art produced by mindless endorsement of a free-floating neoliberal globalism – is a common trap, which this Triennial cleverly avoids. Entering CAC’s main room makes this clear. At first, the eye – or at least, the preconditioned gaze still atuned to frictionless art-tourism – is spontaneously drawn to the known. One recognises single works or visual vocabularies: Agniezka Polska’s characteristic duplicated faces from the video Ask the Siren (2017), Flaka Haliti’s oceanic surfaces as blue as the UN flag suspended from racks of water pipes (What are they thinking that we thinking that they thinking we going to do next? #1 and #2, 2019), Klára Hosnedlová’s cotton thread scenes mounted on brutalist-utopian terrazzo frames (Untitled (from the series Nest), 2020), or Zsófia Kereszte’s three pastel glass mosaic chained sculptures of cyclopean bodies (Solitary confinement, 2020, Inconsolable presence and Circulation in Sorrow, both 2019).

place-guided research is not only a way of showing a how global forces act upon smaller spaces, but how those spaces serve as laboratories of change of their own.

All, however, are situated in wider constellations of lesser-circulated works, emphasising their ties to a given context – never explicit, but embedded as an active gravitational force. Polska’s siren, “baptised by force”, signals towards two works by Adam Rzepecki from the early 80s, a breastfeeding father with child and a moustachioed Madonna (Project of the Father Pole memorial, 1981; Mother of God with mustache, 1983) as well as towards the rich, ongoing ensemble of Queer Archives Institute, collected by Karol Radziszewski since 2015 with a focus on the “peripheral regions” of Belarus, Bulgaria, Czech Republic, Poland, Romania, Slovenia and Ukraine. To take another example, Hosnedlová’s mural ensemble subtly dialogues with the criminally-overlooked Lithuanian painter Marija Teresė Rožanskaitė’s (1933–2007) hieratically stylised rendering of medical-carceral structures, showing a brutal “birth of the clinic”. Gradually, the expression of non-normative identities asserts itself as one of the exhibition’s many themes: queer or feminist, chimeric or folkloric, such topics emerge anew, individualised yet polyphonic in their expression.

On the lower floor, exceptionally open before CAC’s planned renovation, the show takes on a more sensorial turn, relying on a lighter visual play as well as a better-know post-surrealist style of painting exemplified by Dominika Trapp, Jüri Arrak and Anni Puolakkaa. For the curators, this “strange realism”, to borrow American sci-fi writer Ursula K. LeGuin’s phrasing, is “connected to the constant shifts that Eastern and Central Europe went through, making the territory a space for anticipation and a tool for imagining the future”. This is another key aspect of the curatorial gesture: place-guided research is not only a way of showing a how global forces act upon smaller spaces, but how those spaces serve as laboratories of change of their own. These micro-histories could, in turn, produce a new, non-Eurocentric definition of the global. The Endless Frontier is not about rhizomes – which are merely a romanticisation a neoliberal free-port model of circulation – but neither is it about roots.

As populist nationalism and nativism rise in the region, the local/global axis that Laia and Klimašauskas pursued led them to integrate project spaces from throughout Vilnius into the Triennial, each with their own independent programming: Atletika, Autarkia, Editorial, Rupert, and Swallow all make appearances. While contemporary art has long underscored a deregulated, Western neoliberal globalism, another art and another globalism seem to be possible. While it would feel reductive to position the 14th Baltic Triennial as one of the first major international art events to take place since the pandemic, it would also be a shame not to take it as an opportunity to posit a possible methodology for a future way of looking, inviting a more nuanced and material engagement with the artworld paradigm. The seamless flow of the EasyJet Set is no longer, but its opposite, a non-global local, leads only to nativist nationalism and fear of the Other.