Isabelle Graw on “Kids in the Art World” 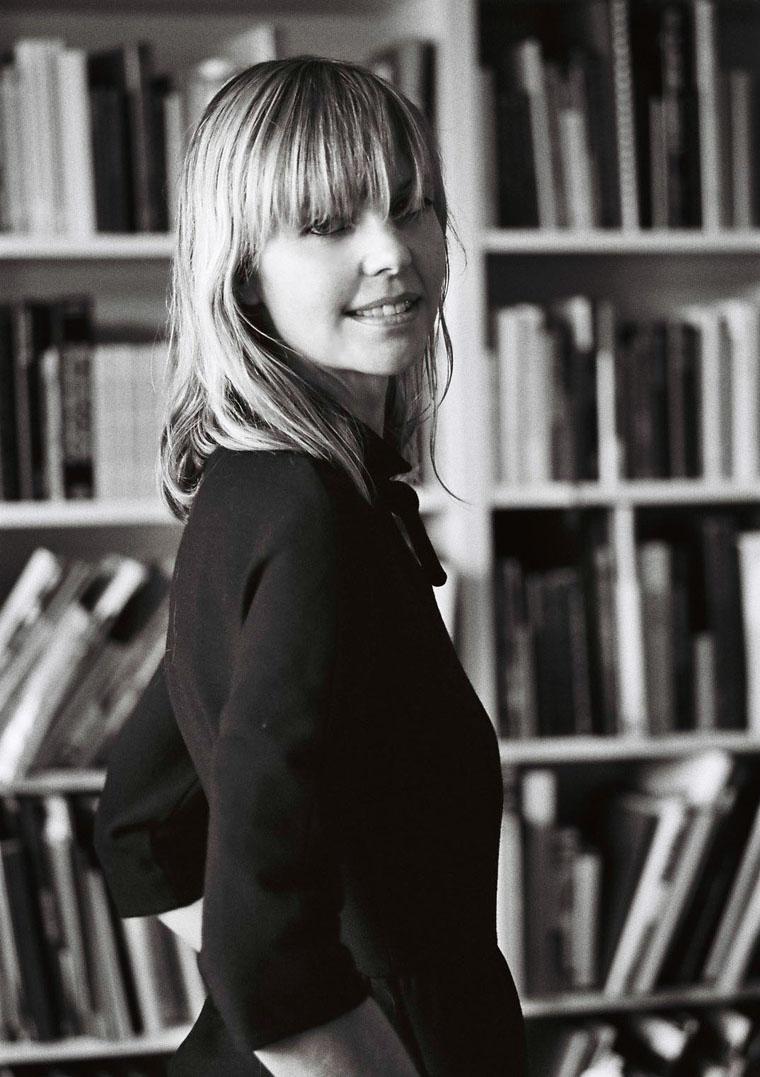 What does it mean today to lead a life with a child, a life in art and a life as such? Why are children and life as an artist so difficult to reconcile? Or is that perhaps not true at all? In a series of interviews, Spike Art Daily is dedicating itself to the problematic relationship that the art world has with its children. We start with Isabelle Graw. The critic, professor, and editor of Texte zur Kunst explains why children sometimes even make it easier to oppose the logic of an economy that has it in for our lives.

Timo Feldhaus: How has the way you work changed since your child was born? Or, to put it in neoliberal terms: Does having a child result in any advantages for your work?

Isabelle Graw: I was a so-called older mother, to use the stigmatizing term, and the way I worked had already changed in the years leading up to pregnancy in that I was consciously trying to overcome the workaholism of my earlier days. Although I also have to concede at this point that I had managed by my early forties, thanks to tenured professorship and my journal being more or less established, I could probably afford not to race nonstop any longer. Like many of my colleagues, as late as the 1980s and 1990s I too experienced leading a life dedicated exclusively to my work as liberation from my traditional family. Nothing would have seemed less attractive and more bizarre to me than the idea of taking a weekend off or the concept of free time. I had, after all, devoted myself passionately to writing or, more precisely, to theorizing about artistic practices and I subordinated everything to this primacy. One consequence of this focus on work was that my social relationships were largely instrumental: I would scarcely have concerned myself with anyone who didn’t interest me in relation to my work. At the time I also experienced the fluid boundary between work and free time—a characteristic of today’s neoliberal economy—as stimulating. In the evening especially, people would go to bars and talk about what they had read and profit from it in their own writing. That this sort of life dedicated to the requirements of work came at the cost of other needs, such as emotional attention or human sympathy, only became clear to me in the new millennium. Initially, the idea of becoming a mother, and consequently no longer being able to operate in the very front ranks, was certainly frightening. When you have a child, you can no longer participate in all the events, which reduces your presence and visibility. In return, the cliché goes, life with a child is said to be better organized and structured. I certainly experienced that myself in that the limited number of hours you spend at your desk force you to produce text straightaway. Goodbye, procrastination! Since the birth of my daughter in 2006, I have tried to concentrate on the essential, only accepting tasks that are in line with my research. My own books now have absolute priority, and I accept other projects only in exceptional cases. Along with the fear of disappearing, this setting of priorities goes hand in hand with preferring to have less work pressure, so that you feel psychologically and physically better. One no longer runs the risk of dancing at every wedding and frittering away one’s time in the process. I do, however, perceive it as a disadvantage that I am no longer able to read aimlessly for hours or take in the whole spectrum of new publications. On the other hand, it feels good and right not to feel the need to “check up on” all of the feuilletons every morning, as typically done in my circles. I really enjoy having given up the presumptuous claim to be able to participate in every conversation in favor of another aspect of my life.

Timo Feldhaus: In the latest issue of the art journal you cofounded, Texte zur Kunst, Diedrich Diederichsen writes: “A bohemian is an unreliable person because he or she lives in conditions in which stability and predictability do not exist, and as a rule suffers from that. Their circumstances do not allow them to anticipate and organize a life.” Can that even be reconciled with the role of mother and/or father? How can a child be reconciled at all with the “artistic” milieu?

Isabelle Graw: I have probably never been a bohemian in Diedrich’s sense—more that I opted for a bohemian lifestyle in the late 1980s and 1990s. In any case, you couldn’t speak of unreliability; on the contrary, I have always compulsively punctual and responsible. Possibly a gender dimension comes into play here: Whereas the male bohemian goes underground and doesn’t allow himself to be pinned down, the female bohemian finds it difficult to not meet her deadlines. The relationship to planning seems to me to be gendered in a similar way: Not only numerous bohemian men but men in general are often phobic about planning, whereas working women with children in particular are characterized by great enthusiasm for planning. It may be that in their resistance to planning men are responding passive-aggressively to the rise of women, whom they latently block in this way. The idea that children and a bohemian existence as an artist are incompatible is, by the way, not new. Already in the early modern age, you find the idea that the artist (always thought of as a man) has to renounce the world for his love of art. If he founds a family anyway, however, it by no means threatens his credibility as an artist. The reverse was the case for women artists, who were rare anyway: If they bore their own children in addition to their art children, they really had no chance of gaining recognition. Against that backdrop, it seems understandable that the majority of women artists, even those of my generation, remained childless. On the one hand, young women artists with a child receive a great deal of support—at my university, for example. On the other hand, the topic of children continues to be taboo in interviews and discussions, as if “good art” could only be made without children. On this issue, I tend to side with Adorno, who insisted that the production of critical theory should not mean renouncing personal happiness. Except that, unlike Adorno, I would want to associate personal happiness not only with a happy love relationship but also with children.

Timo Feldhaus: Ulrike Meinhof spoke very movingly about the existential problems of combining raising children and living. Her summary is the famous: “It is difficult, difficult, incredibly difficult.” Do you see the problem as still existing today, or perhaps even made worse by the fact that for those working in the arts or cultural there is no stopping work, no free time without work? Or is it, on the contrary, the case that time at the playground produces freedom and space to thing?

Isabelle Graw: I find it hard to relate to Ulrike Meinhof on the subject of “career life with childen”; first, because she lived in an even more patriarchal environment and, second, because she abandoned responsibility for her children because of a personal predicament. In contrast to Meinhof, today you could argue that children don’t make it more difficult but rather easier to oppose the logic of an economy that has it in for our lives. Because a child forces you to establish boundaries and sometimes protective spaces—zones of privacy and inaccessibility. By you could just as easily argue the reverse and declare parents to be the ideal subjects of the new economy, since they are constantly working and even increase their consumption because of children. Even the daycare center can be used as an opportunity for networking, to make unexpected contacts that are also useful professionally. And even if you turn off your mobile phone at a kid’s birthday party, you are integrated into an economy whose creation of value begins with its subjects—and that includes parents and their children. Clearly, a child involves you even more in social relationships but at the same time enables you to distance yourself from them.

Timo Feldhaus: What is your daughter’s favorite work of art?

Isabelle Graw: My daughter Margaux-Albertine's favourite work is a platinum-glazed ceramic piece by Rosemarie Trockel, which was made on the day she was born (August 18, 2006), and stands on my desk.

Read the other interviews from the series "Kids in the Art World" with Chus Martinez, Harm van den Dorpel and DIS Magazine.