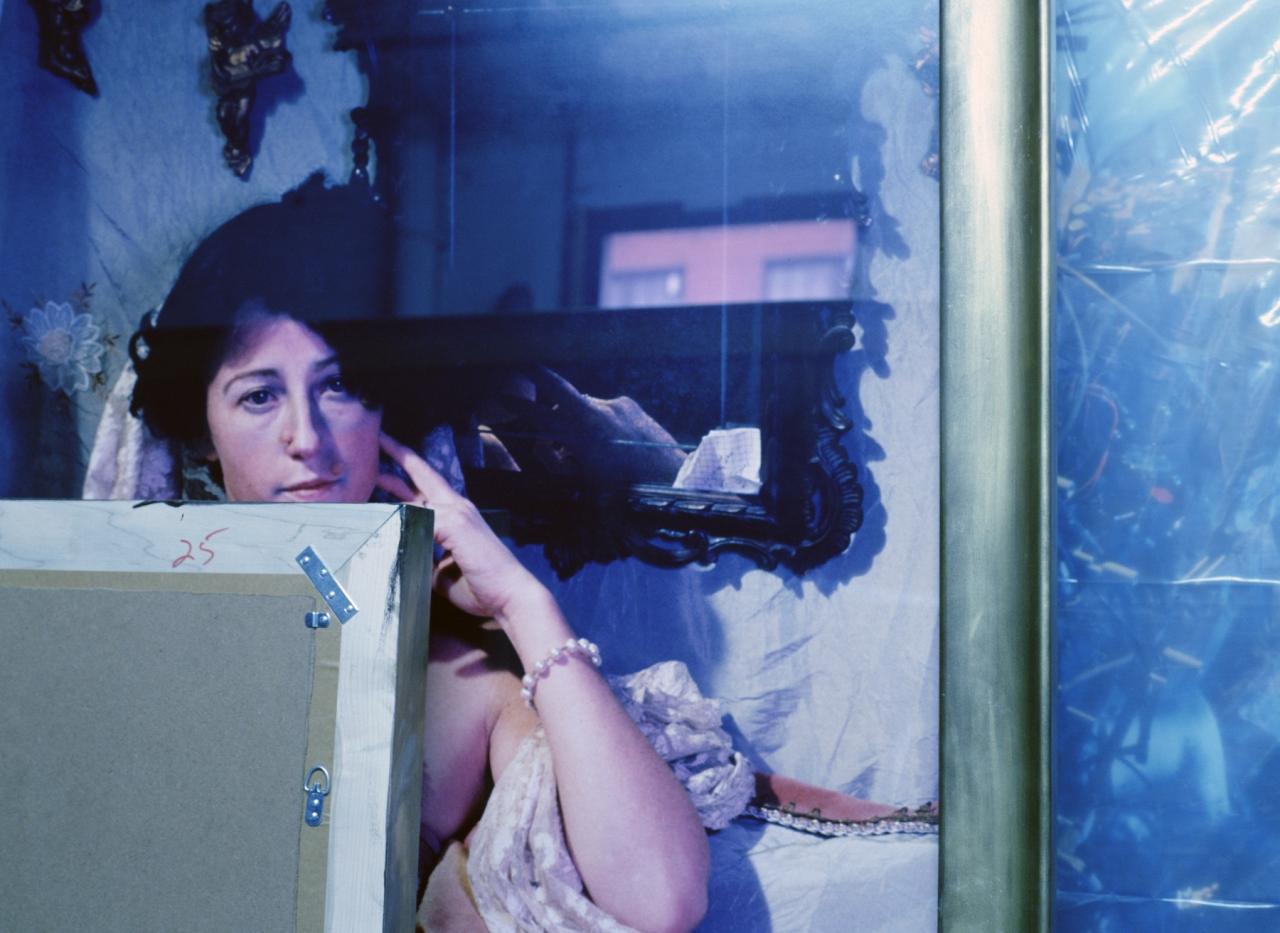 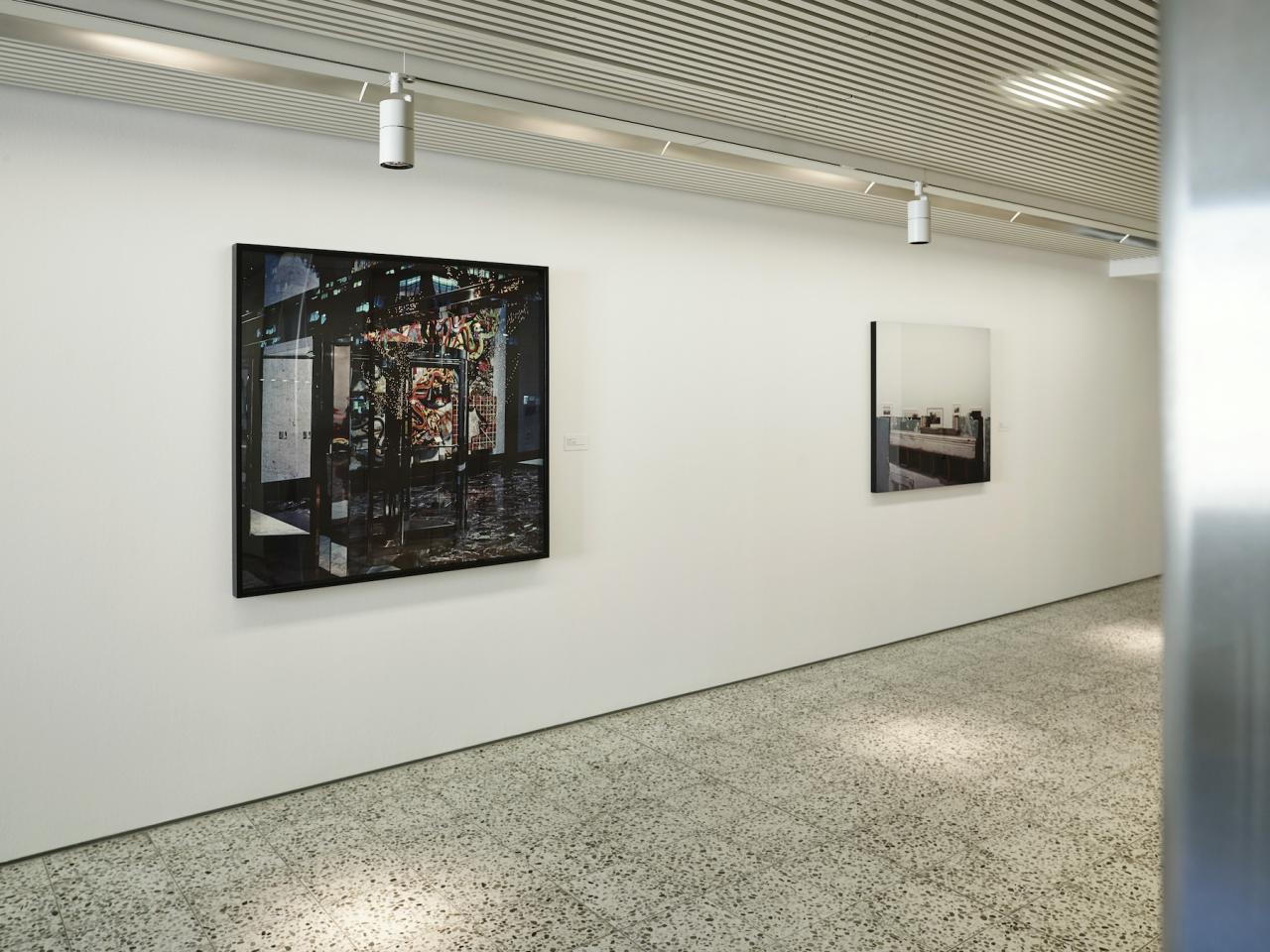 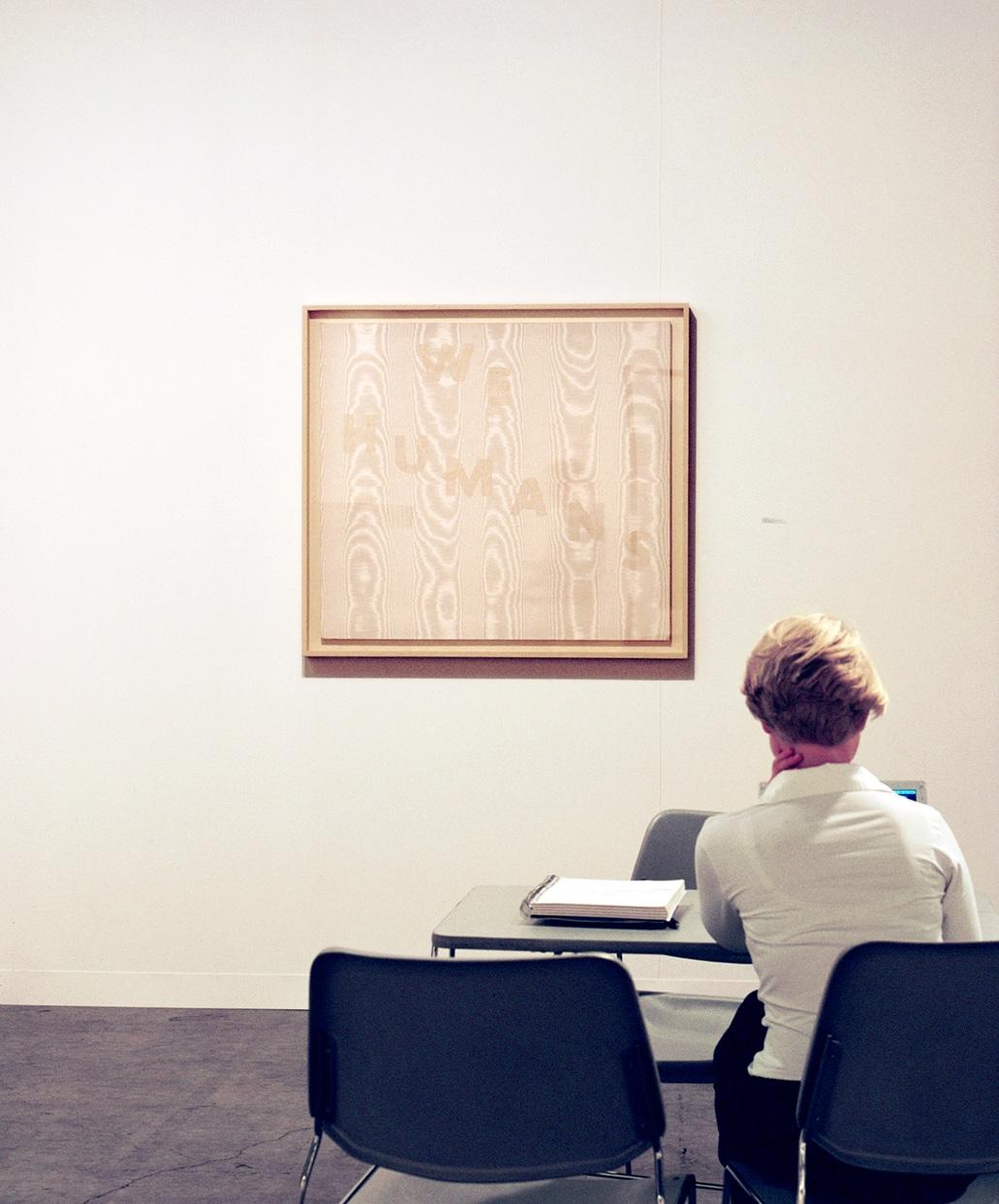 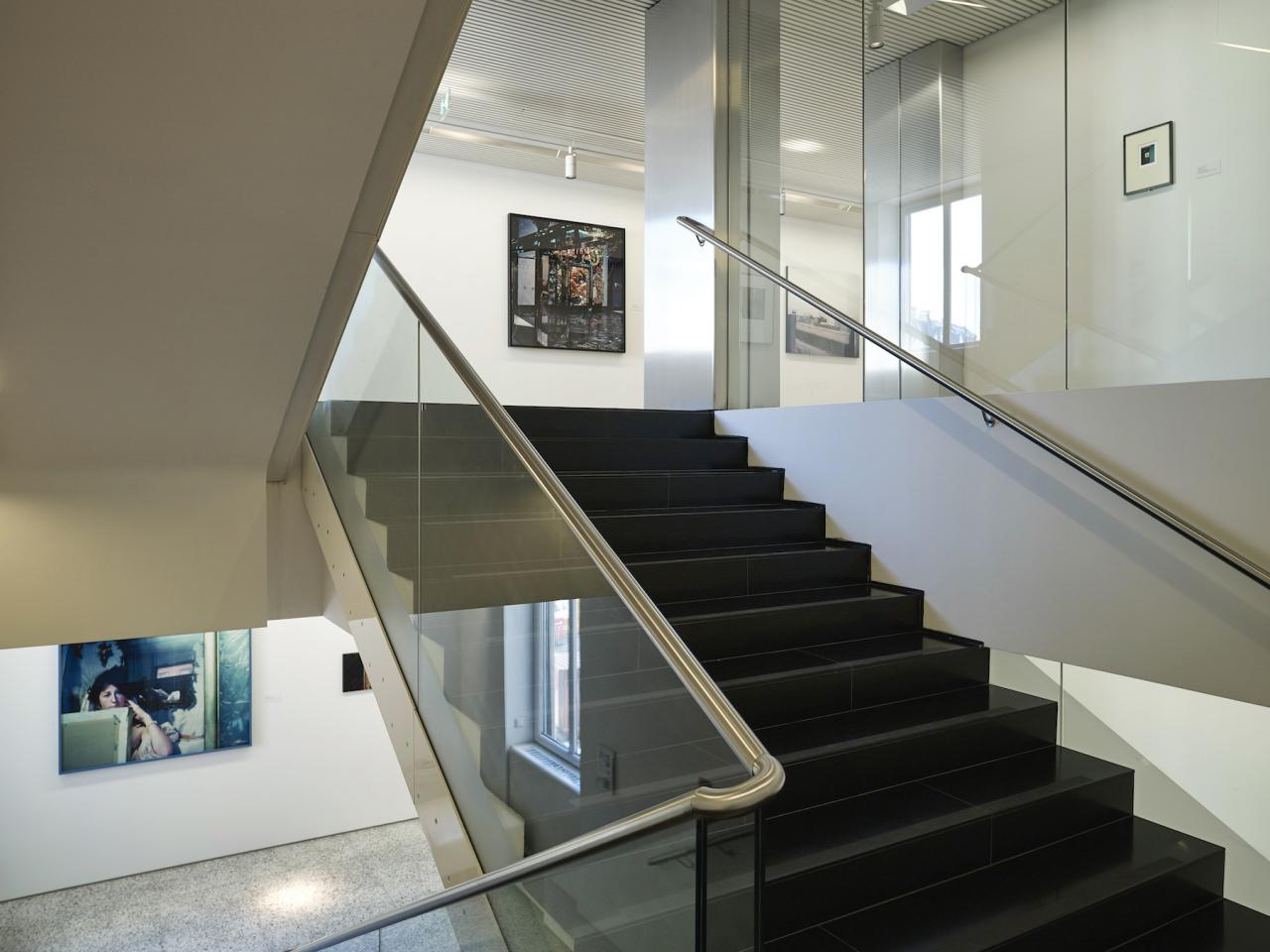 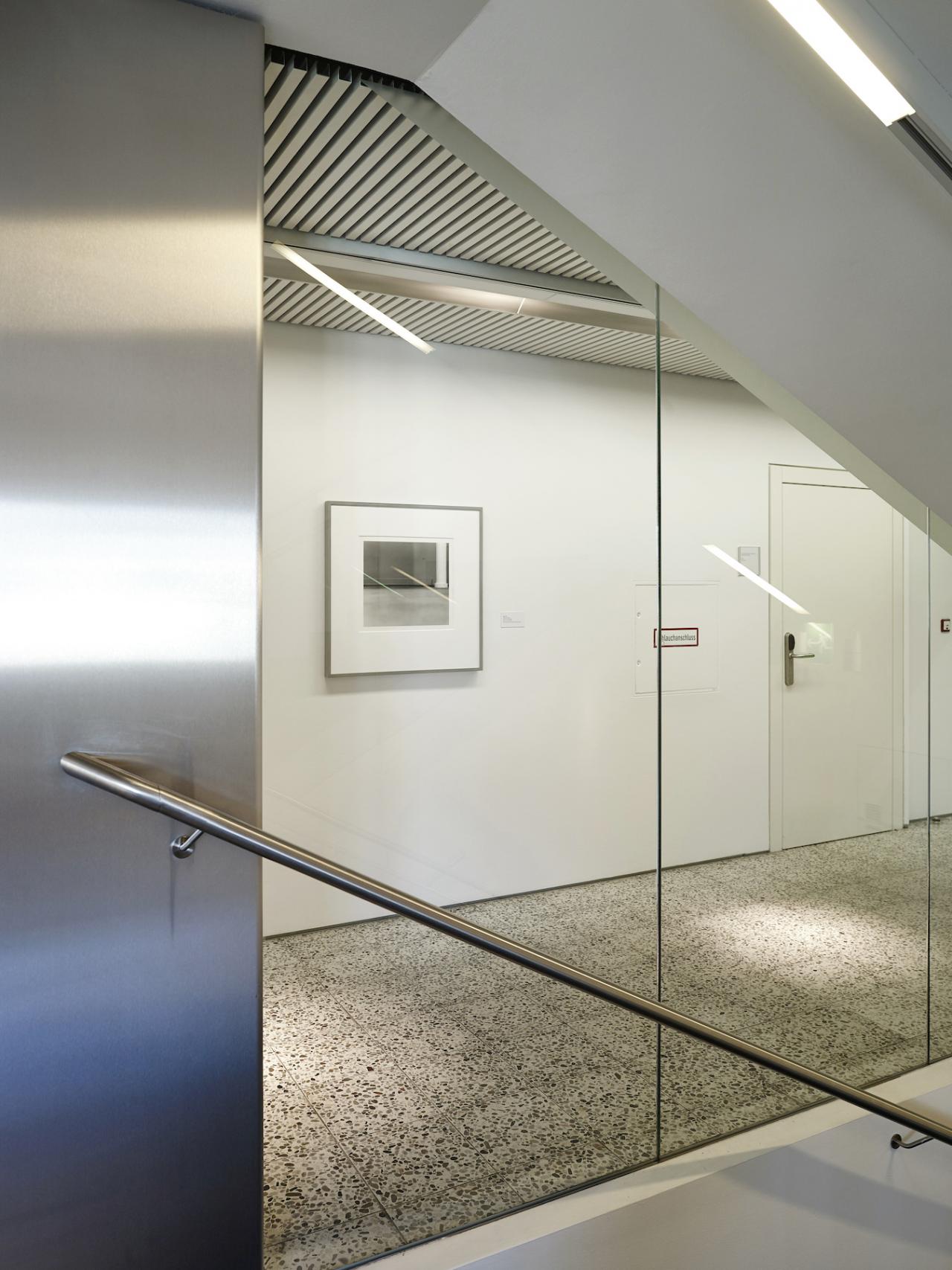 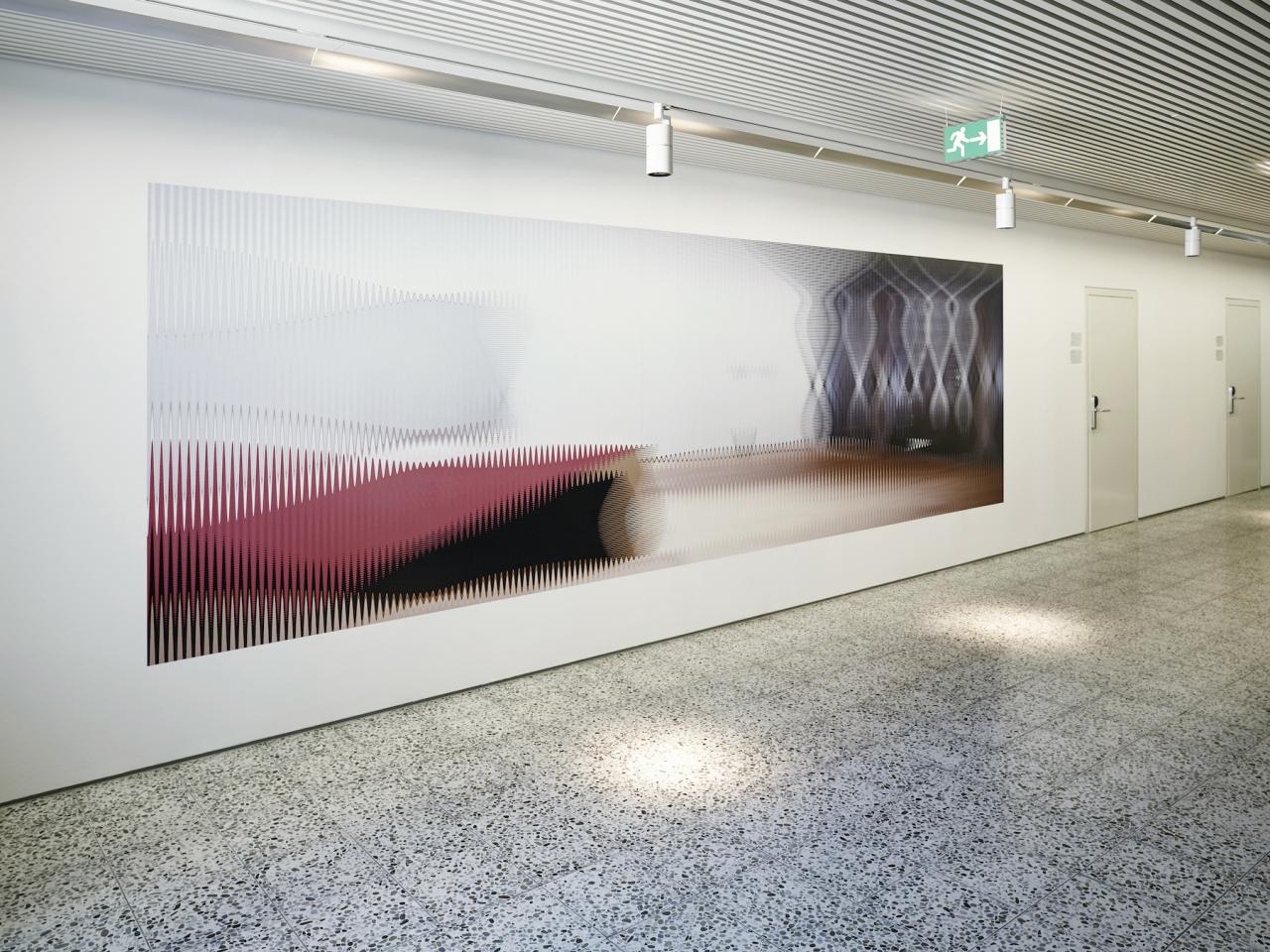 When you think of a corporate art collection, an unwieldy Frank Stella looms in the glass-and-marble lobby, a Warhol print hangs in the boardroom (the Wicked Witch of the West!), and framed things anonymously line beige carpeted hallways. The artists are predominantly male and there’s only one, maybe two works from each, none present in any particular depth. This, however, is not the case for the collection of Verbund AG, self-identified as “Austria's leading electricity corporation and one of the largest producers of hydro-electricity in Europe.” Artworks have been acquired since 2004 and those by women are prominently featured in their ongoing travelling exhibition “Feminist Avant-Garde of the 1970s”. One of the artists well-represented in the collection is Louise Lawler, with twenty-seven works in all. “She's Here” brings them together for the first time alongside another eight chosen by the artist and an accompanying publication, Selected and Related, which is an integral part of the show – and it is a show, from bottom to top. Organised to flow from the main lobby, up the stairs, and through the building in what is referred to as the Vertical Gallery, Lawler's carefully considered presentation is as finely attuned as any for a gallery or museum, perhaps even more so considering the close quarters: seven modest hallways with stairwell landings between each floor. The exhibition, unusual for one in such an environment and comprised of mostly small to medium photographs and works on paper, is decidedly site-specific, referring at times not only to artists in the company's collection, but also to its business, the site, and the very idea of corporate collecting.

An early work from 1982, Arranged by Donald Marron, Susan Brundage, Cheryl Bishop at Paine Webber, Inc., NYC (adjusted to fit), opens the show, announcing: “You are here.” In this picture, enlarged in 2016 to fill the wall on which it's shown, one of Robert Longo's iconic “Men in the Cities” hangs in an office at Paine Webber, Inc., an investment bank and brokerage firm. New York skyscrapers – themselves images of money, power, and ambition – are framed in the view from an upper floor window. Here on the ground floor, it serves as both introduction and a reversal of sorts. With a nearby Lawrence Weiner work embedded in the lobby's flooring, Lawler later connects Lost at Sea (Lamp) (1996–97), a picture of a preparatory drawing by Weiner illuminated by a small table lamp, its own domestic lighthouse.

Lawler has always raised the question: What are the circumstances in which an artwork finds itself after-the-fact, out in the world?

On the third floor we are confronted with To Scale (large) (1991–92), possibly Lawler's only nightmarish image: a monstrous Stella seen in the lobby of Saatchi & Saatchi's New York headquarters, an artwork projecting physically and metaphorically – corporate takeover, space invaders? Prohibited from going inside to shoot the picture, Lawler made it at night from the street, resulting in a disorienting overlay of artwork, architecture, reflections, and a glass revolving door: Dan Graham meets the baroque and hyper(sur) realism. In Not Cindy (2002/2008) we find a very different “you are here” image: A blonde woman seated at a desk, seen from behind, is not Cindy Sherman, an artist in the Sammlung Verbund, although she could easily stand in for someone working in any of the nearby offices.

Before entering the hallways, each stairway landing has a traced photograph – a vinyl adhesive applied directly on the wall, an entr'acte between levels. In these works, Lawler's pictures are reduced to graphic outlines, creating a heightened delineation of the original that can be revelatory, as with Pollock and Tureen (traced) (1984/2013). The pared down lines of the image, schematised and devoid of colour, amplify an all-over enlivened field entwining otherwise opposing objects. While Lawler saw this in 1984, the visual correlation in black and white may only be perversely clear to us now – and this is where Selected and Related proves itself more than a catalogue. To turn its pages, to move through the rise and fall of Verbund's Vertical Gallery, is to appreciate how Lawler reanimates pictures with permutations in various formats, cropped, traced, and stretched by expanding and contracting the frame. One may even sense that in certain works by other artists she has photographed (Jasper Johns's ghostly white-on-white flag most tellingly, seen in Monogram [1984–1999]), Lawler views every artwork as leaving its trace behind.

Lawler has always raised the question: What are the circumstances in which an artwork finds itself after-the-fact, out in the world? With the recycling and reanimating of her work in the past five or so years, its potential has expanded beyond that of a photographic negative and its ability to generate subsequent images. Increasingly, the artist asks this of her own work, which is particularly evident in her stretched pictures – and here, Formica (adjusted to fit, distorted for the times, slippery slope 4) (2011/2012/2015/2018) is nothing less than astonishing. With these permutations, Lawler shows us that something we have seen previously, even a picture well-known, altered from its source, can become something we have never seen before.

Bob Nickas is a curator and writer based in New york.

– This text appears in Spike Art Quarterly #58. You can buy it in our online shop –