"Memories of Underdevelopment" at Museo Jumex 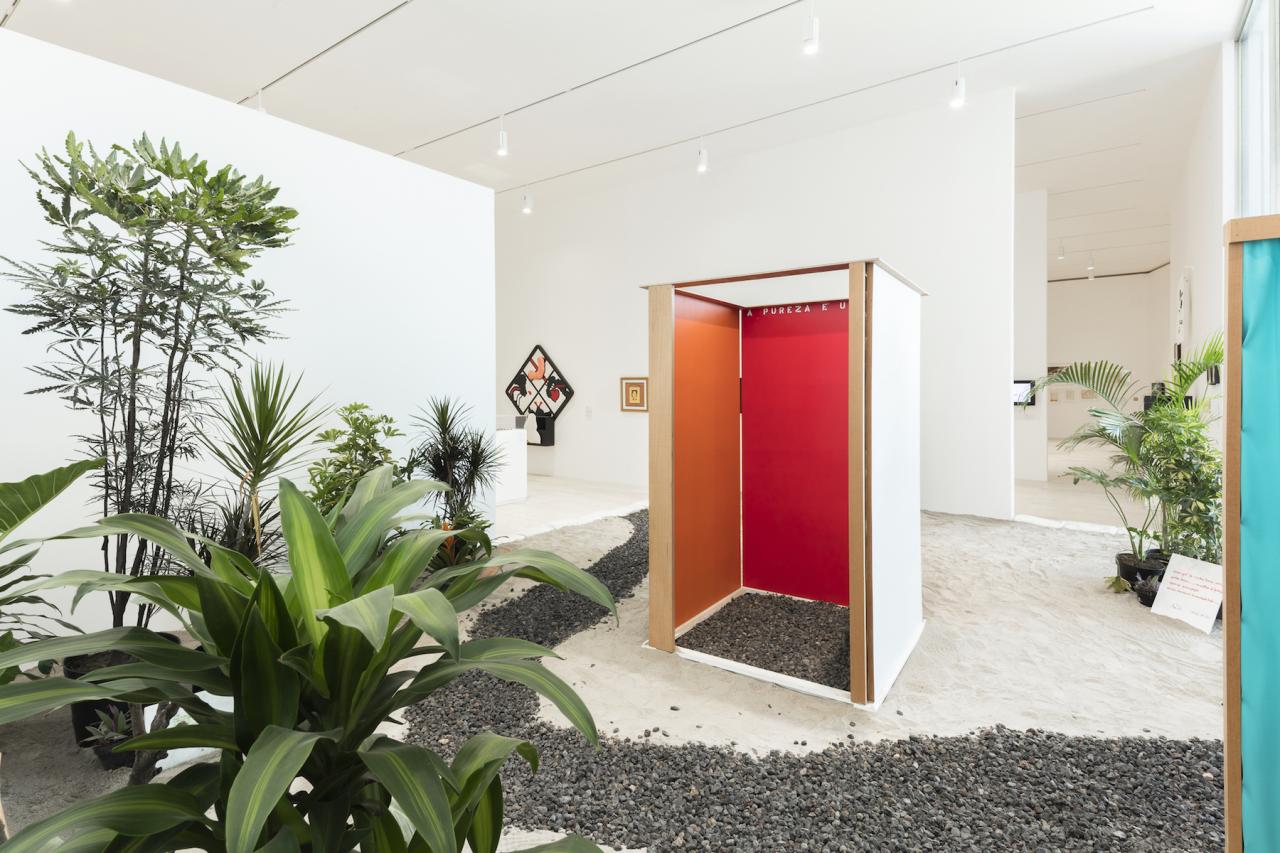 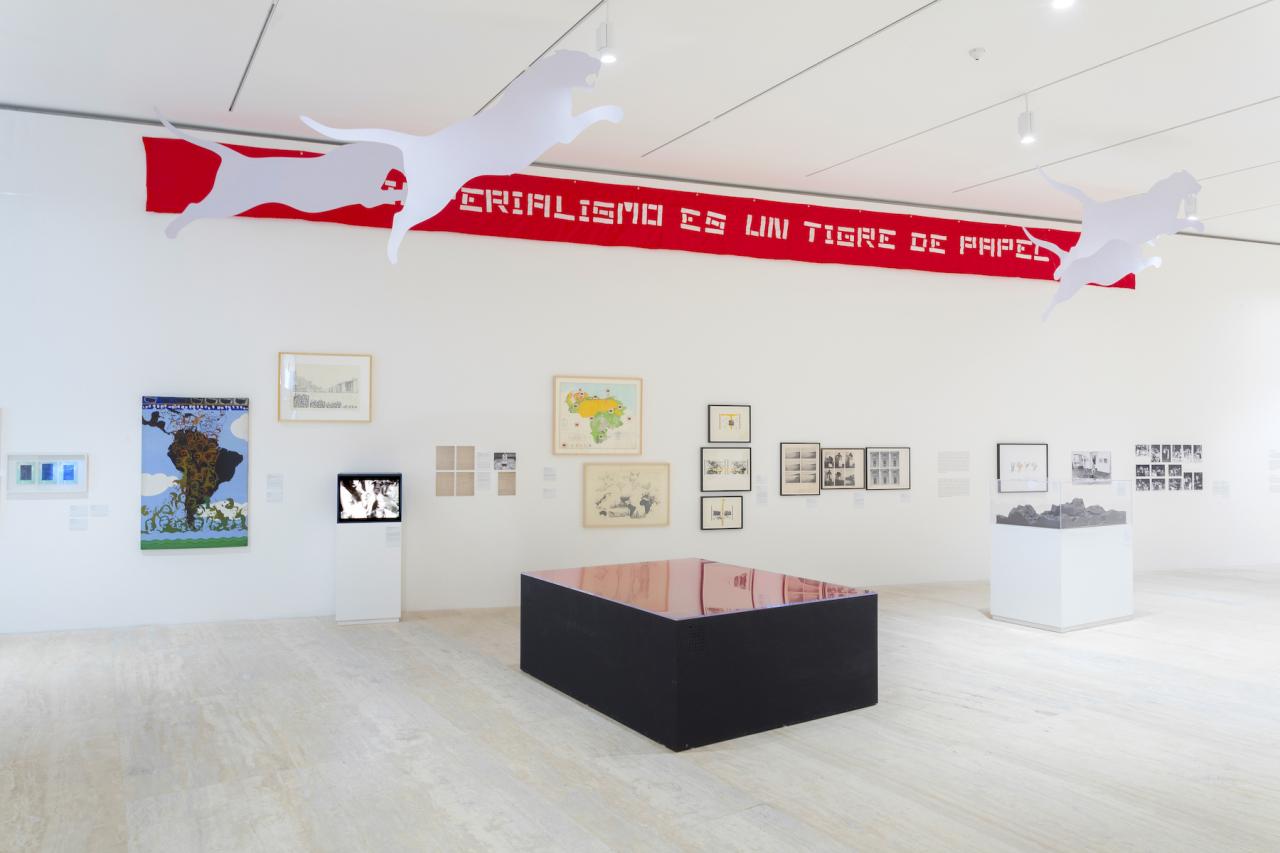 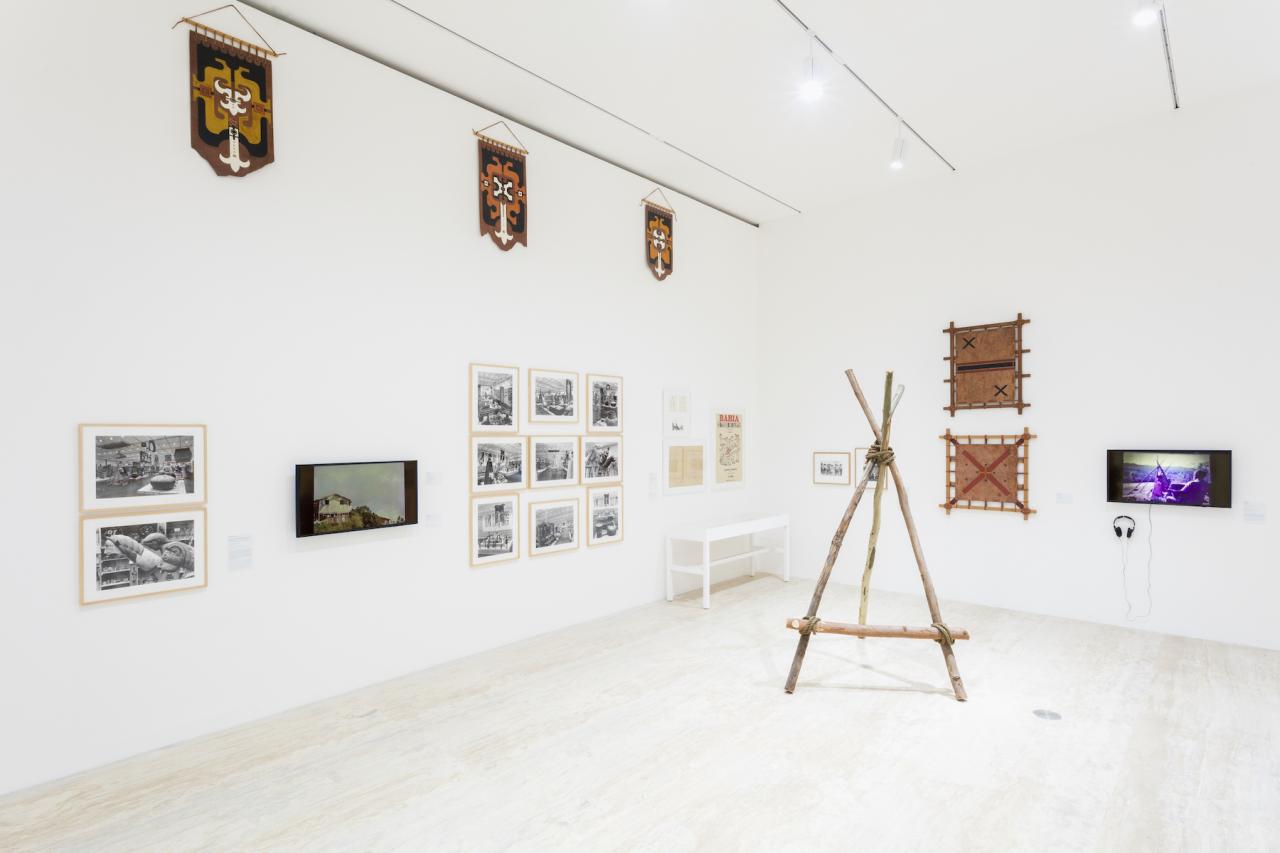 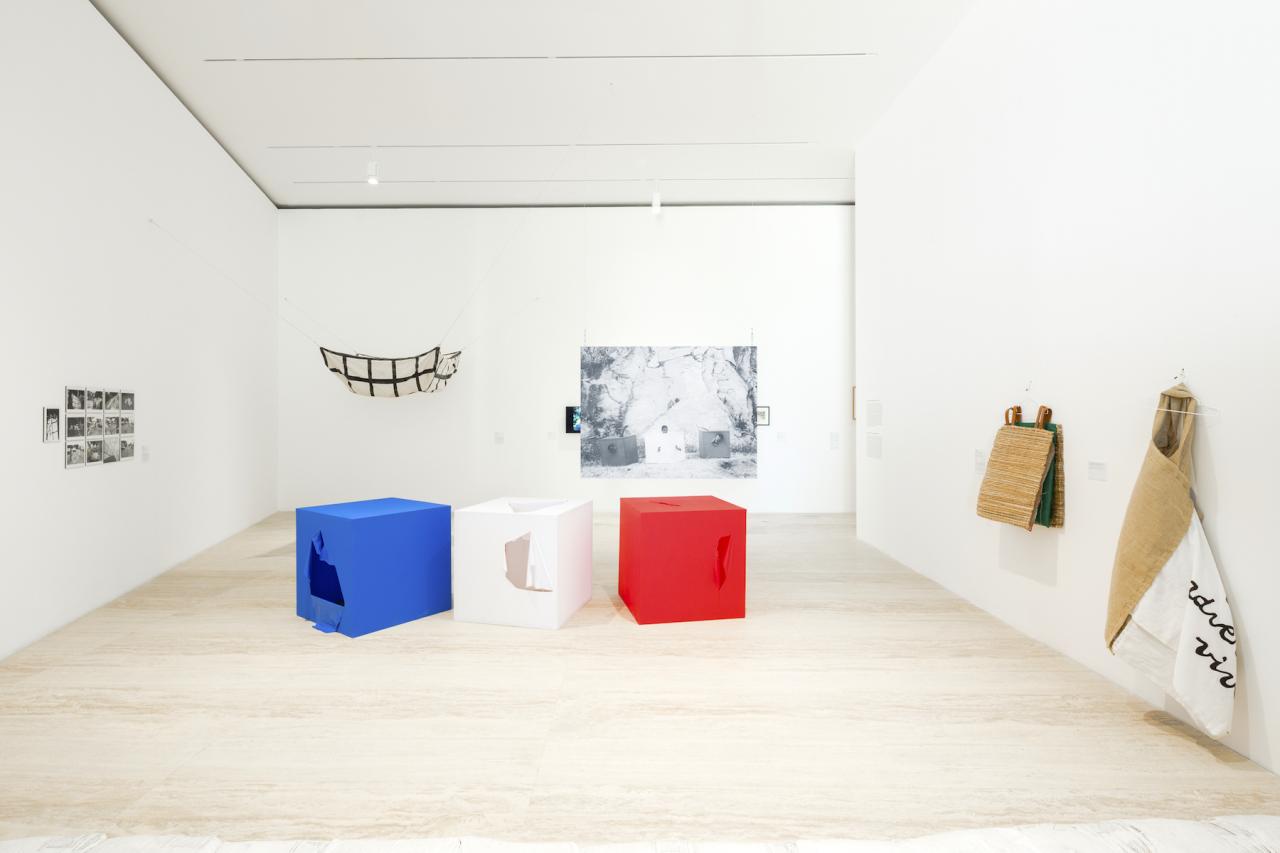 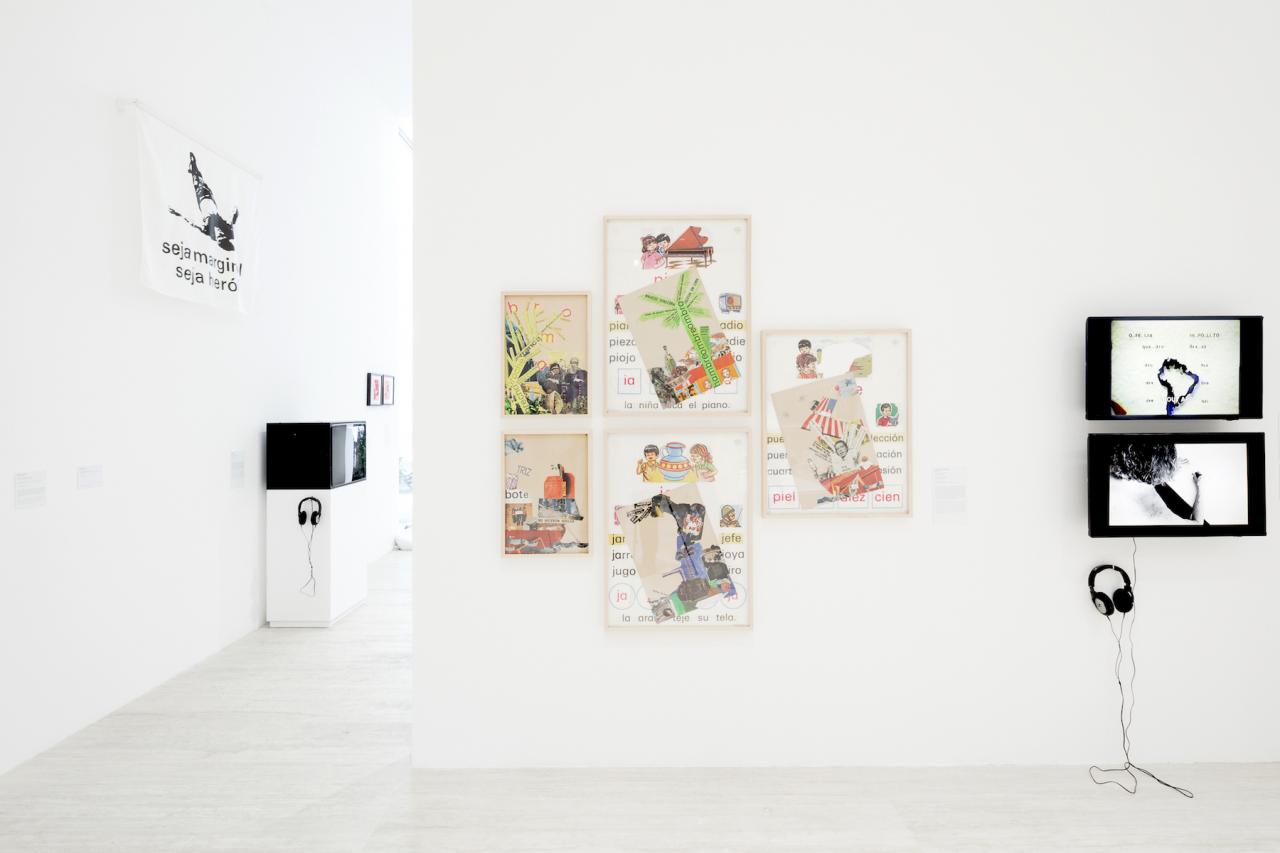 This exhibition discusses various artistic and aesthetic strategies aimed at fighting oppression and creating interregional connections throughout Latin America from 1960 to 1985 (the same period, one should note, covered by “Radical Women”, an all-female Latin American art show that premiered at the Hammer Museum last year). Artistic tendencies like educational outreach, collaborations with non-art audiences, hybridisations of pop culture, and the appropriation of communication and corporate business models emerged as resistance against the region's authoritarian governments of that time – regimes prolonged under the form of dictatorships in the Western “modern/colonial world system”, a term coined by Argentinian theorist Walter Mignolo. Artists generated new forms, expanding the way art was understood and showing how it could live beyond a white cube or outside of the traditional canon of painting and sculpture.

As the title hints with its use of “underdevelopment”, art in Latin America was born in the cracks: it provided messages of hope and constructive critique in spaces devoid of individual freedom and plagued by violence, poverty, and inequalities inherited from colonialism. The focus of the exhibition, however, rapidly shifts from “underdevelopment” towards the strong aesthetics demonstrated despite the endemic precariousness in which artists worked – affirming scarcity as a positive legacy, dismissing the occidental and colonial idea of baroque. For example, Luis Ospina and Carlos Mayolo’s films of the late 1970s and early 80s were aimed at showcasing the lives of marginalised and ordinary people in the town of Cali, Colombia (often referred to as Caliwood), creating a genre that has been described as pornomiseria (“poverty porn”). Often scripted as horror movies, they combined vernacular beliefs and Hollywood parodies to criticise the racist, classist, and narco-criminal society in which they were created. In a similar way, architect Manuel Casanueva Carrasco bypassed Chile's censorship and interdiction of public assembly through teaching a sports class that soon morphed into a series of artistic happenings which challenged the individualist ideology of Augusto Pinochet's neoliberal regime through performance and the production of crafty props, processes that were documented and are displayed in this exhibit through photographs and videos.

Brazilian art sometimes seems like the backbone of the show – its conceptual boldness and linguistic coherence acting as a mirror that captures more fragmented local histories – and the work of Anna Bella Geiger justifies this feeling. Her witty collages, drawings, and maps hang throughout the show, disrupting its categories and dealing with feelings of isolation and injustice through humour. Her work echoes much of that by other artists, but in a distinctly feminine way; the drawing Bureaucracy (1978), for example, shows four ethnically different women articulating, in exaggerated ways, the titular word (this work was also turned into a video in 1982 and exists as various engravings and editions).

One has to then understand the “Memories” of the title not as something that ended – for one can still identify with the everlasting presence of “underdevelopment”– but rather as something to be celebrated. Indeed, it's fascinating to see the rich level of refinement these artists demonstrated in their practices: a precariousness that isn’t poverty, possibly having understood what “global” was going to mean long before the West began to conceptualise its own provinciality.