Stars Among Us
by Natasha Stagg 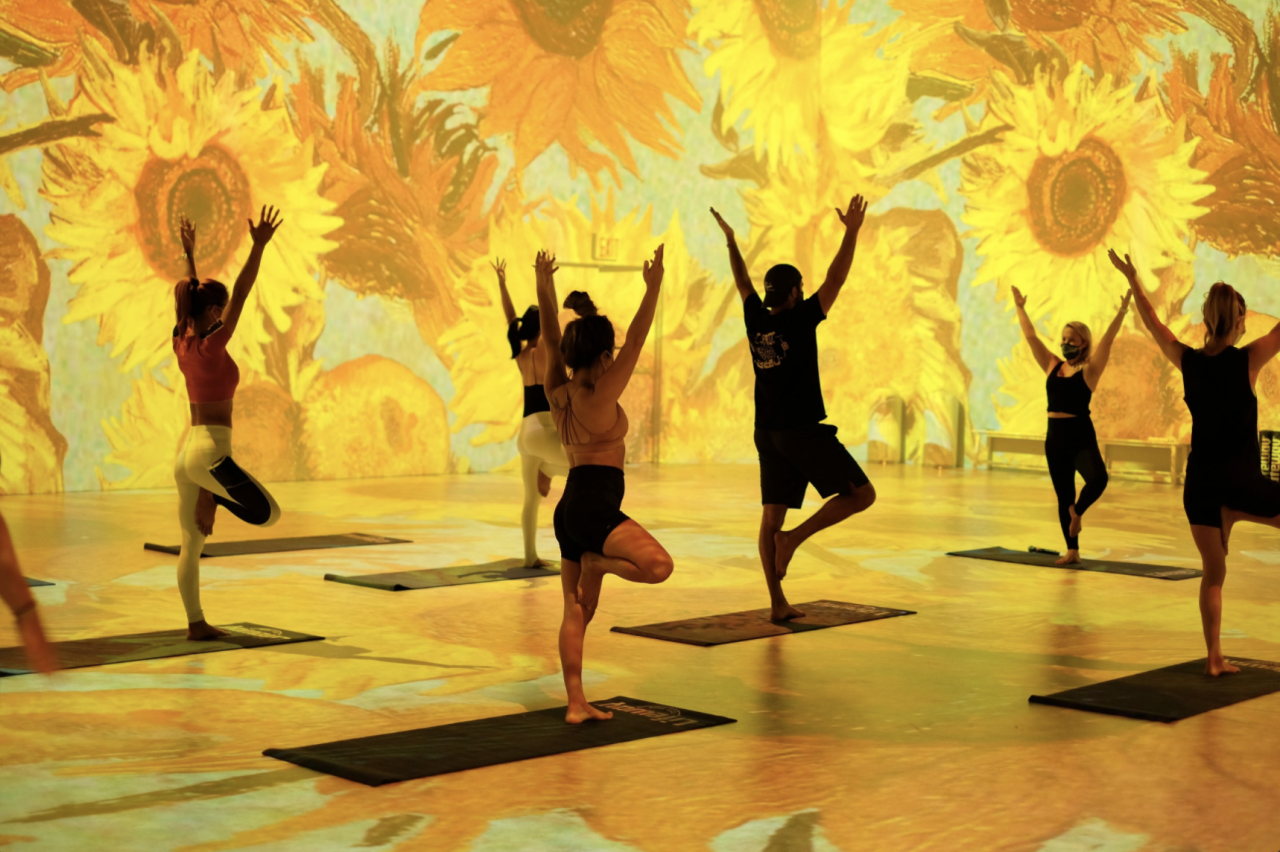 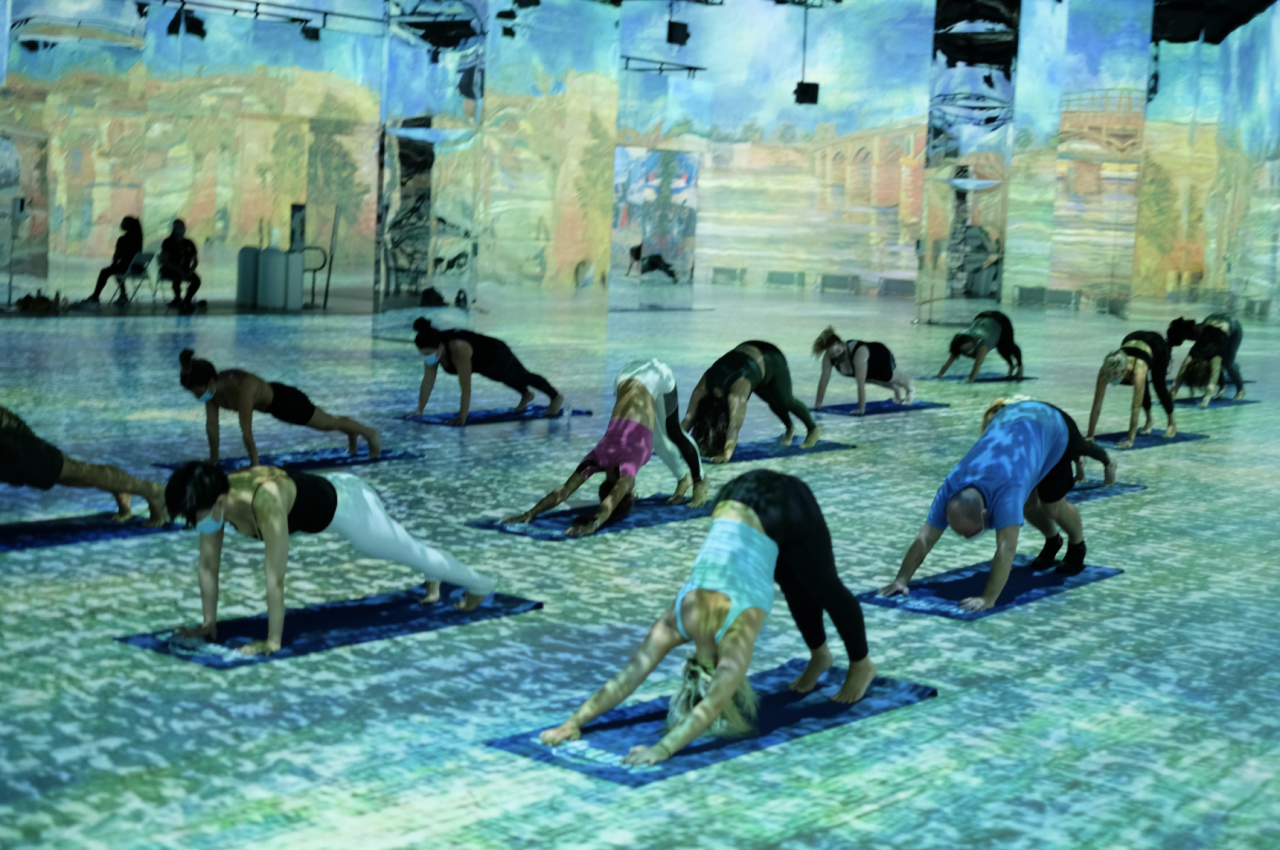 Walking by the Sara D. Roosevelt Park, I see a young man yelling into the face of an older man, “I’m tough.” Noticing me and others noticing him, he hops onto the steps and calls to the passing crowd: “Subscribe to my YouTube, number one podcast in America.”

The word “unhinged” has become overused lately, but that’s because no synonym sounds as right. The implication is that someone or something is comparable to a door falling off a wall, or a lid unexpectedly coming unattached, leaving the inside wide open. Or it’s like a metal wing snapping, causing the aircraft to tailspin. Walking towards the West Village, I encounter a muscular man yelling at an old, confused man in a wheelchair, “You just tried to set my car on fire!”. Just after I step past the argument, the younger guy punches the older guy. Behind me, I can sense the heavy swing but not the impact.

Last summer, the word “bucolic” became overused, because it perfectly implies both escape and return, a pastoral hamlet removed from the infested city. Now, movies called Pig, Lamb, and Cow are premiering in the reopened movie theatres, our modern metropolitan temples. The first time I could go to a theatre this year, my options were Minari (“a family leaves California to take up farming near the Ozarks”), Land (“a woman seeks out a new life off the grid in Wyoming”), Nomadland (“after losing everything, a woman journeys through the American West”), or Hillbilly Elegy (“a Yale Law student is drawn back to his Appalachian hometown”).

Meanwhile, cottagecore and prairie dresses are over, and fashion shows are slowly returning to physical spaces. Since the schedule is all out of whack, every event is inconvenient, and so plenty are held more out of the way than ever: Venice, Kyoto, Arouca, upstate New York. There is something exhilarating about the way every designer seems to be on the brink of abandoning it all.

I see advertisements for the “original” Immersive Van Gogh Exhibit everywhere: on the sides of buildings, turnstiles, and sidewalks (“Gogh this way”), and then one day, I see the converted warehouse that all these arrows are pointing towards, on Pier 36 between three congested thoroughfares: FDR Drive, the East River, and the Manhattan Bridge. It’s covered in a sunflower motif that Van Gogh never painted, since he wasn’t a wallpaper designer.

Inside, as I’ve seen on the website, one walks through halls of animated versions of digitized Van Gogh paintings. The projections (made of 90,000,000 pixels, the site boasts) stretch overhead and along the floor, too, with AR features and reflective sculptures adding to the 3-D effects.

A few ironies have occurred to me upon seeing these advertisements. That this is called the original immersive Van Gogh experience is of course ridiculous, since the original would be the paintings. (When I was a kid, my mother took my sister and I on our first trip to Los Angeles because of a traveling Van Gogh exhibit’s stop at the Getty Museum. It had an excellent audio tour, I recall.)

Starry Night, used in TV show museum scenes and the poster for Woody Allen’s worst movie, Midnight in Paris, is basically a metaphor for the feeling of getting art for the first time.

I now understand, though, that the Pier 36 setup is so-called because it is competing with an extremely similar exhibit just across the island, at the Skylight, called Van Gogh: The Immersive Experience. In fact, this is, as Artnet News has stated, a “craze currently sweeping America.”

At least one of these lightshows is actually replacing a contemporary art museum wing (in Indianapolis, Indiana), which is also funny, since selfie-centric pop-ups and integrated gift shops are more contemporary than art, anyway. Many times this year, I’ve had to walk by a gallery redecorated to mimic a 3-dimensional version of the “room” in Goodnight Moon, its surfaces piled with artist-made tchotchkes and furniture for sale. Don’t get me started on how pre-pandemic downtown was littered with goo-touching platforms and rosé-drunk ball pits and colour-field walls labelled with hashtag prompts, like an alternative, infantile, tactile Times Square.

But what really stumps me is that this “craze” is not video-gamifying artworks that were originally intended to be viewed from many angles (like those by, I don’t know, Walter De Maria, Olafur Eliasson, or Robert Smithson). I guess Van Gogh is a safer bet, since he is probably the most popular artist ever. Starry Night, used in TV show museum scenes and the poster for Woody Allen’s worst movie, Midnight in Paris, is basically a metaphor for the feeling of getting art for the first time.

But the reason it is, I’ve always thought, is that we’re so used to seeing an appropriated version (on an umbrella, a phone case, a face mask) that when we see it at, say, the Getty, it’s the texture that blows us away. The oil paint is piled, claylike, its shiny and shadowed contours part of the work’s integrity. It isn’t that these are some of the first paintings of a night sky, a sleepy street corner, or a vase of sunflowers. Flattening these impressionistic depictions of a person’s day-to-day, then making the stars in them twinkle like a screensaver, is so beyond antithetical I can’t believe I’m writing these words. If the clinically insane, penniless and suicidal Van Gogh were alive to see what his work has become…

It is, as an artifact, nice at least in that these “experiences” neatly exemplify the phenomena of advertisements becoming the thing itself, participation in being advertised to redefined as “immersive”, and then the proto-thing being advertised — the art of Van Gogh, the memory of a children’s book, the importance of goo, or rosé, or pigment, or something — becoming moot as the pop-up gains its own legacy.

It makes as much sense, to me, as someone suggesting we subscribe to a channel and then not naming it. And creating the atmosphere of advertising with no goal, in some cases, feels substantive. The lack of ambition or intentional emptiness can feel alive, wild with delusions. And maybe I’m the one that doesn’t get art yet, and I won’t, truly, until I am immersed in something like a motion-infused projection of Starry Night in one of the many hangar-like structures currently taking tickets country-wide.

Since 2017, Spike has invited Natasha Stagg to do the same: one text a week, of any length, on whatever she likes. A new installment of Out of State will be published online every Tuesday for ten weeks – one summer long. Last week, she wrote about disappearing bars and her secret skill for dreaming up clever nomenclature.