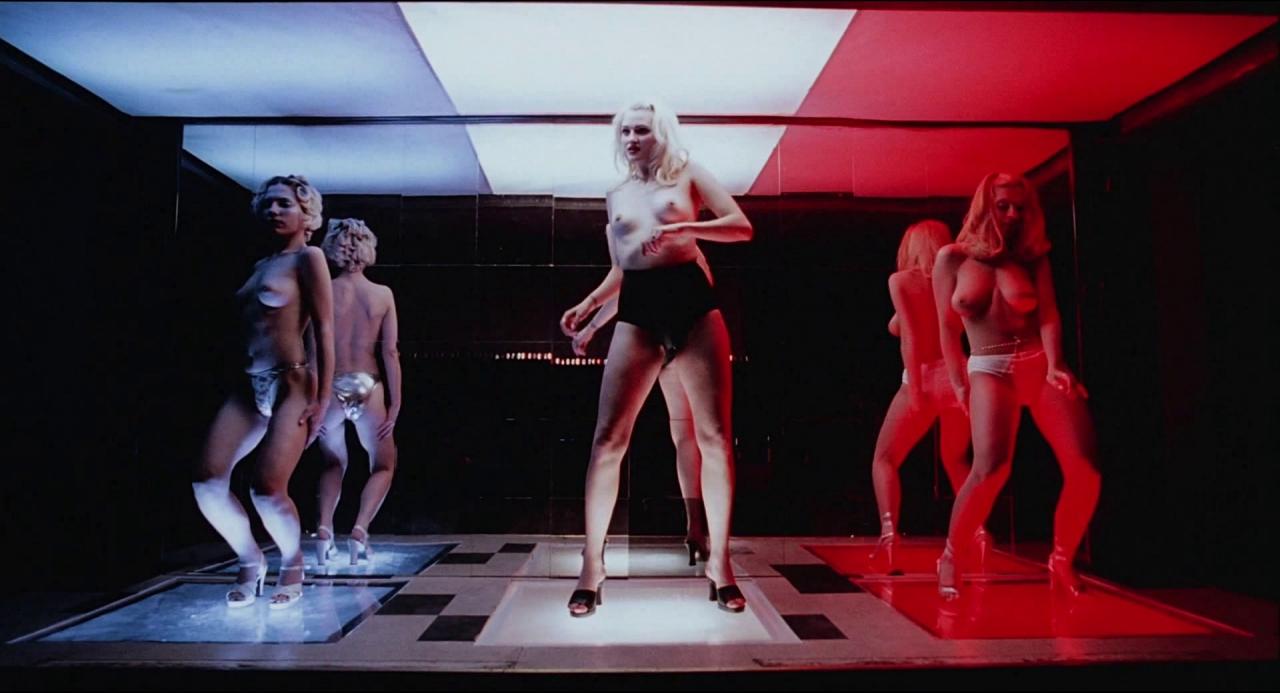 A Summer Chronicle, part 2: NATASHA STAGG is in love, only wants to buy designer underwear and tells us why she enjoys going to strip clubs

Not to start out with a quote from my therapist, but my therapist apologised for an uncharacteristic “chuckle” this week when I said, “I don’t know where this comes from.” I won’t go into what it was about, but the answer was my father, obviously.

I’ve been looking forward to most of my therapy sessions since I started going, not because I think it’s helping my disposition, but because I can use an objective perspective sometimes, with matters of media. We talk about what is going on in the news in the most passive terms possible, saying “I read a thing, I don’t know where…” and then filling in each other’s blanks, or not, keeping it almost in hypothetical terms. And sometimes I do speak in hypothetical terms. She probably assumes, then, that I’m lying (the old “say I had a friend” tactic) but I never really lie.

It’s summer in New York again and I’m in love. The only things I buy anymore are designer underwear, dishes that are made to look like lettuce, and those sheets everyone loves that somehow stay cool longer. I want to sell every piece of clothing I have, not because I don’t like any of it, but because I want my room to be empty, just a bed and a movie projector and some postcards pinned to the wall.

A few weeks ago, in Atlanta, where one can smoke cigarettes indoors and order a beer for two dollars, I was at the Clermont Lounge, a strip club known for its sleaziness. A man was celebrating his twenty-first birthday at the table next to ours. I wonder what his friends, who bought him a semi-public lap dance from every woman in the vicinity, thought of my two visibly pregnant friends, out with their husbands. The dancers were bizarrely ungraceful, some wearing sneakers and jean shorts on the bar, others in impractical lingerie that got caught on heeled sandals as they peeled every piece of it off.

I love strip clubs, kind of, because they are so diverse in intent and aesthetic, an accidental evaluation of human sexuality, its inexplicable qualities and runaway tangents. In movies, strip clubs are light blue and red, lit from the floor. Blonde-wigged women in diamante chokers rock back and forth in slow motion, their beauty a thing in and of itself to behold. Police costumes, feather boas, and fans make appearances, and men howl while they slap their friends’ backs. All the dollars explode out of one person’s pockets at the end of the dance.

In a way, this most unconventional strip club was more like that depiction than most conventional ones: people seemed happy, even though the dancers were not as young or sexy as the ones in the movies. Not that it was utopian: I heard later that in the public bathroom, shared by the dancers, there was uproar about faeces on the floor.

In January of this year, I was in LA for a wedding. I had a fever for the ceremony and the following few days, but once I started to feel better, I rushed to show my boyfriend my favourite spots on our last night there, including Jumbo’s Clown Room, which, for all of the platform-toe slamming, is the least intimidating strip club I’ve seen. Some of them make me feel miserable, and I can never prepare for that feeling because I don’t know where it comes from. All strippers look sad in some way, a dancer desperate for single dollars, walking a fine line between controlling a room and appearing an afterthought. I have no interest in the politics of it, really, only the pure spectacle and its precarity.

I just watched Striptease for the first time, a terrible movie, but one that was unfairly reviewed when it came out: the big-name critics wrote that not only was the role Demi Moore plays jarringly disparate from the overall tone of the film, her stripteases are decidedly, objectively unsexy. The same was said of Showgirls, which ended up a formative image for many an adolescent. For all of our other flaws as a generation, at least we’ve developed a deeper understanding of what the mere presentation of a sex-identity can achieve.

My therapist never asks me about sex, but I would assume that her office would be the least sexy place ever once I started to talk about it. Because sexiness is ridiculous: an imaginary, ephemeral thing, like personal style or the English language. Everyone knows that trying to understand it is in direct competition with appreciating it.

NATASHA STAGG is a writer based in New York. She is the author of Sleeveless: Fashion, Image, Media, New York 2011-2019 (2019) and the novel Surveys (2016) both published with Semiotext(e). A new instalment of Out of State will be published online every Monday for 8 weeks. Last week, she wrote about contradictions in sustainability and fast fashion.