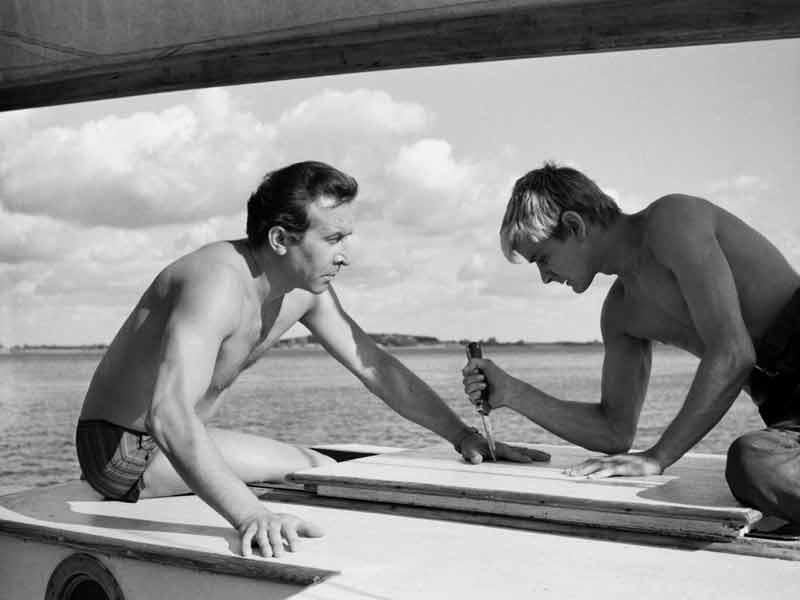 Of course, I like cruelty in art. In fact, I’m bored senseless by gore that looks unreal or horror that isn’t probable, unless it has some septic, Cronenbergian twist. I’m ashamed to admit that I can’t stay awake during war movies, or action movies of any kind, even when they are based on real plots. I like art and film to terrify me, to twist a knife that is already inside me – based on something that could happen in my vicinity. I like those Northern/Central European decadent sadists (you know, Von Trier, Seidl, Haneke, Vintenberg, Verhoeven) and Breillat, and Brisseau, and Pasolini, and Polanski, and Denis, and Campion, and only the most realistic dramas by Ferrara. They torture people that look like me: educated white people, usually women, who are vulnerable because they are oblivious to a larger picture.

I’m writing this from a cliff in Deía, Mallorca, overlooking the cove full of snorkelling tourists who look tiny from here. It’s early and they are filtering in, maybe unaware of sea urchins and jellyfish waiting in the rocks. Yesterday, our hike to a sunset lookout led us to an abandoned turret full of bats. It was after a twenty-four-hour sailing trip, in which I slept on the deck under a small canopy after dinner and champagne our French guest brought from Paris (the small ship, built-in 1909, picked her up at the Palma yacht club straight from her flight – I was almost jealous of her introduction to the island, but then we ran out of water onboard), and before we fell asleep to a Stephen King adaptation by David Cronenberg and the sounds of distantly crashing water.

I like to feel gutted by a movie. I’d rather not know that it was all because of a ghost or the devil or witches and assume it was the panic of knowing that your spouse wouldn’t save you in a desperate situation, that you killed someone and you could do it again, or that no one believes you were raped, that rape is worse than death sometimes, that everything is emptier than you imagined was possible, that the bottom has fallen out of humanity, that we are the most horrifying animal, that chaos reigns. I don’t need to see a monster movie ever again. Humans are far scarier monsters than any fictional ones we’ve imagined. There are no natural predators to humans or livestock on the island, and so goats and sheep are everywhere, but I’m told the fisherman rounded up all the stray cats and threw them into the sea in bags at one point, in order to eradicate a pest.

On our sailing adventure, the captain’s wife was our deckhand, but she had only ever been on a boat once before and was frustrated by her own English proficiency. Like in a sitcom, she constantly apologised until she had something to apologize for: a capsized bucket, a broken glass, a lost bag. Those types of things are funny when they are but have the danger of fraying a tightly tied knot when they’re not, like when the sails come down at midday and there’s no avoiding more sun on a sunburn, or when the dog seems to be stressed about things beyond our control, or there’s a business call waiting at the end of a trip that seemed to suspend time. Actually, everything was perfect, and we had extra Campari and juice in the end, and we knew we’d miss the rocking and creaking of the boat right when we stepped back onto the dock and towards another yacht club full of overweight children crying to their drunk parents.

Before we boarded, the friend who arranged this excursion said the captain had never taken strangers out for this long a timespan. Many of us were being introduced to one another for the first time and there was confusion from the start about beds, and so I tried to make a joke about the trip ending up like Polanski’s Knife in the Water (1962). No one had seen that movie, I guess, and someone said, “Yeah, like a knife in the water”, like that’s something, and I guess it is, because that’s why the movie is called that.

I think I like truly scary psychological thrillers because it can let me know that the horror I feel when I’m simply spiralling for a reason that is so pitiful in the scheme of things, a mere setback compared to the horror some people suffer consistently, or once, and then forever, is recognized. A writer can create the most awful version of something and contain it in an enacted plot, and the curtain of fiction places it into the same exact brain space as my real horror, however contained it is in my own consciousness. Because mostly my life is idyllic, with nothing wrong with it, and even that very fact is frightening – something else must be happening behind that curtain, waiting to terrorize me with its reality.

A new instalment of Out of State will be published online every Monday for 8 weeks. Last week, she wrote about Tarantino’s Once Upon a Time in Hollywood and the society that generates misanthropic women.