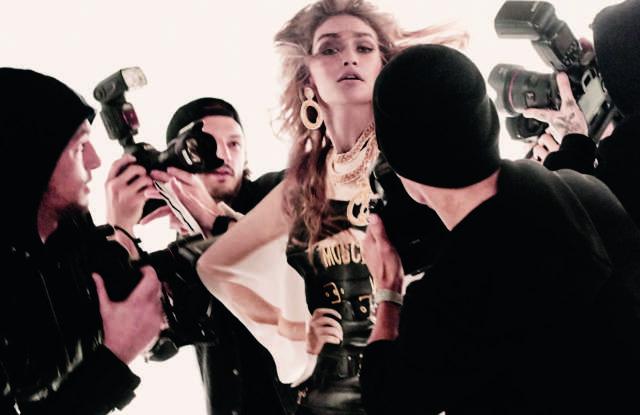 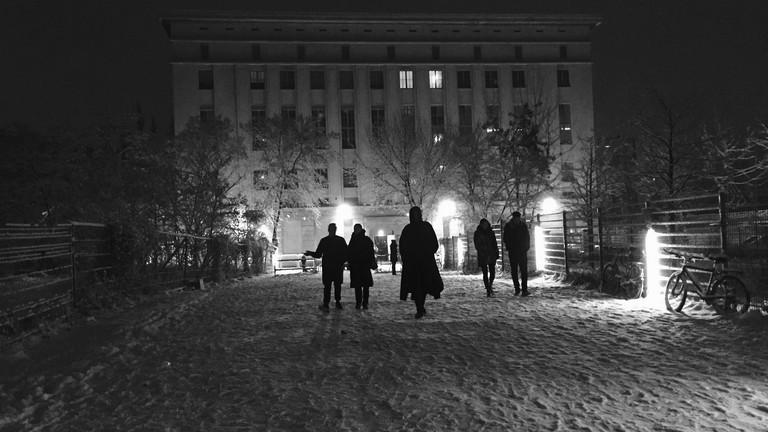 The prospect of promotion is on the horizon, or I guess it is upon me, since I’ve been interviewed a few times already on the topic of my new book which is out in October. The August vacation thing is very real in Europe, though, and somehow everyone is owned by a European conglomerate, so nothing about me is out yet and won’t be for a while, which is good. I don’t know how ready I am to face the attention, and especially the reaction to that attention.

I used to go to fashion shows for work, and I would try to wear something nice, some vintage dress from Beacon’s Closet by John Paul Gaultier or Moschino, maybe even a pair of scuffed heels that looked immaculate in my closet next to sneakers I found on street corners. I should have worn all black, like everyone else knows to do in any situation if you’re not famous, because without fail, every time I entered or left a venue, the hoard of street style photographers searching for an it-girl would lower their lenses. It was a feeling of rejection I had not known before that, which has only been matched by a nightclub door-person looking me up and down, then in the eye and smiling, “Not today.”

If I had not even tried to look nice, it would have signalled that I didn’t mind not being noticed: there are the ones there to be seen and then ones there to see. The delineations get confused when the event is fashion, because there is a level of respect one must pay to the designer, too, by showing up looking chic. There is also a line around the block at Berghain of people wearing nothing but black, and only a handful of them get in. People always scoff at this conversation, saying that it’s why they don’t want to participate, but they’re wrong, sweetie: participation is mandatory. The balance of wanting to be accepted and not wanting to care is in everything, and the image we project at all times is measured in certain terms.

I’m often asked by other writers the strange and pointed question, “Were you happy with the way your last book launch went?” It took me a while to decipher this as a question about how hard I tried. “Absolutely,” I always answered, and still do. Being brought into a fold as well-regarded and cool as Semiotext(e) was a dream, and even with their name behind mine, getting attention from top tier publications was not expected for me. I was so grateful for all the reviews and interviews, and the DMs from young readers, I couldn’t imagine it going better. And then an agent or publicist would tell me that I should have gotten a wider readership. How terrifying that would have been, I thought.

There was an article about a YA writer on Buzzfeed this summer who stalked a Goodreads reviewer that she assumed had ruined her career, and then wrote an essay about that, and then wrote an essay collection about, among other things, the fallout from her actions. I read this as a horror story, imagining a reader review giving me such a rude awakening that I went insane.

Actually, after reading this, I went to my own Goodreads page for the first time since a few months after my novel’s release. I have a lot of bad reviews, most of them the kind I would destroy in a workshop discussion (“You’re critiquing the character, not the writing”), and others that actually made me feel small. They called my writing trite and whiny, which, okay, sure.

Why would I ever put myself on this chopping block in the first place, I often wonder. It’s a bizarre impulse, especially for someone as critical of the literary scene as I have become. I secretly talk shit about everyone who is exactly like me. As one German reviewer mentioned, upon the release of the translation of my novel (which centres on ambiguously earned fame), my book had almost become a self-fulfilling prophecy. In other words, it looked, from overseas, like I was trying to be that it-girl photographed outside of parties. At one point I did start wearing black turtlenecks every day, until that became very fashionable via a Prada collection, and then later, Elizabeth Holmes copying Steve Jobs.

It’s easiest, in New York, to have a costume. Writers tend to always wear the same thing, like a light-colored suit, or a blazer and jeans, or a Jessica Rabbit gown, at all times, to all occasions. I don’t have one. In fact, the longer I’m here, writing, the more I subconsciously dress like “writer” Carrie Bradshaw’s slightly less eclectic era in the early seasons: curly hair, sling back Manolos, low cut tops in slinky materials cut on a bias, and lots of perfume. It was easy to wear all black until it was expected of me because I was part of the 10-7 (and then cocktails) creative class. I love wearing black because of all its implications, but my colour, I think, is powder blue.

A publicist told me, before my novel launched, that if I had Twitter, I shouldn’t change too much about how I used it. Don’t suddenly alienate followers by becoming a megaphone for your own activities, in other words. I wish I didn’t have any social media, but since I do, maybe it’s considered faux-modest, now, to not repost some of the mentions. These things change over time, and if I don’t announce that my new book can be pre-ordered, I believe some of my friends wouldn’t pre-order it, even if I had told them to, to their faces.

There are different strategies for announcements, reminders, reposts, press links, etc., and we writers know them well, which is why our strategies are the most cringey. They’re over-explained or pseudo-surprised or a little too grateful, showing the mechanism by which the content occurred, pointing to a favour that can so easily be returned. A game of Would You Rather plays inside my head constantly now, imagining what I would say if I had been asked to do the same silly things these other writers have done, simply in the name of promotion.

So many writers do nothing other than write, and their stoicism mesmerises me (in case it wasn’t obvious, I’m only thinking of women writers; the looks and lives of male writers aren’t really of interest to the public unless they’re embroiled in scandal). I speak to some who say yes to everything, some who say no to everything, some who say no to most things, waiting for the big one, and some who forget to check their email for months. I’m not sure which I will be, on October 8, my book launch day. Most likely, though, I’ll be sightseeing somewhere I’m currently fighting the impulse to disclose.

A new instalment of Out of State will be published online every Monday for 8 weeks. Last week, she wrote about confessions and poetry.