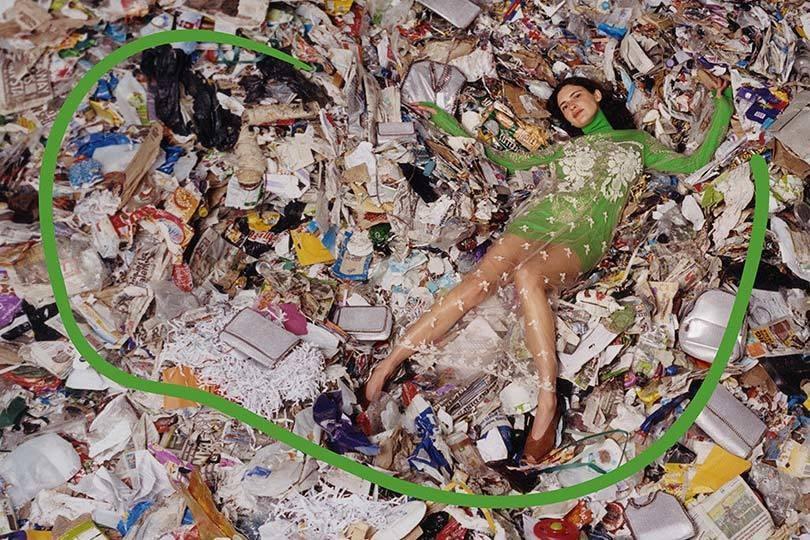 A Summer Chronicle, part 1: NATASHA STAGG is back with her summer column and draws the connections between consumerism, waste, sustainability, and the intangibility of identity

In 1980 the French newspaper Libération asked Marguerite Duras to write a chronicle for them over one year. The pieces could be as long or short as she liked, so long as she wrote every day. Duras said a year was far too long and proposed three months instead. "Why three months?” her editor asked. "Three months is one summer long,” she replied. "Agreed, three months, but every day!" the editor insisted. Duras didn't have anything planned for the summer and almost gave in. But then she suddenly became terrified that she couldn't plan her days as she wished. So she said: "No, once a week, about whatever I want." The editor agreed.

For the last two years, Spike has invited Natasha Stagg to do the same: one text a week, of any length, on whatever she liked. One summer long. For 2019 we wanted to it again, this is her first report.

At a lecture about waste management given by a sustainability consultant, our condition seemed hopeless. If we are going to continue functioning within capitalism (which, let’s face it), there is no point in imagining that individual behaviours will ever change drastically enough to shift the trash tides. But perhaps, in response to our societal addiction to consumption, the way products are consumed could change, said the consultant.

We have always understood that products “built to last” were the most eco-friendly, that large-scale manufacturers of easily destroyed furniture were the enemy. The thing is, as human animals, we move, refurbish, evolve into new aesthetics, update hardware, and send children off to temporary living situations as they mature into adulthood. At every stage, ephemera are discarded, whether antique hardwood, stainless steel, durable Teflon, or not. Crappy stuff and stuff that’s built to last alike is left on the street, to be swarmed by bedbugs, pissed on, soaked with snow, bleached by sun, rusted by rain, swept up by garbage collectors, or, best-case scenario, taken into a new home/resale shop.

A nicer product stays intact longer, but if it’s in a landfill, that’s not ideal. A shittier product will be more likely end up in a landfill than the nicer product, also taking forever to decay, but if it’s made with something slightly more biodegradable, like particleboard, maybe that’s a little more ideal. I mean, particleboard isn’t ideal for really anything, but maybe a more compostable type could be made?

Anyway, the guy was saying that most of these ideas come with cons: something that falls apart isn’t really recyclable, and maybe it leaks methane into the air, and paper bags are still made from trees, recycled paper made from pulp that requires water and energy, etc. But also we just can’t account enough for the demand for products: clothing per season, a new phone per break, a plastic coffee cup per day – who really cares about straws?

Not that I wanted to rant about sustainability. Actually, what struck me during this lecture was the idea that as a culture, we could start to favour items with short lifespans over dependability. It seems related to the other things that characterize the current moment: sort of an intangibility of identity, a disposable subjectivity, succumbing to the singularity. Instagram Stories (the Snapchat model) as opposed to posting to the permanent feed.

If we could spread our own hoards of things and garbage over the planet like cream cheese on a bagel, and if everyone who didn’t have a job became a tailor or a carpenter or a mechanic of some kind, there would surely be enough raw material for everyone to have everything they need forever, even enough to pass down to their offspring for generations.

But that isn’t the problem, really. It’s that we love to shop. It makes us feel good. We also like to receive and give gifts. I sometimes start to think about how awful it is that we are so addicted to spending money and that thought reminds me of the rush it gives me, and I open an e-com website on my phone like I’m lighting up a cigarette. I want to shop right now. I want to buy something that will fall apart, so I can buy it again.

A new instalment of Out of State will be published online every Monday for 8 weeks.