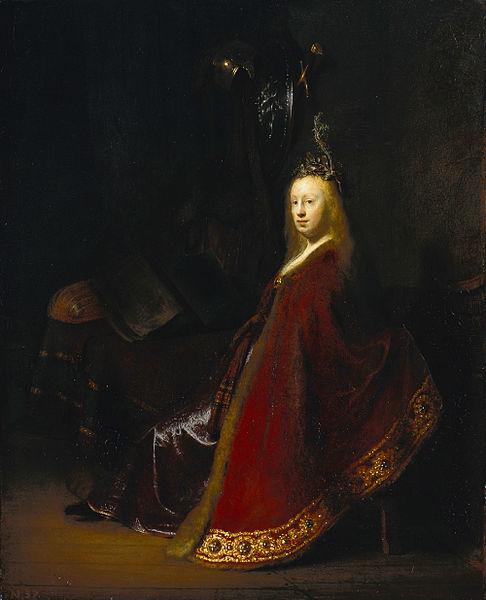 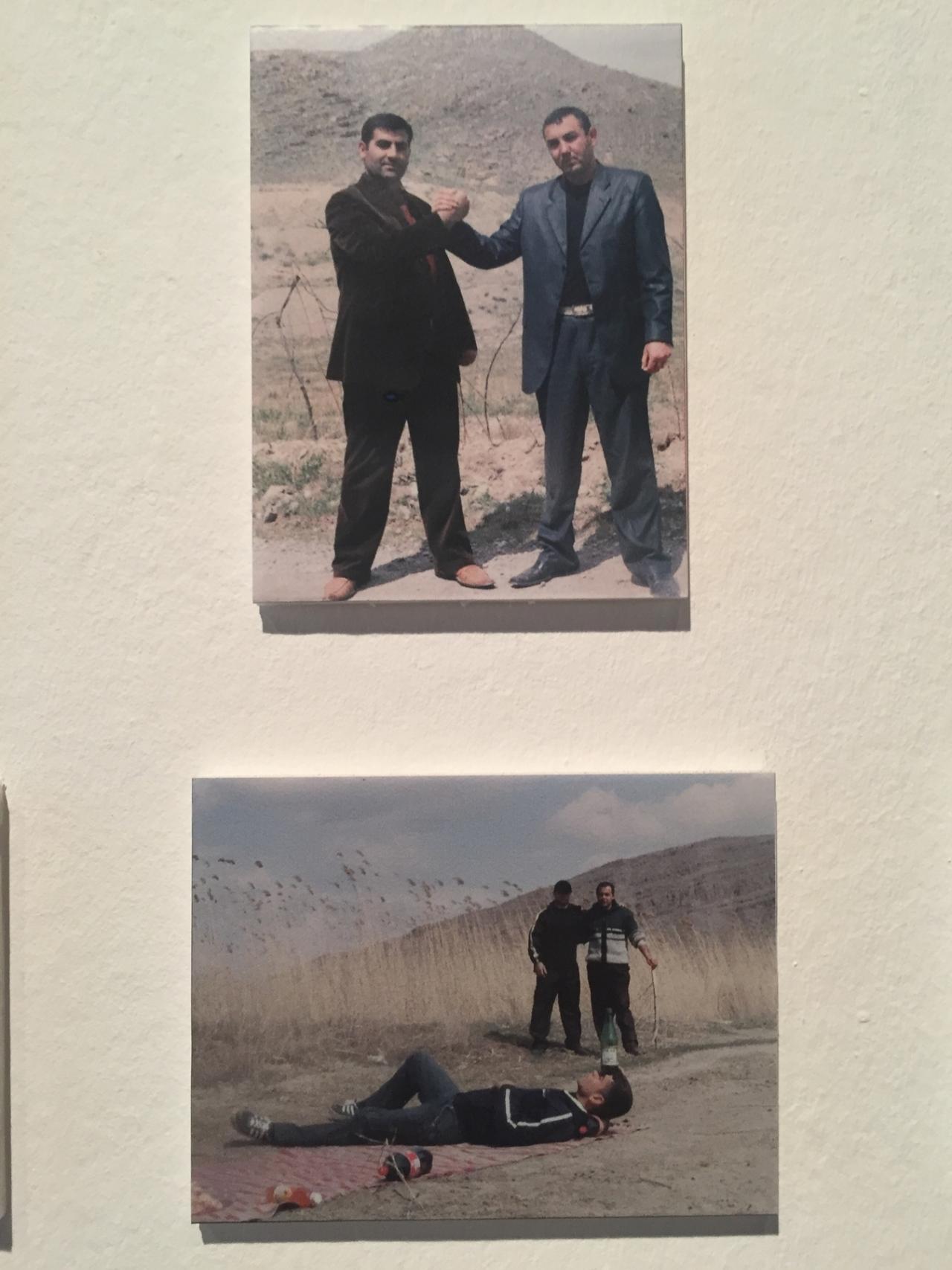 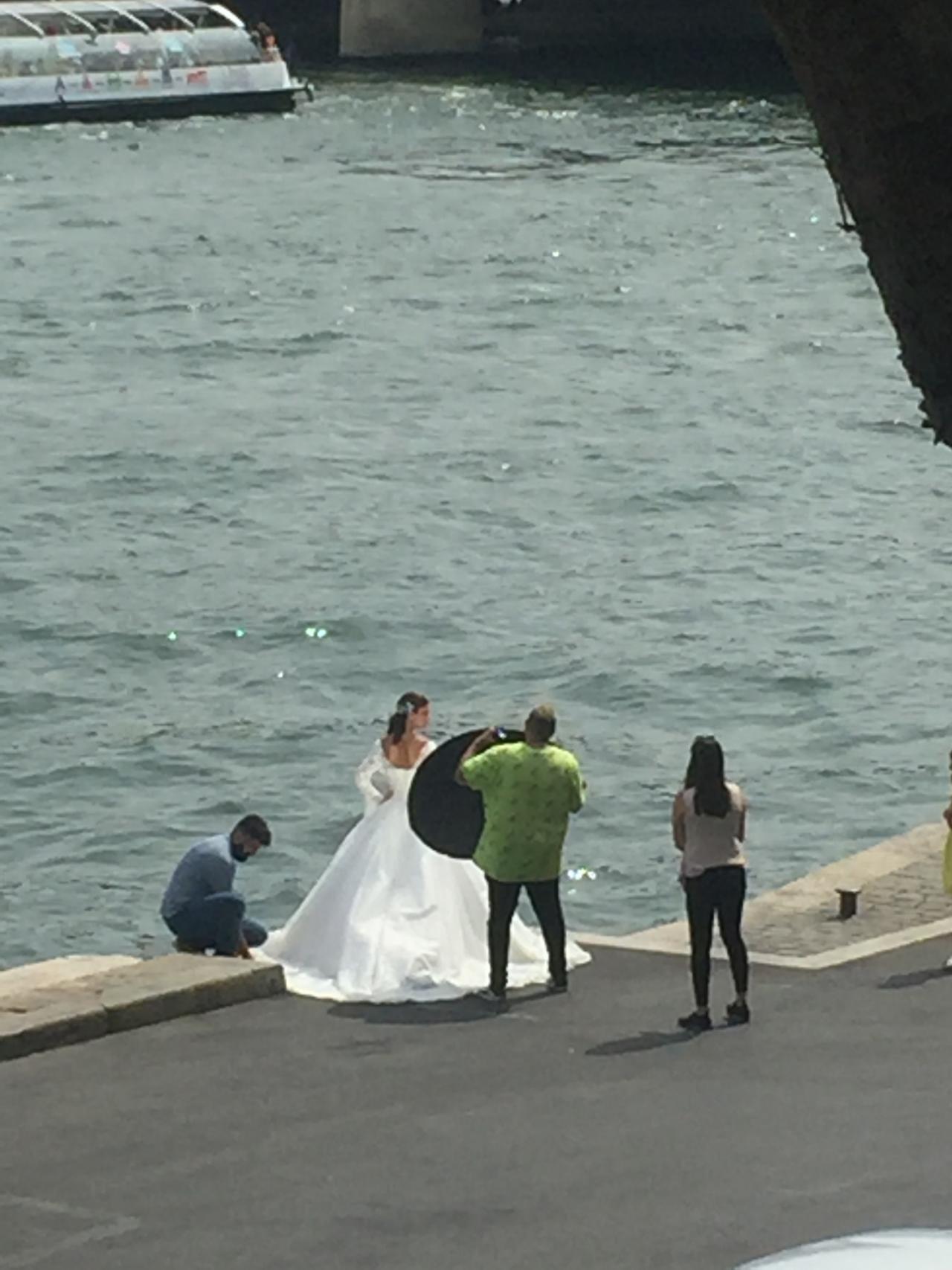 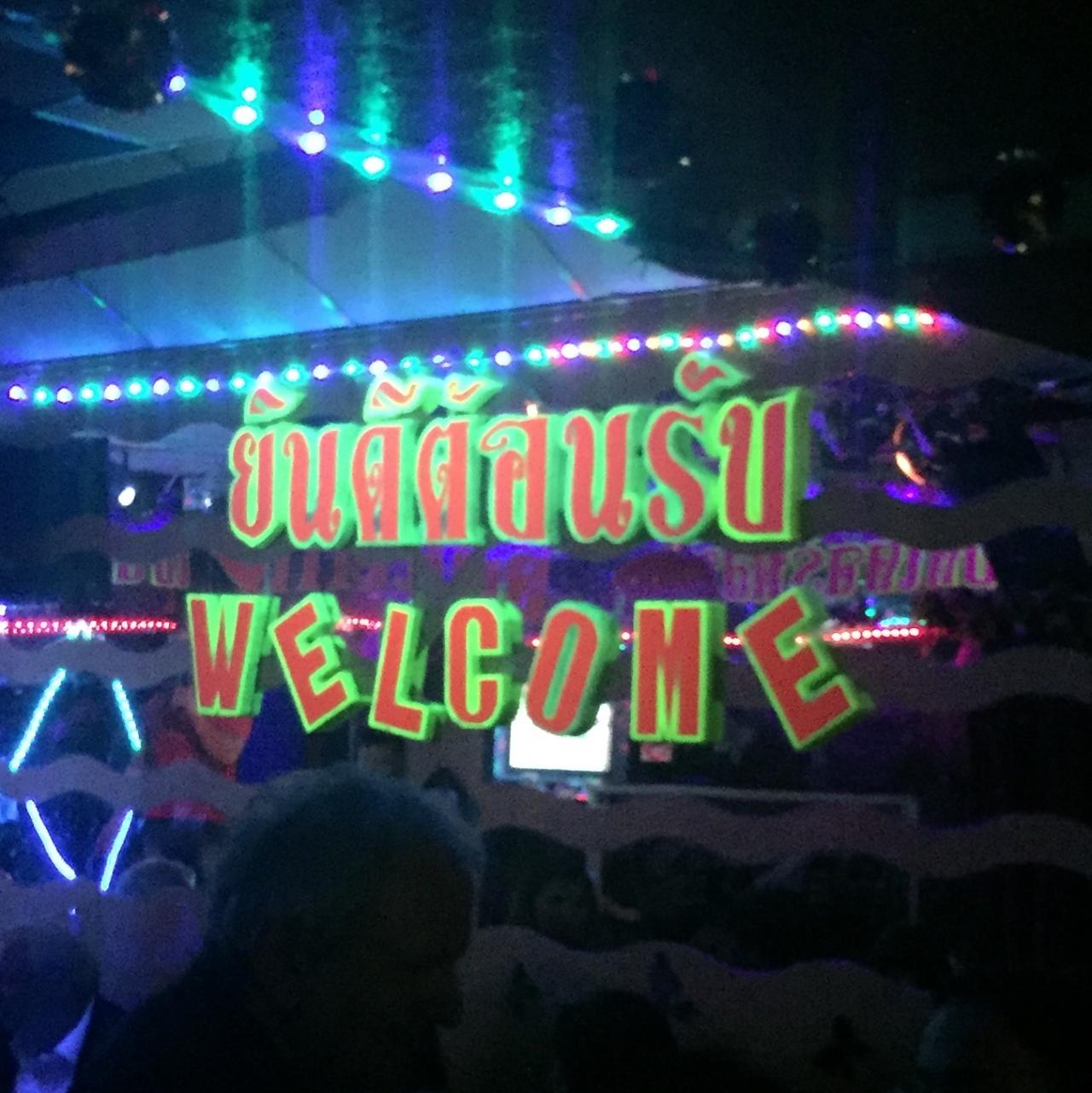 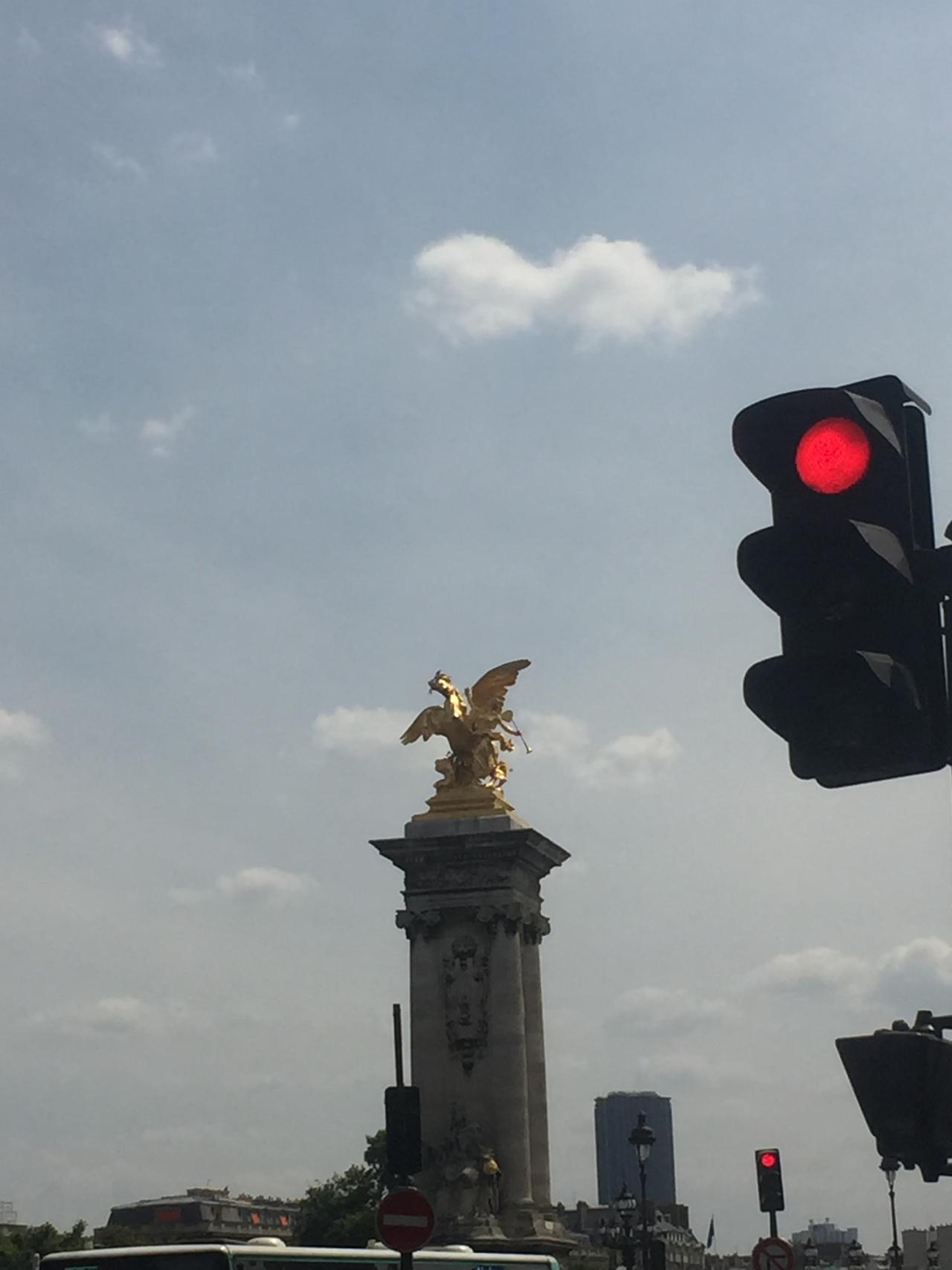 Ruski? Нет, unfortunately. Yashad offered me a cigarette with a tight hollow filter and I sucked it down to the hilt as a bleary blood-rust moon slid back and forth across the windscreen, lint from the clouds struck to it as we drew up to the LED hulk I’d seen from the plane while sat beside the cordial American who had apologised in case he “smelled like a goat”. I had tried to watch a program about automata and other historical tech which so-called changed the so-called world, but kept falling asleep and dreaming of escape from a machine who could read that I wasn’t a real girl.

“Island disc” nodded Yashad as we pulled past the 68,700-seat stadium and then an AZ petroleum station lit up almost as lurid and beautiful, neon pearls in an oily night.

The next morning I took an exploratory fistful of sweet ‘motal’ cheeses, apricots and a knot of rubbery orgu peyniri with my eggs and coffee before taking a stroll to the Bayil promenade. The sun was already high as a salt wind hummed over the top of my water bottle and shards of light smashed into the dust, dispersed by the water. Materials with higher index of refraction values have a tendency to hold onto the absorbed light energy for greater lengths of time before reemitting it to the interatomic void. My days would be neatly arranged into tours, excursions, meetings and lunches.

But at night the children played in the Dənizkənarı Milli Park until almost midnight and pregnant women strolled slowly arm in arm down its boulevards, each body casting watery shadows that swam together beneath the trees. Along the waterfront boys on LED rollerblades bled past and their colourful lights melted into the black Caspian shine as I remembered staring into strange waters elsewhere: the Hudson, the Spree, Kowloon Bay and my own filthy, light-smeared Thames. Other kids whirled aboard luminous hoverboards and scooters, or batted balloons like plasma orbs; electric tinsel sprites. Cops muttered at them to slow down in voices heat-tired to gentle. I had woken up in the hackneyed fever dream of every travel writer: couples sighed, women stroked their hair and laughed, children screamed their freedom.

Across the road: Dior. Bvlgari. Tiffanys. Cinnabon. Zaras and Berschkas soon followed Pandoras and the Hard Rock Cafe like bacterial bloom. A woman like a racehorse clopped by in cork stripper-silhouette red bottoms and a dress like a tongue, hair ruler-pressed down her back. I was in mall-land with money in my pocket and, noticing again the smell of oud spiked with urine, I dipped into a fragrance parlour and bought the cheapest, nastiest, closest thing I could find. Very good, the man who sold it to me said, Black Ashtakam. When I put it on my wrists a few moments later the skin burned and I swear an errant blood vessel broke off from the main trunk. Very good.

I drifted largely unnoticed. If there were glances for the sallow girl in the button-up shirt I didn’t catch them.

One evening I drank a glass of wine that tasted of rubbed-out pine needles and watery honey and saw the night turn. Orange and yellow dazzle on the stonework all acid jús lucozade-retina vision. A bloodstream full of black ashtakam to the brain. At the next table a man told his companions “every place is different, every person is different” convincingly enough in his smashed up accent that I knew he was chewing up the truth.

I’m on the train into Paris and it’s dark and it’s hot here too. Another big slice of moon hangs fatly in the sky and I roll my eyes around the carriage. Everyone is toned and shaved and oiled and powdered like we’re all sitting under the rolled glass of a delicatessen’s counter. At Sevran Beaudottes a group of beautiful teenagers are running along the platform edge. A girl no more than fifteen has black hair that swims the air and her friend has a wiry goatee and a coral reef of silver and gold in his ear and they’re all jabbering summer as they cluster around a handrail until something starts to happen and then they all peer anxiously over, the five of them suddenly one long stare.

A friend in Berlin told me over breakfast that people in Paris have grown kinder since the terror attack. That there is more care when a city is careful.

A high-end Pitbull with nice arms and a spare layer of navy, v-necked skin is turned away in the seat before me, gesturing at a pile of gold and brown braids and a mustard cardigan one row back. I’m underwater but her movement suggests she’s crying and I pop an earphone out cautiously, assuming I’ve missed some romantic altercation while nose-deep in Notes App scratching a text together. They seem like an odd couple. She’s high street blowsy and he’s Davidoffs-beach-tequila-Grindr.

I brace up. It’s familiar now, fear-not fear. When I was younger it was easier to dress it up in other people but now I’m alone and there’s nothing to do but breathe the familiar prayer that things don’t fall apart, just this once, once more. But the teens aren’t staring at him. They’re locked firmly onto her and creased in concern but not primed by that specific terror of something spilling over into their private, lean-limbed world.

The woman moves her chin slowly up and down, her chest fighting back and forth. Monsieur Worldwide turns to me and says something I don’t catch but am certain is a question. At first I think he’s asking “you see this, right?”, but then he makes a motion with his hands: thumb hooked but out, then straightened fingers hinging it closed. Pump, pump. She’s having an asthma attack.

Later I walk past the Cafe Madeleine. Paris still smells like expensively cologne-brined stone. Some twisted silk magnolia glides by trailing a half smile. Another of those little boats against the current, borne back ceaselessly into the past.

Happiest inside a metal tube. Cut off but not alone in a company of strangers. Nowhere to go but death or destination. No interruptions, only the sun dribbling down a window-pricked wall and X number of souls. Whenever some gust tickles the belly of the plane and the seatbelt light comes on I think of what I’d give for one more day.

But there are other moments on the ground I’m bargaining for too. Something like this walk under a hazeglow denim sky, a line of 11 swans adrift down the Maybachufer below. All the way there are plastic bags adrift, bottles, polystyrene boxes, paper, even a smashed pineapple all spread across the pavement. Distillate of the night that’s gone to rest.

Later, on rails again, a glimpse of Victory cut against the grey wash of a storm-filled sky and feeling my heart squeeze in my chest. Nächste Stationen: Tiergarten. Whenever I try to write fiction there’s no plot. It unravels and nothing happens. All the characters go home. But I wonder if the molten angel burning a hole through heaven can see that all these Nothing Ever Happens are pocketed with other moments in which something does.

On one of my last days I stand and look for a long time into the occluded study of Rembrandt’s Minerva (1631) trying to understand what’s there: a desk, a globe and a dark book which might be blank, a mirror or odd window and the hilt of a sword, perhaps. I peer into the uncertain glassy space: a hooded figure or a ship and one tiny prick of light, a moon or a sun in a dark world. The skirts of her cloak are distractingly gilded into crashing folds while her crown of laurels could be black coral on fair hair foam or sea mist above a sickly gibbous moon. An emblem of erudition and peace, victory in quietude and, once again, light dashed across strange, oily waters.

Ella Plevin's column Now Zero is published once a month. Last month, she wrote about scobies and narcissism.

A bride on the Seine

One of the Pont Alexandre III’’s ‘fames’ or rumours. In Greco-Roman mythology Pheme or Fama was a gossip with “her feet on the ground, and her head in the clouds, making the small seem great and the great seem greater” and lived in a home with 1000 windows so she could hear all being said in the world – at least according to her acolyte Virgil