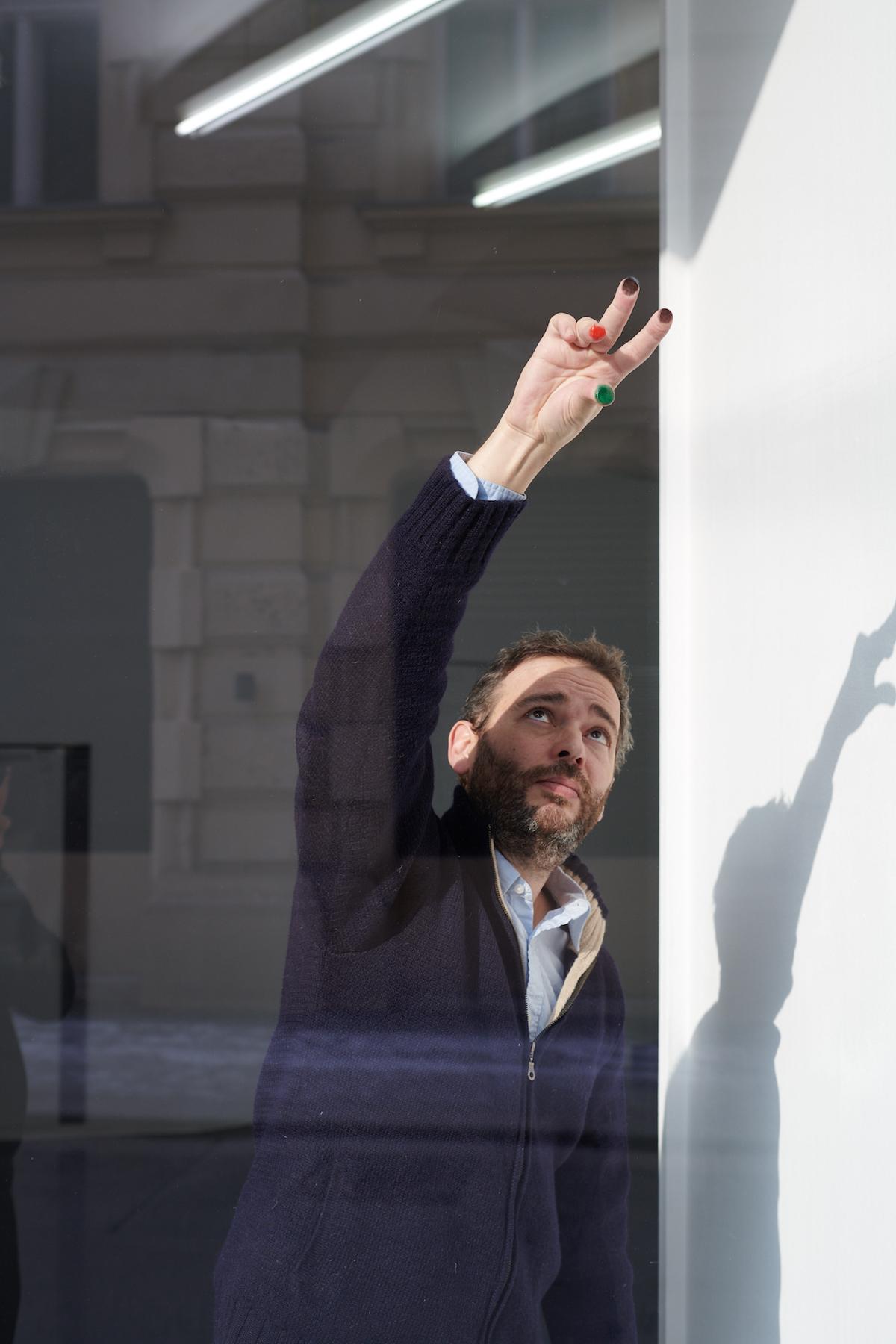 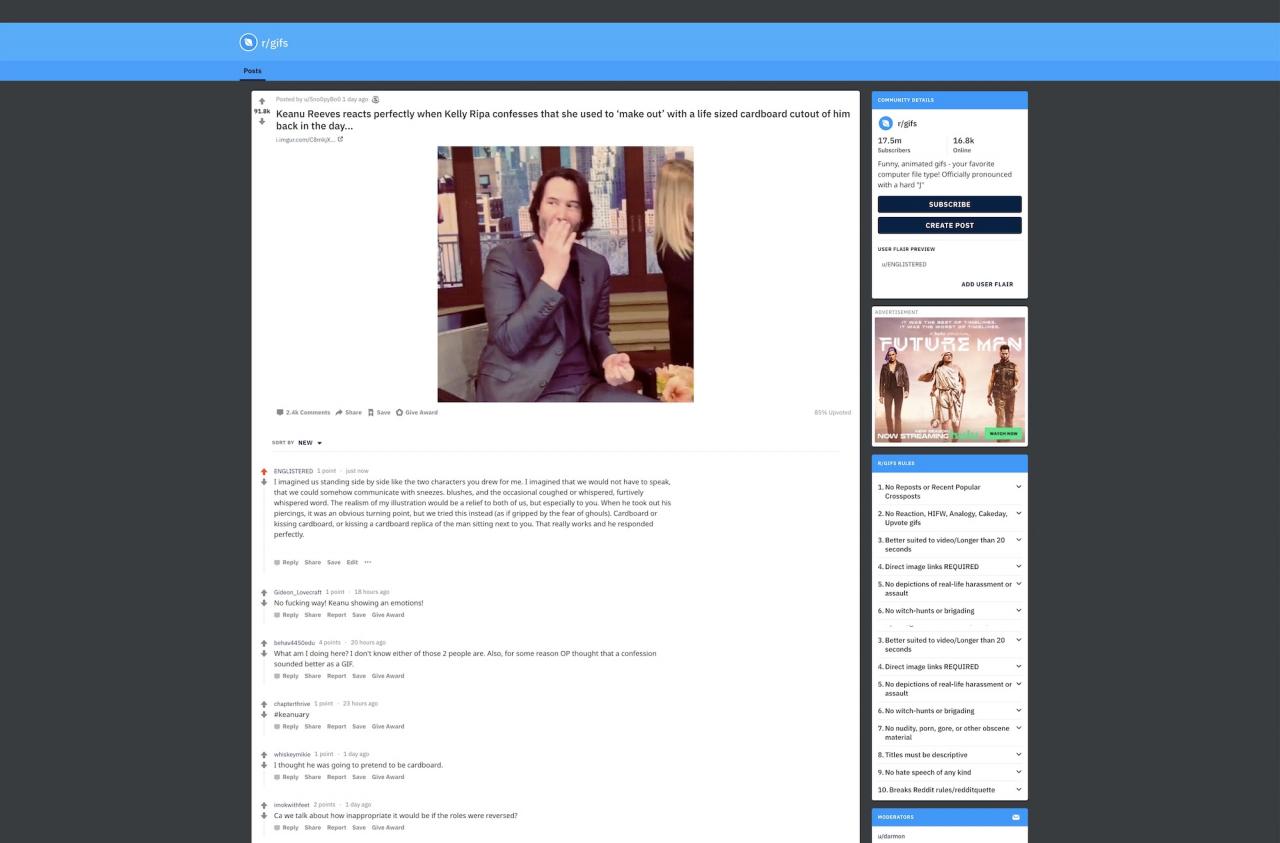 Today the New York–based, Paris-born artist Julien Bismuth opens a new exhibition at Galerie Emanuel Layr in Vienna. During the installation earlier this week, he took a break and met up with artist and writer Christian Egger to talk about stopping conversations in online forums, the horror of facing entire webpages, and the value of limitation.

Christian Egger: We are in your show “Stücke”, a title that could be translated as parts or pieces, which consists of two series of works. One is based on various communications you initiated on different platforms on the internet. Could you give a short introduction to this project and how it took the form of the artworks in this exhibition?

Julien Bismuth: For the past three or four years I’ve been going to different parts of the web – the comment sections of an article, chat forums, discussion-boards – and writing there, just as a way to generate text. I would often borrow parts of phrases or words from surrounding texts, like advertisements, articles, postings, and other comments. I put them together and started writing texts that were closer to small prose poems. The only time I have shown them was in issue 32 of ztscrpt, the magazine of changing fonts. What interested me about these pieces is that the internet is often defined as space that is killing reading and literature, but if you think about it, it is actually a space of frenetic reading and writing. So when you write, as I did, something a little longer, a little more ambiguous, a little more mysterious or enigmatic in terms of the content, all of a sudden the conversation either stopped, or the text would get erased from the forum, or I would elicit confused or interrogative reactions. The works in this exhibition target very specific websites, very specific types of discussion forums, and very specific types of public interactions on the web.

As an author you’re still present in a way, but as people come into the show and are drawn into the texts, could one think of the gallery as an extended comment section?

Oftentimes in the past when I had a text in an exhibition, I printed and placed it separately, because I think a text is something you should be able to carry with you and read in different places ­– on the subway, at home – and also re-read several times. This is one of the few occasions where placing language on the wall didn’t seem problematic, because it is both language and an image.

I think that’s a crucial point.

The limits and borders of this dialogue are porous. Having shown the works to people who are coming by the gallery, some of them really read the text and others look at the page and talk about the page. I think both are interesting perspectives, because for me, and probably many visitors, this is the first time I’ve seen an image of an entire webpage. What we usually see is a fragment actually, a piece, a part, a Stück, of a webpage; we never see the whole thing. When you see an entire webpage, it’s both fascinating and horrifying.

It actually reminds me of a fax!

Yes, exactly, it does. Or when you see a 70s movie and the journalists use this kind of teletypewriter to print the news. In a way, the internet is like that. I think it’s Giorgio Agamben who says the problem with reading on the internet is that reading is the most productive when you have the limit of a page, as it frames your ways. This limit is even helpful for your memory because memory is very spatial. Once we have a border or a limit we can remember something.

So where does the other series fit into everything?

Those works are a kind of a continuation of something I did last November for the 14th Cuenca Biennial in Ecuador. I made these pieces that are called pedazos, which means Stücke in Spanish. I silkscreened phrases to make posters and installed them in a courtyard outside of one of the exhibition venues, because the biennial is all over the city. Then I hung the posters throughout the city – not just in the centre, but also the suburbs and outer city limits. There were two or three longer texts, but most of them were just enigmatic, fragmentary sentences or phrases, no punctuation. For example, one of the phrases, all of which were translated into Spanish, was: “translation is a horizon.” Others were: “imagine all of this differently”, “just a metaphor”, and “a headlight grounded in darkness”. The last one, for me, was a metaphor for attention, of how we focus our attention on something, but you can read it however you want.

The pieces in this exhibition are a series of text that I put on the wall. They have a similar logic, but of course this is a different public venue; these are not the streets of a city, it’s a gallery. But there are three pieces that are accompanied by something else. One piece consists of the phrase “a work that spreads rumors about itself” and that’s a work I started making in 2015 through a strange set of circumstances – I started spreading rumours about myself. In fact, what happened is that a rumour spread that I was making a work which consisted of a rumour. This work is now circulating and even made its way back to me last year: someone told me a story about this work that I made that was a rumour. So the rumour exists and is installed somewhere in the world. The second and kind of companion piece to that is a single phrase: “a work that lies about itself”. This is a work I started doing this year with the help of someone else, because rumours and lies are the most effective when you’re not the one telling them.

So you’re demonstrating various methods of communication that you’re into right now?

In this exhibition I’ve tried to address some different modes of reading and writing in a very minimal way. I think that is something I’ve been trying to do for a long time to show that language has become a very important medium in visual art ­– ­­­not just as something that accompanies visual work, but as something that people use. What’s interesting about language is all the different ways you can interact with it both as a reader and as a writer.

JULIEN BISMUTH (*1973 in Paris) works and lives in New York.

CHRISTIAN EGGER is a writer and artist. He lives in Vienna.

*Four fingers of the same hand, held to match the placement of the artist’s eyes, nose, and mouth, colored with blue makeup, and pressed against a surface in the room. The work can be installed by the artist or someone else. The fingerprints can vary, but the proportions must stay the same.

Julien Bismuth
Standing side by side like the characters you drew for me (2019, detail)