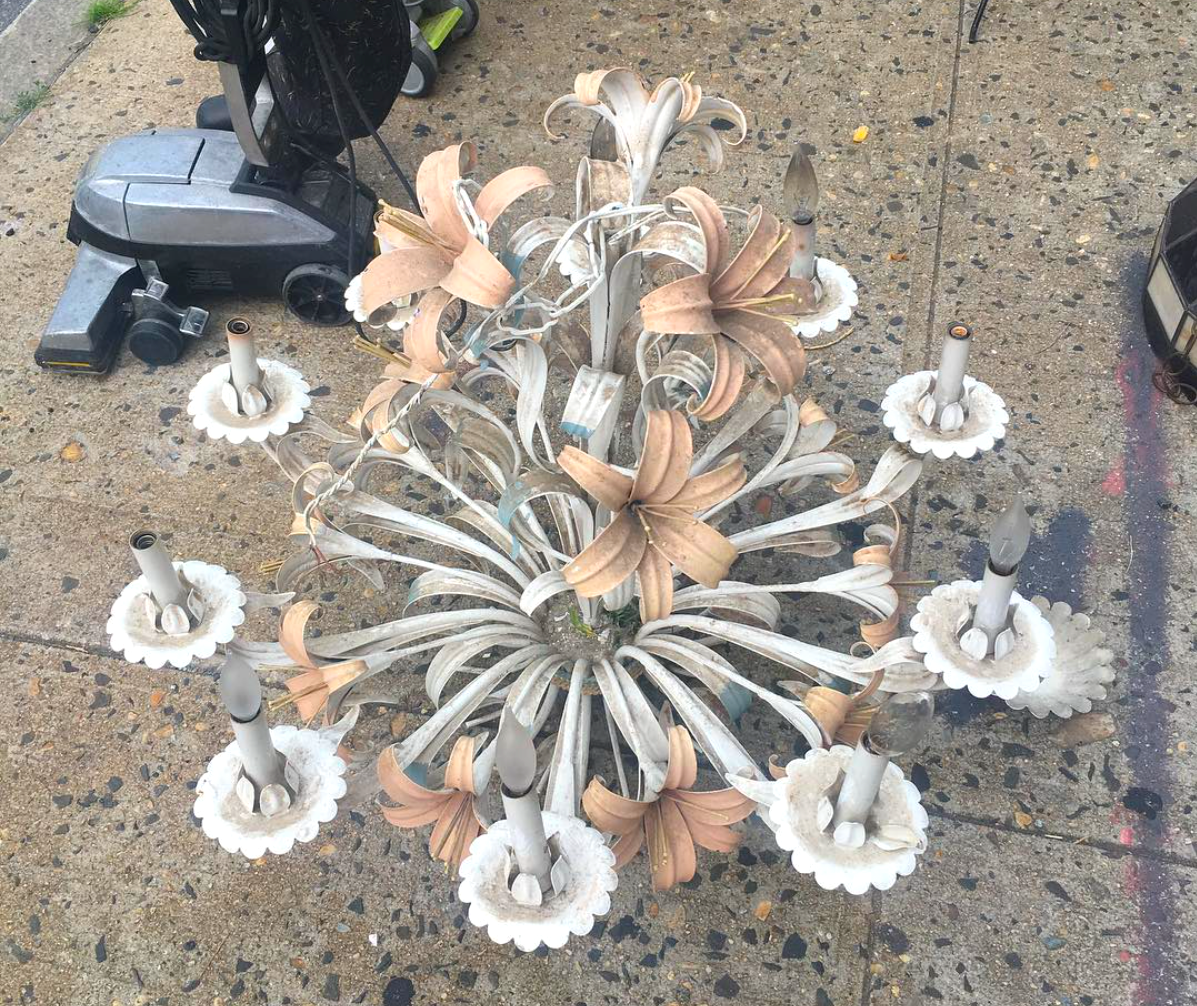 I often get into tense conversations with women about catcalling. I wish it happened to me more, I say. No one can really argue with that, can they?

I’ve been alone a lot this week, with so many of my friends out of town. I go to the beach, the park, the grocery store. I bought a chandelier on the street and don’t know how to wire it.

My close friend, C, just moved here. “I wonder if you’ll like him,” I say to D. “He’s pretty polarizing.” We’re on a roof on the 4th of July, holding hands and watching the fireworks. Right after the finale, C arrives and the three of us go to a bar.

A couple days later, I’m at a movie theater with D and some of his friends. “Didn’t you like C?” I ask. “Yes, but I can see how he’s unlikable.” I tend to befriend that type, I say. D’s best friend looks at D and then looks at me. “Me too,” he says.

A while ago, I was interviewed for a series on “favorite parties.” I was asked to describe the best party I can remember attending. Over the phone, I said I went to the Matador Records 21st anniversary party at the Palms in Las Vegas in 2010. Almost every recording artist on the label performed at the theater there over the course of three full days. I must have driven up to Vegas alone, all the way from Tucson, through the flat desert, over the Hoover Dam, and onto the strip.

To the German interviewer, I described the strange mix of people staying in the hotel. We ran into old rockers in the elevator, saw the younger ones freak out, did drugs in the rooms, drank bloody marys by the pool, gambled, won. I was invited by Harlem, a band I’d “roadied” for. The room we shared was on like the twentieth floor. I can still remember the grey light coming in through a huge window overlooking that hot, crawling city.

When I drove home (with C) we hit torrential rain so strong I couldn’t see ahead of me on these winding mountain roads. As I told this story to the interviewer, I said that the whole experience, looking back, felt metaphorical, as stupid as that sounds. It was the end of me going to school or touring with bands or living in Arizona or partying for days. I’d broken up with someone, too. And the storm was like that part of a movie that flips everything (I’m imagining the wedding scene in Robert Altman’s Dr. T and the Women).

When the article was published, all the details were left out: the names of the bands that played, what drugs I did, the guys who invited me. The party sounded like a generic Vegas weekend, which I guess is cool, too.

I did have another semester of school left after that, but it wasn’t like I took grad school seriously, even the teaching part. But when I start to think about it, maybe I haven’t taken anything seriously since then, or even before that.

I’m looking at the cover of Forbes that predicts Kylie Jenner to be the world’s youngest “self-made” billionaire and thinking “self-made” seems pretty relative in this context and also that she must have to convince herself that she deserves this title, which would be impossible, I’d think. She and her family must repeat the words “worked really hard for this” to one another a lot. Have I worked really hard for anything? It’s entirely up to me to decide what “really hard” could mean, I think.

I’m not as interested in reality shows lately. I watch a lot of old movies instead. I think that means I’m satisfied in one area of my life. That sounds right, but I don’t know if I feel it.

My new apartment is mostly pink, with a sea foam blue bathtub big enough to completely submerge in. Dark green plants are all over the front room. We installed custom bookshelves in the library.

If you were rich, would it be better to have people think you’re not, or know the truth? Now switch in the word “poor” for “rich.” Would you rather go to the best restaurant, or the fanciest?

Last year Spike invited Natasha Stagg to do the same: one text a week, of any length, on whatever she liked. One summer long. For 2018 we wanted to it again, this is her third report.

NATASHA STAGG is a writer based in New York. Her first novel Surveys was published with Semiotext(e) in 2016 and is coming out in German from Edition Nautilus later this year. A new installment of Out of State will be published online every Thursday for ten weeks. Last week she wrote about the consuming nature of jealousy and her greatest rival.