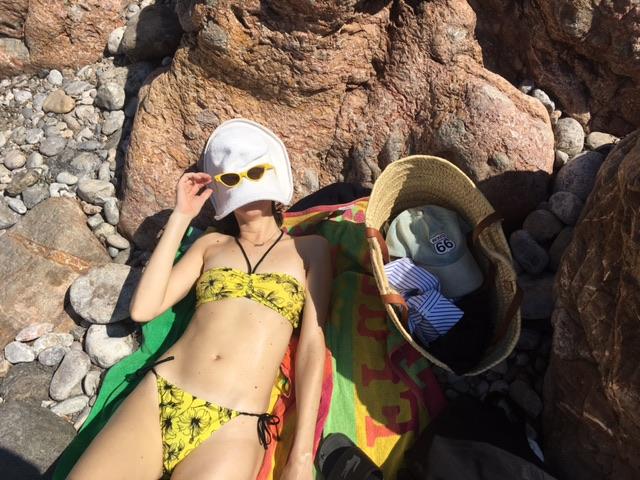 I never rely on the kindness of strangers. I assume, for the most part, that everyone is trying to get something out of me – me, the one with so little to give. I’m cynical because of what I study (marketing, celebrity, influence, etc, ugh) but also I study what I do because I’m cynical. In my daily life, I see mostly bad behavior. It’s my fault, though. I’m lazy and look at what’s shown to me, which is a lot of trash, stupidity, and attention-seeking (not that I haven’t displayed the same behaviors myself, likely more so the more I consume them). The exemplary behaviors are less noticeable, since modesty is essential to that equation.

On Monday, I took a red eye from Newark to Reykjavik to Edinburgh, and then a cab to Glasgow to stay at a friend’s apartment during a 9-hour layover. Alex wasn’t home, but his roommate was made aware of my arrival and had coffee and croissants waiting. After a shower, she took me to her favorite charity shops, a classic lunch spot, a cute junk store in an alleyway, and a beautiful park. My body tingled with jet lag but I could tell that my relative silence was not being judged. The sky was a perfect grey marble.

Back at the apartment, she’d arranged a ride back to the airport for me. On time, another stranger drove me the 45-minute distance in exchange for the cost of gas. Sheep and cows and shaggy horses dotted the rolling hills, all of them stoic and almost regal in comparison to American livestock. They looked softer, darker, and moving in graceful slow motion.

I kept looking for the catch. Did either woman want to know more about living in New York? “I could never,” said the Scottish native. “Too many people.” “I’ve noticed something about people who live there,” said the Russian. “They have a way of always needing to hold your attention.” My work? “Alex said I should interview you, but I can’t understand what he meant by that,” said the artist (she did anyway, about whatever I’ve been thinking about lately). “I’m sure you could write a movie if you tried it,” said the makeup artist, who didn’t even know Alex. I have a bound copy of the artist’s dissertation to read on my way back from Europe.

Later that day, in Palma, Mallorca, I was picked up by Chris on a rented scooter and driven the hour-long distance through mountains to a friend’s cliff-side house. I always learn, from hanging out with Chris, what doing favors for people can do for you – a favor that costs you nothing but means more than money to someone will generally result in the inverse later on. I’m not religious, but sometimes I wish religion worked: that everyone was so charitable, because they had to be.

Instead, I’m so used to being taken advantage of, I can’t believe when someone I’ve never met goes out of their way to make sure I’m comfortable. Throughout my trip so far, I’ve had to block messages from a stranger who feels I owe him something and has tried multiple outlets to let me know it.

This is a more familiar exchange to me. No, I am not for sale, I insist, I owe you nothing, I told you. And then I get ahead of myself, wanting to know why it seems like I could have been, or wanted to be. What have I done that made you think I was a whore? Oh, that? What was the original question, again?

I can hear the gentle waves from my window. There are no bugs and it isn’t humid or too hot, but I’m still in a bikini from when I went swimming and snorkeling in the ocean and laid out on the rocks smoking rolled cigarettes and drinking lemon soda that tasted better because of the sea salt on my mouth while watching other people jump off of our cliff. The fish restaurant overlooks the cove on the other side. Our house is pictured on a postcard we found in town, the only building in the photo.

The books in this house are all the classic novels I’ve always wanted to read and the food in the refrigerator are all my favorite snacks. It’s like when, as a kid, you’d describe the hypothetical best day to your friend, asking if they would rather live that every day forever or go on just one single date with their crush.

You have to choose just one, we’d say, the subtext being that if you didn’t choose the date, you didn’t love him like you said you did, which means you were not an adult, capable of romantic love. Logically, the crush would have to disappoint you in some way, seeing as there would not be another date.

I still don’t know the answer to this ultimatum, I guess. I want to believe people are good, since so many are. I want to go on the perfect date with my crush and live it again every day forever. I want to be a good person, to which good things like this happen, and I don’t want you to be jealous of me or feel like I owe you something more than what I can give because I want you to love me like I love you and be happy like I am.

Last year Spike invited Natasha Stagg to do the same: one text a week, of any length, on whatever she liked. One summer long. For 2018 we wanted to it again, this is her fourth report.

NATASHA STAGG is a writer based in New York. Her first novel Surveys was published with Semiotext(e) in 2016 and is coming out in German from Edition Nautilus later this year. A new installment of Out of State will be published online every Thursday for ten weeks. Last week she wrote about #paypiggies, #walletrapes, and turning the bank account into a sex organ.