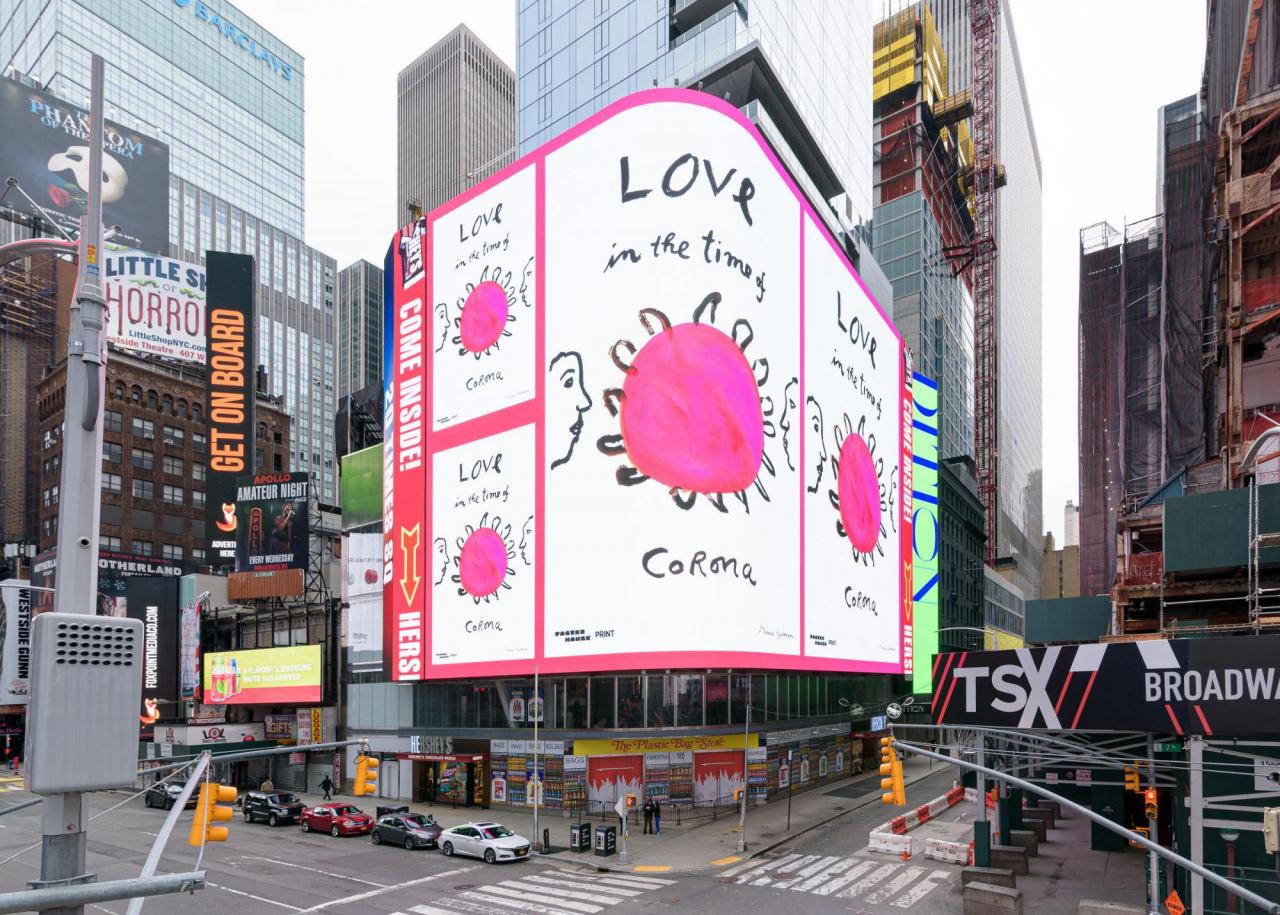 I’ve started recording my therapy sessions on my phone, since we started going remote. I sit on the chaise lounge in my apartment, Zooming my therapist on my laptop, but for some reason I never recline. I’ve been seeing the same therapist for three years. She lives in New Jersey and I don’t know anything about her. I hear a child in the background of our session and am truly taken off guard.

Ever since the first day of the looting, a near-constant stream of fireworks has been erupting around my apartment every evening and into the night. Conspiracies around the intention of so many fireworks – set off all over the city and in cities all over the country, fired one at a time – are swirling. Everything these days is a distraction tactic. I suppose fireworks have always been that.

You would think companies would stop their third-party branding projects at a time like this, but in fact these objective design firms might be the most important teams to hold onto, image being so vital when everyone is mostly accessing things to buy via screens.

That whole idea is depressing to me, that brands must prioritize branding, not product, in precarity. That so much time and money goes into rethinking an image, just because the image might not seem capable of handling a situation. Now, it’s more like two concentric situations:pandemicand civil unrest. I like these soft little terms for these massive, complex issues. At work, we had to rebrand ourselves, too. I mean that in every way you can read it, I guess.

I walked to Times Square at the beginning of our quarantine to see it empty, but it wasn’t quite empty. Photographers wearing surgical masks had staged professional cameras on tripods, trying to get that perfect shot of an empty Times Square, while ducking away from the outstretched hands of homeless people. I watched a guy who maybe wasn’t homeless ask for directions to the train station entrance. The photographer told him to get the hell away from him, treating the whole place like a zombie apocalypse, living the fantasy.

Amidst ads from frozen vegetable and teen underwear brands telling us onlookers to go home, it appeared that some opportunistic artists had tried to rebrand Times Square as a gallery, advertising space having become more affordable.

These flashing artworks – calls-to-inaction in the form of pencil drawings by big names – were not more beautiful than the typical Times Square ads, though. Each of them seemed to be saying: What if thiswere here, instead of, say, an ad for Coke? I don’t see how they’re not the same thing.

The relief that I feel when I am let go of a branding project should also feel like guilt because I can’t recognise my own resentment until I feel slighted enough to have it be revealed to me.

I’m trying to take in a lot of information about changing the world in easy ways. I don’t trust anything, totally. It is not easy to change the world, but people like to say it is.

I keep hearing things like, “it’s not difficult” – as in the solution to the problem of systemic racism in America. I hear ideas about hiring more people of colour in offices, especially advertising ones, followed with: “it's honestly that simple”.Which is not at all dismantling a system, or even letting a system rot, letting the raw core show through. In fact, it is reinforcing one, involving mistreated people in the industries who have mistreated them, continuing a cycle of abuse. The NYPD, for example, is a pretty diverse team.

Anyway, even if culture-production industries were more accountable for insufficient hiring practices, there’s the problem of environmental impact, the pressure of high-speed consumerism, and the projecting of unrealistic lifestyle to deal with – selling culture back to the kids who invented it at a premium, etc. Branding doesn’t protect you if what you need protection from is the brands. Or the cops. Or brands in bed with weapons producers, or whatever.

My job is to make things seem different than what they are. And I want to do my job, because I’m good at it, and I want the money. I love brands like I love people. They did all start out as people, you know. Brands protect me, when they pay me. I also want to do good, but I am sceptical of most do-gooder agendas. I want to sound like I care, but I don’t want to sound like I think I’m not complicit in white supremacy, or like I’m trying to get atonement. I can’t get atonement if I’m not going to stop working, right?

How do you live in a moral grey area? my therapist asks.

But, as Blair McClendon writes, for n+1, the writer is complicit in greying the morals, by way of his own obsession with the story:

“The storyteller…is perhaps too seduced by nuance, seeking outliers that complicate a simple picture…In order to make the edges hazy, to follow through on this fetishization of nuance, the storyteller is forced to make structural questions into existential paradoxes. Thus the preoccupation with the black cop, who is frequently presented as a tortured figure divided against himself.”

It might be helpful to imagine this moment as less nuanced than others, with no easy answers, just one difficult one: police abolition. The fireworks going off might be some covert tactic that prove to those incensed by them that if cops were gone, chaos would reign. In truth, though, the police cannot protect the city from its own lovely display of harmless, illegal explosions – much less our real fears.

A new instalment of Out of State will be published online every Thursday for ten weeks. Last time she concluded her summer column on an ambivalent note, reviewing Richard Linklater’s Where’d You Go Bernadette.