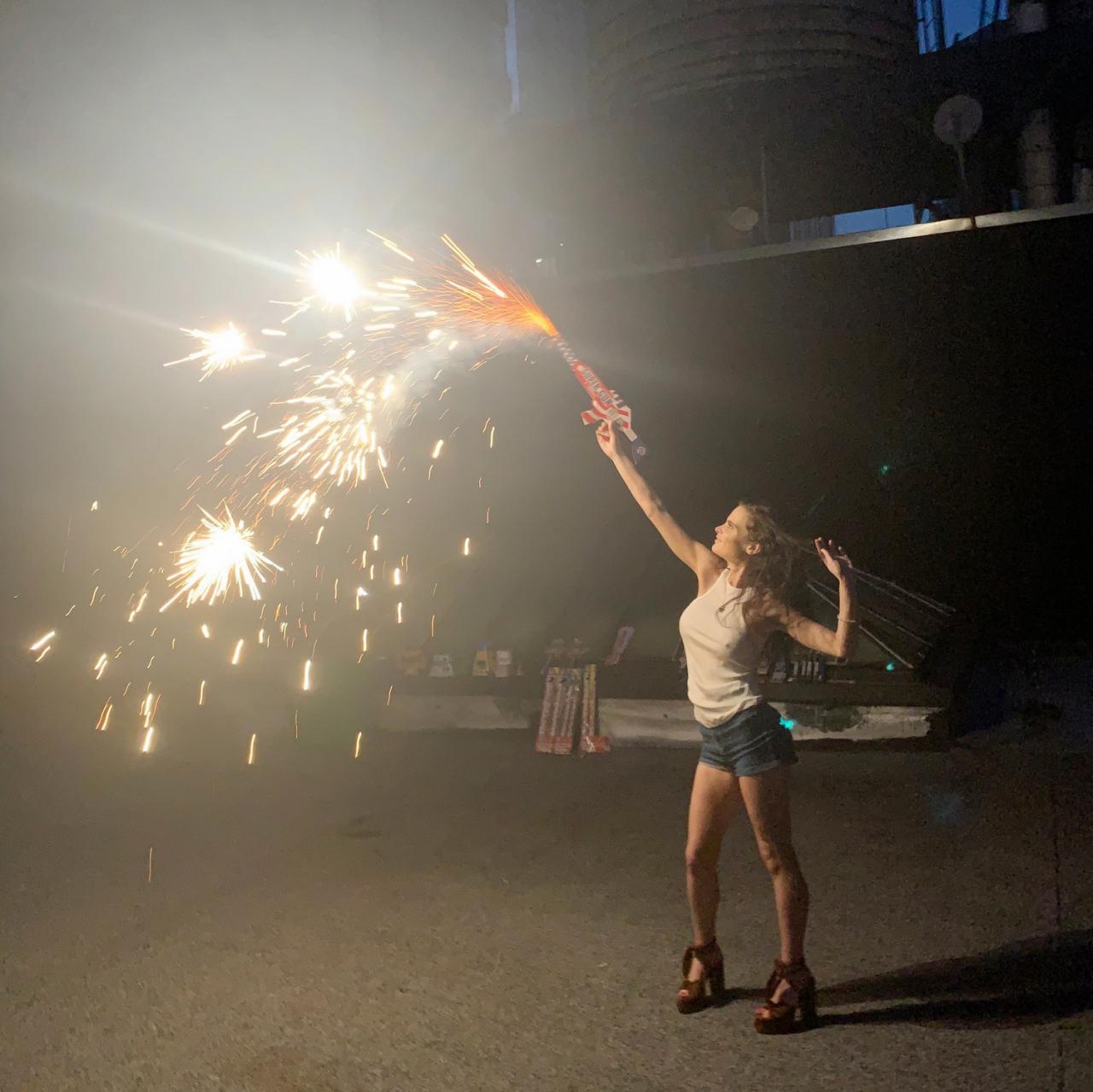 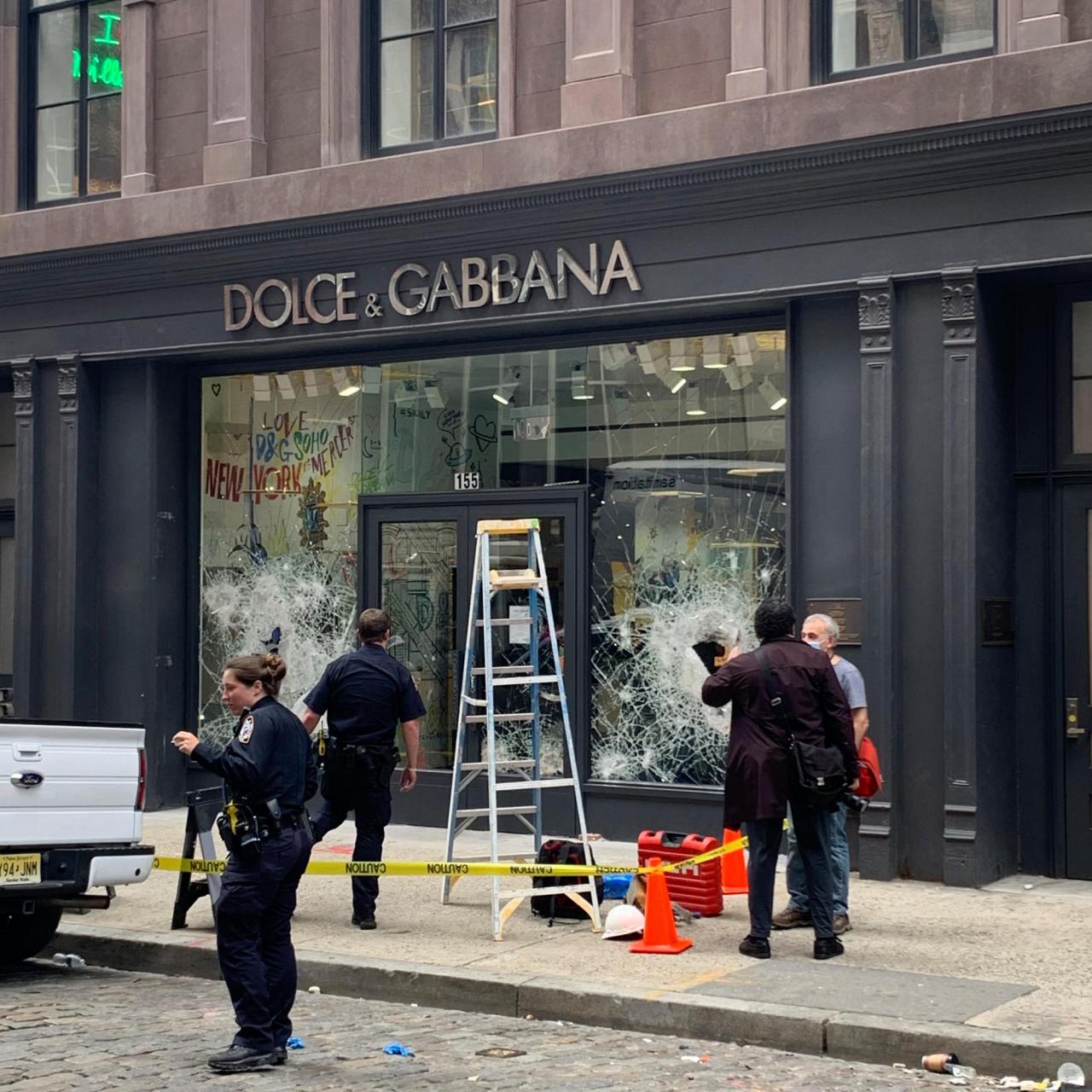 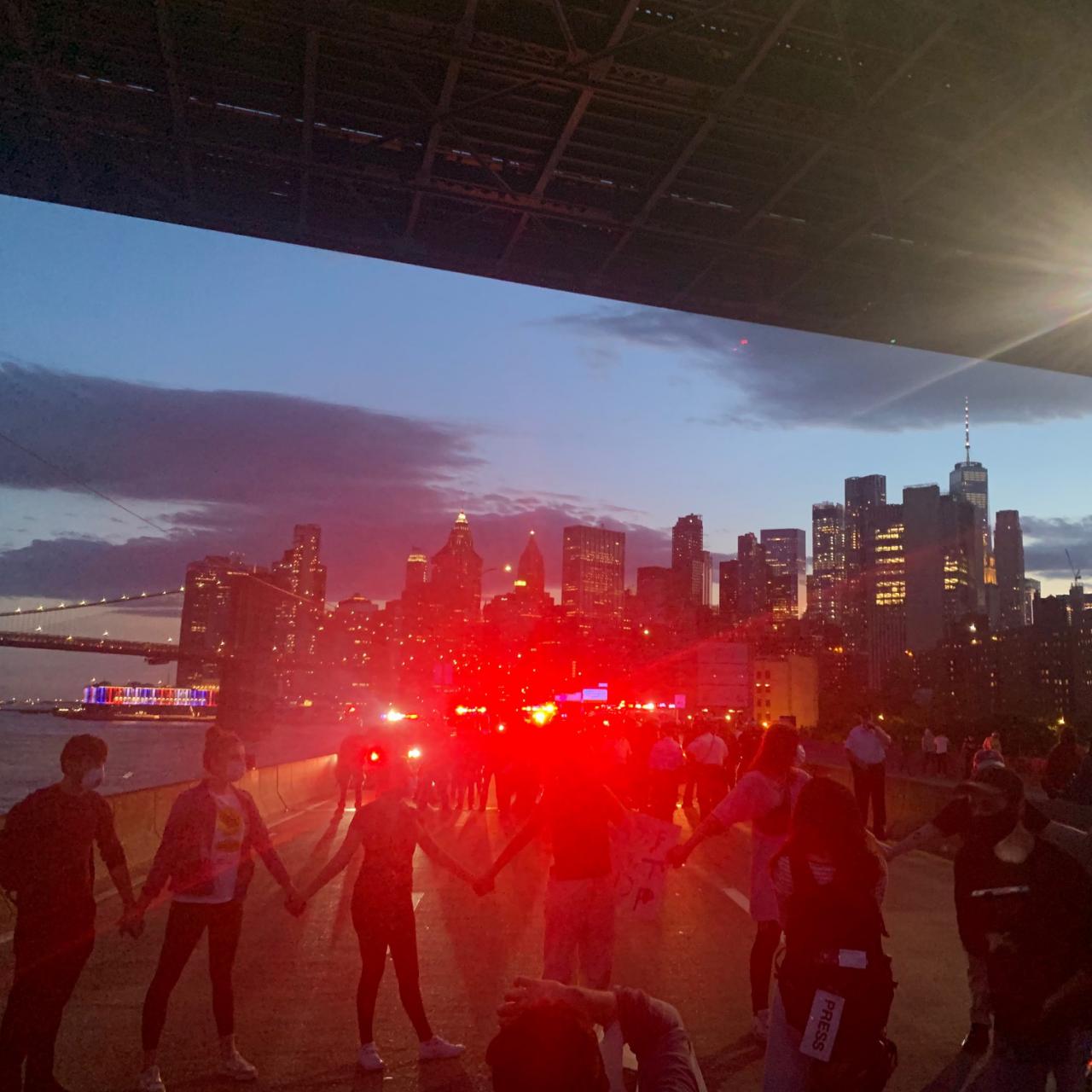 On Saturday, we set off fireworks from a rooftop with a perfect view of the nearby Empire State Building, which on two occasions during the evening launched missile-like sprays from each of its tiers to a choreographed light show. Later, helicopters circled the city as it erupted, large blasts lighting up the sky between buildings as we walked downtown. Honestly, 2020’s was the most fabulous 4thof July display I’ve ever witnessed.

Was Hitler even a good speaker? People always say that, but they say that about Trump, too, who mostly yells in circles. His latest speeches are about “defeating the radical left, the Marxists, the anarchists, the agitators, the looters.” He asks rhetorical questions and gets lost in tangents about Confederate flags, Antifa, Nazis, outer space, statues, whatever.

The reaction by many of my peers is to laugh at it, but my reaction is sad frustration, I can’t help it. Besides the blatant racism, I’m a defender of decorum. It makes me immensely sad that Joe Biden is also a terrible speaker, and that one of the worst speakers, Kanye West, is being encouraged to run as an independent candidate. I’m pretty much convinced, actually, that the only thing a president needs to be good at is speaking, and that no one we’re looking at on TV can form a complete sentence.

Hundreds of thousands of people have left New York City, many of them to summer homes or upstate rentals. It is likely that many of them will not return. My friends are buying cars and property. I don’t like the idea of just taking off when something is uncomfortable. This type of suburban migration has been called white flight since the Civil Rights movement. To be clear, though, the white flight happening now started before “the anarchists, the agitators …” made any demands.

It happened when the stores started closing, not when those same empty stores were broken into. It happened because the city seemed scary without its typical locales of teeming commerce, not because those empty storefronts were smashed. The world of retail had already become a very different place due to a closely watched Retail Apocalypse. Before the pandemic, technology had been steadily changing the way people buy and find products, emptying storefronts all over the world.

So, before the people who got thrown $1200 checks to last four months in one of the world’s most expensive cities threw bricks through some windows, before we knew much about this virus and its disproportionate deadliness in people who are prone to hypertension – an affliction caused by a cheap diet and by living in fear of the (racist) police – people who could afford to, left for the suburbs.

Whole residential neighbourhoods felt empty, like it was the middle of summer in March. Then, when everything else started to empty – offices, restaurants, movie theatres – New York and other big cities felt abandoned in a time of crisis. Everyone still here were forced to isolate in tiny apartments while spacious floors mocked us with emptiness, viewable beyond thin panes of glass. Our quasi-quarantine pushed us into our screens even more than usual (and the usual was quite a lot, but I wonder if we will remember that, years from now). It made us feel undone, like our bodies didn’t matter.

The advice that media outlets offered felt tone-deaf to our screen fatigue, listing streaming movies to watch after a day of streaming work, streaming the news, or staring at an unemployment form online. Our screens were our captors and our escapes. Uneasiness crept through our interactions.

Going outside was viewed as irresponsible, but people had to be outside, especially if they were poor. Plus, it was starting to get nice out. Leisurely walks and boozy picnics were discouraged, but allowed. So, we tested the loaded air. And then, because people were outside again, the cops went back to killing black people, who were already dying more than usual due to the virus and to viral circumstances.

Seeing the destruction in SoHo was like seeing a fire hydrant open on a hot summer day. Walking with my boyfriend one night, we turned a corner and witnessed a cop car exploding in flames. People of all ages gathered around it, everyone exhilarated by dramatic display, before a team of firefighters dutifully put it out. Next, we saw a large group of policemen, apparently stranded, halt a tourist bus and direct the driver to charge full speed through an intersection. We saw kids having fun and taking photos. We saw explicitly commercial, overpriced, elitist destinations – the ones that were not closed pre-pandemic – damaged, their displays dismantled and abandoned.

High-end gyms, super-branded clothing stores, and wellness merchandise shops had busted windows, whereas bookstores and galleries did not.

Pillows were strewn all over the cobblestone streets, seemingly originating from North Face. Every bank in the neighbourhood had been hit the hardest, their double-glass panes now mountains of shards. At that time, it looked like merchandise wasn’t getting stolen, just thrown onto sidewalks.

The gesture of looting is symbolic – otherwise it would be called robbing – but it literally opens doors for others that may or may not share an agenda with looters. This is a looter’s intent, though: to break down a system. The gesture of breaking glass is equitable to granting access. Those who have the least to lose and the most to gain could simply walk in and take. It’s about levelling a playing field. It’s about ridding objects like monuments and money of their power.

All of this, I recognised then and can easily recall now, looked legible in a sea of confusion and conspiracy. Speaking for myself at least, to those of us exhausted by illegibility – calls for cancelling the culture or the cancel culture, platforms under fire for not censoring, campaigns to choke the media, protests that haven’t agreed on a goal, the assumed bipartisanship of a virus – the sounds and sights in SoHo were not simplistic or blunt, like everything else. In fact, the harmonizing of politics and emotions felt as eloquent as a well-worded speech.

A new instalment of Out of State will be published online every Thursday for ten weeks. Last week she wrote about New York in the midst of a struggle between justice for its citizens and the desire to pose for a close-up.