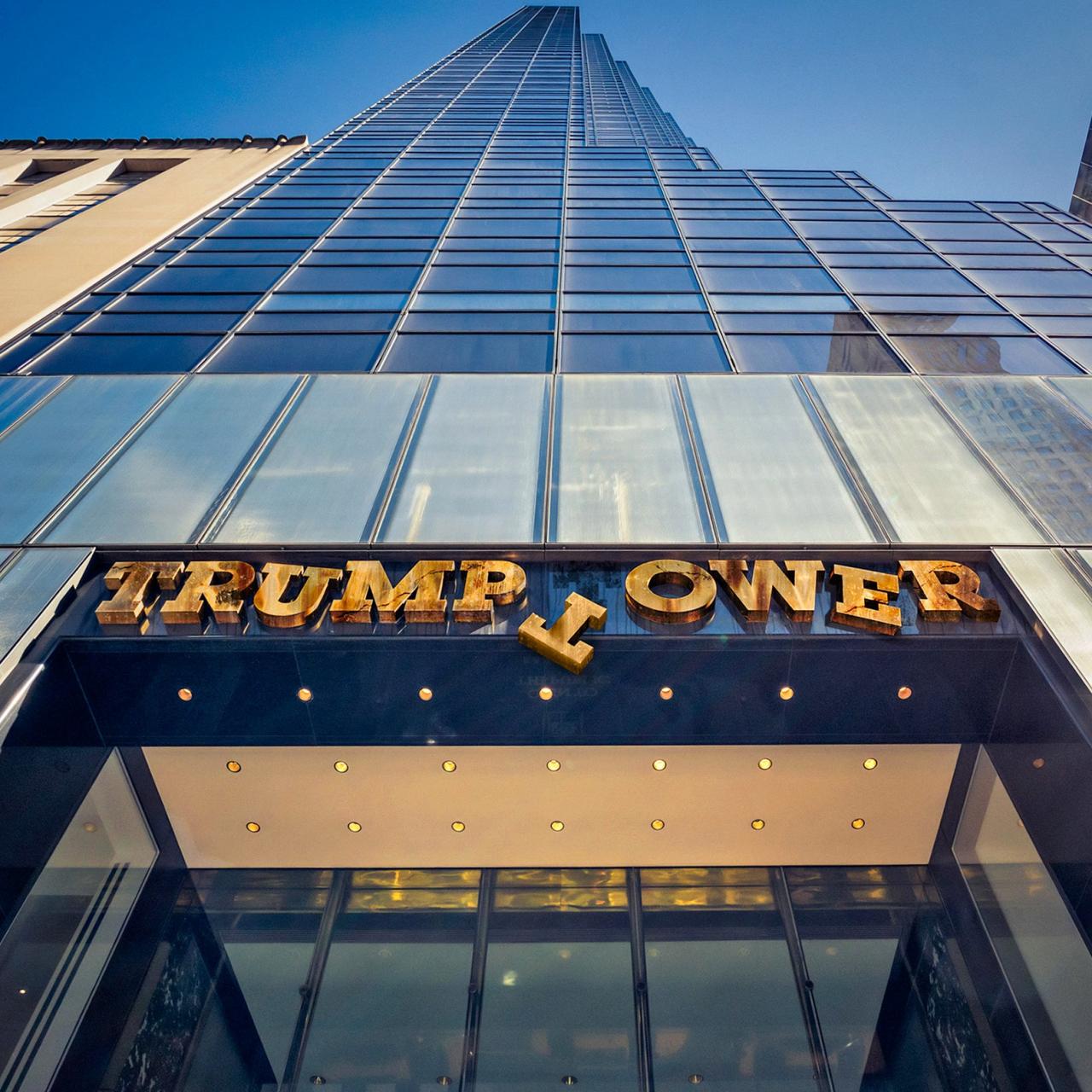 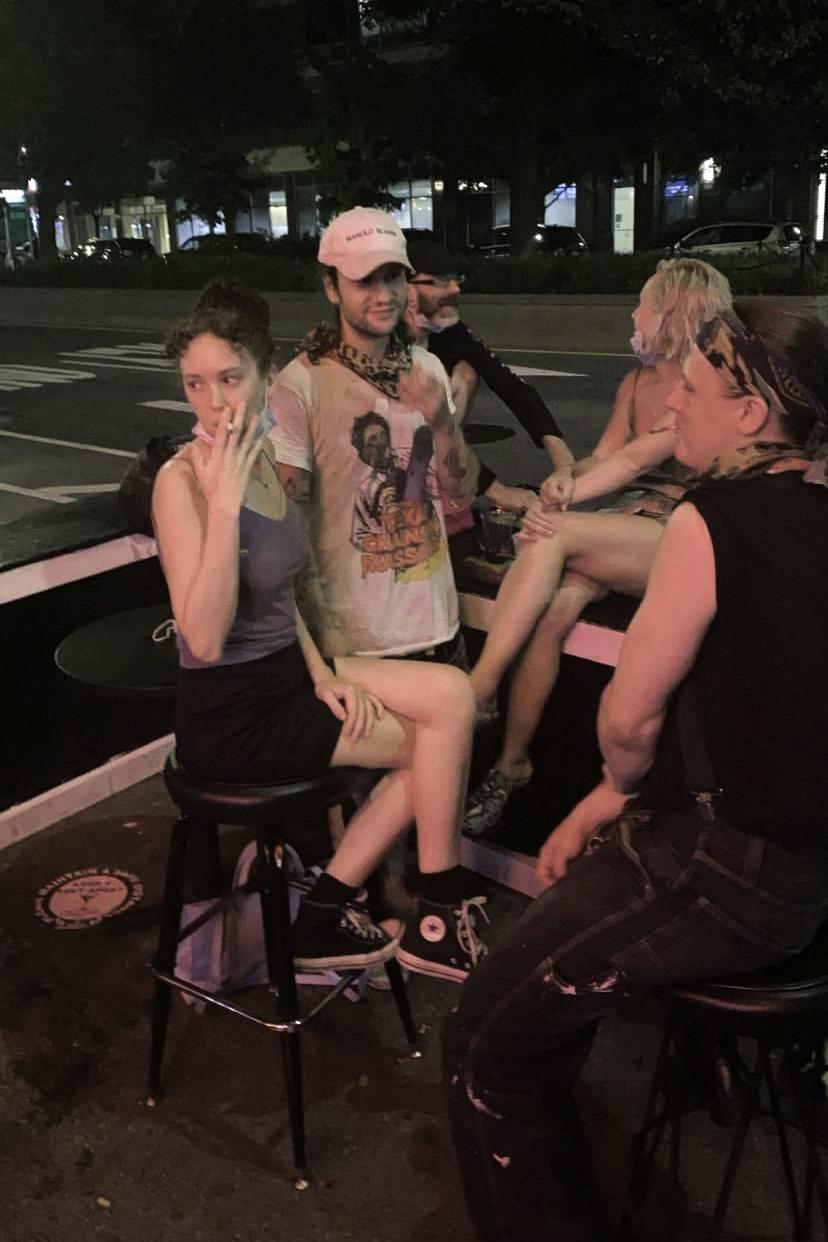 We’re saying farwell to Natasha’s weekly column, and with it too, the summer, and maybe even the idea of a future where the nice guys don’t finish last.

In the beginning of the underrated HBO movie Head Office (1985), a fictional mogul tells his helicopter driver, “Twenty years ago when I came to this town, I had less than 43 million dollars in my pocket. Now, I own all this. That’s America.” Sometimes I think that the worst part about having Trump as a president is witnessing collective amnesia about a dozen times a day, listening to people describe him as funny, instead of finding aspects of this madcap narrative comical. In all of the big budget comedies I grew up with, the conglomerate owner is the butt of the jokes. He’s winning for a while, and then he gets ahead of himself, ending up with egg on his face (especially if he’s trying to run for political office). He’s exposed as not only a fraud but a loser, a societal outcast whose ambitions were only mirrored attempts to obliterate his own insecurities. In the 1980s and 90s, the universe won’t let bullies like this stay on top for long, and so it teaches them a lesson in shame. At the end of the movie, the bully’s underlings and the audience in the theatre all laugh at him, not with him.

It is always the screw-up son – played by Judge Reinhold, Dudley Moore, Adam Sandler, or Chris Farley – that saves the day, inspired by the stories of the weak and annoyed by the stagnation of the powerful. It is he who is considered funny, not the old men threatening to cut him off from a trust fund. I’ve been told I have no sense of humour over this opinion, but I’ll say it again: I don’t think Donald Trump is a funny guy, simply because he doesn’t appear to have control over the narrative. If this were a movie from the 80s or 90s, Trump’s speeches would cut away to a scene of innocent romance, budding in spite of the father/boss’s threats. The young woman would be serious and altruistic but would find the haplessness of the soon-to-be heir charming. In the end, the company assets would be saved anyway, maybe even doubled due to a fresh set of progressive ideals. The joke would be on all of the impatient businesspeople who were once so unwilling to give the youth a chance to turn things around.

This is where I come from, and how I see things. The very chill guy with relaxed comic timing gets everything, and the villain, played by a Trump-like actor or sometimes Trump himself, gets booed by everyone while steam spouts from his ears. Maybe people hate Obama’s disposition, so often described as unnervingly laid back, because he reminds them of that class clown type who deserves to peak in high school but instead becomes majorly successful, in part because he won over all the most important parents. Well, from what can see, Adam Sandler has been the only pigeonholed protagonist of this set to stage a critically acclaimed comeback. Pauly Shore and John Cusack, for example, are very active on Raya, apparently. Insert meme from Uncut Gems (2019) with the line, “This is how I win.”

The summer is winding down and that particular sadness is creeping in, this time tinged with fear. Rain cancels plans, like we live on a prairie.

Honestly, these types of role reversals in the media have been scrambling my brain well before Trump was elected. I know it makes me sound naïve, but I miss that feeling I once had, that I understood the basic impulses of America, which stemmed from network television. I try to watch the stars of YouTube and their ultra-positive messaging mixed with self-victimisation but my eyes lose focus immediately. I’m not as dazzled by the irony anymore; their insistent pleas for authenticity in highly-edited videos are all the same, and yet they keep gaining momentum. This is illustrated by each tutorialist’s surroundings increasingly exemplifying some surreal understanding of wealth, which looks tackier than Trump Towers. I’m too old for it, probably, but I feel too young for it. The makeup routines, like cooking channels and realty reality TV are just over the line in terms of domesticity, for me. I can only go so far before it becomes too real.

Domesticity has always terrified me, as in I can’t stay at a party at which the men are playing cornhole and the women are wearing false eyelashes for very long. So, it’s nice to see the small backlash in my little circle to the ways in which we’ve all settled into trad routines, like grocery shopping every week and relentlessly cleaning our tiny spaces. I am guilty of getting really into recipes during the lockdown, too, but I am vocally anti, hoping to return one day to the unhealthy eating habits which I used to resort to, back when I had an office job and a long commute. We’re spending less money and maybe looking better, but we’re depriving ourselves of the interactions that make living here worthwhile, I reminisce. Remember the $14 to-go sandwich I bought every day, and the time I’d waste at newsstands before getting seated at a restaurant with a two-hour wait? We might as well relive all that while we still can. The birthday meetups in parks on the river are okay but a far cry from happy hour and won’t last through the winter. The summer is winding down and that particular sadness is creeping in, this time tinged with fear. Rain cancels plans, like we live on a prairie.

Otherwise, August rages on, the flames of forest fires and chemical explosions and activist arson burning it out rather than letting it fade away. The message is muddled, as it should be, with so much to blame: our air is literally toxic, our systems corrupt, and our money not real. A metal, slatted border wall is being erected, in place of existing fences and all those monuments to sanctioned genocide that have fallen. It looks like another one of those massive minimalist sculptures in our Southwestern deserts that take advantage of their sparse surroundings and dramatic skies. You know, those big metal and concrete obelisks built on old army bases, or the brutalist mountainside architecture made to resemble rusty airplane hangars, radiating the heat they absorb during the day at night.

If it’s possible, work should be optional, not the reason for individual existence.

The temperature in my hometown in Arizona is record-breaking this year, as it is in many typically hot places worldwide. At some point, I guess heat causes more heat by igniting brush, melting materials that off-gas, and invoking the usage of more air conditioning, in homes and cars. The heat there is like a pizza oven, warping the atmosphere and almost causing a sound. It feels less thick than humid heat but also less escapable. AC only dulls it, compared to how it crisps us here in the East. I truly hate talking about the weather, but this feels like something else. I don’t remember so many fires, before. The chaos of natural disaster never seemed to so closely mirror the breakdown of societies, back then.

Cars and buildings are being destroyed in the name of anti-racism again and it’s invigorating to watch, in a way, even though these recent acts in Kenosha are in reaction to even more trigger-happy police, not the status quo. Someone on the radio says, “With the democrats, it’s always symbolic”, and I get what he’s saying, but also, there is power in symbolism, obviously. When a video shows the “Wisconsin Department of Corrections … reduced to rubble and ashes”, we can’t not face the language, the metaphor of a razed site so often used to describe accelerationist or otherwise radical politics, but also the name of the facility and its callous inaccuracy. Going back to normal, to some 90s narrative of the lazy, rich, white guy getting the family business and the smart babe is of course unappetizing, too, and really, going back to any idea of “normal” would be bizarre after all this. Even the idea of supporting certain businesses as an act of good will feels antithetical now. Business is bad because most jobs are not essential, and forced entrepreneurship can only amount to corruption in one way or another. If it’s possible, work should be optional, not the reason for individual existence. Just like we should stop calling prisons “correctional”, we should stop calling careers “livelihoods”.

Sorry for the rambling, but this is my last column for the year, and in a way that means I’m leaving another form of social media. At the beginning of the summer, I was on Instagram and I’d see people post screen shots of these weekly updates, letting me know they were reading. Now, I have less of an idea. I stay indoors for days and hardly run into people when I leave. Bars in my neighbourhood are at war with the governor, suing over the ever-stricter guidelines regarding their restaurant status, and so it’s less likely I’ll see someone I know at one. Afraid of losing liquor licenses, everyone is serving meals at reserved tables, not to-go snacks that come with a cocktail. It’s getting more difficult to casually keep in touch, in other words, and yet I’m considering quitting Twitter, too. Now is a hard time to have an addictive personality. Replacing one bad habit with another can serve as a wakeup call, but one with no obvious solution. When there is nothing left to binge, will I want to finish writing a novel, or read the ones I’ve gotten halfway through? If there is no easy way for me to communicate with so many acquaintances, will we forget about one another? Would we have even become friends in the first place without the functionality of online social hierarchies?

This is the final instalment of Out of State, and while we're sorry to see it go, we look forward to more next summer. Last week, Natasha wrote about the fate of subculture.