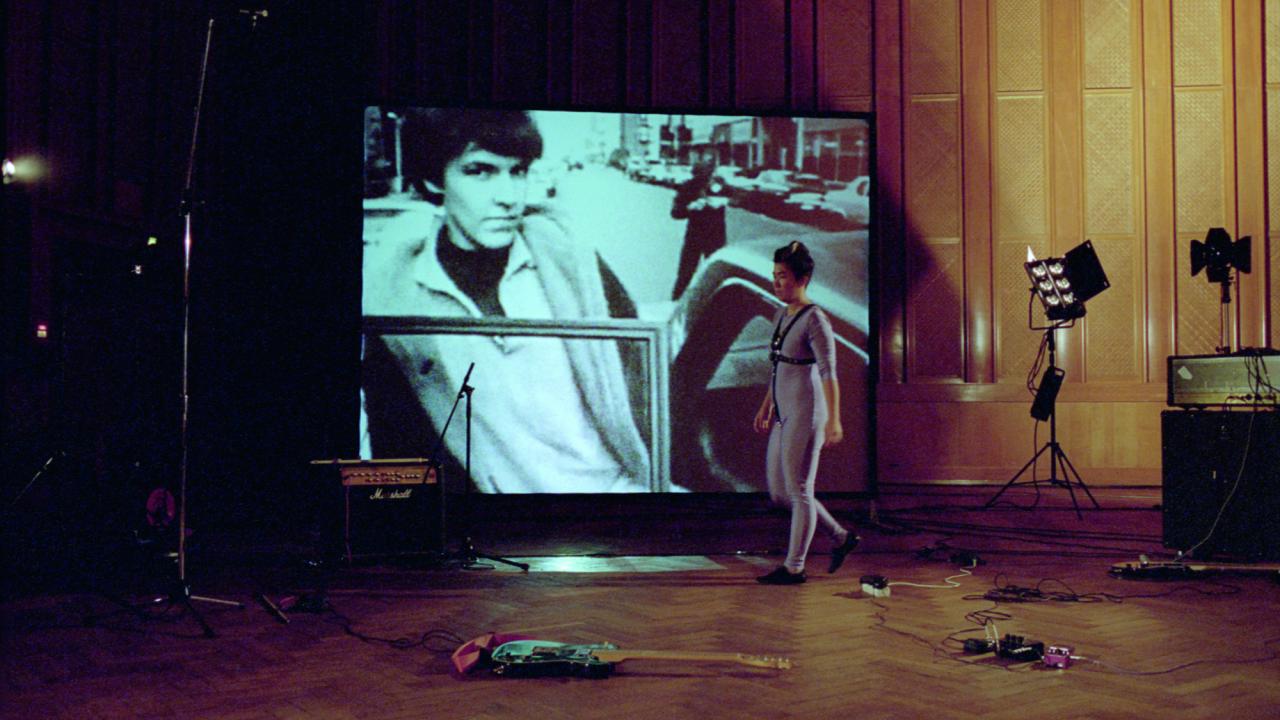 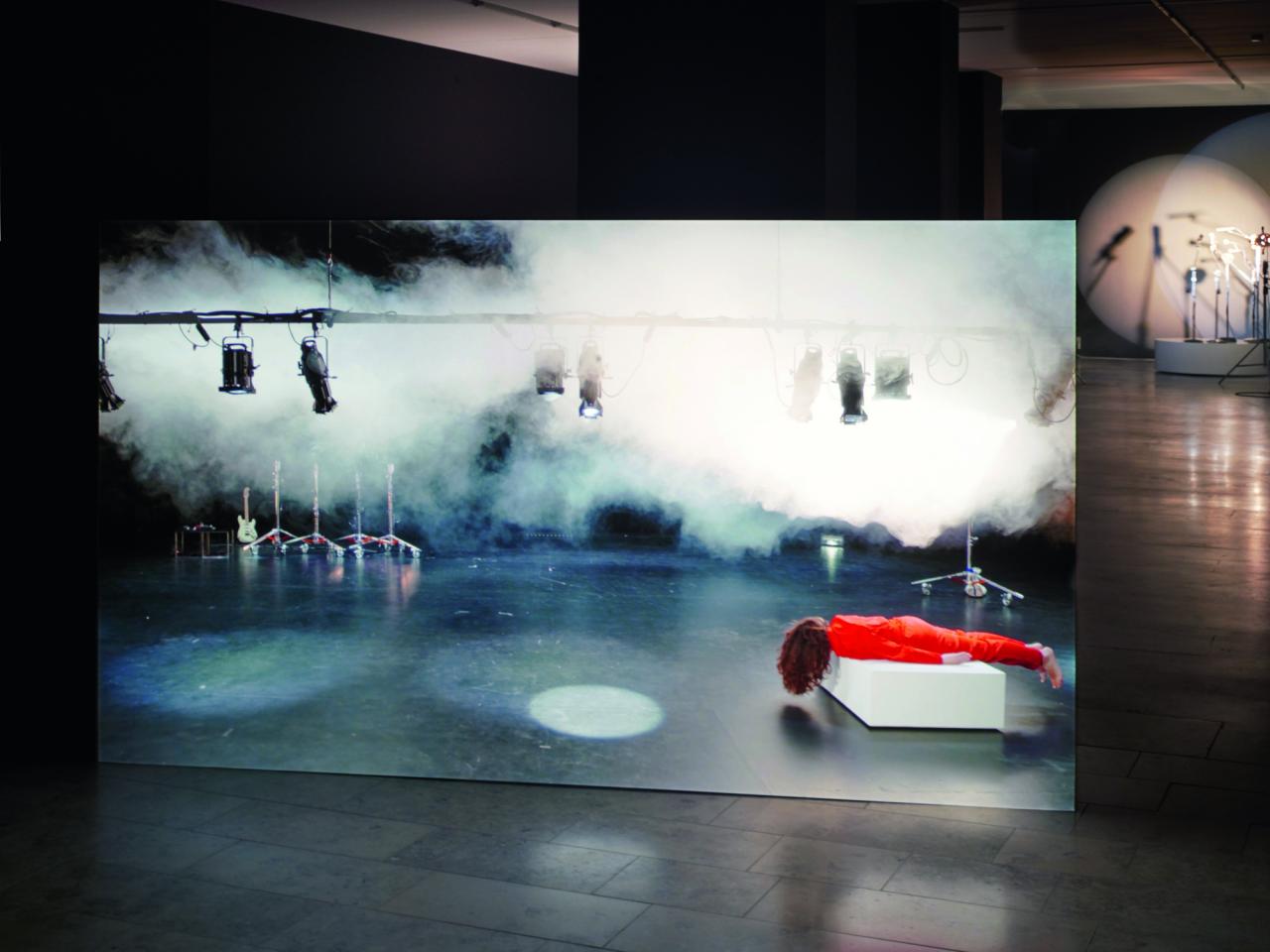 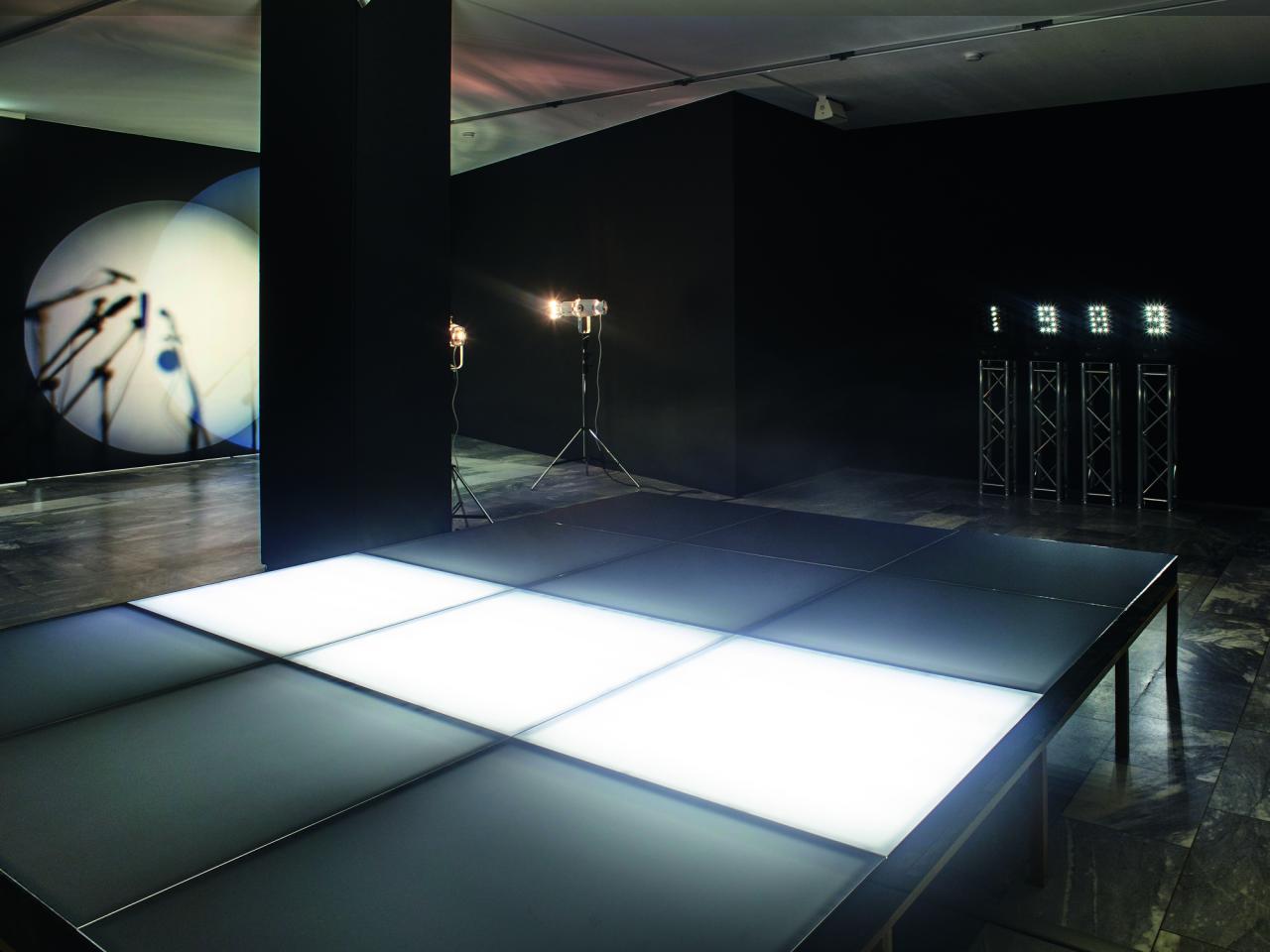 A smoke machine emits a perfectly white cloud as it chugs across the floor in Pauline Boudry / Renate Lorenz’s video Telepathic Improvisation (2016). An actor solemnly speaks of the difference between protest, to say what you don’t like, and resistance, to no longer tolerate it. We’re in a studio and, if not on a stage, then at least there’s staging: lights, props, instruments. Smoke is often called upon in the duo’s films to evoke the theme of opacity. This beautiful explosion of white works two-fold: providing high-visibility for a political issue, as well as an escape hatch from identity; a space for the individual to evade legibility. To understand identity as a continuous performance – and not, say, an intrinsic or biological fact – when exacerbated, could be said to work in the same way, and rather than define the subject begin to unravel it.

For all the talk, in the accompanying text and in the film scripts, of strangeness, resistance, violence, revolt, and urgency, what’s on show is calm and calculated. Every shot is perfectly executed, no one is flustered or awkward, no threads are left hanging.

This has been the central tenet of Lorenz / Boudry’s video installations since 2013, several of which are on view at Julia Stoschek Collection Berlin. A selection of their Wig Pieces (2017–19) recall those donned by the mysterious pop icon Sia with the same purpose: to protect her privacy, as well as her agency in the construction of her own image. Privacy and surveillance are also at stake in I Want (2015), a theatrical monologue in which the artist Sharon Hayes purports to embody, in turn, the writer Kathy Acker and the activist Chelsea Manning. The script is designed to collapse distinctions between people, places, and even temporalities, with Acker calling from beyond the grave (as she’s been made to do too often lately). The video is funny at times, moving at others. You really sense the bravery of Manning, and Acker’s offhand punk. But not much of their audacity or the delusions and batshit crazy their work and biographies speak to comes through in Hayes’s spotless choreography, armed as she is with Hollywood cadence and American self-assurance. Like explaining a joke instead of telling it, the work understands itself completely and knows that it’s right. But Manning and Acker are heroes, I would say, precisely because they are wrong. This is a contradiction with a lot of potential, which stays exactly that: a theoretical hypothesis.

The undoing of identity is certainly the most interesting place one can take identity politics, which tends to otherwise fall into the trap of posing neo-essentialist opposites. Becoming no one, in Boudry / Lorenz’s work, happens in two ways: either by becoming one with the chorus of allies and carefully chosen kin of the past, as in I Want, or insisting on your right to decide when to speak, as in Silent (2016), a rendition of John Cage’s 4’33” (1952), featuring the musician Aérea Negrot remaining silent in front of a pack of microphones. In HE EAR R (2017), the same eclectic group of microphones caught the spotlight on a rotating stage; the floor is open, but nobody wants it. The protective cloud of collectivity is supposed to inspire “encounters”, which the exhibition text says involve surprise and conflict. But the works of Boudry / Lorenz occupy such a perfectly clean position that it is no wonder visitors have to put plastic covers over their shoes before going in.

For all the talk, in the accompanying text and in the film scripts, of strangeness, resistance, violence, revolt, and urgency, what’s on show is calm and calculated. Every shot is perfectly executed, no one is flustered or awkward, no threads are left hanging. The vibe finally loosens upstairs, where To Valerie Solanas and Marilyn Monroe in Recognition of their Desperation (2013) presents a lineup of the duo’s iconic friends, including the musician Peaches, jamming along on their instruments. And though that work is also burdened by a somewhat overwrought conceptual frame (a funereal slideshow of photos from Solanas’s arrest and Monroe’s suicide sombrely accompanies the musicians), it doesn’t suffocate the horny laissez-faire creativity of the gang. In an exhibition at once too serious and too goofy, in the end, the most radical gesture on offer was also the least contrived: people rubbing their vaginas against electric guitars, in other words, chilling out and doing their thing.