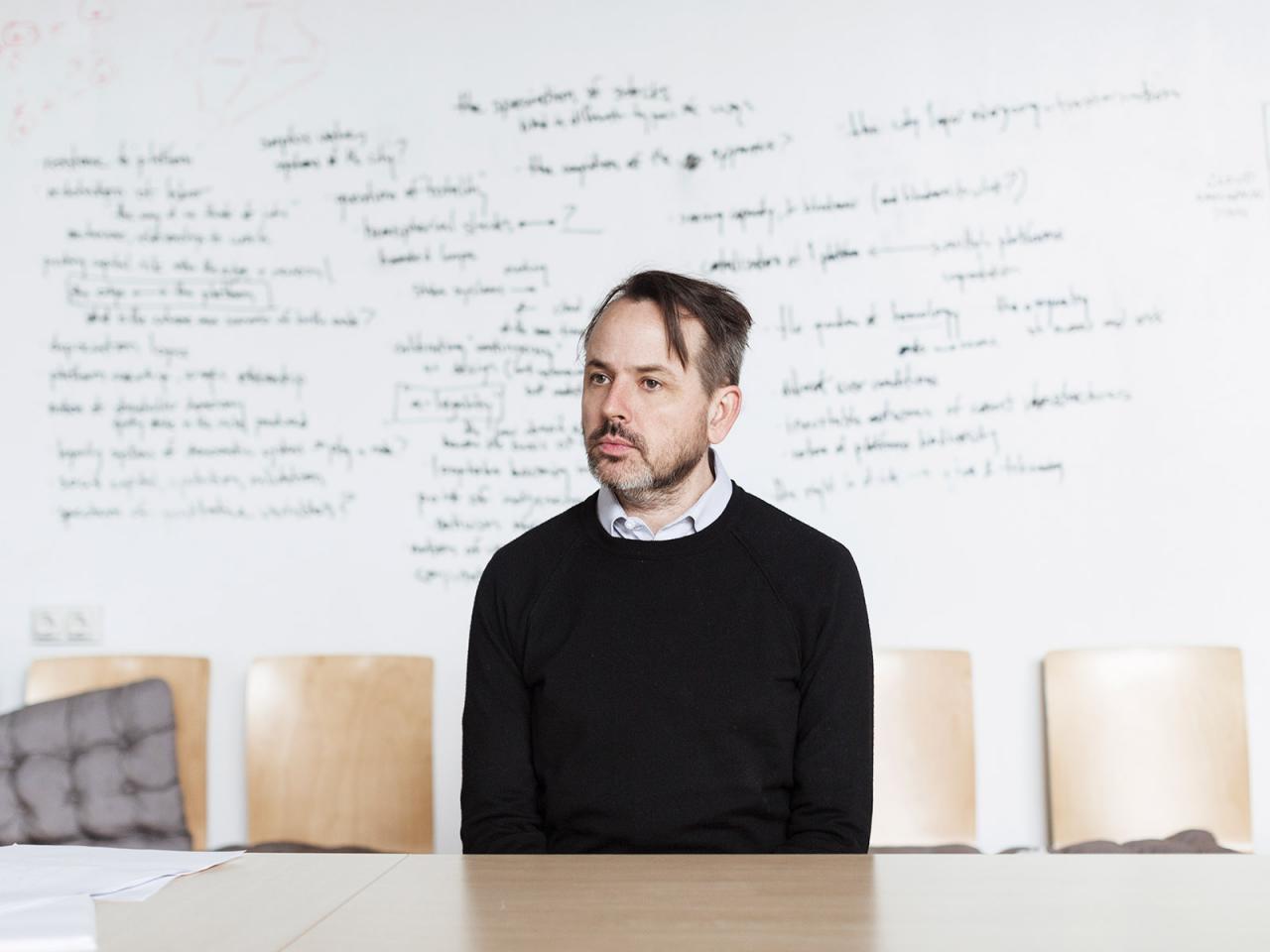 Does the feed change our experience of time?

The encapsulation of “social” information into one or more pervasive feeds creates an ever-accumulating archive of large and small traces that currently remain largely invisible. We need something like a virtual geology of the feed that might render that archive to itself. What we have now, however, is the compression of time into a perpetual sequence of moments demanding reaction: a hybrid between exquisite corpse and a perpetual motion machine.

The exquisite-corpse experience of the feed presents a disjointed mosaic of inputs drawn from diverse sources and placed under the organizational effector of “Most Recent.” A feed in the form of a Wall may involve additional commentary from affiliated users who will likely start from most recent entry, and may therefore react less to the ever-expanding semantic context of the whole than to the last statement made. Like any exquisite-corpse process, the resulting vector of communication is tangential to the extreme. But like the stigmergic traces of insect interactions, the aggregate conversation may sometimes enable the emergence of an expansive gathering and mapping of perspectives because of – not in spite of – the seemingly myopic recursion of many tiny utterances. If only the archive were open to see such maps.

The perpetual motion machine of the feed is the apparently never-ending flow of new inputs adding endlessly to the top spot.

The experience of Sisyphus’s inbox may due more to a mis-metaphorization of the responsibility that users have to their feeds, such as attempts to reach complete feed omniscience: the Zen ethics of Inbox Zero. For other users, who may dip a toe into the stream now and then, the always-on–ness of the feed may be less stressful. For them, touching the feed is more like taking a sample from the ocean. The substance of the feed draws from the moment it is taken but also from larger climatic cycles that support it.

The early dream of RSS was that anything and everything could narrowcast its own feed, and do so at whatever rhythm of “update” was important to its local rate of change. Those “things” could be animal, vegetable, or mineral. A person or a media company may post updates several times a day, whereas a sensor embedded in a bridge may signal new information only if something cracks. Any other user could, in turn, subscribe to others’ feeds and in doing so curate their own compilation of inputs. Paired with actual IoT scenarios, however, this orgy of communication would be a security and privacy nightmare. Master platforms intervene to structure feeds according to their own rules. Facebook formulates profiles and the feeds that connect them by ensuring predictability at the expense of programmability, and ease at the expense of opacity. Networks of links grow only according to the rules laid out in advance.

A version of that earlier dream is perhaps still possible, but it requires an archive that can be searched. Where is that archive? In principle it is in the geologic layers of all feeds together (and the metadata about their interrelationships). The path that comes after “Most Recent” is one in which: 1) the exquisite corpse + perpetual motion machine is no longer the predominant mode of feed temporality, and 2) the heavy-handed trade-offs represented by Facebook (including its division of individual hominids from other types of users) are obsolete. One may be a prerequisite for the other.

BENJAMIN BRATTON is author of The Stack. On Software and Sovereignty (MIT, 2016) and Education Program Director at Strelka Institute in Moscow.