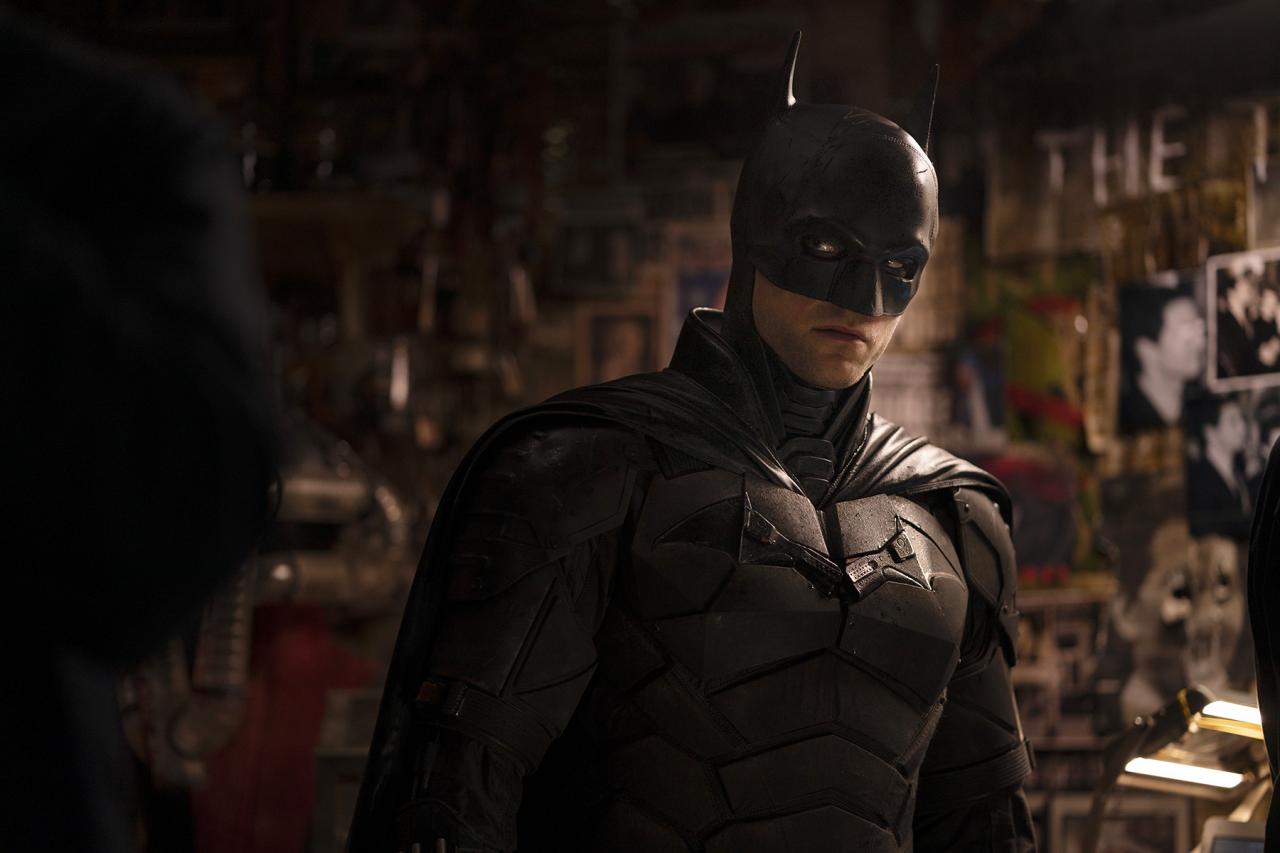 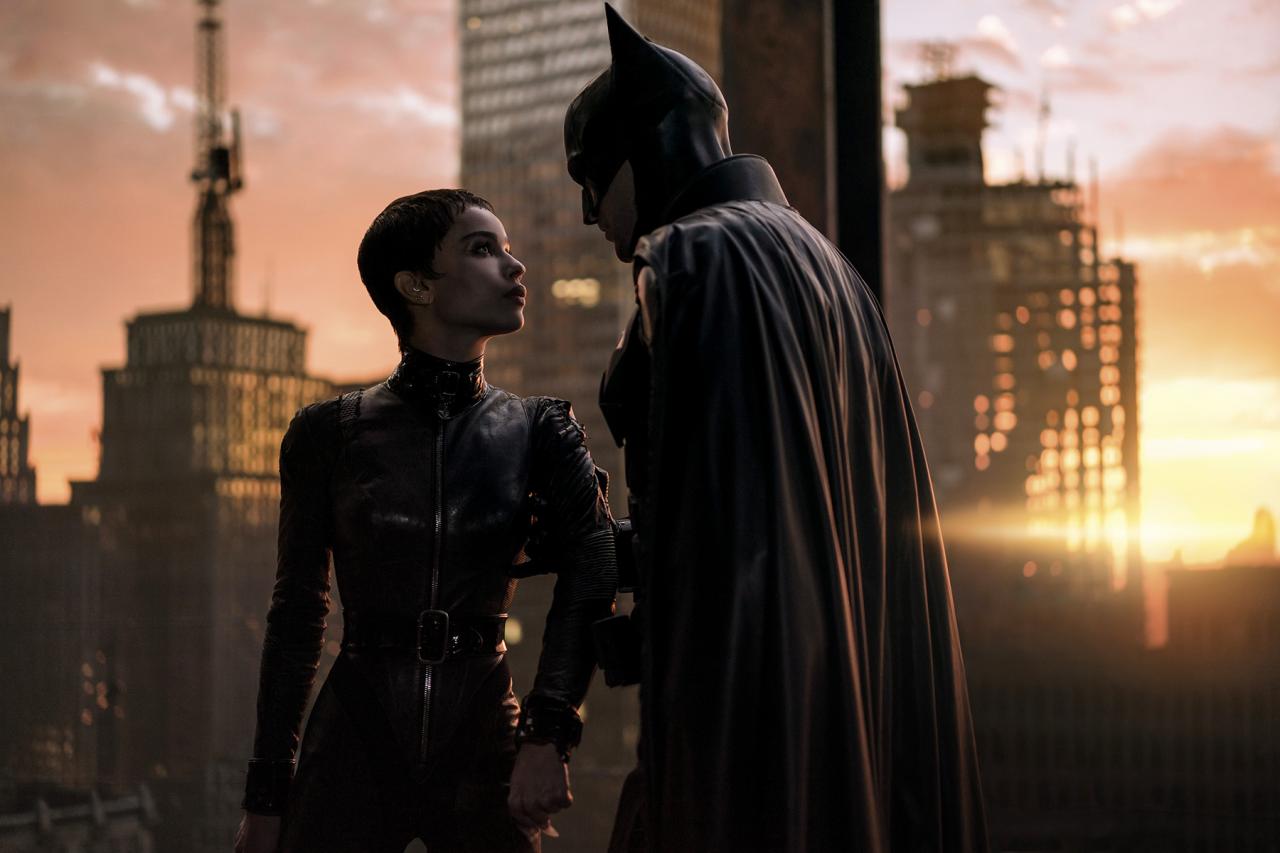 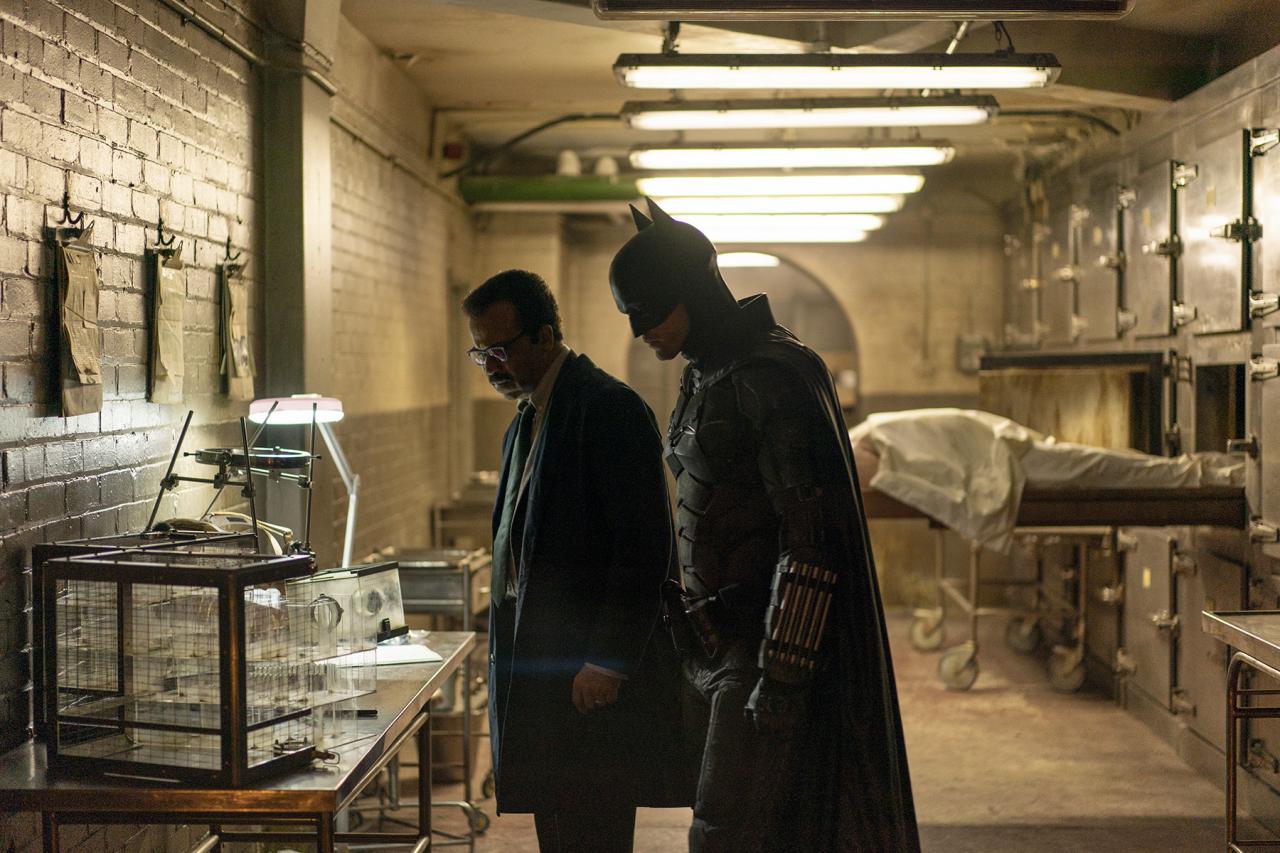 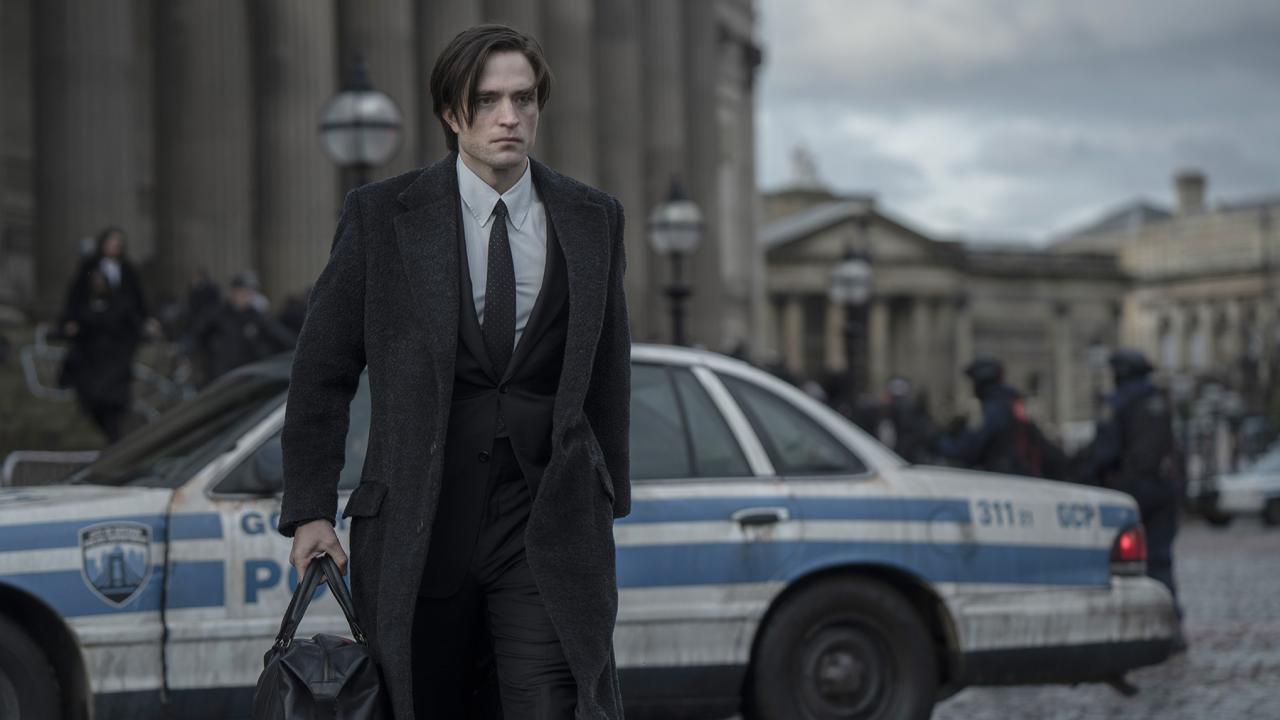 “The more serious you try to be, the more ridiculous you will become.” Did we unlearn how to wear a straight face? In a review of the latest Batman reboot, Sam Kriss tells us that this fetishist pretending to be a small, half-blind mammal eating moths is a mirror of ourselves. If the world is a masquerade, a game of secret shadowy desires, behind all the seriousness there’s a grim pervert in a silly costume.

A politician has been murdered in his home. The corpse is sprawled out on the sofa, bludgeoned. Cops in white forensic gear, hovering like vultures over the body, take photos. Officers in dark uniform guard the halls, cops with their serious weather-beaten faces, their domestic-violence moustaches, rain-beaten, drinking cheap coffee out of styrofoam cups. And in the middle of the scene, watching everything, there is a man dressed as a bat. He’s wearing a cape. He’s wearing a mask. He’s wearing a full-body fetish suit in various shades of black leather and PVC. Whatever this man’s deal is, it’s clearly something sexual. He’s dressed for a very particular kind of Berlin club night: maybe the venue double-booked, the furries had to share a basement with the leather daddies, and one dedicated pervert had a brilliant idea …

In the new Batman film (The Batman [2022]), the cops mutter at this pervert as he passes. Goddamn freak. This is not what would have happened. They would have laughed. I found it hard not to laugh every time he appeared on screen. This is supposed to be a story about conspiracy and corruption at the highest levels of government, but our central character is dressed as his fursona throughout. Look at him! He’s got little bat ears! Imagine a hard-boiled detective drama in which our noirish hero is constantly adjusting his brightly coloured cock ring. Imagine if, in Elem Klimov’s Come and See, one of the Nazi officers was dragging an anime-girl body pillow through the Belarusian mud.

The new Batman film wants to be taken seriously. Darker and grittier than the last in the franchise, which was darker and grittier than the one before, which was darker and grittier than the one before that. They don’t know what to do with this weird, half-mythic figure nearly a century old – they’re not sure how to make him fit, so they make everything gloomy and serious and hope nobody notices. The result is a film like The Batman, which finally takes the darkness and grittiness to such a pitch that it’s no longer really a superhero film at all; if you replaced the main character with a gloomy hard-drinking detective archetype, the plot would barely change. But instead, we’re given repeated shots of a fetishist pretending to be a small, half-blind mammal that eats moths and beetles and fruit.

The more serious you try to be, the more ridiculous you will become. Maybe we simply don’t know how to wear a straight face anymore: maybe this stupid Batman is a mirror of ourselves.

We respond to a major war in Eastern Europe by posting blue and yellow emojis. We respond to persistent racial inequality by capitalising a B and harassing celebrity chefs. We measure the ethical response to the cruelties of the world in terms of who’s making the right kind of posts. All possibilities in the twenty-first century seem basically facile and silly, and somehow deeply inappropriate. All activity is a performance. Every political crisis is just a pretext to indulge in some kind of dressing up.

the future of biological life itself is either wilting in the blue insomniac glare of our screens or burning up as our planet cooks in its own juices – and our most self-consciously serious film is about a man in a cape who punches mobsters in the face.

It wasn’t always like this. Lately I’ve been watching some of the great paranoid thrillers of the 1970s: The Conversation, Three Days of the Condor, The Parallax View. These were mass-market entertainment products, but they were full of an incredible urgency: there was something that needed to be disclosed, a rottenness seeping up from the foundations of the world, and nobody doubted that the way to show it was through narrative film. Now, the decay is spreading faster than ever before – but mainstream cinema no longer produces much that’s genuinely serious. It doesn’t even produce comedies either: everything just floats in a vague, fluffy cloud of mood and ambience, saying very little. We are dying! Our desires are manipulated by an increasingly abstract system of algorithmic control; we can’t even fuck without downloading an app about it; the future of biological life itself is either wilting in the blue insomniac glare of our screens or burning up as our planet cooks in its own juices – and our most self-consciously serious film is about a man in a cape who punches mobsters in the face.

There is an overt political message here, but it speaks to a certain lack of imagination. At the end of The Batman, there’s a revelation. The real way to change the world, Batman realises, is not to dress up as a bat at night, but to elect more Democrats. The real hero was Jayme Lawson’s hope-and-change-y mayoral candidate. I am not sure this is really enough. If there is something meaningful going on, you won’t find it in the places the film wants you to look.

The problem isn’t that Batman is for children – one of our biggest mistakes is thinking that the lives of adults are fundamentally serious, and the lives of children are not. Children worry about who they are; adults just worry about how they’ll pay the bills. Children face all the horrors of existence in a much purer form: being alone or tormented, being utterly powerless in a world you can’t ever understand. Batman really can disclose something worthwhile about that world. He tells us that it is, in some sense, a masquerade; behind all the seriousness there’s a grim pervert in a silly costume, getting himself off. In the 1970s, we thought the political system was really a game of secret shadowy interests. Oil fields. “This whole damn thing was about oil!” Now, The Batman is telling us that it’s really a game of secret shadowy desires. Political economy is only libido in disguise. But to understand how, you need to actually think about what this Batman is.

Famously, Batman does not have any actual superpowers. He does not, strictly speaking, exist: what exists is Bruce Wayne, and everything that Batman can do depends entirely on Bruce Wayne’s social position. (In The Batman, he hardly appears without his mask.) Bruce Wayne is, of course, a billionaire. Most left-wing critics usually leave it at that: he is a plutocrat, a class enemy, who spends his nights violently attacking petty criminals and the mentally ill. In the third of Christopher Nolan’s Batman films, the enemy is an Occupy-style populist uprising. This man is, per most going critical takes, simply a ruling-class fascist.

Bruce Wayne does strange and illegal things in the night – and law enforcement, who ought to stop him if this world worked as it should, simply let him do it. The rank and file might not like him, but there are certain strategically placed officers who, for whatever reason, choose to be complicit. It goes higher than that, of course. In his previous adventures, Wayne has been shown cheerfully assisting the work of US foreign policy, running psyops to support the war in Vietnam. In ways we can’t quite see, he is tied up with the deep state: its shadowy agencies, its strange plots around the world. He has been known to pal around with the President of the United States. But it goes even higher. In a sense, Wayne is the lowest step on a very tall pyramid, a minor functionary for something vaster than we can imagine. He is in league with mystic entities. Extraterrestrial aliens, incarnate gods. There is some spiritual war going on across the heavens, and Wayne marks the point where it touches our everyday world.

What about his other relationships? His money and status give him access to elite scientists, which is something he seems particularly interested in. There’s also a female associate – a dark-haired woman who shares in some of his fetishistic activity, played by Zoe Kravitz in the new film. A criminal, from a criminal family. The nature of this couple isn’t quite clear: there’s obviously some kind of sexual dynamic, but it’s blocked. She wants something from him that he can’t give. He has desires that she can’t fulfil. But there’s one other associate who doesn’t appear in any of the recent Batman films. Where’s Robin? The usual line is that Batman’s teenage friend had to be jettisoned as the franchise kept trying to get more and more serious. Having Robin around would be too 1960s, too camp; the Dark Knight is not a babysitter. Are you sure that’s what’s going on? Or would it be too dark, too gritty, to show Bruce Wayne regularly hanging out with a barely-pubescent child?

The sun is terrible as you approach the Batcave. No sound except a lonely wind, and the insects screaming in their holes. This sky, heavy blue, glowing like molten steel. Not the darkness of night; it’s a livid dark, and it burns. You don’t feel a chill as you approach the Batcave, but the hot breath of evil: everything cruel condensed to a single point, everything that was abstract calcified, on this speck of rock in the Caribbean Sea. Here it is: a bright temple to the perversity that rules the world.

SAM KRISS is a writer and dilettante surviving in London.