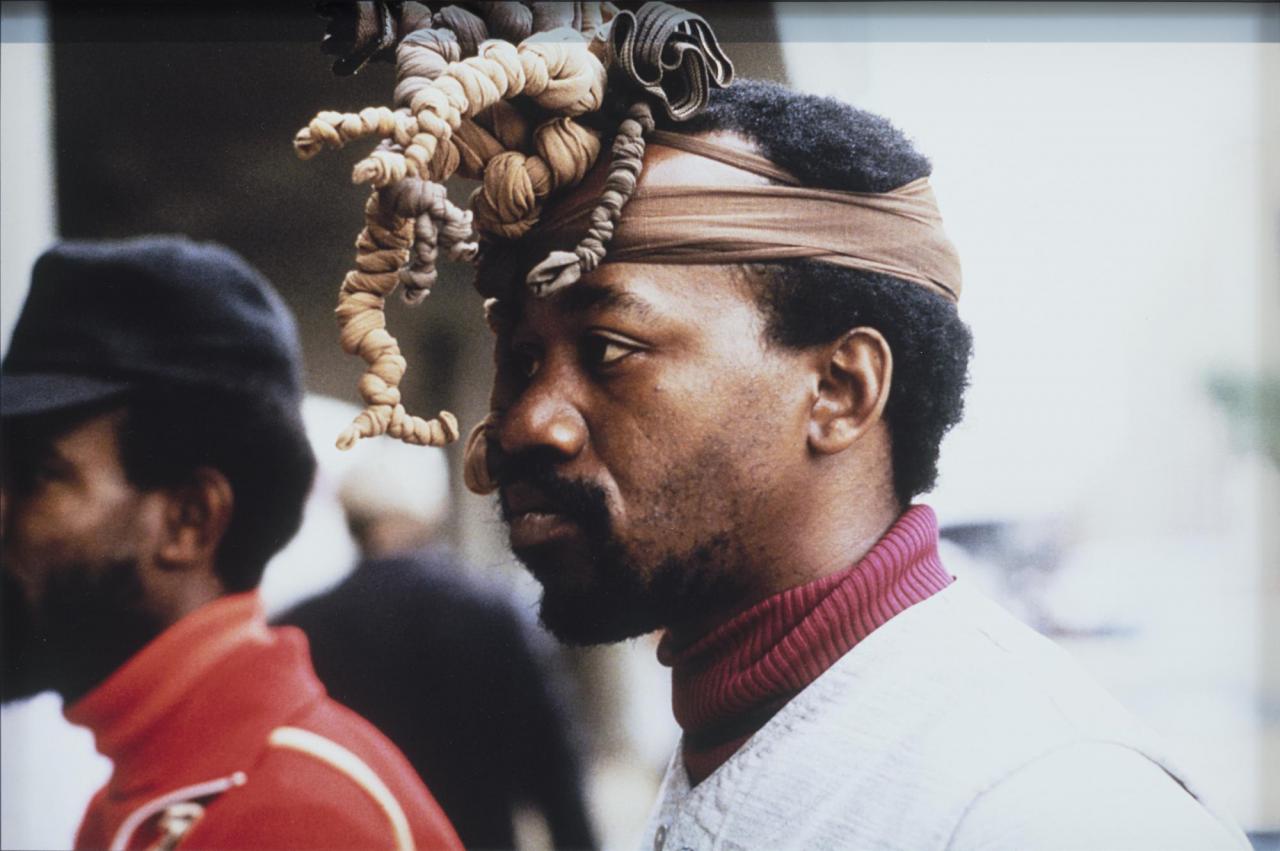 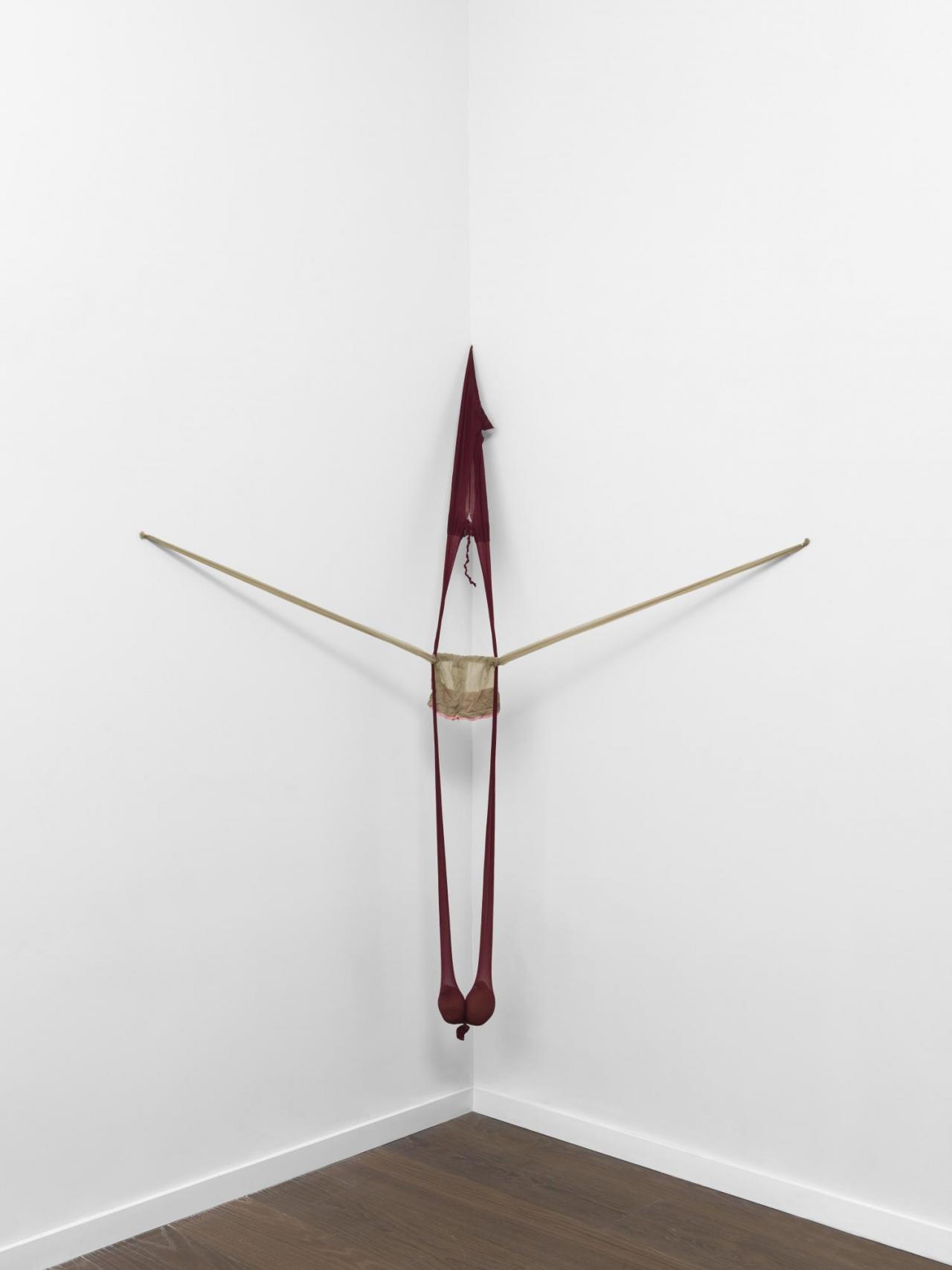 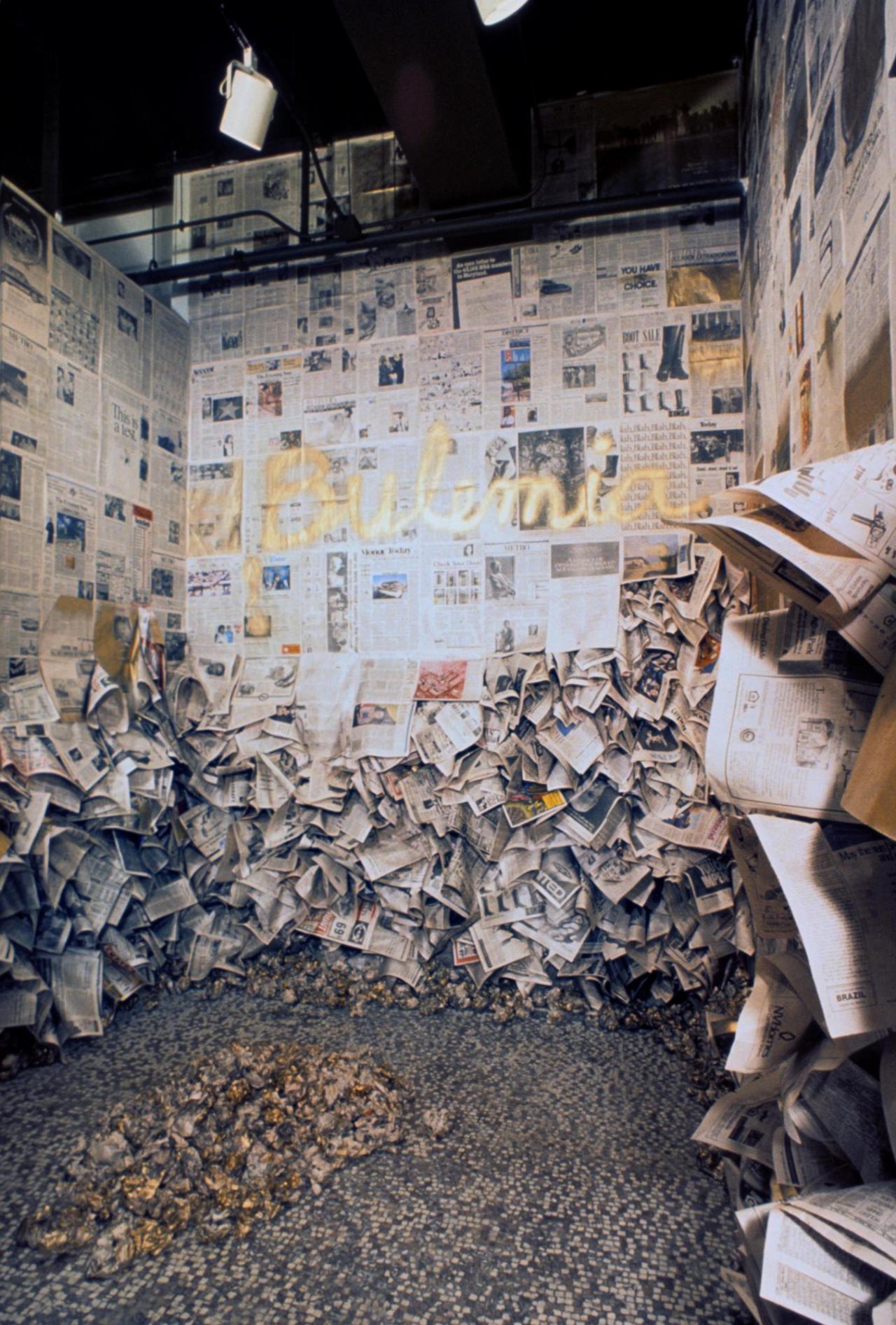 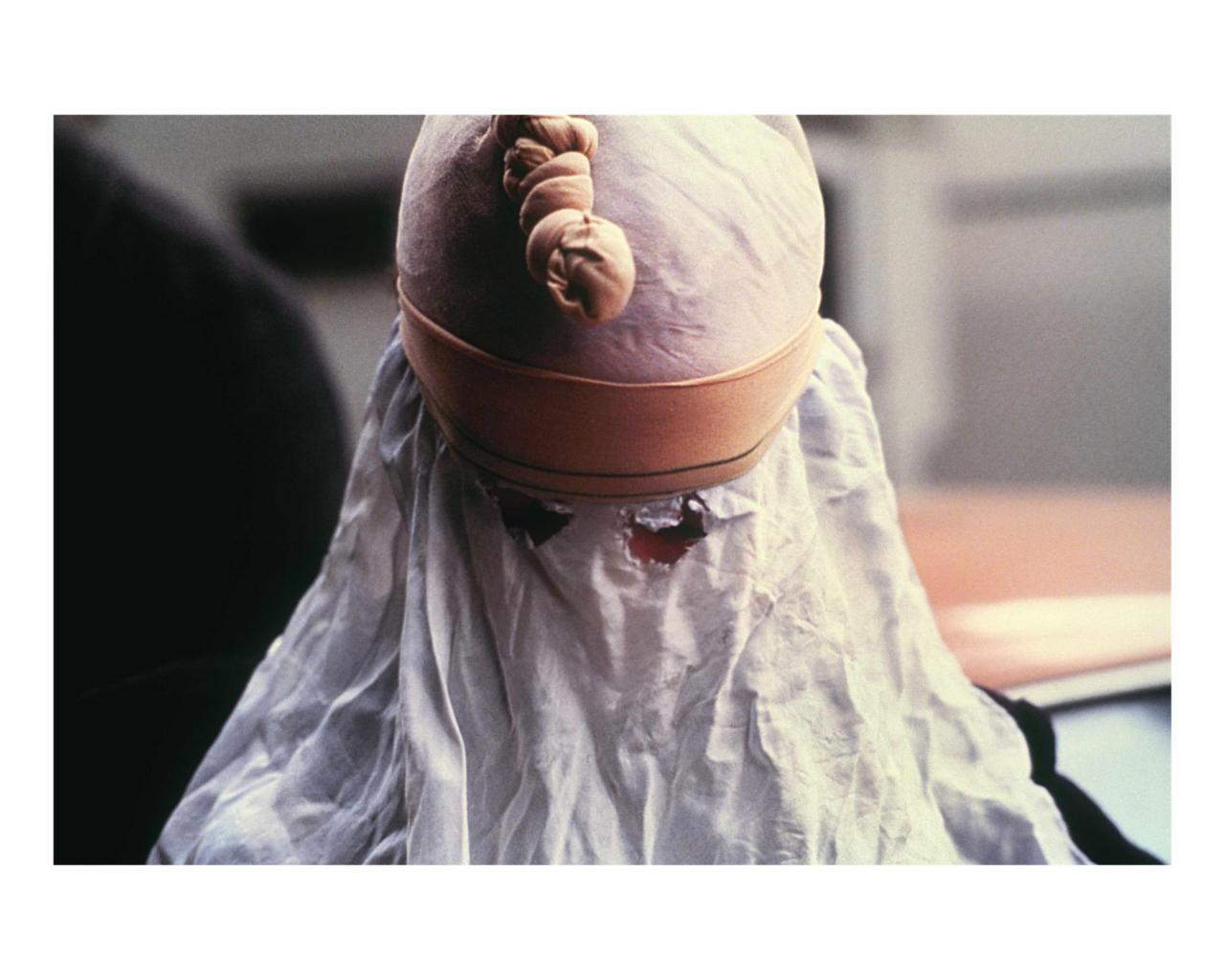 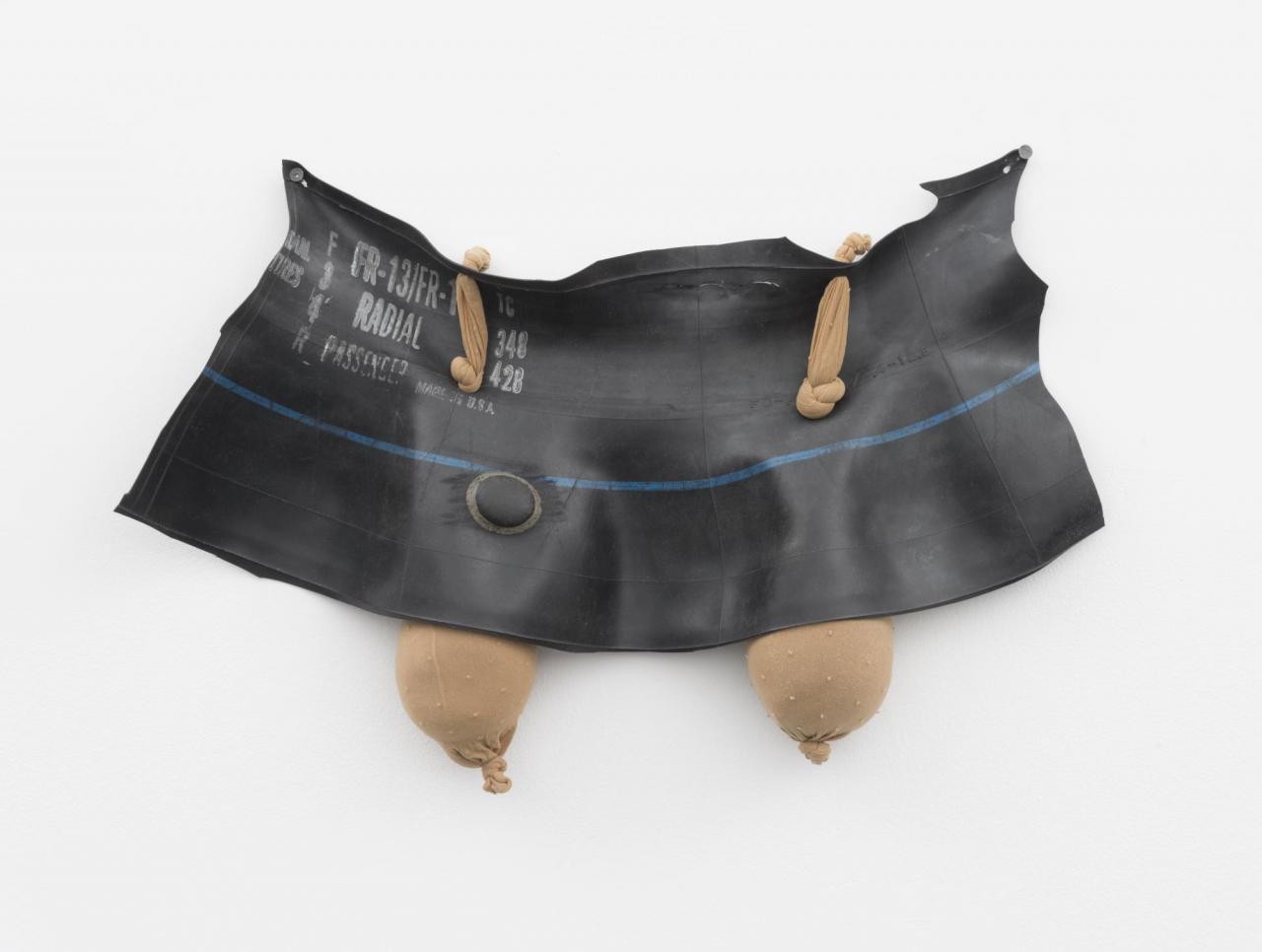 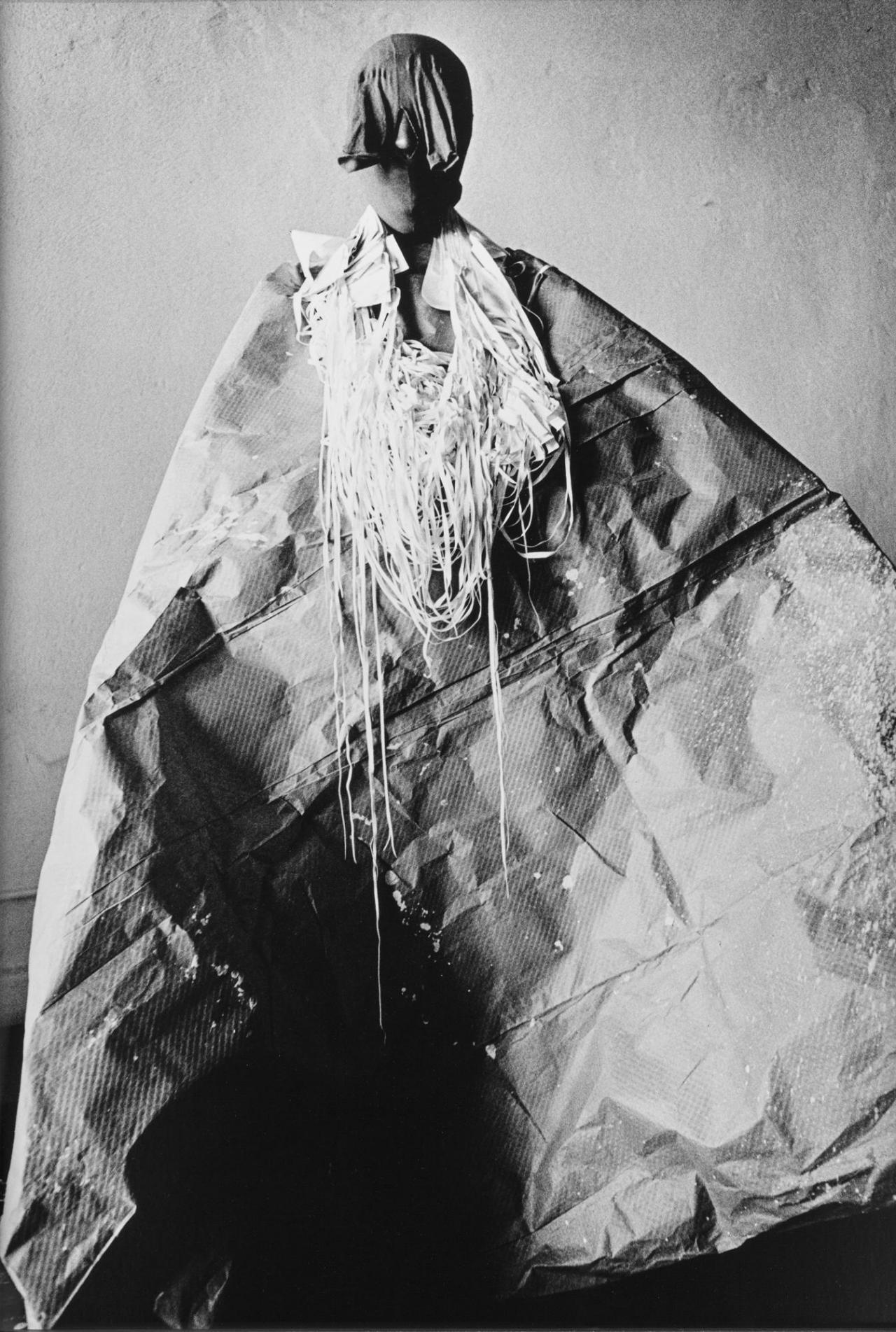 In the 1970s, Colorado-based artist Senga Nengudi worked in Los Angeles as part of an emerging community of African American artists that – alongside the political upsurge of Black Power – engaged in new ways of expression beyond the oppressive and colonial Western art canon. The corporeal aspect of her sculptures often recalls contorted flesh, suggesting genitalia and breasts, and places her into the feminist canon as well. Using quotidian materials to create installations, sculptures, and performances, she was a key participant in a new aesthetic formed through a black gaze.

Based on the recent purchase of four major works for the Lenbachhaus, this retrospective focuses on Nengudi’s material and process. The notion of shape-shifting informs the organic and processual understanding of her work. The performative aspect of her sculpture is apparent through the elements of improvisation, movement, and impermanence.

Dorothea Zwirner: The announcement for your exhibition shows a black dancer on all fours like a spider or bug in a web of nylon pantyhose fixed on the wall. I was immediately fascinated by the physical and emotional vibrancy of the photo, which belongs to the series “RSVP” from the 1970s. What is it that motivated you to do this series?

Senga Nengudi: I started with this series because I wanted to express the fundamental experience of pregnancy that I was going through, the ability of the female body to stretch to accommodate a new life, including the psychological stress and pressure you go through. Looking for an elastic material that reflects that state, I finally came up with the nylons as both a kind of skin and body. In the next step, I started filling them with sand, which gave some weight and the sensuality of a body.

Were you intent on the performative aspect from the beginning?

No, first there were the sculptures, and then I had the idea of performing with them like a dance partner. I wanted that kind of interaction, I wanted to be with it. But these were very private performances. Working with my friend and collaborator Maren Hassinger, I finally gained enough confidence to hold public performances.

It is only recently that audiences in Germany became acquainted with your work. What prompted this late recognition?

This was a slow process in Europe, but I had shows in Paris 2006, at White Cube in London in 2014, and recently with Sprüth Magers in Berlin and London. Even in the US it took at least twenty years. It was my friend, the artist Lorraine O’Grady who first persuaded me to show my “RSVP” pieces again. Then my gallerist Thomas Erben exhibited the series in New York in 2003. This show got such a great response that it was a turning point in my career.

As a black female artist working in the field between sculpture, performance, and dance, you had – so to speak – three kinds of disadvantages.

Yes and no. Any disadvantage is an advantage at some point because the marginalisation of Afro-American or female artists allowed me to operate in the shadows. Today, young black artists graduate straight out of college and have an amazing career. Back in the day, it was impossible to break through that quickly.

Not only the elasticity of the nylon sculptures, but also the flexibility of the dance has this strong physical, sensual, and feminine vibrancy. Do you consider yourself a feminist artist?

I’m not particular about labelling myself. But my “RSVP” series certainly puts me in the realm of feminist art. My work comes out of my experience as a black woman in the US, and as a mother. All my pieces were expressions of this experience physically and psychologically, especially as a black woman of a certain body type.

Stephanie Weber, the curator of the show, speaks about your “laid-back cultural eclecticism.” What are some elements of this?

There are cultural influences from my own African American background, West African dance, traditional Japanese theatre, free jazz, post-Minimal art, and junk art, just to name the major sources. Many of these influences are clear in the show: there are reconstructions of my early “Water Compositions” (1969–70), photos of my sculptures from fabric, which I installed outdoors in the early 70s in Harlem, as well as videos and photos of performances with artists friends from the 70s and 80s. In addition, the installation Bulemia (1988) is on display, a kind of hideaway or utopian place, revetted with newspaper.

Is there a connection between your artistic, educational, and social work?

Yes, for me the art experience – be it direct or indirect, through teaching and exposure – is critical. It can stimulate a human being to go above and beyond their perceived self. To develop cultural literacy in a community where there is little diversity is very important. The Sankofa African Dance & Cultural Organization, of which I am a founding member, was set up to present various aspects of our culture, such as African dance, philosophy, folklore, and crafts. The purpose was to expose pupils to another culture other than their own. There is no hope if we cannot connect together, one-to-one, and value each other and the culture behind the person. It’s a bit like the interaction between man and woman who create a child which is neither one of them but something else in itself. Also, in art, it goes beyond appreciation, to the generation of openness and new thought.