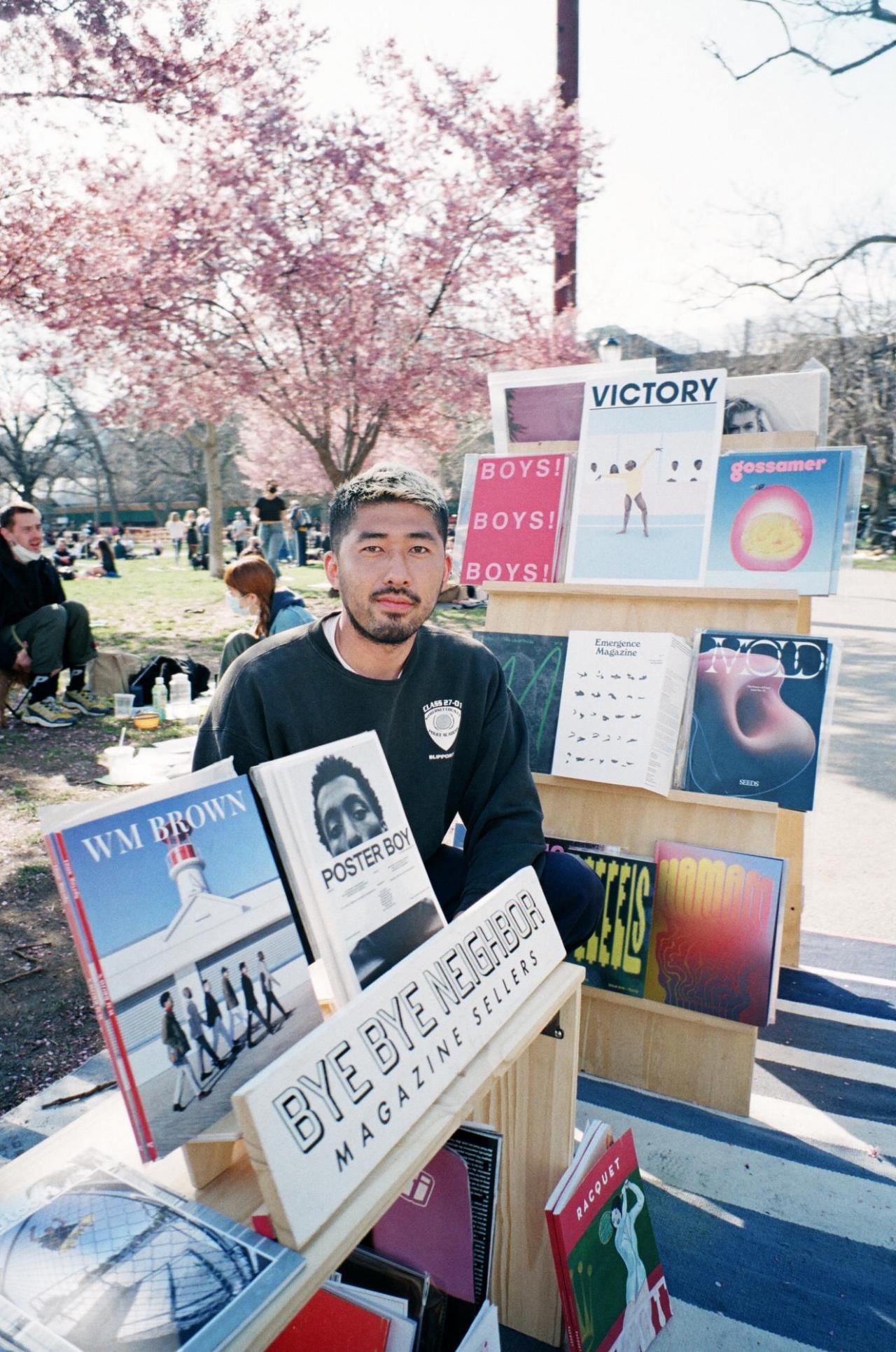 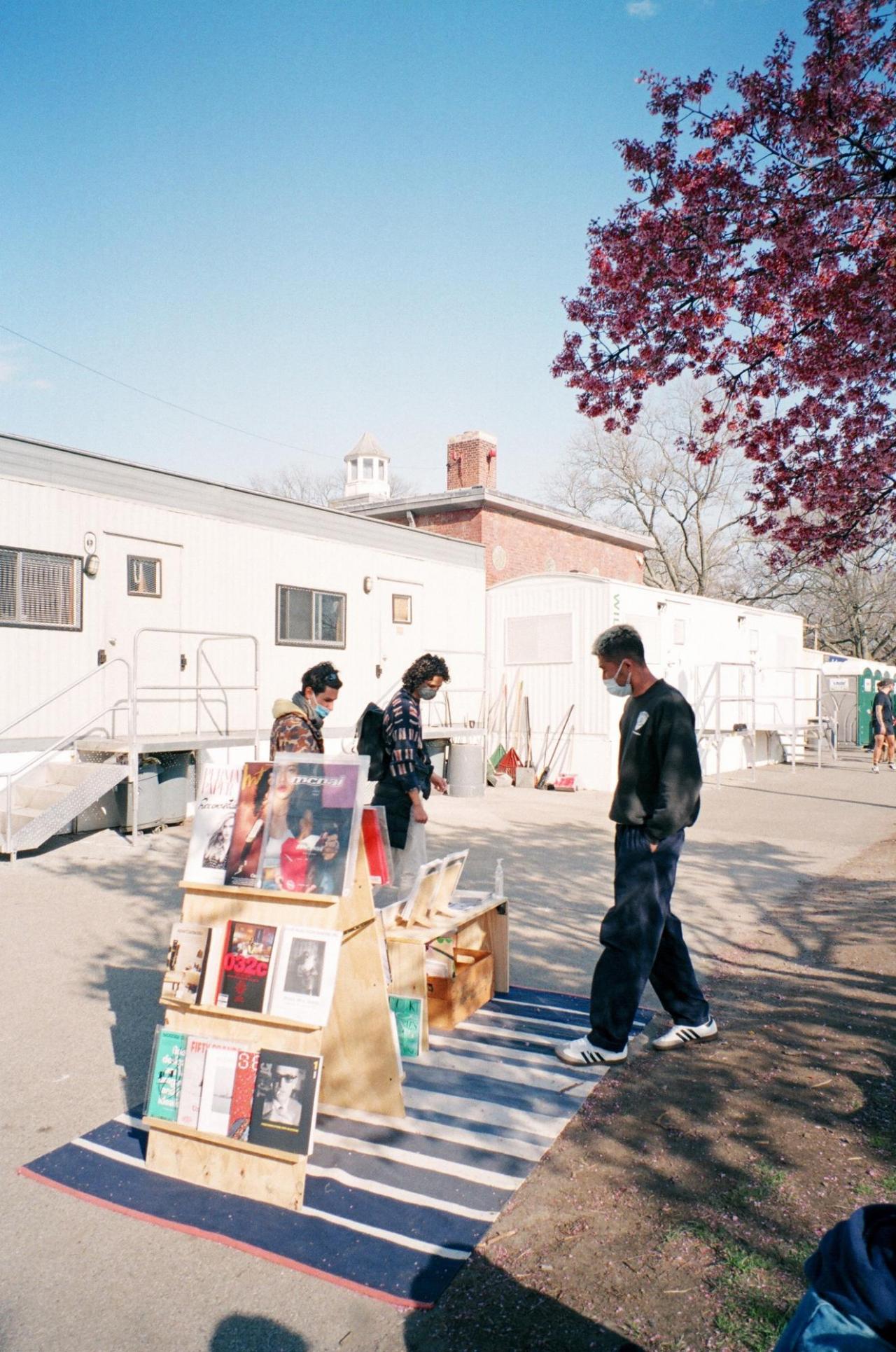 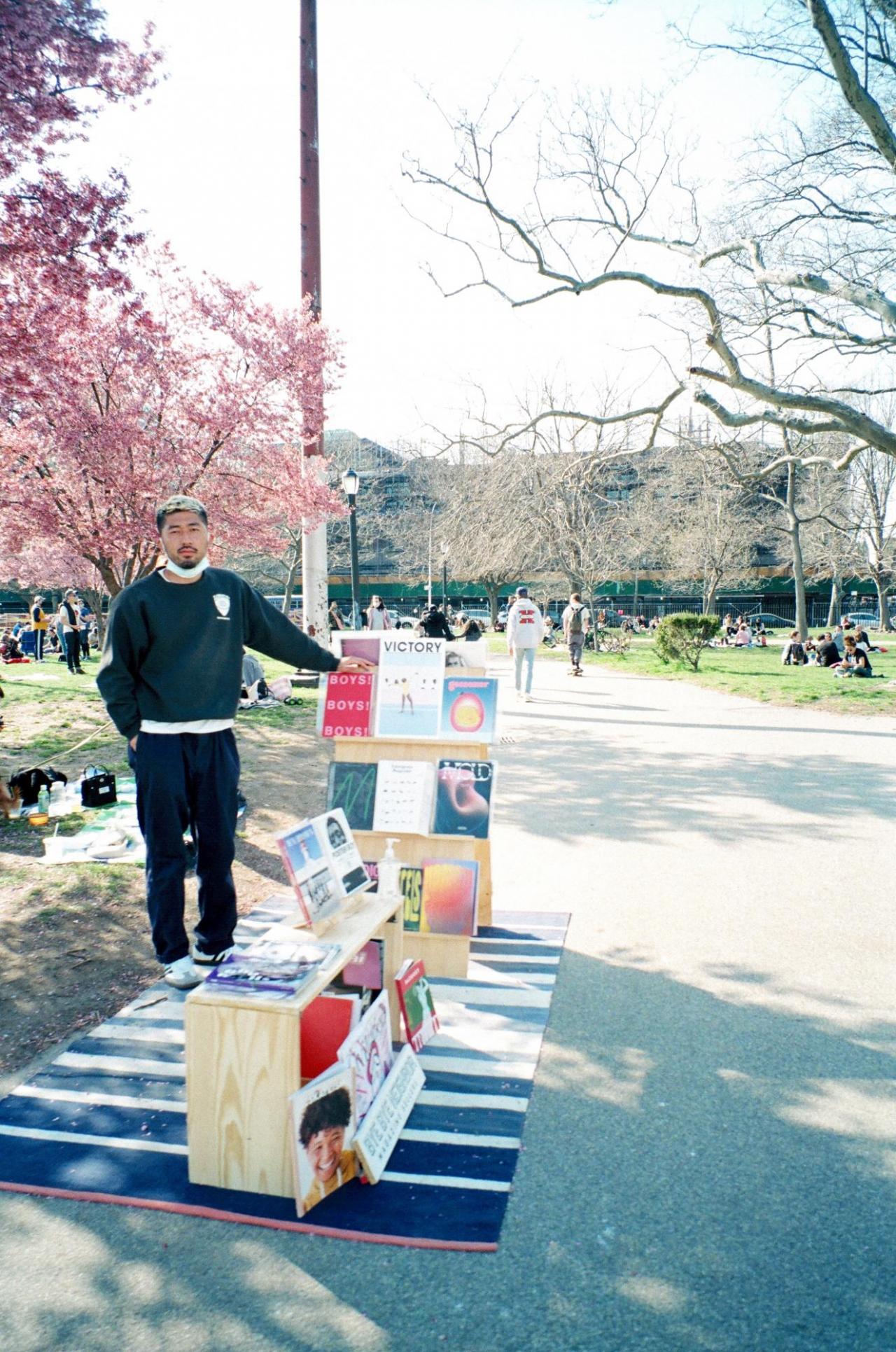 The heat of summer is upon us – and thanks to New York's roving pop-up magazine shop Bye Bye Neighbor, you can laze in the sun and leaf through a publication in the great outdoors. Alexandra Germer spoke with the curatorial brain behind this bespoke mobile mag stand.

Alexandra Germer: To start, I was hoping you could tell me a little bit about how you started Bye Bye Neighbor, what the backstory is.

Bye Bye Neighbor: I’ve been working in the bookstore industry for a long time. First in Tokyo, where I’m from, then, after I moved to New York, at a bookstore called McNally Jackson Books. I’m in charge of magazines there, and I’ve seen lots of magazines come through, especially independent magazines. There are so many great ones, but not many places selling them. So I wanted to create such a place.

AG: So you founded Bye Bye Neighbor in 2019, and it’s been mostly a pop-up store – or mostly delivery? – what’s the process?

BBN: It started as an online store. But I enjoy recommending and selling magazines to people in-person, so I decided to do pop-ups at parks as well.

I feel like, in the States, magazines are treated almost as an afterthought. They’re just kind of on the racks, sitting there in grocery stores.

AG: So you would mostly go to parks? Where else have you had pop-ups?

BBN: Mostly parks, but I want to try doing them at other places too, like maybe beaches during the summer.

AG: Do people tend to buy them and then read them in the park?

BBN: It varies. Most people take them home, I think.

AG: Is it a broader public than what would normally happen in a bookstore or magazine store?

BBN: Yes, parks are great because there are so many random people. And many of them are seeing the magazines I sell for the very first time. I love that. I love helping people who otherwise might not have the opportunity to discover new magazines.

AG: Is there one that’s been most popular or one that you’re particularly excited about carrying? Do you have a favourite?

BBN: Yes, a magazine about creative people called Nomad Interview. Two or three years ago, its creator came in to the bookstore I was working at to ask if we would carry it. He was really nervous. He came all the way from Korea and told me he created the magazine all by himself. I saw it and I was like – this is a really, really high-quality magazine! It’s still one of my favourites to this day.

BBN: I was impressed because I felt the passion behind the magazine’s creation. That’s what draws me to magazines. I can appreciate the design and the creative aspects, but I never judge magazines based on those things alone because I’m just a bookseller, not a designer or anything.

AG: How would you describe the difference, if there is one, in magazine culture between Japan and New York? Have you noticed anything different?

BBN: I feel like, in the States, magazines are treated almost as an afterthought. They’re just kind of on the racks, sitting there in grocery stores. But in Japan, they’re handled with more care, like pieces of art. The way they’re displayed and the way they’re sold are very different.

AG: Why do you think that is?

BBN: I think product presentation in Japan is just handled with more care in general. Also, Japanese people are big collectors of things. The physical object itself is of value. But here, in the States, I think, it’s more about the content and function.

AG: Interesting, cool. My last question was about – I saw this section on your website where you sorted the magazines by mood. What made you do that? What was your thinking?

BBN: I started my magazine store because I think there are so many great independent magazines out there. But finding new ones you might be interested in can be hard and intimidating. So, again, I wanted to help people with discovery, make these magazines more accessible. Moods and feelings are universal and easy to understand, so I thought: if someone’s in *this* type of mood, then they might like the themes in *this* magazine. I think it’s a great way to bring magazines and people together.

SHOPTALK is a monthly(ish) feature where Spike explores book and magazine shops across the world. For the last installment, we spoke with Corina Reynolds from New York's Center for Book Arts, the first nonprofit dedicated to books as artwork in their own right.