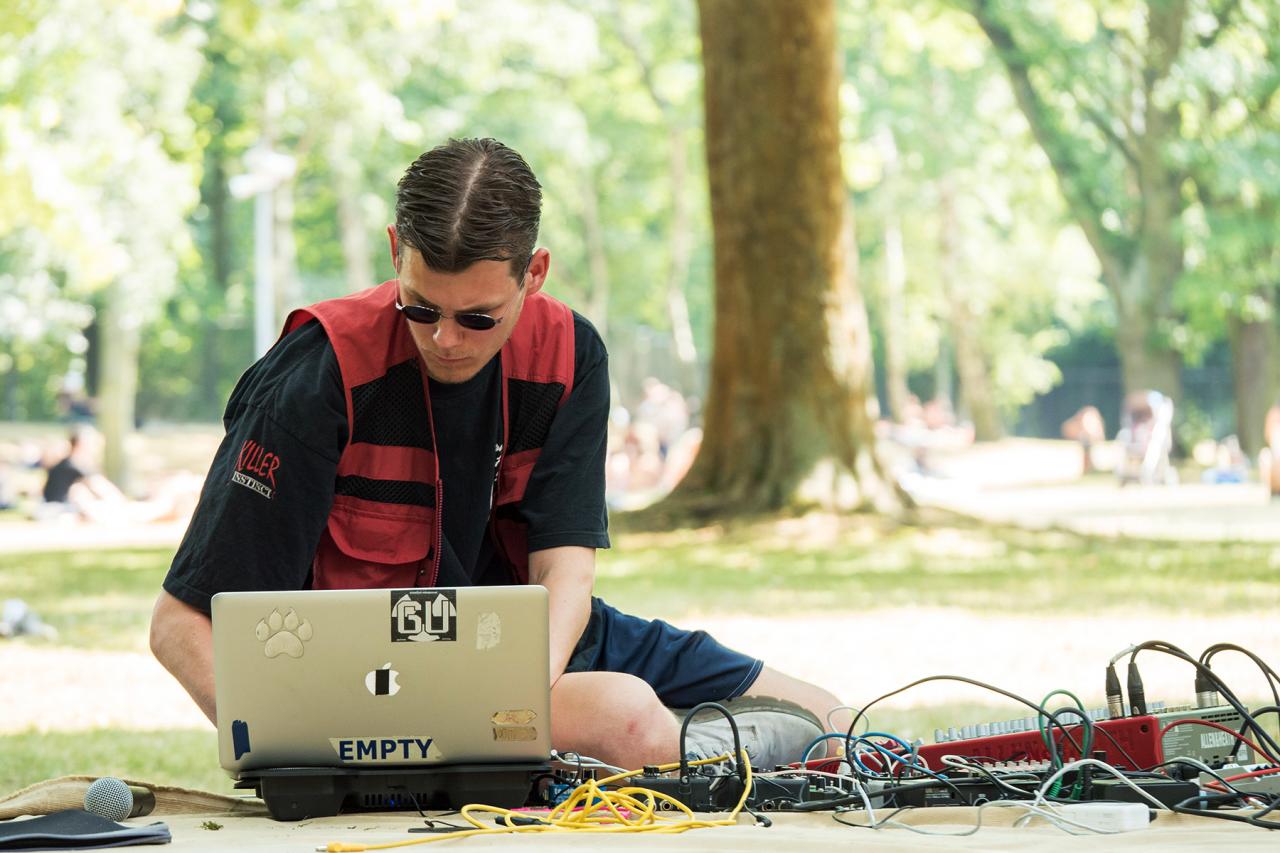 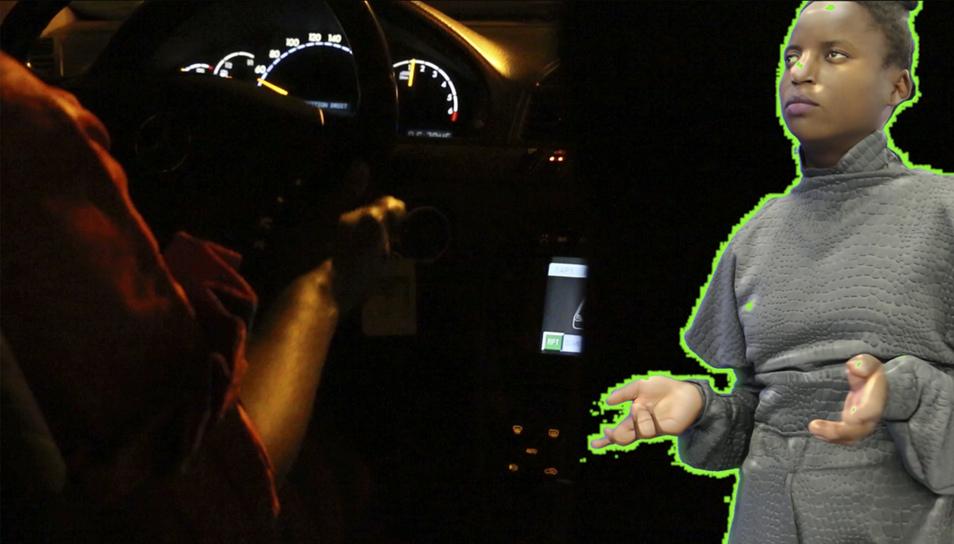 Spike is pleased to present

“The Day Whose End Will Not Be an Evening” is a participatory installation that gives a sense of the Spike universe – the magazine, the writing, the design, the events and exhibitions, the friends and the community. We will draw on moments from the history of the magazine that feel especially relevant today and transform them into something new. There’ll be printed text on things that aren’t paper, printing presses serving as pedestals, illustrations reborn as fashion, Spike Editions for sale, an art fair soundtrack, and drinks shaken and stirred. The installation has its corollary in the Spike Forum of talks and panels curated for the Joinery: The artist as X.

LISTE newly initiates the Joinery – a cultural incubator and think tank for and with contemporary art within the fair. It’s mission is to reveal and classify artistic developments through research, analysis and discussion of political, social and economic conditions. For 2019 LISTE invited Spike, who also represents our special guest in the printing workshop, to curate a 6-day program including a daily event from June 11–16, 2019.

In recent years, artists have become more inclined to develop their artistic work in the form of ordinary retail products such as baseball caps or matcha tea, as influencers in social media or as a start-up. With the corresponding redistribution of roles among artists, gallerists, curators, collectors, and an expanded audience, a new understanding of art as product and evolving artistic practice emerges. Artists create role-playing games in which ideas are played through completely immersed. For instance, when an art project functions as a company, the classical classifications (materiality, authenticity, exclusivity) and times of production and entry into the market change inevitably. As a result, the perception of art and its understanding need reassessment, classical hierarchies are broken up and existing reference and value mechanisms are exchanged. Precisely because the products do not deliberately point to any hidden interpretations or are meant as ironic comments on a global consumer society, they cause irritation in the observer.

Understanding the connections between the various production and presentation models of contemporary art is a crucial step in order to classify the latest developments in such. Galleries and art fairs are important hubs where art is physically experienced and an intense exchange takes place between actors of the art system. Spike's program for the Joinery aims to identify more hubs and reveal fluid connections and feedback between all nodes on the network. Ultimately, the Joinery wants to establish the fair itself in a variety of artistic mediation and practices.

How can we create structures that maintain the possibility of independent artistic production? What changes when artists set up alternative economic systems so that they don’t have to rely on the existing mechanisms of the art market. It may lead to greater freedom but also creates other forms of dependency: whether on public funding, private donors, or the vagaries of the market in the respective field of business. Are there new financing models that can rival the established ones? How well do they work?

Ed Fornieles is a British artist based in London. His practice spans various mediums, including installation, sculpture, film, performance, and social media, and centers around the subject of the society and culture in the digital age.

Omsk Social Club lives and works in Berlin. Omsk Social Club is constantly observing and questioning the concept of Self, Individualism and the community both in off and online scenarios.

What is the role of the artist in contemporary corporate culture and the digital platform economy? What does participating in this world say about one’s politics? Many artists keep their position deliberately ambiguous – affirmative and critical at once. We need new tools to understand what is happening, where it might lead, and how it will destroy models of identity and habits of thought that were long taken for granted.

Jeanne-Salomé Rochat is the creative director behind Novembre magazine.

Julian Zigerli is a Swiss fashion designer based in Zurich. The label is famous for its collaborations with artists from all different areas.

Toke Lykkeberg is an art critic, curator, and director of Tranen Contemporary Art Center in Denmark.

How can we discuss the entanglements of art, its market as the pinnacle of all markets, and the technologies and media it uses and produces? What are the values – social, political, financial, mathematical – that go into the equations and algorithms that define artistic, collective and capitalist interactions? Where does art end and trade begin? The panel aims to view technologies, finance and art from different angles and a non-human, infrastructural perspective.

Elie Ayache is CEO of the financial software company ITO 33 and author of various texts on the philosophy of contingent claims and derivatives trading, including “The Blank Swan: The End of Probability” (2010) and “The Medium of Contingency: An Inverse View of the Market” (2015).

Kei Kreutler is a Berlin-based researcher, designer, and creative director of Gnosis, a forecasting and information aggregation platform on the Ethereum blockchain.

Paul Feigelfeld is a culture and media scholar and curator. He is currently teaching at the Art Basel and Strelka Institute Moskow and is the guest curator of the Vienna Biennial 2019 for “Uncanny Values: Artificial Intelligence & You.”

VR has made great inroads into the art world in recent years. Although it is not yet a mature technology, it is one that has attracted tremendous attention and investment. Related to this are questions for a new art form: VR art. How are works in this medium designed, exhibited, collected, archived, bought and sold? When there is no need for white walls or wall texts, and the visitor becomes an avatar, the art system’s historical dependence on the white cube begins to dissipate.

Sandra Nedvetskaia is a Moscow-born art dealer and partner at Khora Contemporary, the first production company focused on creating artworks in VR with contemporary artists.

Nina Roehrs is co-founder of the Zurich based gallery, Roehrs & Boetsch.

Jakob Kudsk Steensen is a Danish artist based in New York. His work deals with a combination of imagination, technology and ecology, using mediums such as VR and video installation.

The gap between rich and poor is bigger than it has been for a long time. In art, too, there is the 1% and everyone else. What are feasible survival models for artists today: taking a job on the side, or founding a company? Does the function or job description of a gallerist have to change? What are some possible ways to support art that is not designed for the market? And what can we learn from history that might be useful for today?

Chus Martínez is a curator and head of the Institute at the Hochschule für Gestaltung und Kunst in Basel.

Sun, 16 June, 4 pm
You Are All You Need
Performance by Sandra Mujinga
with Terese Mungai-Foyn and Mariama Ndure

In Sandra Mujinga’s performance You Are All You Need (2019), two artists who have withdrawn from the public eye reflect on their return, in the aftermath of a seismic event that may have been caused by one of them. The performance negotiates destabilised self-representations, manoeuvres opacities, and investigates how invisible bodies, even when given a visible platform, can be endangered. Mujinga draws connections from the structure of talks and panels to geological events to the politics of representation and self-preservation.

Sandra Mujinga is an interdisciplinary digital artist born in the Democratic Republic of Congo, and currently living and working in Berlin and Oslo. Mujinga’s work engages contemporary digital technologies as an exploration of her subjective experience.

Join us to celebrate the 15th anniversary of Spike!

Jan Vorisek
RADIATORS IN THE SKY. Drone in the Park – Field Recordings and Feedback of the Sun, 2018