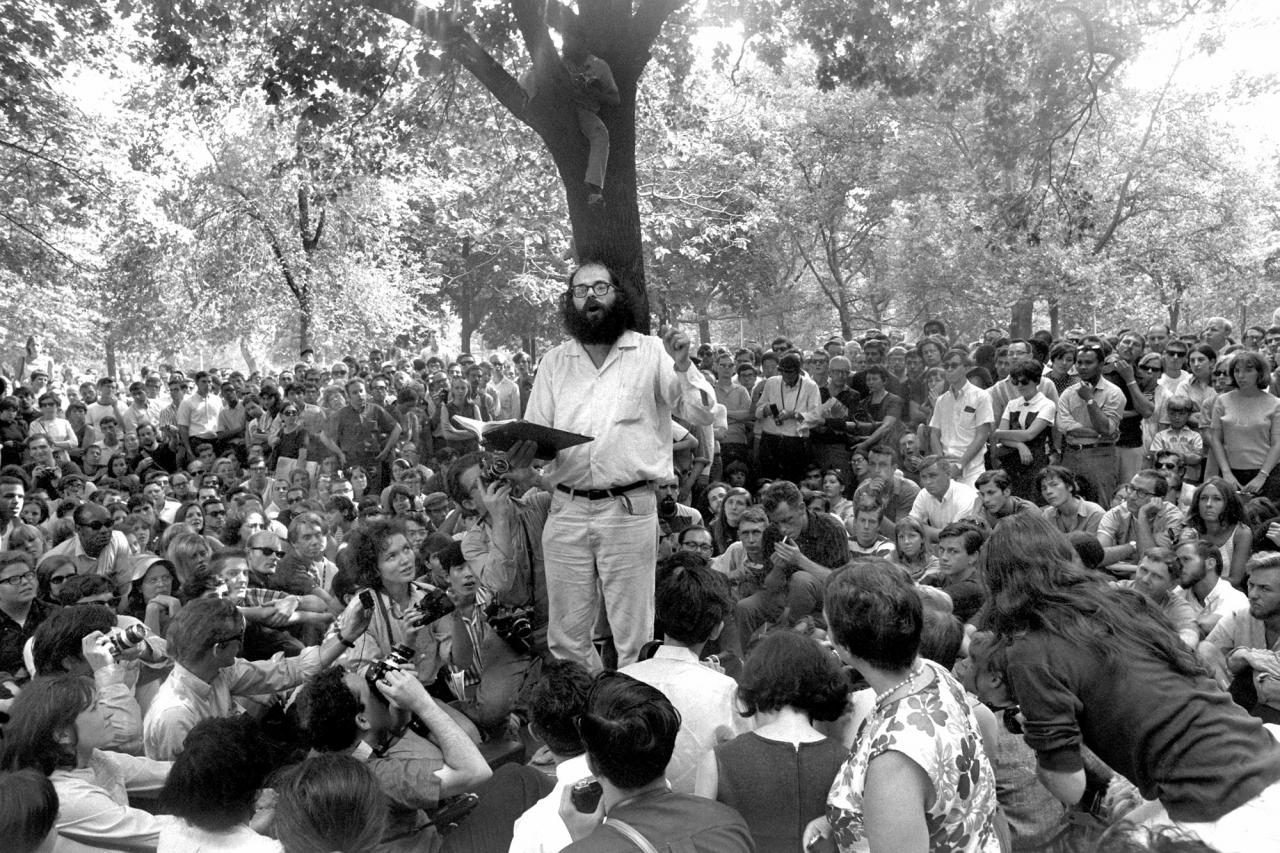 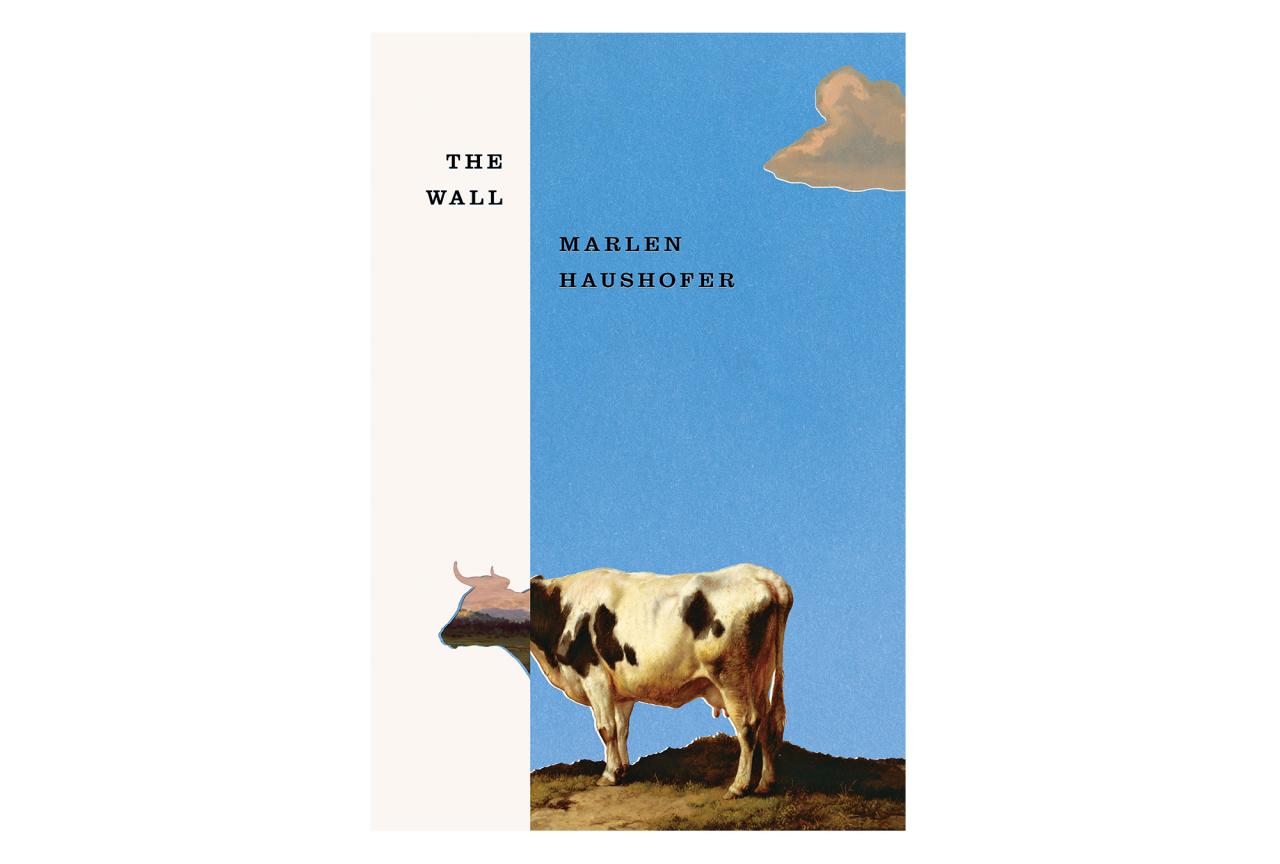 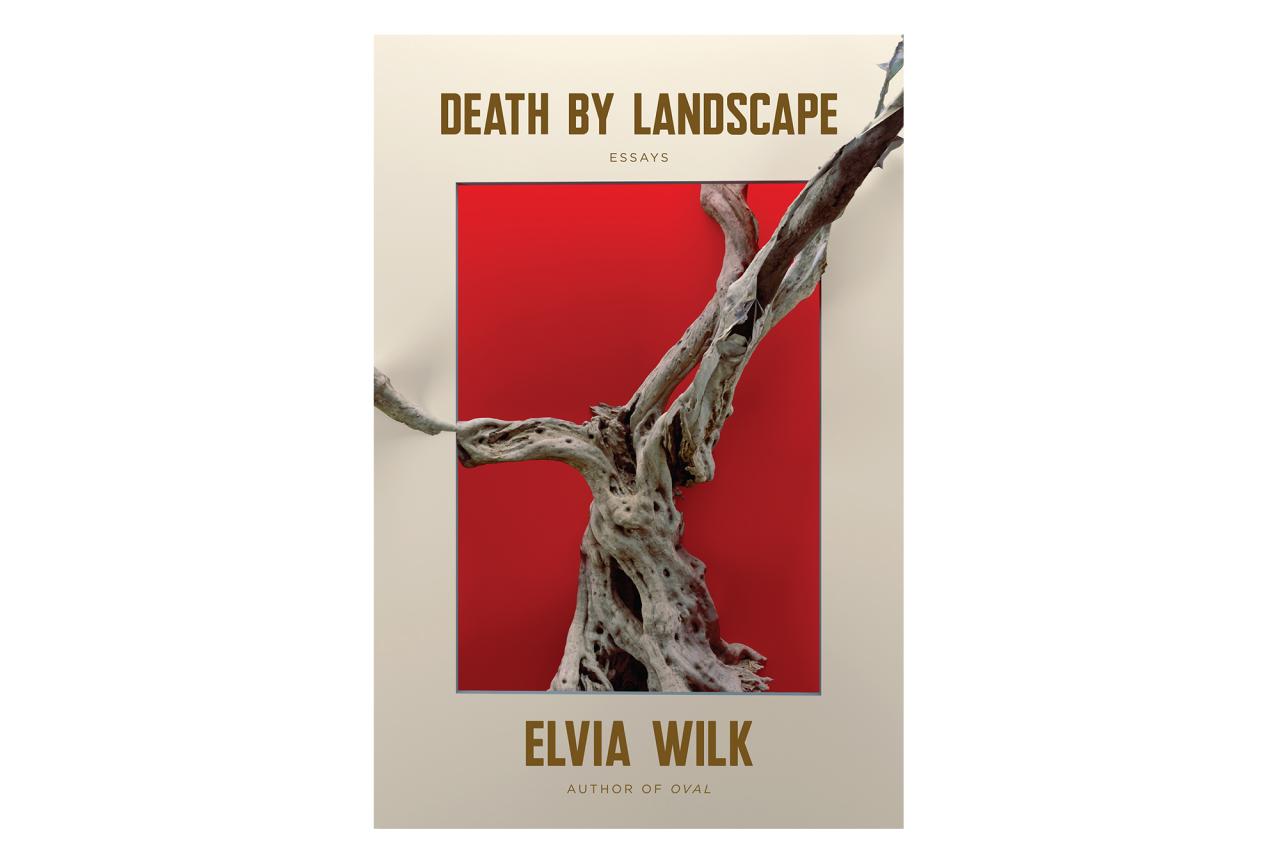 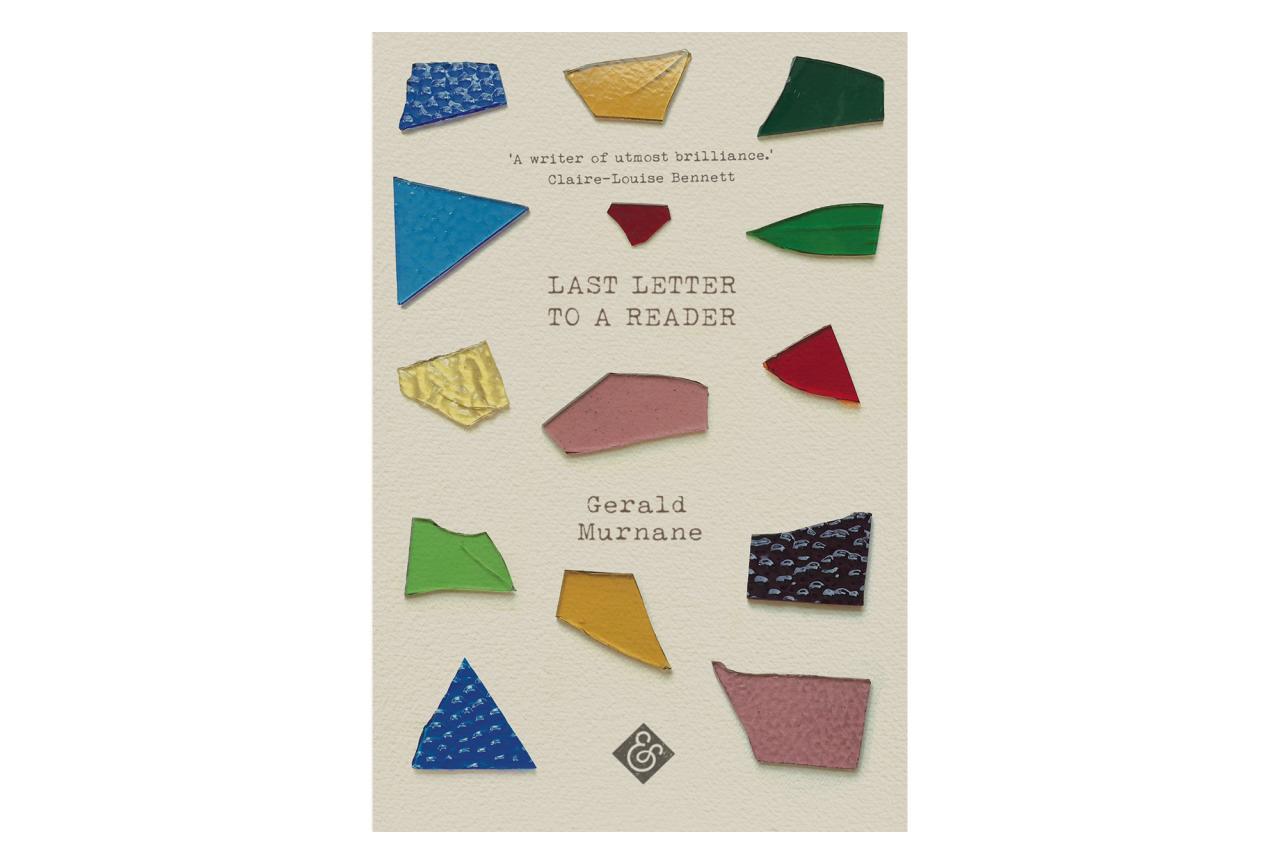 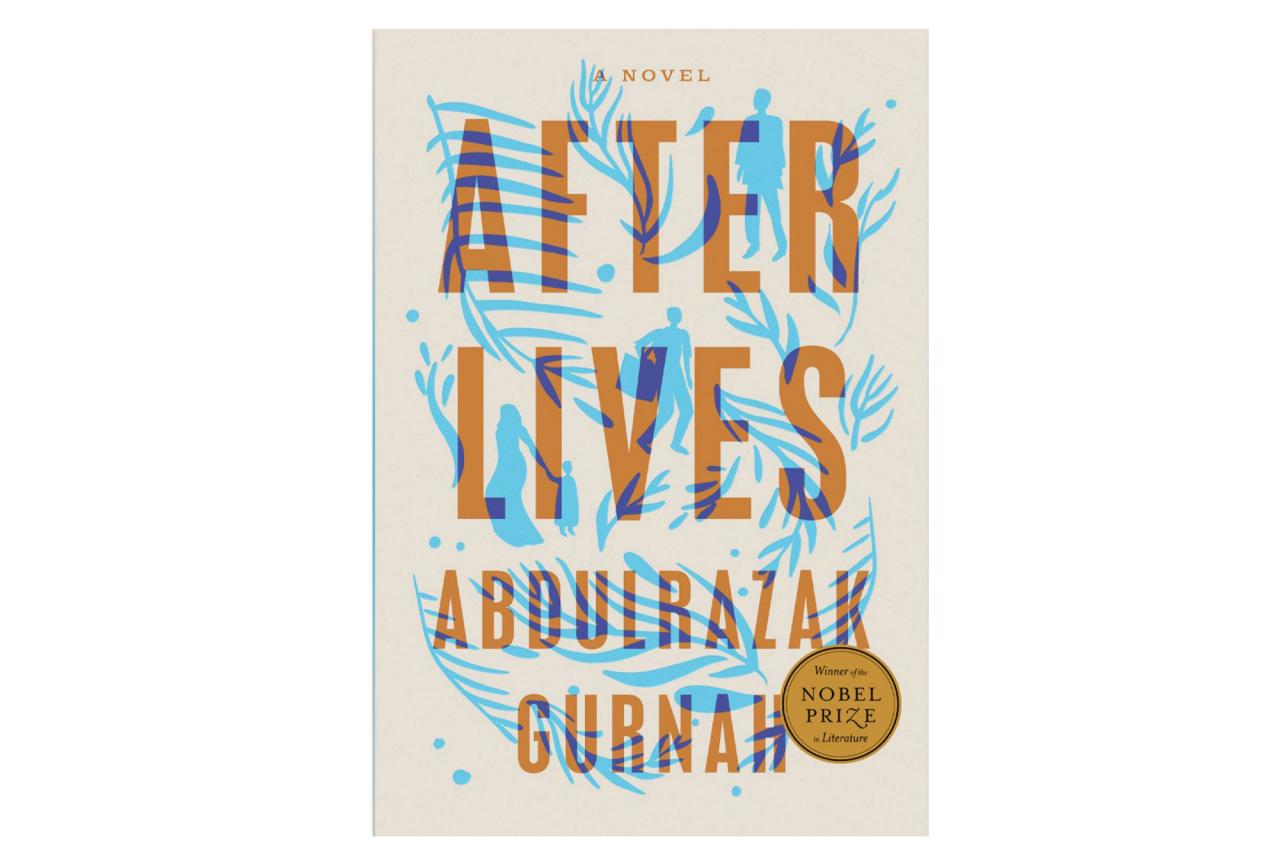 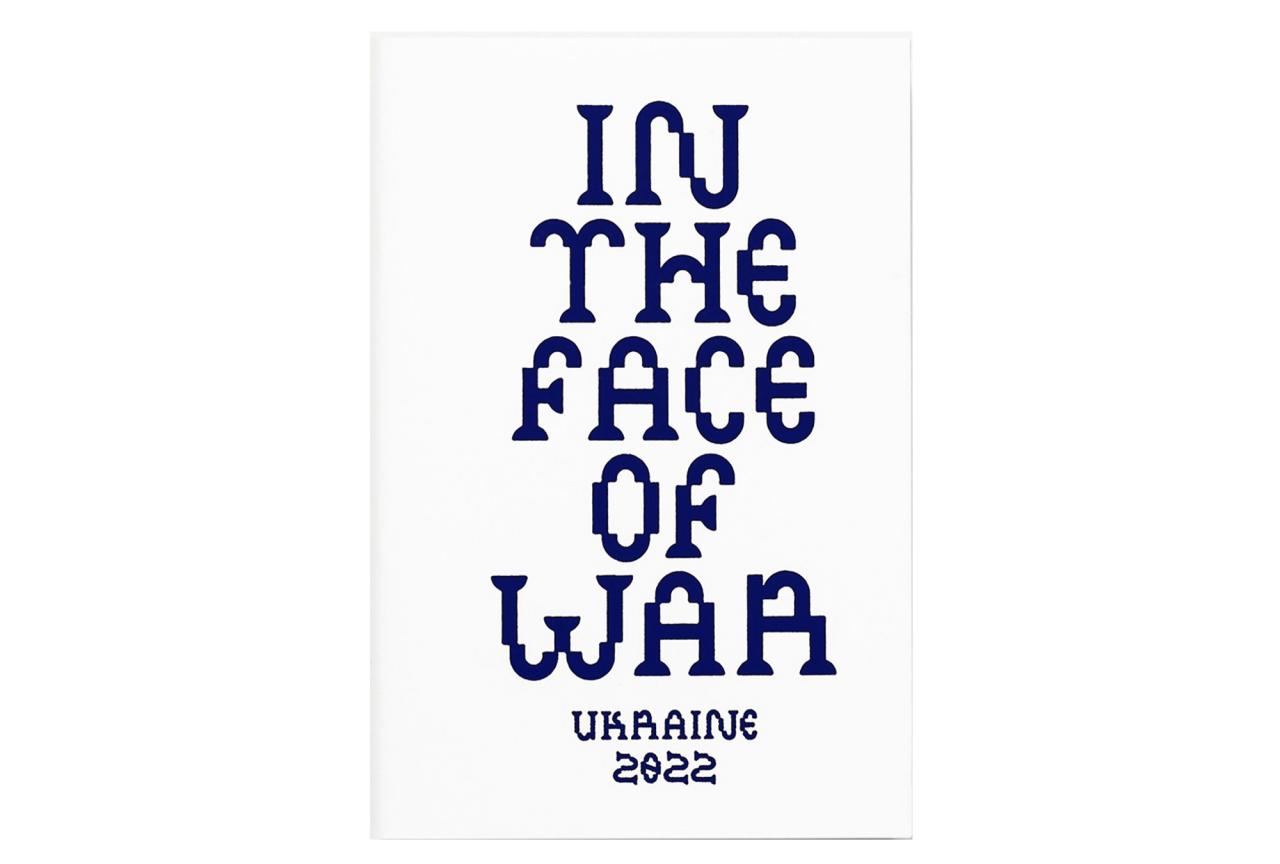 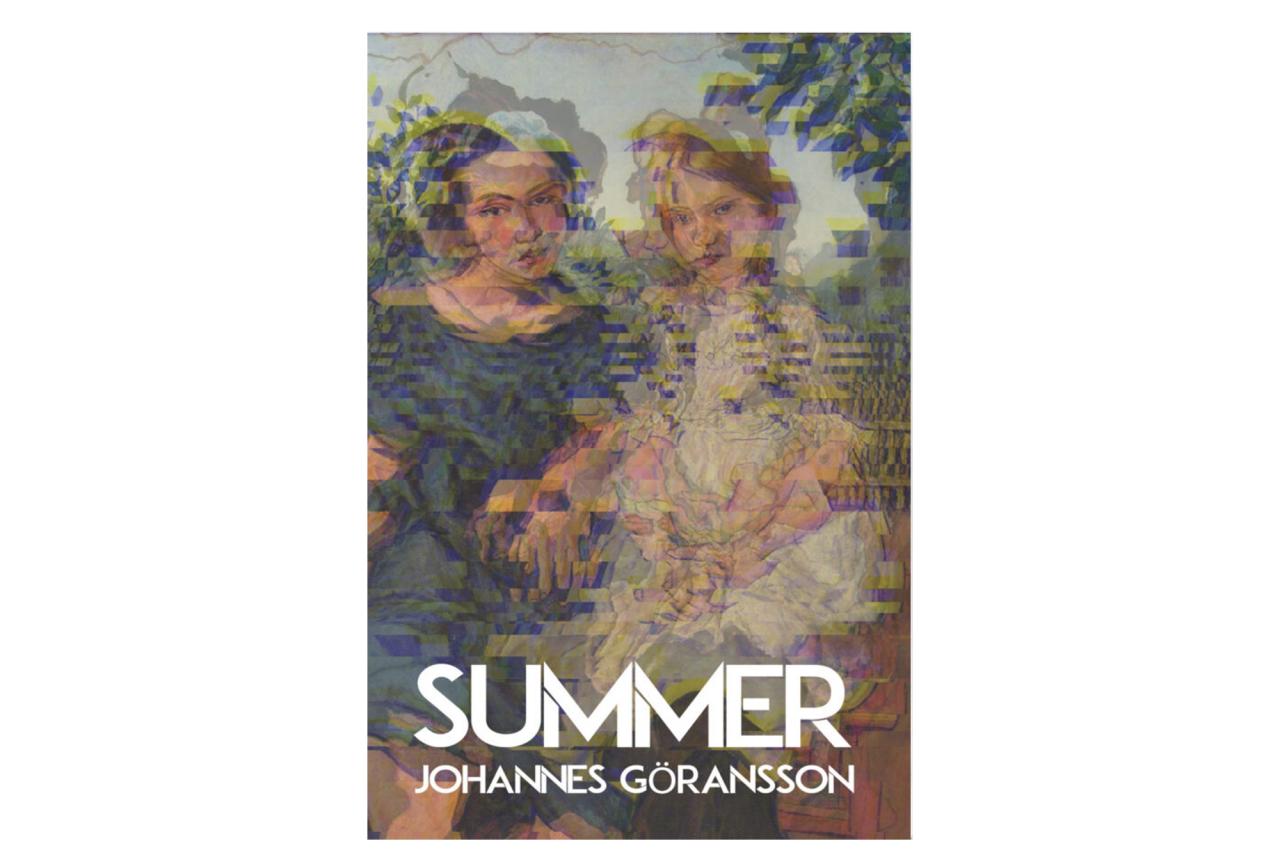 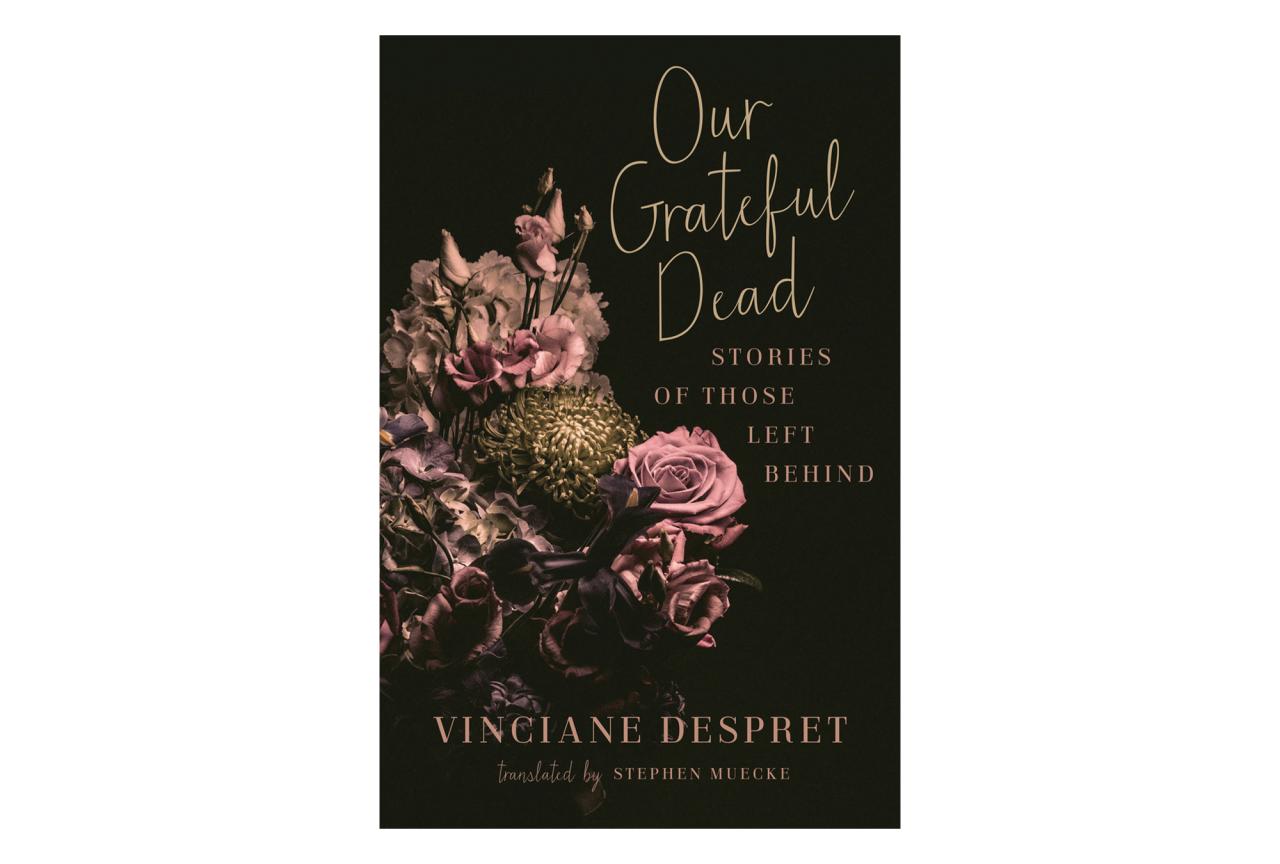 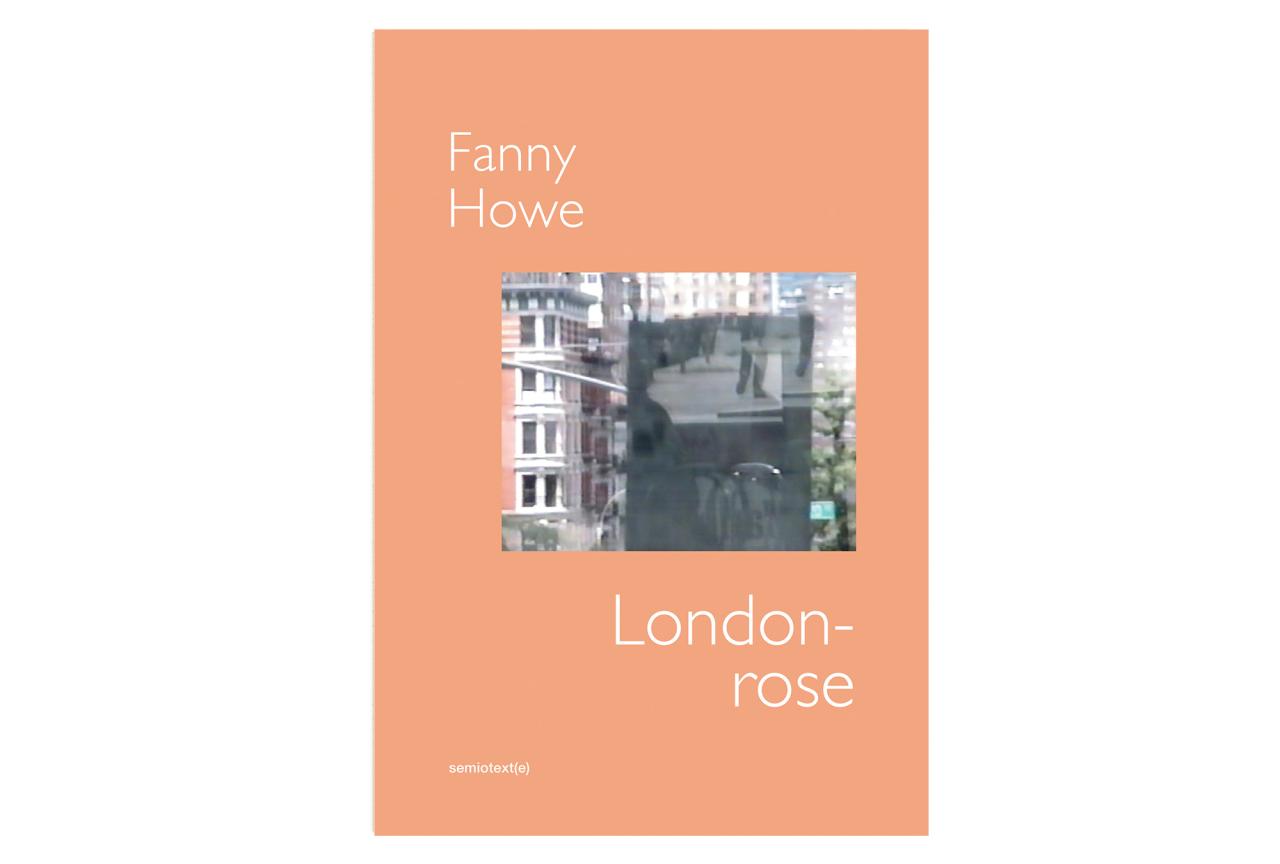 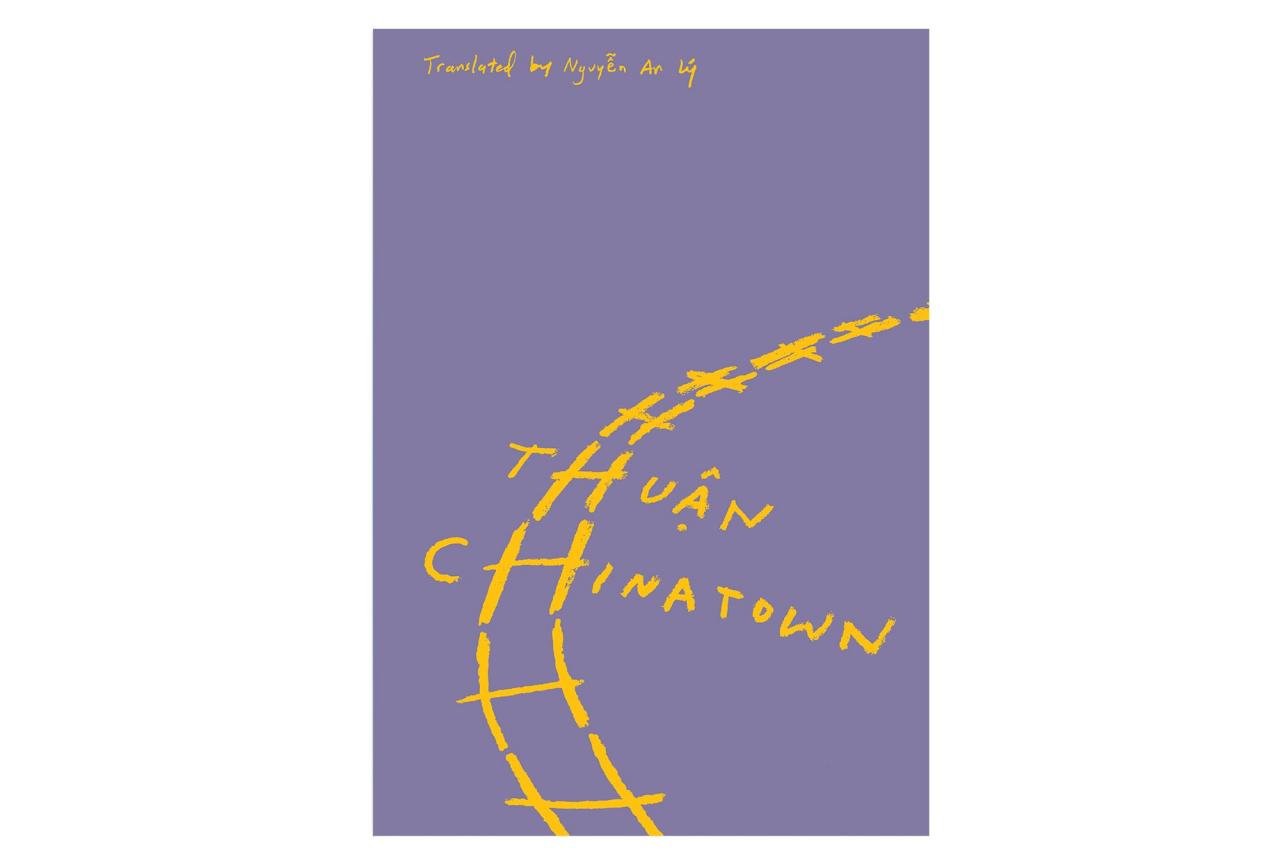 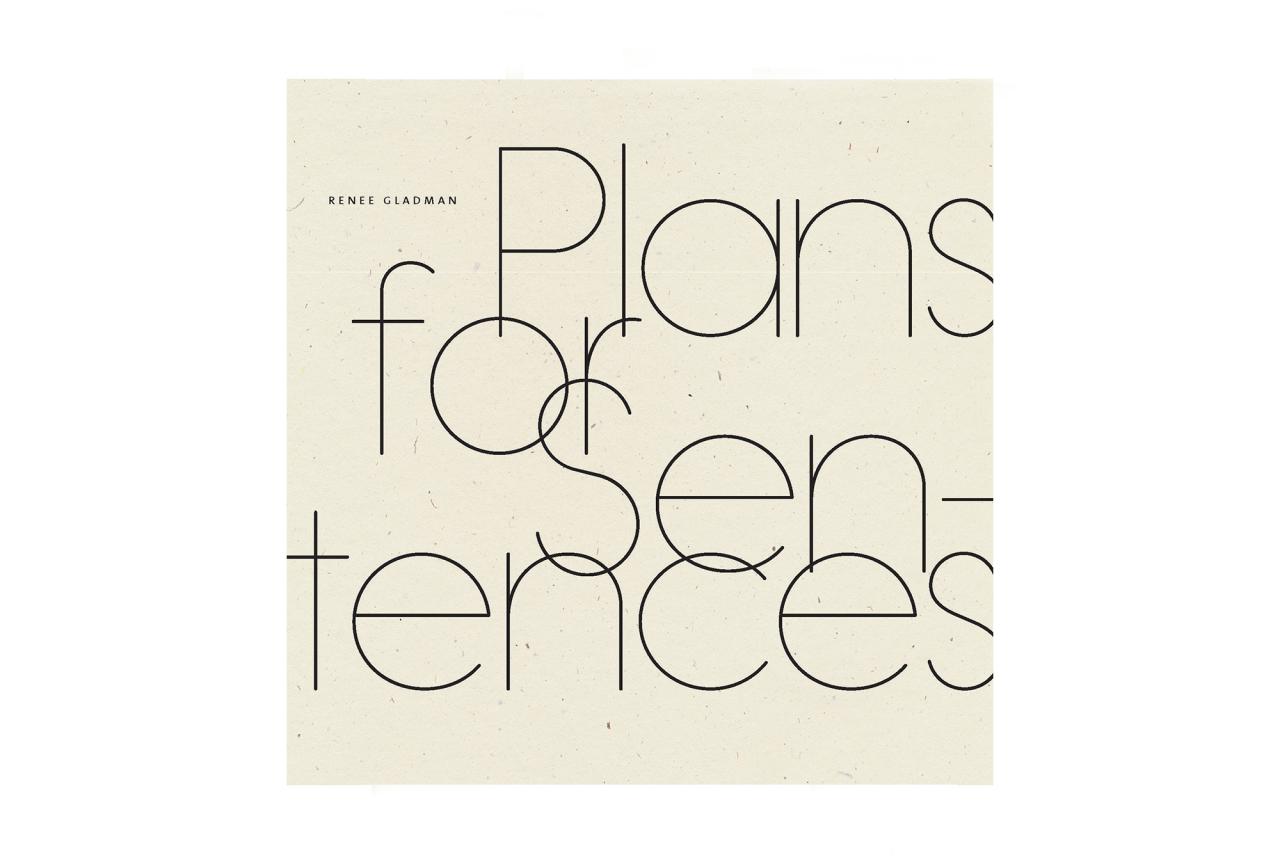 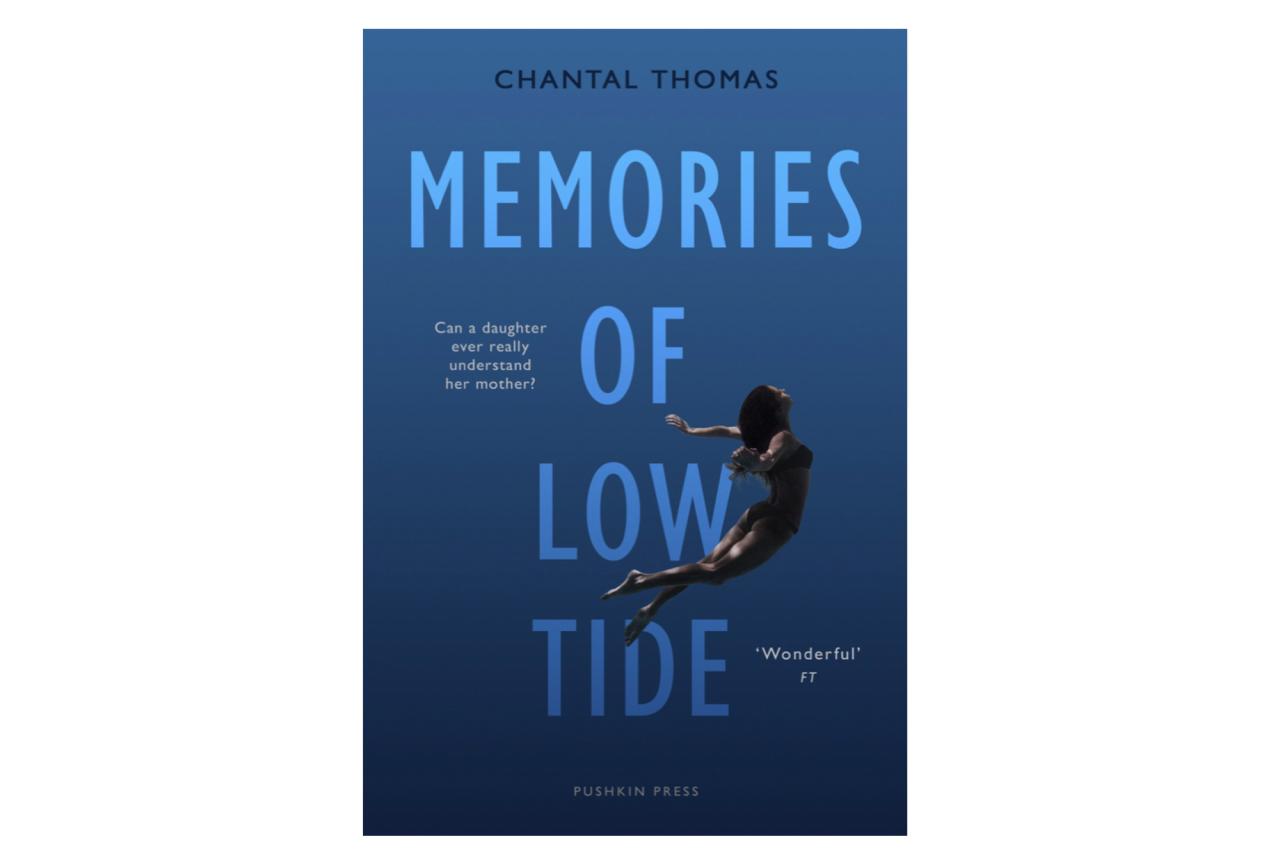 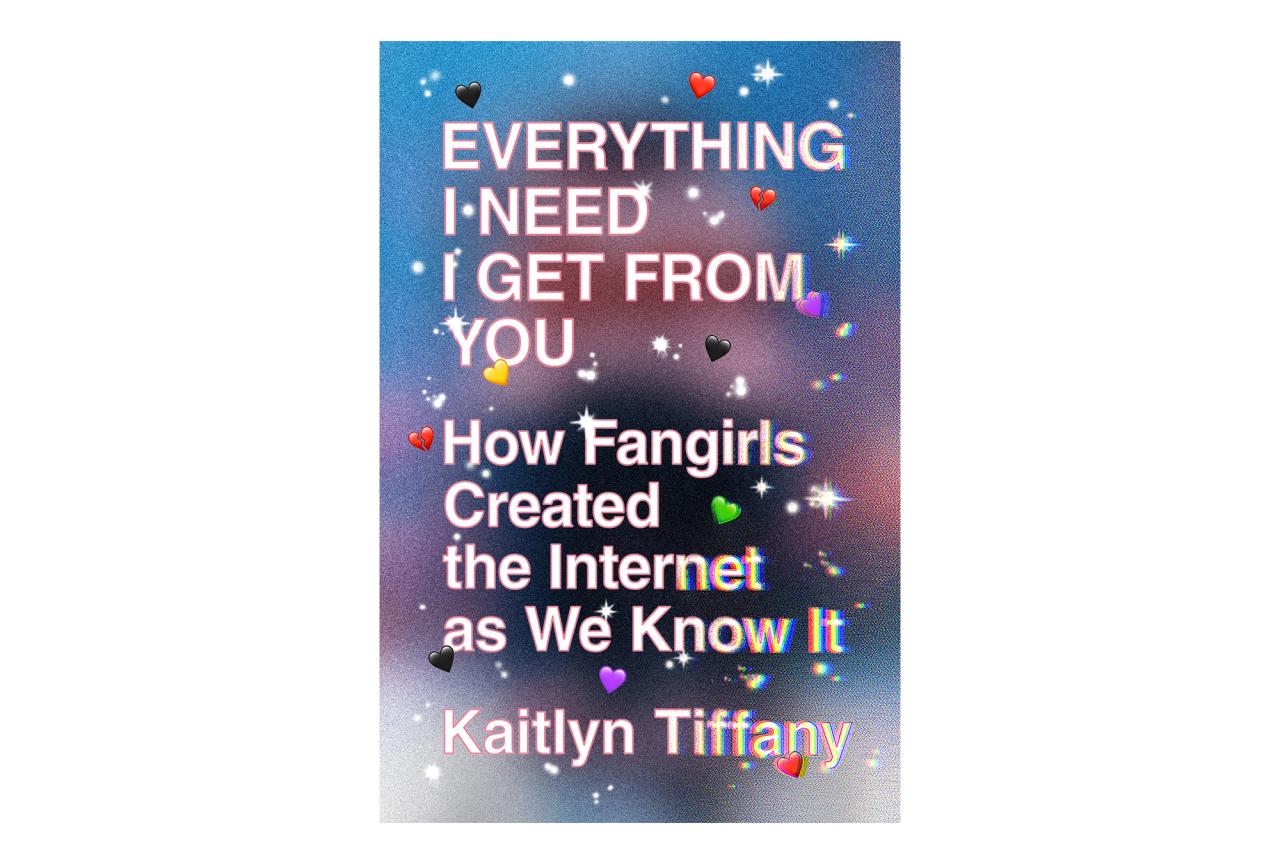 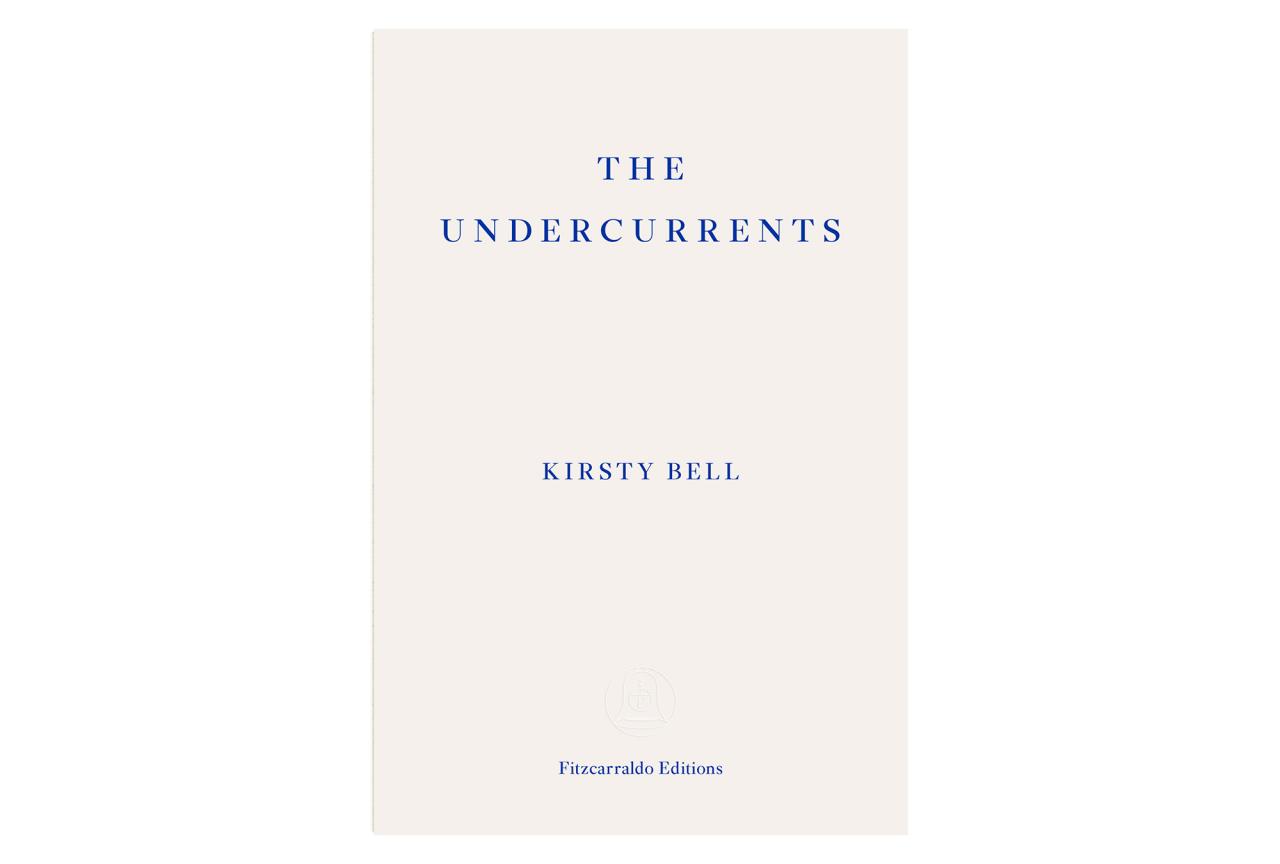 Summer is very much here and to prepare for the heat of the beach, I’ve created piles of books that I’ve read, have started reading, and others discovered, anticipated, or recommended. No promises that you’ll like them all, but I do promise that these books will help you build your own summer reads piles or to complicate the ones you’ve already started. So, here are thirteen books for the thirteen weeks of summer.

I’ve read The Wall half a dozen times and given it away even more. Marlen Haushofer’s eerie masterpiece of a woman who gets trapped inside an invisible bubble in the Alps is a predecessor to books like Jeff VanderMeer’s The Southern Reach Trilogy (the Annihilation movie — remember?) and it is just as stunning. I love Haushofer’s intricate descriptions of simple actions like sowing and harvesting and the way she addresses loneliness. It’s not all pastoral cow-milking though. There’s a real cliffhanger that makes me freak out and weep every time I read it. This new re-release by New Directions has the best cover yet, and so, yes, now I own a fifth copy.

A good follow-up to this is Elvia Wilk’s new book of essays, which casts an eye at VanderMeer and other masters of the “new weird” fiction — i.e., books that have an ecological awareness while exploring the uncanny. Wilk writes eloquently about Doris Lessing’s postapocalyptic novel and our dystopian reality — “utopia and dystopia are happening all the time, right now, on different scales and in different places” — before suggesting in another essay that dystopia is basically a luxury genre when looking at Matt Damon in Elysium. Death by Landscape also embraces larger, more pressing themes (i.e. extinction, pollution, and love), and tries to reimagine our human perspective towards planet Earth. I loved “Extinction Burst” and its engagement with a painting of St. Lucia, and can’t wait to read more.

Gerald Murnane, Last Letter to a Reader or Tamarisk Row (And Other Stories)

Last Letter to a Reader is most likely the great Australian writer’s final book and it’s admittedly not the best place for the unacquainted to start since the work is a reflection on the lifetime of a writer and what he now makes of his previous thoughts, but I love Murnane’s willingness to stretch sentences to the limits (yes, I’m imitating him here) and I had been patiently awaiting the arrival of this book once I learned of its publication. I’ve just finished reading it and now I plan to read it on the beach again. If you’re not familiar with Murnane, then I recommend reading this NY Times profile and grabbing a copy of his first book, Tamarisk Row, where he is able to turn the most mundane into the most transcendent. Beautiful language, beautiful thoughts.

I’ll be honest. When I heard that Abdulrazak Gurnah won the Nobel Prize for Literature in 2021, my first thought was “who?” I’ve since been schooled but still haven’t read anything by the Tanzanian-born British writer who was honored for his “uncompromising and compassionate penetration of the effects of colonialism and the fates of the refugee in the gulf between cultures and continents.” Riverhead books is rectifying the lack of Gurnah’s work available in English, and I am particularly excited about Afterlives, which is “a sweeping, multi-generational saga of displacement, loss, and love, set against the brutal colonization of east Africa.”

Yevgenia Belorusets, Nikita Kadan, and Lesia Khomenko, In the Face of War (isolarii)

This is probably the most depressing of beach reads, but it’s also incredibly brave and necessary. For the first forty-one days of the war in Ukraine, artist and writer Yevgenia Belorusets wrote a diary from Kyiv and its surroundings. The writing attests to the complexity of human emotion in the face of an incomprehensible reality — what does it mean to be in a good mood on a spring day in the middle of war? — and humanizes the abstract, senselessness of the violence that continues to this day. She also shares moments of absurdity, like when she helps a famous war photographer choose a detergent in the supermarket. Like many other moments, this is darkened by the reality of war: “it is not a good sign when a well-known war photographer and her entourage set up shop in your city.” The writing is accompanied by artworks by Nikita Kadan and Lesia Khomenko, who remain in Ukraine to this day.

Johannes Göransson is a Swedish/American poet whose early work had a violent edge to it, but which have softened in this new release, which blends his native Swedish with his adopted American. These long free verse poems are drop-dead gorgeous (ok, they’re also a little violent):

Here are some other samples

I don’t usually read theory when I’m at the beach but Despret doesn’t write your usual theory. Having loved her book about dancing birds and the ways a scientist embedded himself in a community of birds while developing a theory about them, I am very intrigued by this book about how the dead haunt the living. The book also explores how technology has changed our relationship to death while arguing, the back matter says, that we never need to get over those who leave us, they can be with us all the time.

This is another blurb that got me: “Written in 1994 when Fanny Howe was doing itinerant work in the UK, London-rose is an early post-work novel that describes the loneliness and confusion of digital life and perpetual motion. Moving from personal narrative to philosophy to poetry, Howe previsages the alienation and malaise of the 21st century workplace. London-rose is a meditation on failure, capitalism, disapearance and force.” I love Fanny Howe’s novels. Already ordered, already in the definite pile.

Chinatown is a breathless work of fiction that whirls through dreams and memory and places like Hanoi, Leningrad, and Paris, where the narrator (a Vietnamese immigrant) lives with her son. The book is drenched with intense longing and it has a Marguerite Durasian nouveau roman, no-nonsense kind of vibe. It made me dizzy and lovesick at once.

If you’re a fan of super precise poems, this book is for you. Gladman’s new work reminds me of the poets Lisa Robertson and Kate Durbin in that it is formally tight and predisposed to simple declarative sentences (the book begins with the words “these sentences – they – will begin having already been sentences somewhere else, and this will mark their afterlife, and this will be their debut”), but Gladman also complicates the tidiness with architectural drawings that look like writing from afar. It’s a curious relationship between these drawings and writing. In any case, Gladman’s new book is marked by a skilled folding and unfolding and refolding of language, perfect for when you’re on the go.

I know absolutely nothing about this book, but a friend gave it to me and swore that I absolutely have to read it, and since it’s published by Pushkin Press, a press I love, and it’s about swimming in the ocean and I’m going to the ocean to go swimming, I didn’t feel like I could say no. Ok, so I obviously did a bit of googling, and obviously know something about Thomas and the book, but I would prefer to keep it at this bare minimum to maintain a level of surprise and so I can only ask you to do your own googling if you want to read “a series of short, delightfully varied chapters,” where “Thomas depicts her growing sense of independence through her developing connection to her environment,” as the publisher says. I feel like I’ve already told you too much.

Kaitlyn Tiffany, Everything I Need I Get From You: How Fangirls Created the Internet as We Know It (MCD x FSG Originals)

This is on my list mostly for the title, which is exquisite, but also because as someone who has also written about fandom, I’m very curious to see what Tiffany does with it. She’s written excellent pieces at The Atlantic about the internet and the book’s excerpt online is about the lungs of a fangirl collapsing for screaming so much at a One Direction concert (lol).

I’m saving Kirsty Bell’s new book for the home stretch of the trip when my thoughts return to Berlin. This is because Bell focuses on Berlin’s Schöneberg district, which is where I also live, in her mix of memoir, cultural history, and criticism. Through looking at her own home, Bell drifts to untold or forgotten stories that underlie the city’s standard narrative. When I attended Bell’s book launch at Hopscotch, she gave a compelling analysis of Berlin and its problematic history of stasis.

SHANE ANDERSON is a writer and the Digital Editor at Spike. He was a bookseller for ten years.