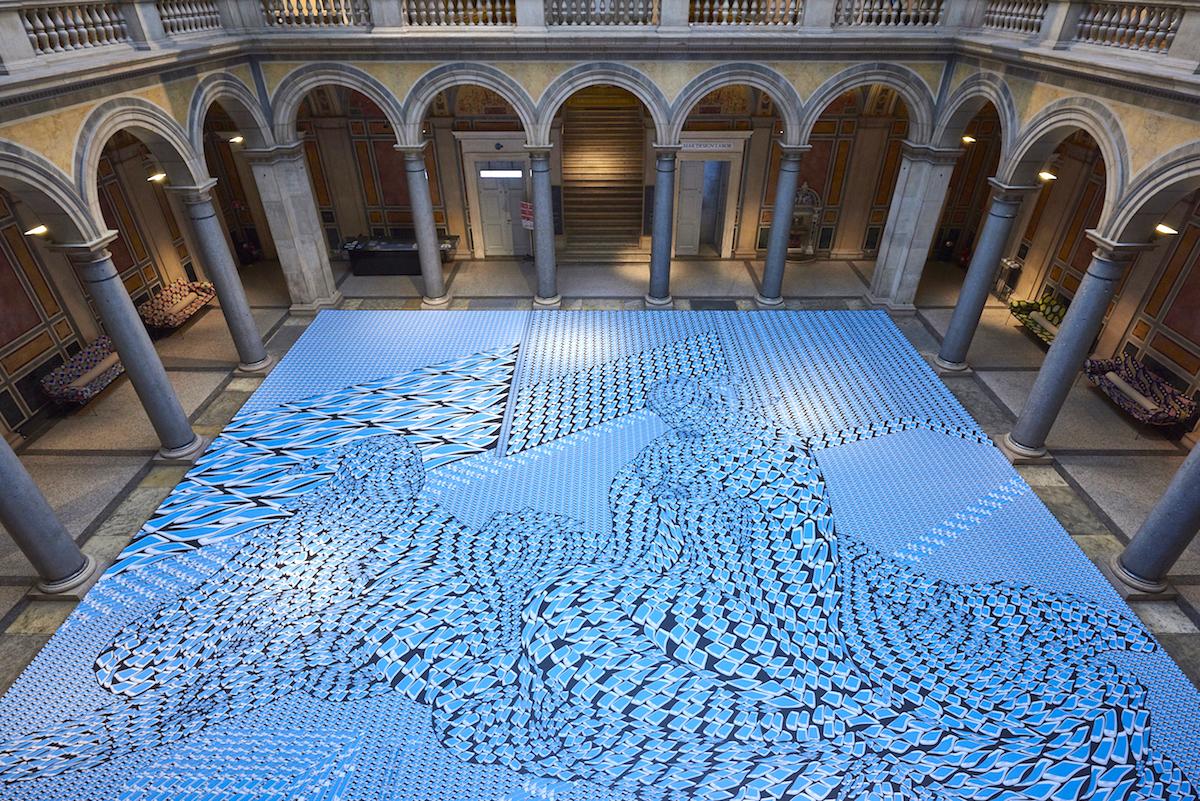 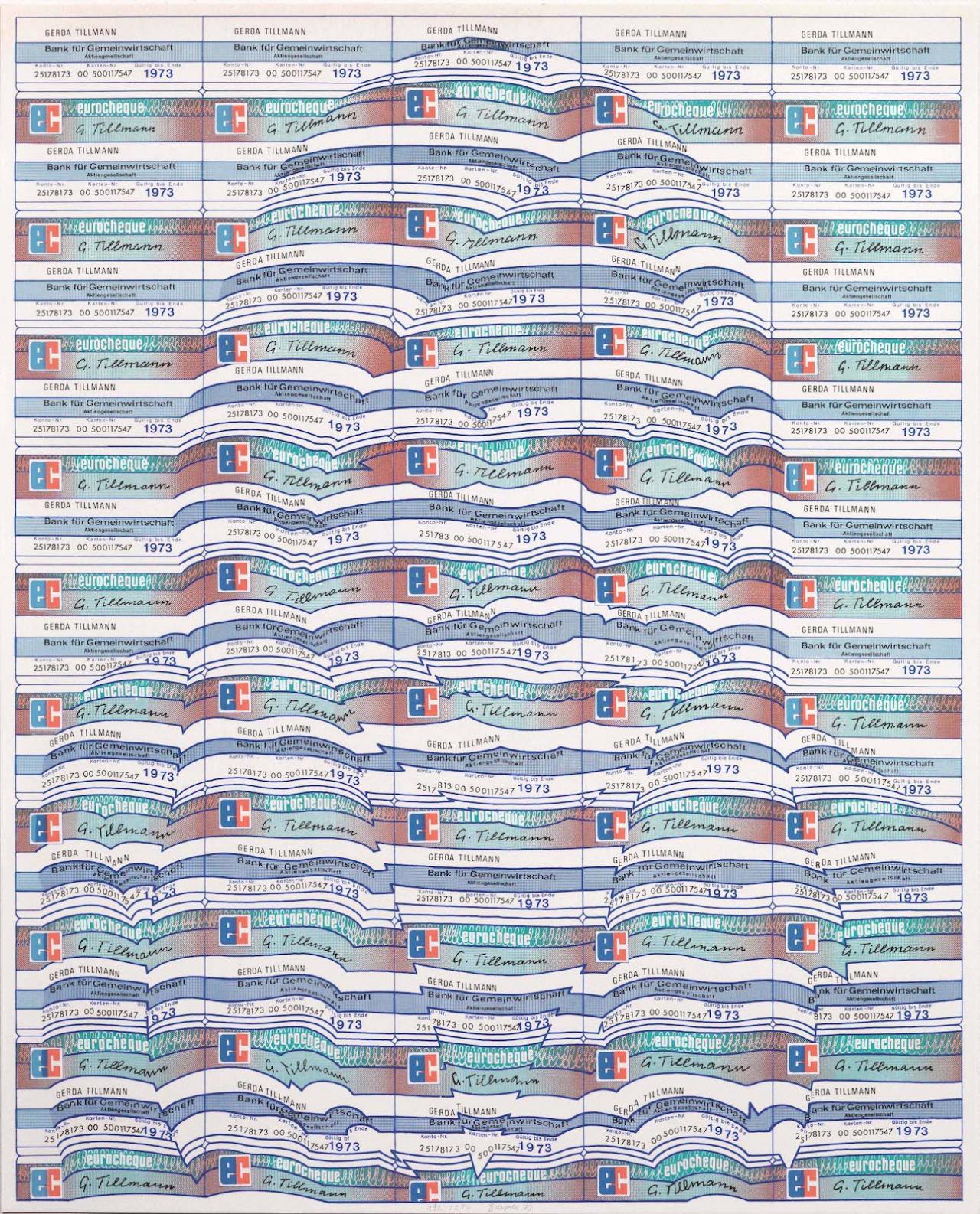 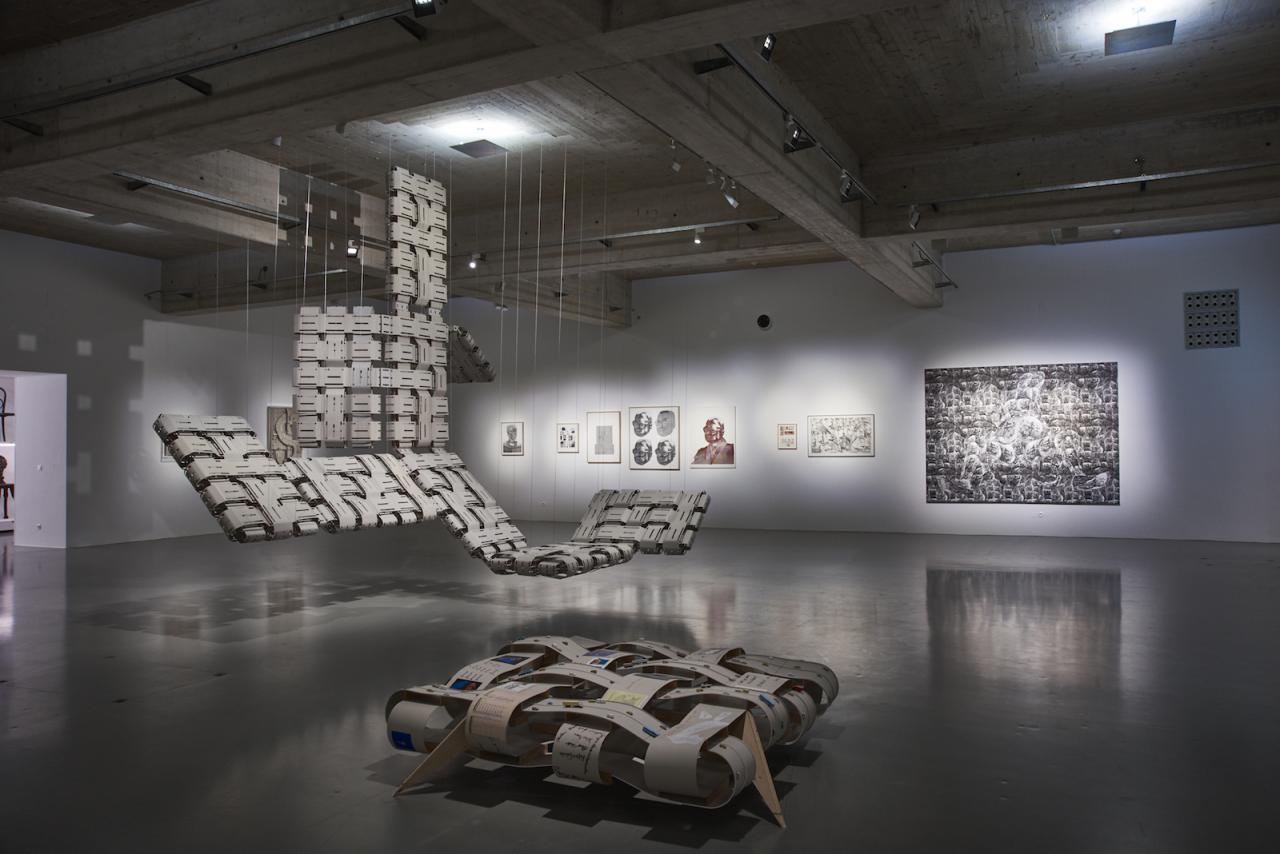 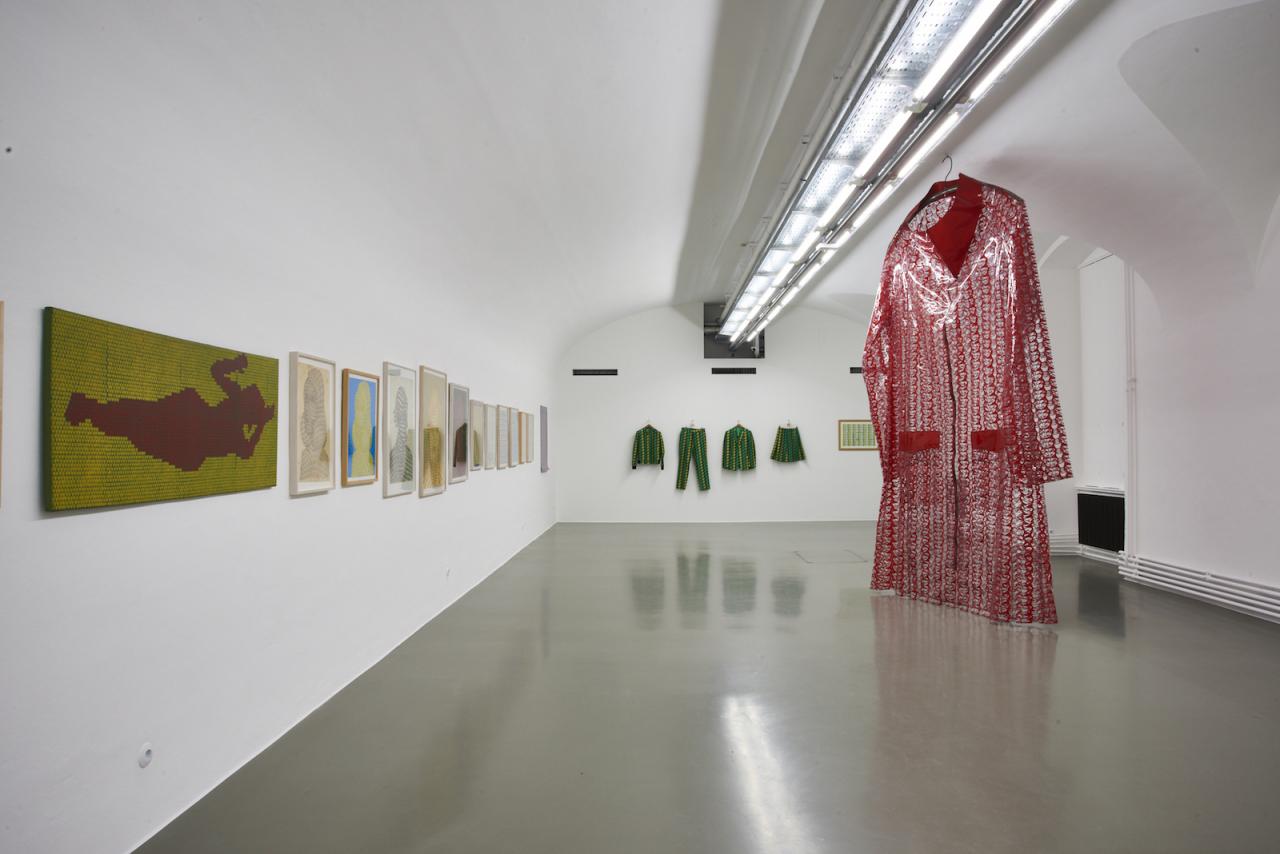 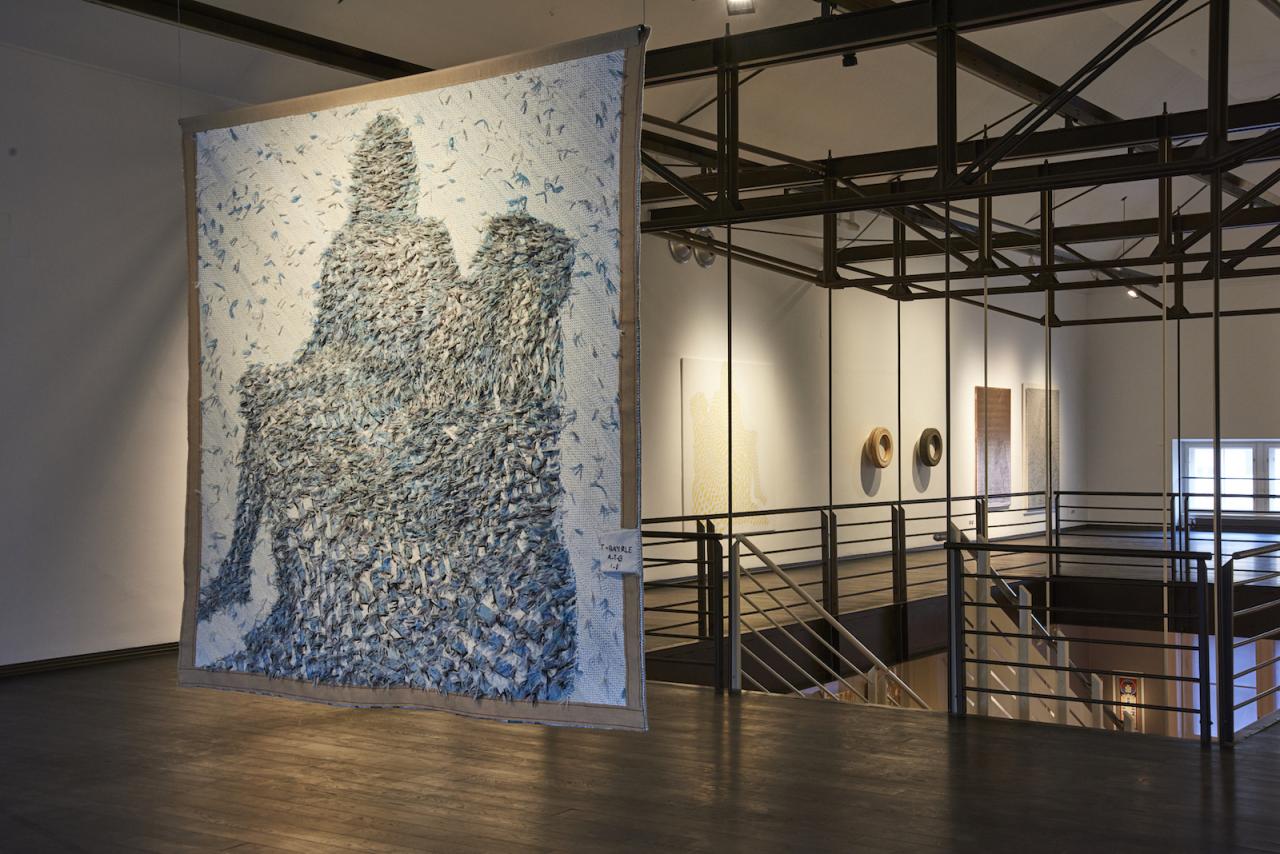 The exhibition includes several examples of Bayrle’s ability to foreshadow technological developments without forgetting the processes that came before. The collaged depictions of a man and woman during intercourse Fuck Canon (1990) and Blume des Bösen (1989), for example, not only illustrate how artistic abstraction intervenes within our processes of seeing the world, but also seem to prophesise how neural networks – recently popularised by Google’s DeepDream technology – could make humans redundant not only in the production and dissemination of images but also in the viewing and understanding of our visual world.

iPhone Pietà (2017) continues this idea of simultaneously looking forward and backward by merging the tradition of weaving with modern communication technologies. The work itself is a tapestry that shows a traditional pietà rendered with the same repeated iPhone pattern as in iPhone Meets Japan. The floor-to-ceiling piece is installed in the middle of a room, however, so one can see its both sides. The front highlights wireless technologies’ substitution of the interfacial function of religion, while the back, comprised of thousands of threads, reveals a certain order within a chaotic structure, reminding viewers that behind every wireless device is an invisible but essential technical apparatus. Together, the two sides of the artwork connect the artist’s interest in patterns and technology to works of design. Linking history with modernity, it emphasises the processes and materials that have been – and continue to be – inherent to our froms of social organisation.

"Bayrle suggests that technology’s function within civilisation has remained fairly constant: its old configurations have been replaced part by part with new devices"

As this work demonstrates, Bayrle’s works are not just observational themselves a kind of original media theory. Using motifs related to automation and cybernetic immanence, the visual metaphors in his work connect traditions of religion, architecture and craft to current discussions about capitalism, communication and artificial intelligence, transforming the very fabric of our perceptive apparatus along the way.

In contrast to both the dark vision of humanity’s domination by robotic capitalism favoured by kitsch Marxists and the shiny, bright technoutopia touted by neoliberals and libertarians alike, Bayrle suggests that technology’s function within civilisation has remained fairly constant: all that has happened is that its old configurations have been replaced part by part and bit by bit with new devices, like phones, cameras – and, as in the pietà works, their contemporary amalgamation in the networked smartphone. For Bayrle, technology is a connecting tissue whose true function throughout its evolution has been to smooth over the often violent transformations of history.

MOHAMMAD SALEMY is a Berlin-based Canadian artist, critic and curator.

In cooperation with BLOCKFREI in the framework of the residency program “Critics’ Agenda: VIENNA 2017”