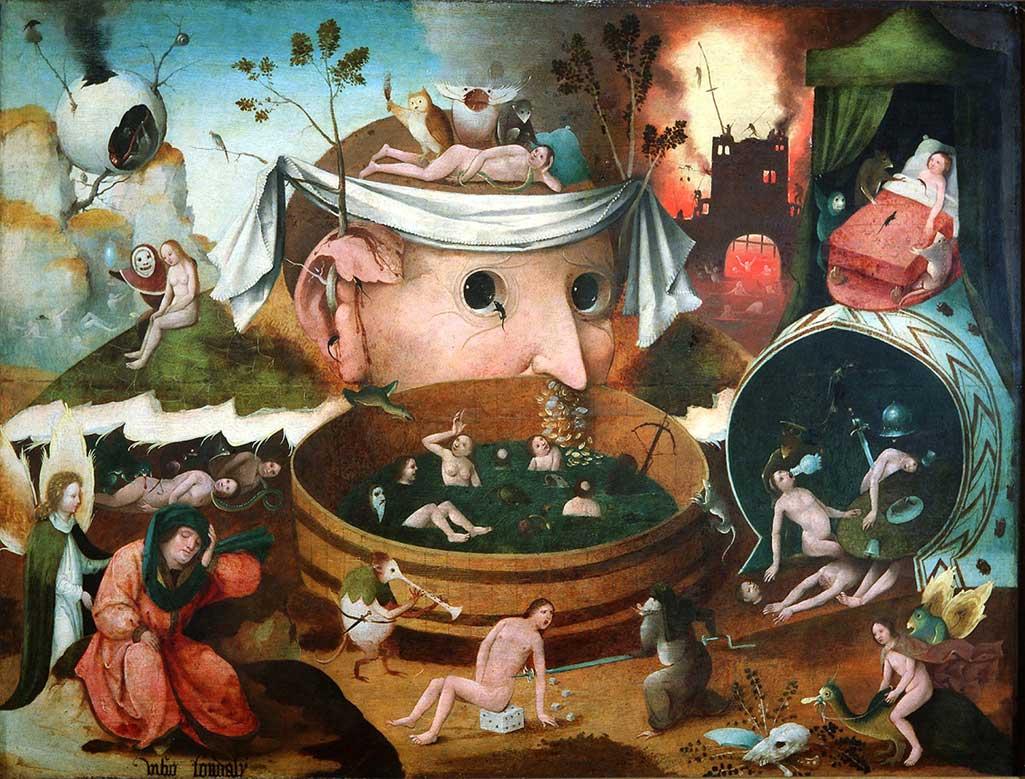 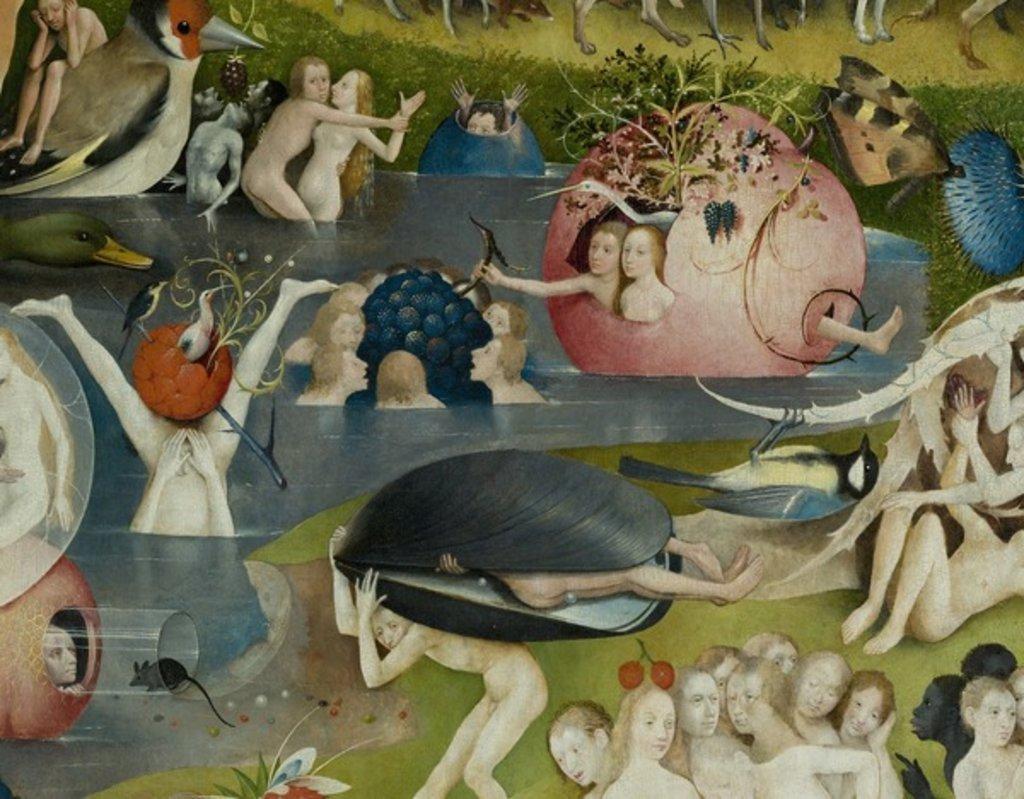 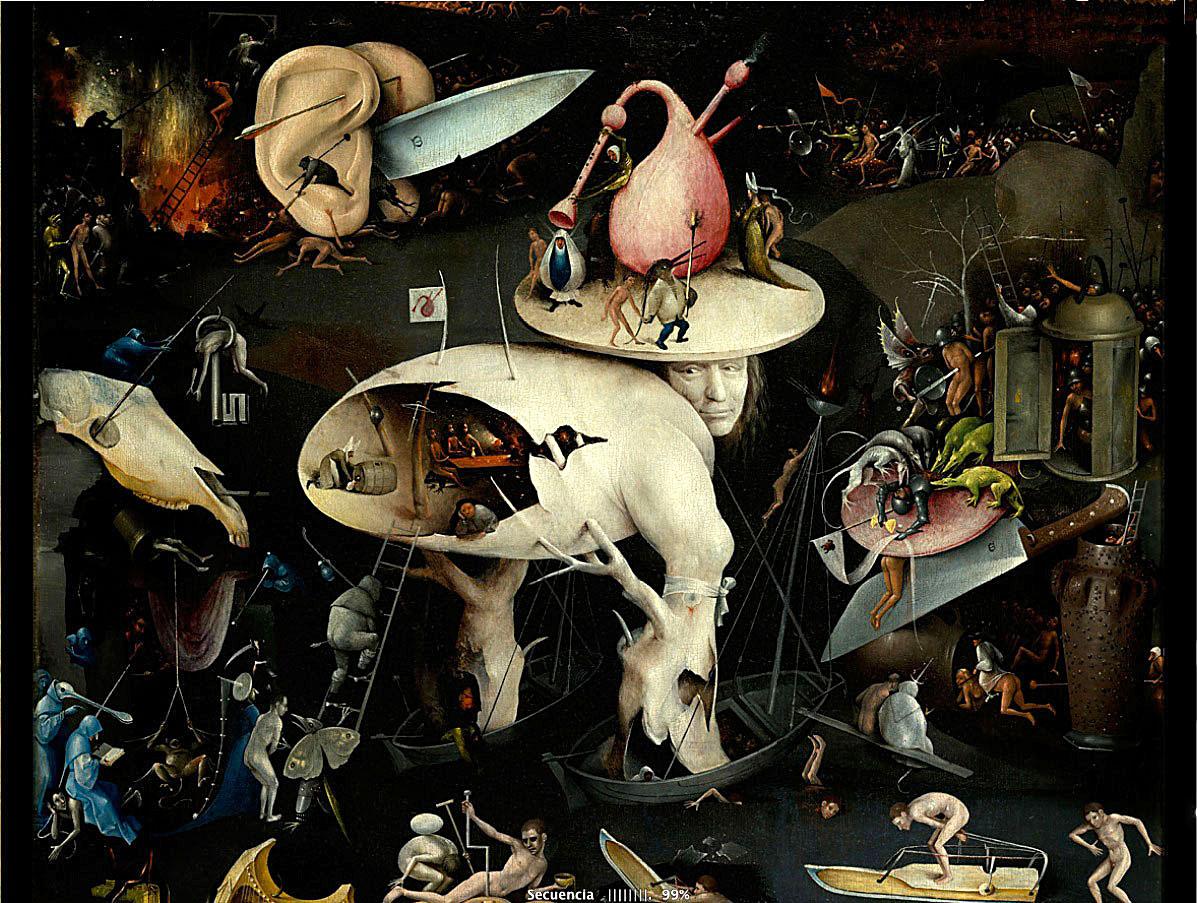 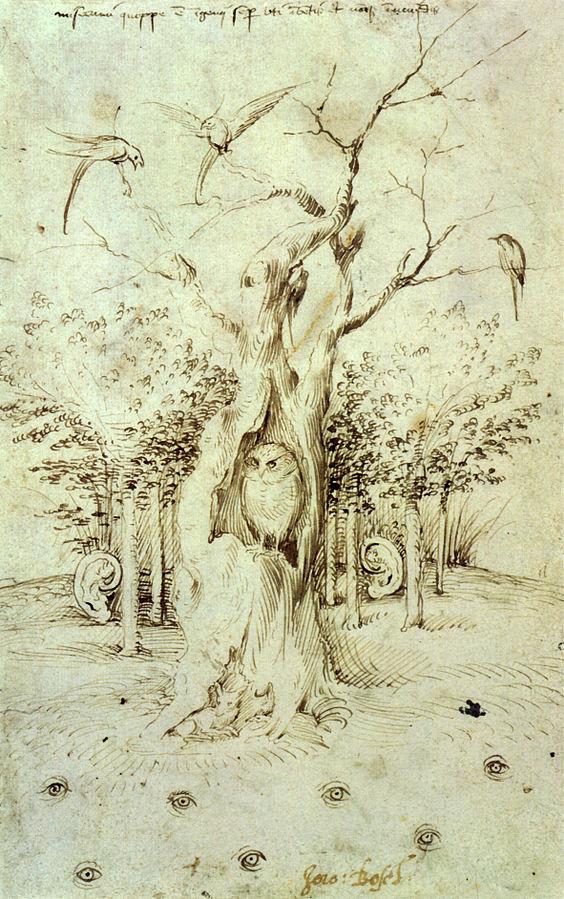 Hieronymus Bosch's work hasn't just withstood the test of time; his paintings and illustrations currently on display at the Noordbranants Museum emerge from the archive with uncanny contemporaneity. Los Angeles based writer Dean Kissick puts Bosch's 500 year old esoterica into dialogue with a variety of images circulating our modern visual economy.

Nobody really understands Hieronymus Bosch. “I cannot help feeling,” art historian and early-Netherlandish specialist Erwin Panofsky concluded, “that the real secret of his magnificent nightmares and daydreams has still to be disclosed.” Last week I visited the painter’s hometown of ‘s-Hertogenbosch to see the extraordinary retrospective recently opened at the Noordbrabants Museum to mark the 500th anniversary of his death. It comprises of 103 works, 41 of which are attributed to Bosch, more than have ever been gathered in one place before. I went because I wanted to understand how somebody working so long ago could make work that seems so contemporary in its surrealism and its resistance to interpretation.

Today you can take an interactive online tour through The Garden of Earthly Delights (a copy of which is included in this exhibition) and explore a virtual reality rendering on your phone but still have little idea of what Bosch was trying to say. In most of his works you’ll find a detail, often many, to make you think, “What the hell is going on here!” For instance in the bottom-right corner of the central panel of The Garden of Earthly Delights: who is this clothed man staring out at us, and why is he the only person wearing clothes in the entire painting? Who is this woman he points to? What are these translucent cylinders covered in round discs surrounding them? What space are they in anyway, a cave or a completely different dimension to the garden? Nobody knows. Bosch is confounding even to those with an advanced understanding of medieval Netherlandish mysticism and ecclesiastical symbolism. His meaning is impossible to pin down. So how does Bosch appear to us in 2016?

Close to his old townhouse on the market square at the heart of ‘s-Hertogenbosch are two McDonald’s with decals of monsters from his paintings displayed in their windows, such as a hunchback with a cross-beaked bird’s head and an upturned funnel for a hat. These are mixed in with avatars from the fast food chain’s visual iconography, such as Hello Kitty and the Teenage Mutant Ninja Turtles, all inhabiting the same space rather seamlessly. Bosch was not making cartoons for children, but nonetheless he was one of the first to conjure up the sorts of anthropomorphic animal characters that have come to fill our entertainment surfaces, and to make them more individual and more alive than the gargoyles on the nearby gothic cathedral or the beasts in the margins of illuminated manuscripts. He was able to design them with a perverted darkness and a comic originality of malformation that not only remains striking, but continues to shape the way we visualise hell. In his drawing The Field has Eyes, the Wood has Ears, he creates an unsettling horror-film-like pastoral scene that watches us, and he inscribes it with the following in Latin: “Poor is the mind that always uses the inventions of others and invents nothing itself.”

In the painted world of Bosch imagination and reality intermingle, and everything appears to meld together in a continuously inventive game of exquisite corpse. People turn into animals turn into musical instruments and kitchen utensils and back again. Essences and forms are very fluid in this world, as though anything can somehow be possessed by a magical spirit or a demonic force. Even an inanimate objects such as a kitchen funnel might sprout arms and legs and start chasing angrily after us. So what are these monsters, a visualisation of our desires? A representation of our corrupted forms? Some parallel universe that only the artist can see?

Whatever they may be it seems the farther we travel into hell, the more the boundaries between things, and the differences in scale, fall apart.

One thing that can be assumed about Bosch is that he was obsessed with the end of the world, and this is a reason his work resonates so much today, because we live in millenarian times. Think of the Islamic caliphate that is (allegedly) intent on bringing about the apocalypse and a grand showdown with the Antichrist in the farmlands of Northwestern Syria. Think of Leonardo DiCaprio’s recent audience with the pope: the pope believes that Jesus is soon to rise again, whereas the Revenant actor thinks that an environmental cataclysm is close by. Observed through Anthropocene eyes, nature certainly appears as a malevolent and wondrous force in Bosch’s imagery, in which the birds and beasts (whose symbolic significances might have been apparent to 15th-century audiences but are not anymore) come crawling out of the dark woods to wreak their revenge upon us, mutating as they go. Such monstrosities bring to mind the rarely seen deep-sea creatures that global warming is driving up out of the depths and into our fishing nets and our consciousness. They bring to mind those dreadful-mysterious invertebrates that are captured on smartphones and afterwards go viral.

Now the wildly inventive depictions of torture by Bosch – such as this instance of anal-musical eroticism recently recorded as “the torture-victim’s backside hymnal” – might be expected to evoke the cruel methods of the prison-torturers of Abu Ghraib and Guantanamo Bay, except they don’t, because they are not actually upsetting images. It is unlikely that a visitor will emerge from this retrospective of painted nightmares suffering from nightmares of their own, because the overall effect is enticing more than it is horrifying. If anything these imagined scenes of animals and people sexually degrading one another are evocative of that story about British prime minister David Cameron sodomising a dead pig’s mouth in his student days at Oxford; they illustrate a sort of horror that we can take a variety of pleasures in, because we can pass moral judgement upon the act whilst also finding much mirth in its surreal concept.

Hieronymus Bosch shows us not how scary the world is, but how ridiculous. The reason his paintings of heaven and hell appear so relevant today is because we are now living in them, and the boundaries between people, animals, and objects really are falling apart: 2016 is a world of avatars and branded mascots, a place with robotic household appliances that talk to us, and an internet of things, with human ears growing out the back of mice, and otherkin teenagers dressing up as their animal forms. Thousands of writhing naked bodies are only a couple clicks away, and most of our perverse fantasies have been visualised somewhere, even those involving octopuses and vibrators. The field really does have eyes and so much of what happens in the world is captured on video, from the coral reef’s weirdest creatures, to the orgiastic sex tapes of the super-wealthy, to the scenes of bloody massacres; on our illuminated screens, as in Bosch’s triptychs, scenes of horror intermingle with others of joy, so close to one another, and this complexity and contrariness seems the very essence of the present-day experience.

The Nordbrabants Museum's Hieronymus Bosch exhibition is on display from 13 February to 8 May, 2016.

Detail from central panel of The Garden of Earthly Delights
Hieronymus Bosch, 1503-1515

Detail from right panel of The Garden of Earthly Delights
Hieronymus Bosch, 1503-1515

The Field has Eyes, the Wood has Ears
Hieronymus Bosch, circa 1500