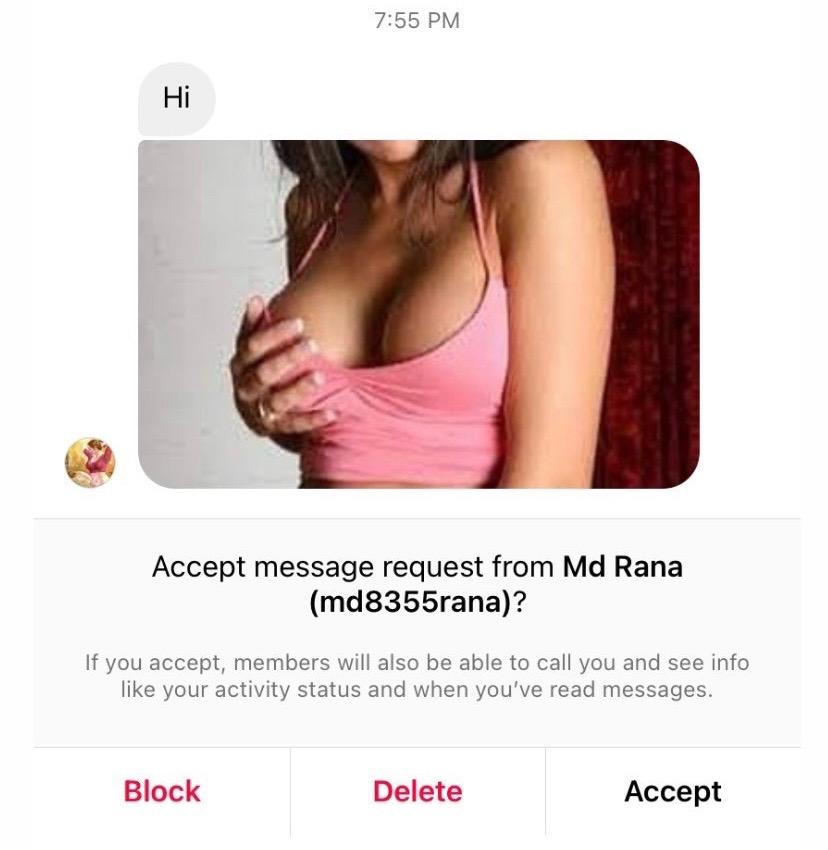 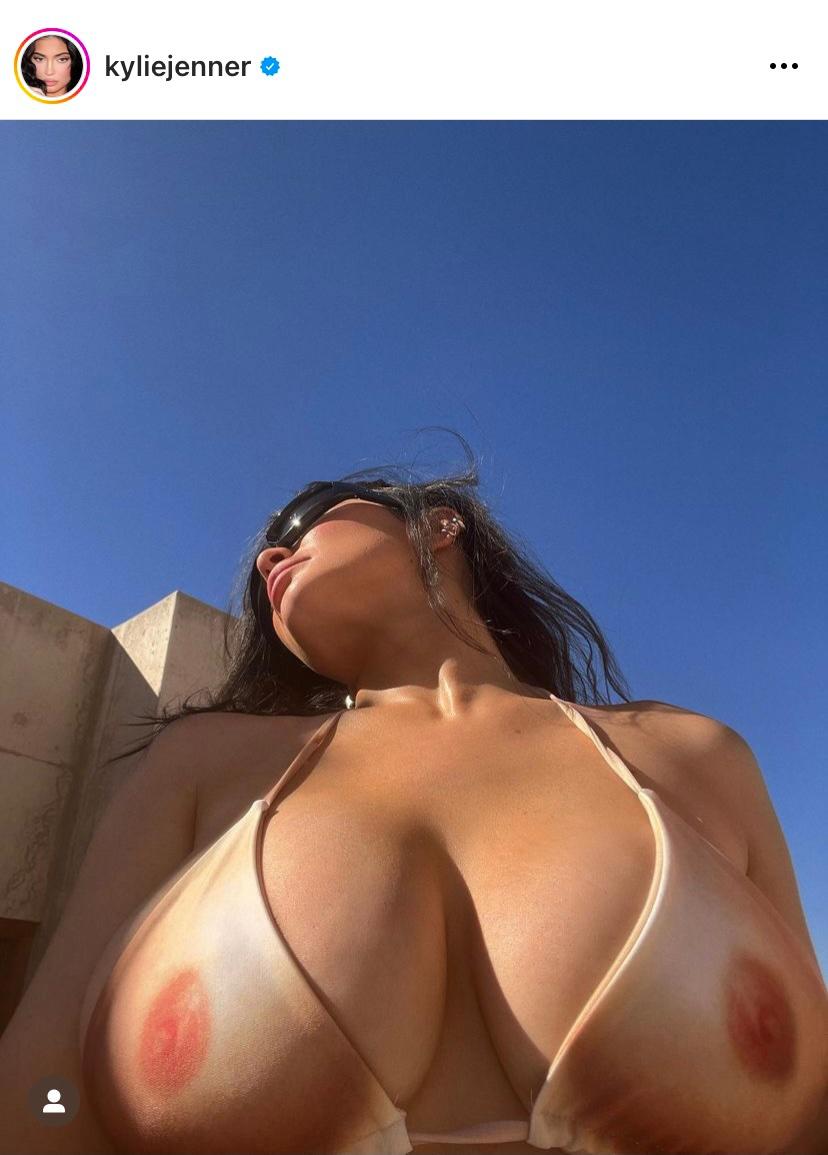 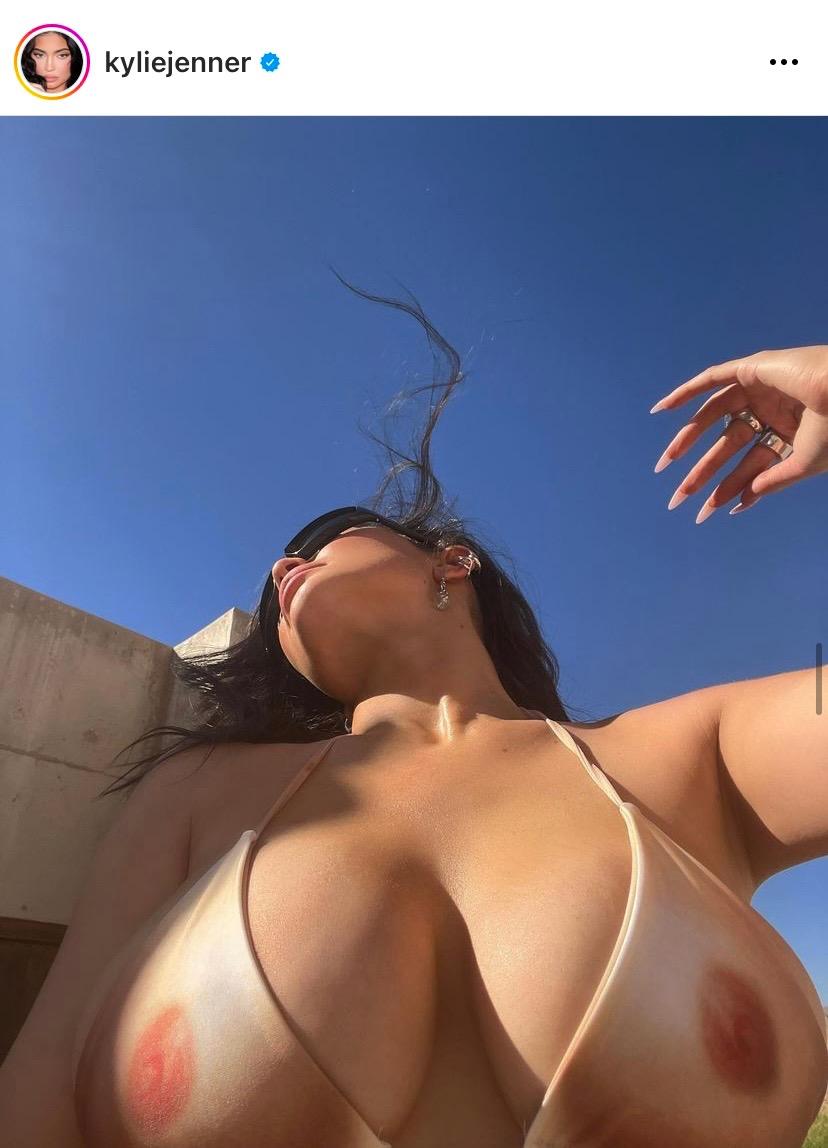 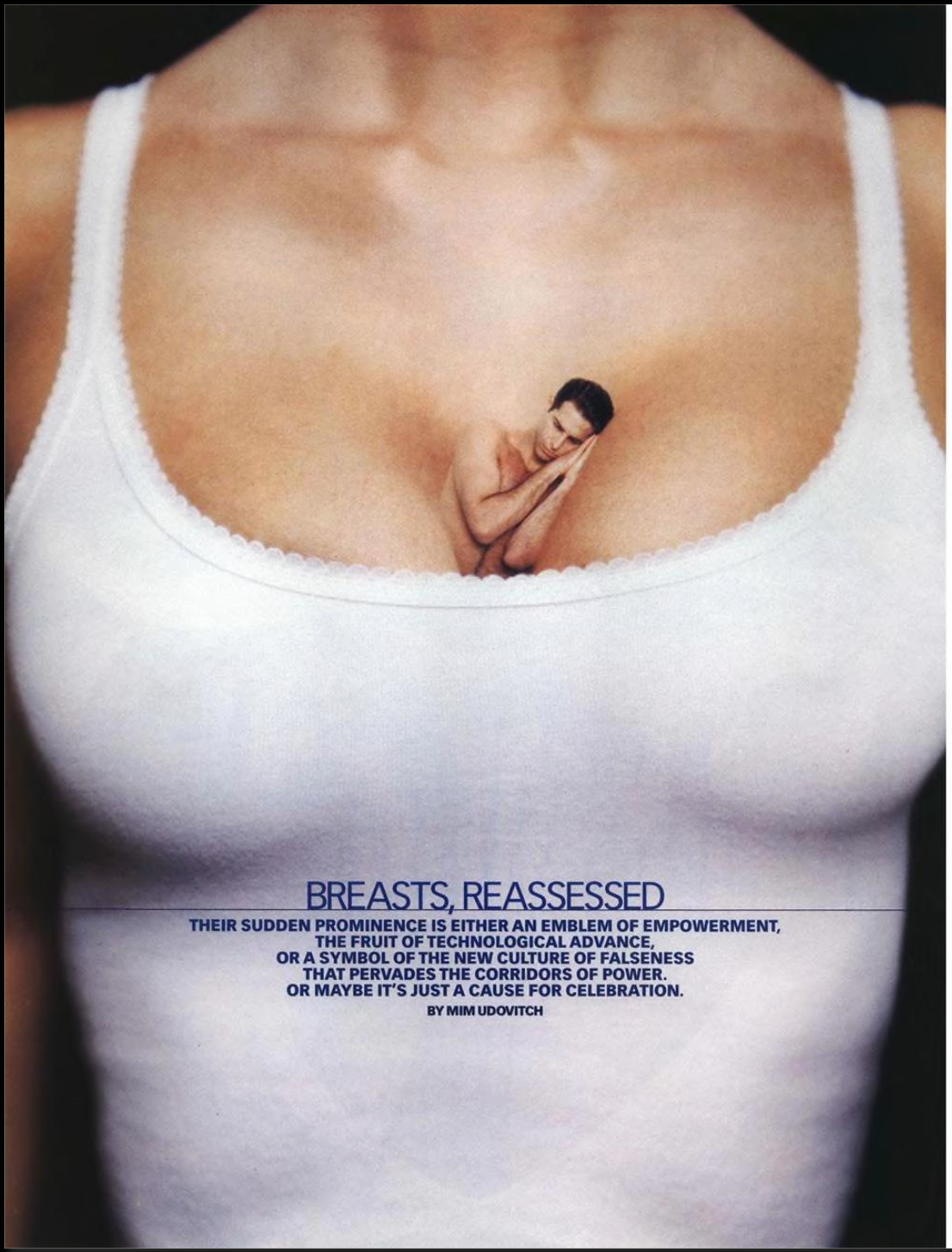 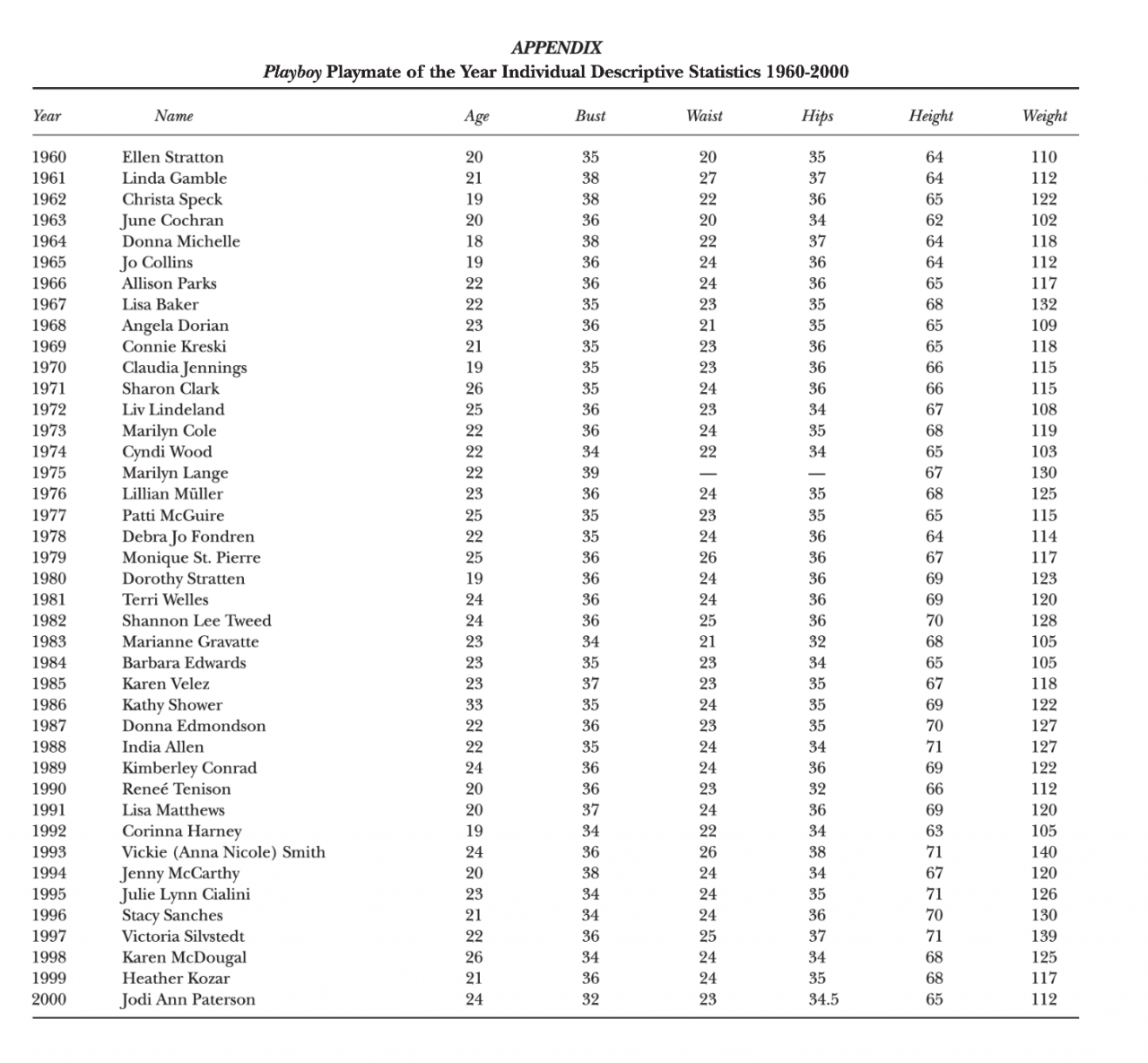 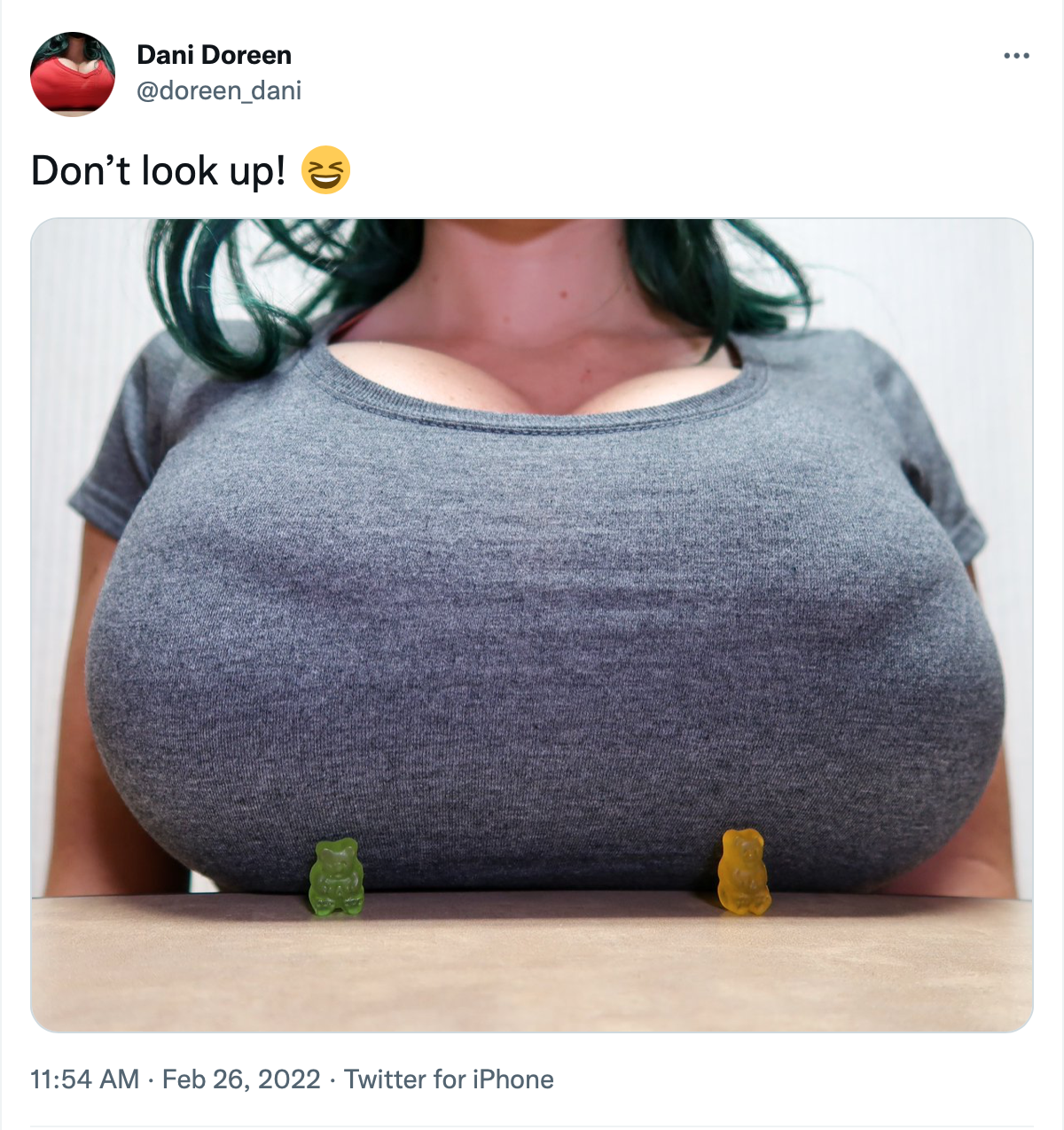 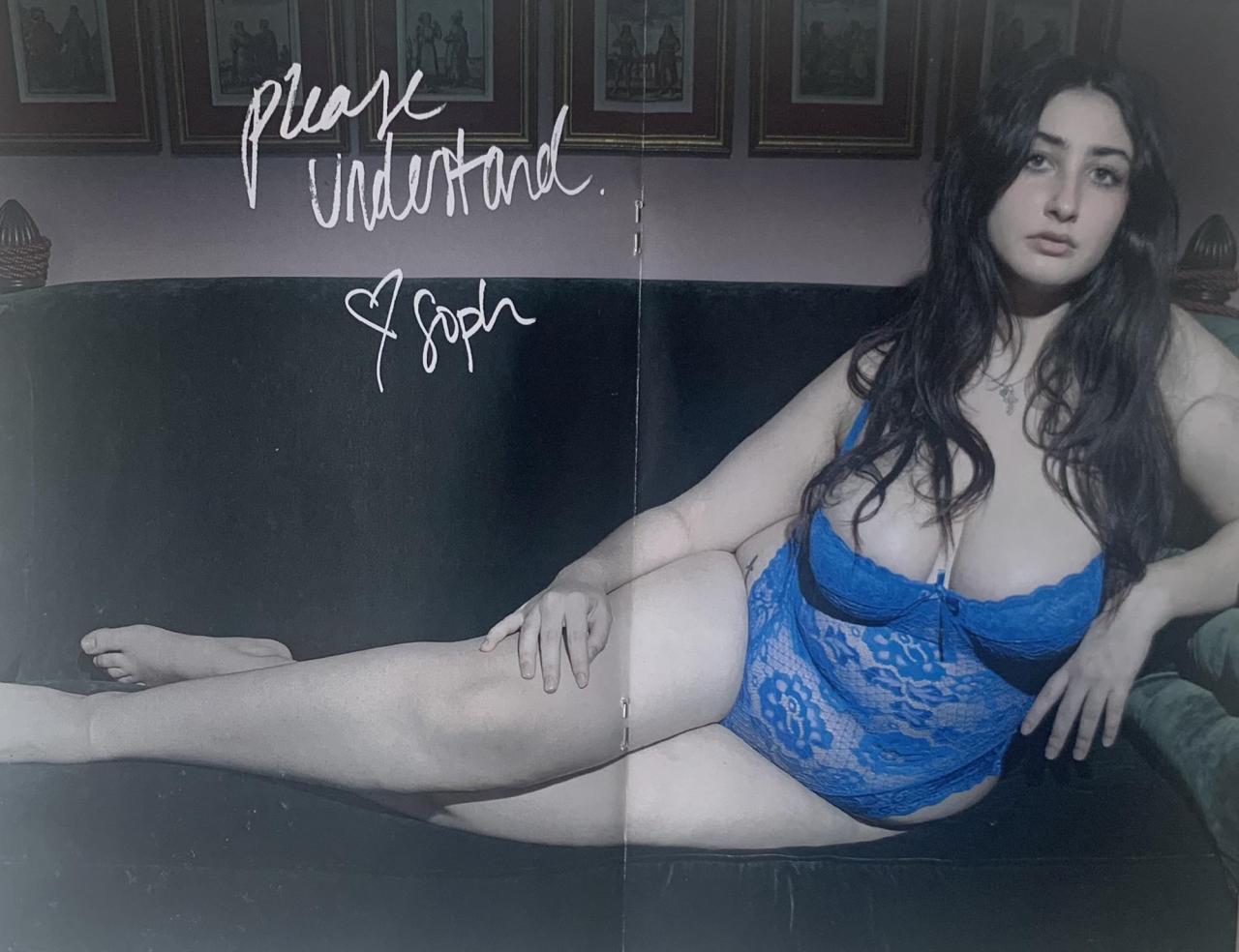 “I’m not saying the internet ruined boobs. But it does seem like, in real life, they’re being de-platformed.” This month, Cara Schacter writes about the merits of Jiggle Physics, the epistemology of Billie Eilish’s cleavage, a lingerie saleswoman’s climate conspiracy, and more.

Over coconut milk kefir at a bed and breakfast in North Salem, a guest with double Ds shared her summer resolution to quit wearing bras with underwire. The woman immediately emailed me a link to the article “Underwire Bra Worries” on the website experiencelife.lifetime.life about how ‘metal-supported bras’ act as antennas for electromagnetic radiation from Wi-Fi hot spots, which causes cancer.

I’m not saying the internet ruined boobs. But it does seem like, in real life, they’re being de-platformed.

Pornhub’s meta-analysis shows declining interest in boob-focused entertainment. People between 18-24 are 19% less likely to search for breasts than older age groups. It’s a dying industry. The last-standing Hooters in New York is in a neighborhood called Fresh Meadows (greener pastures?) beside a neighborhood called Utopia.

I’m not saying boobs are in or out. Boobs needn’t engage in such discourse. They’re beyond that. Boobs are metanarrative; schema; universal truth belied through local reality.

Last July, Billie Eilish posted a picture of her breasts busting out of a Miaou tomato-print corset with the crystal caption: “yes, i know.”

What does Billie know?

In “A Report on Knowledge” (1979), post-structuralist Jean-François Lyotard says we must express “incredulity toward metanarratives.” For men like Lyotard, the suggestion of some grand plot is an offense to the divinely chaotic nature of the universe. How can you just ‘know’? (I would be remiss not to say: in Ancient Greek, ‘chaos’ means ‘cleft’ which is the past participle of ‘cleave’ which is, of course, the root of cleavage.) It’s hard to say how Lyotard might parse Billie’s blanket claim to ‘know.’ Lyotard rejected pre-established storylines and general cultural reference points. He believed in “petits récits” (little stories) to punctuate meaning with precise instances of human experience instead of sweeping notions or what he called “narrative clouds.” Lyotard wanted something he could grab onto.

What I’m saying is that today’s boobs are post-post-structural.

But Billie knows she doesn’t have petits récits. Billie knows she has big tits. Billie also knows that she’s more than just big tits and she knows that you know that she knows that. What she’s saying is that she knows you know she knows you know she knows. But she also knows that, in this instance, she is just showing her big tits. Not just big tits qua big tits, though. Because Billie is telling us that her big tits know what they are. Billie’s big tits aren’t giving into formulaic expectations, they are giving formulaic expectation. The subversion of the cultural construct has been baked into itself. Lyotard was against generalizations that absorb the individual body into a pre-established structure. But Billie knows the only way to stand out in the algorithm is to succumb to it. Poststructuralist house god, poet Stéphane Mallarmé, said: “paint not the thing but the effect which it produces” (Oeuvres complètes, 1864). Billie and her, dubiously reported, 34Es do both. Billie’s tits aren’t just big, they know it.

What I’m saying is that today’s boobs are post-post-structural.

This July, when Kylie Jenner posted The Naked bikini from the Jean Paul Gaultier x Lotta Volkova capsule collection — a triangle-top with a photo of naked breasts so as to create the illusion that the wearer is naked, or, one might say, a structured deconstruction — she did it as a carousel of two nearly identical pictures, a post-post.

It’s not just that breasts’ infrastructural support is collapsing, but the constitution of the gland itself is being reconfigured.

Jiggle Physics — the science of how video games depict breast behavior — is notoriously disembodied. It’s complicated, breast kinesthetics. The muscles of the anterior-lateral chest wall have unique biomechanical implications. Kim Petras’ invitation in “Coconuts” to “watch them bounce up and down (bounce up and down, bounce up and down)” is technically untenable since “coconuts” do not move up and down but sinusoidally — you can only ever watch “coconuts” move in a figure-eight pattern. So, coders struggle to authentically animate 3-D boobs. What they create instead are dissociated and hyper, orbic entities. Rogue jugs, really. It’s The Pale King fantasy:

In defense of the proliferation of unlikely boob dynamics, “How Video Game Breasts Are Made (And Why They Can Go Wrong)” points out, the context doesn’t lend itself to accuracy. “If a character with breasts the size of watermelons is wearing a metal string bikini and attacks enemies with cartwheels, it's going to be hard to make the breast physics look realistic because the scenario is not realistic.”

Attempts to capture the fullness of human life is destined to fail, and so, instead, we overcompensate with unhinged renderings.

In a way, jiggle physics is an ancient problem. Circa 500 B.C., Sophists made the tragic insight that access to truth is lacking and responded to that lack with excessive and luxuriating speech. Attempts to capture the fullness of human life is destined to fail, and so, instead, we overcompensate with unhinged renderings. It’s the ever-presence of the unfettered signifier. In its effort to express the miraculous disaster of the human body, Baroque Theatre plunged the spectator into actual metaphysical crises — like how Bernini flooded a venue for “special effect.” The impulse is perhaps flawed (the audience evacuated the theatre mid-performance) but the baroque project was to force aesthetic elation in order to sublimate matter into spiritual experience; a negotiation between flesh and spirit; to push beyond the constraints of mere corporeality. To cleave. The alternative — not flooding the theatre, say — would be to falsely reduce life’s buoyant essence into some hardboiled artifact.

Anyway, maybe jiggle physics isn’t so far-fetched. Boobs are, apparently, becoming increasingly limber. At the lingerie store La Perla, a sales associate told me her theory about climate change’s effects on boobs. In cold weather, boobs get tighter and perkier; in the heat, more flaccid. The associate predicted global warming will force a return to structured bras. “You won’t find this online,” she says, “but if you look around, you notice the sagging.”

Billie lost 100K followers “because of the boobs.” She told Elle, “people are scared of big boobs.” They said the same thing in Esquire’s February 1999 “Cleavage Culture” issue. In, “Breasts, Reassessed” (Udovitch, 1999), a radio-talk-show host (Chris) talks to a caller (Gregory) who shares his friend’s theory about the socio-political implications of breast popularity:

Gregory: Now, my theory is that my friend is confusing cause and effect. Rather than political thought determining breast size, it’s the other way around.

Gregory: Yeah. Big breasts are popular, people look around, they say, “Oh, there’s lots of big breasts—they’re very big, they’re scary, somebody might get their eye put out. I’m going to vote for Buchanan.”

Gregory: And, conversely, like in the sixties you had people like Penelope Tree and Twiggy, and people looked around and said, “Oh, there’s lots of small breasts around—it’s okay, it’s safe. I’m going to join a commune and take drugs.

Other theorists say the opposite re: boob magnitude relative to societal distress. In 2004, two economists looked at forty Playboy Playmates and compared their physiques to a General Hard Times Measure (an aggregate of U.S. unemployment rate, change in disposable income, change in consumer price index, death rate, birth rate, marriage rate, divorce rate, suicide rate, and homicide rate). After scatter plotting variables like “bust as a function of the September 11, 2001 terrorist attacks,” Terry Pettijohn II and Brian Jungeberg at Mercyhurst College concluded: when social and economic conditions were difficult “a more tubular body shape was preferred,” conversely, when times were good, more “curvaceousness.” The study was founded on their Environmental Security Hypothesis which states that, in the face of threatened access to resources, aesthetic preferences are geared toward the capacity to produce rather than reproduce (i.e. aerodynamically flat-chested laborers take precedence over, say, mommy milkers). Thus, a positive correlation between financial and mammary endowment; when the DOW is up, so is general interest in boobs.

But this is vintage data. Boobs don’t have the same bosses they used to. They’re independent contractors now, self-employed creatives. OnlyFans creator, Dani Doreen tweets: “Ever wonder how it would feel to be less than an inch tall & sit on my nipple (which is bigger than your body)?” She does this thing where the viewer is embodied by a miniature doll figurine that she threatens to suffocate between her “huge, growing tits” so the breasts are crushing “you.” I watched a clip of her wedging a half-inch tall man between her breasts, saying she “probably won’t even feel you squirm around in there.” I wonder if we’ve lost the narrative.

Asked why they chose to write erotica about supple-breasted waitresses spilling lettucetinis (vodka + matcha + Bailey’s + a lettuce leaf), Sophia Vanderbilt and Alexander Tsebelis said, “if you get it you get it if you don’t you don’t if you know you know and if you don’t know like I honestly feel bad for you like I cannot explain it I don’t have the vocabulary to sit here and explain it like either you get the vibe or you don’t get the vibe.” The story appeared in No Agency’s July Newsletter. You can’t get the art-adjacent modeling agency’s limited edition newsletter unless you get it (they mail it to you) or unless you make it to Café Forgot before it sells out at eighty-one times more than it costs the people who get it (for free). The business model, like the hard nipples inside issue #03 (including those belonging to its editor, Chloe Mackey), seems to say: “…your point is?” It’s a new angle. Like its brother-sister erotica written by Vita Salvioni Guttmann from the POV of a cat wherein big brother Billy gets back from Journalists Without Borders only to find little sister Quinn has gone blonde “as a commentary on Blondeness.” The cat pities Quinn. She “only has two [perky little breasts]” instead of the felid eight. You can’t just have breasts anymore. You have breasts as a commentary on having breasts. Our technology has gotten so smart. In the centerfold, Sophia lies on a couch in a blue lace teddy. Her breasts look brilliant. They look full of knowledge. Across the top, she’s signed, “please understand.”

CARA SCHACTER is a writer living in New York. Her column “WORN OUT” runs the last Wednesday of every month. Last time, she wrote about Jesus’s loincloth.