Too Much or Too Little: Nick Currie on Berlin Gallery Weekend 2017 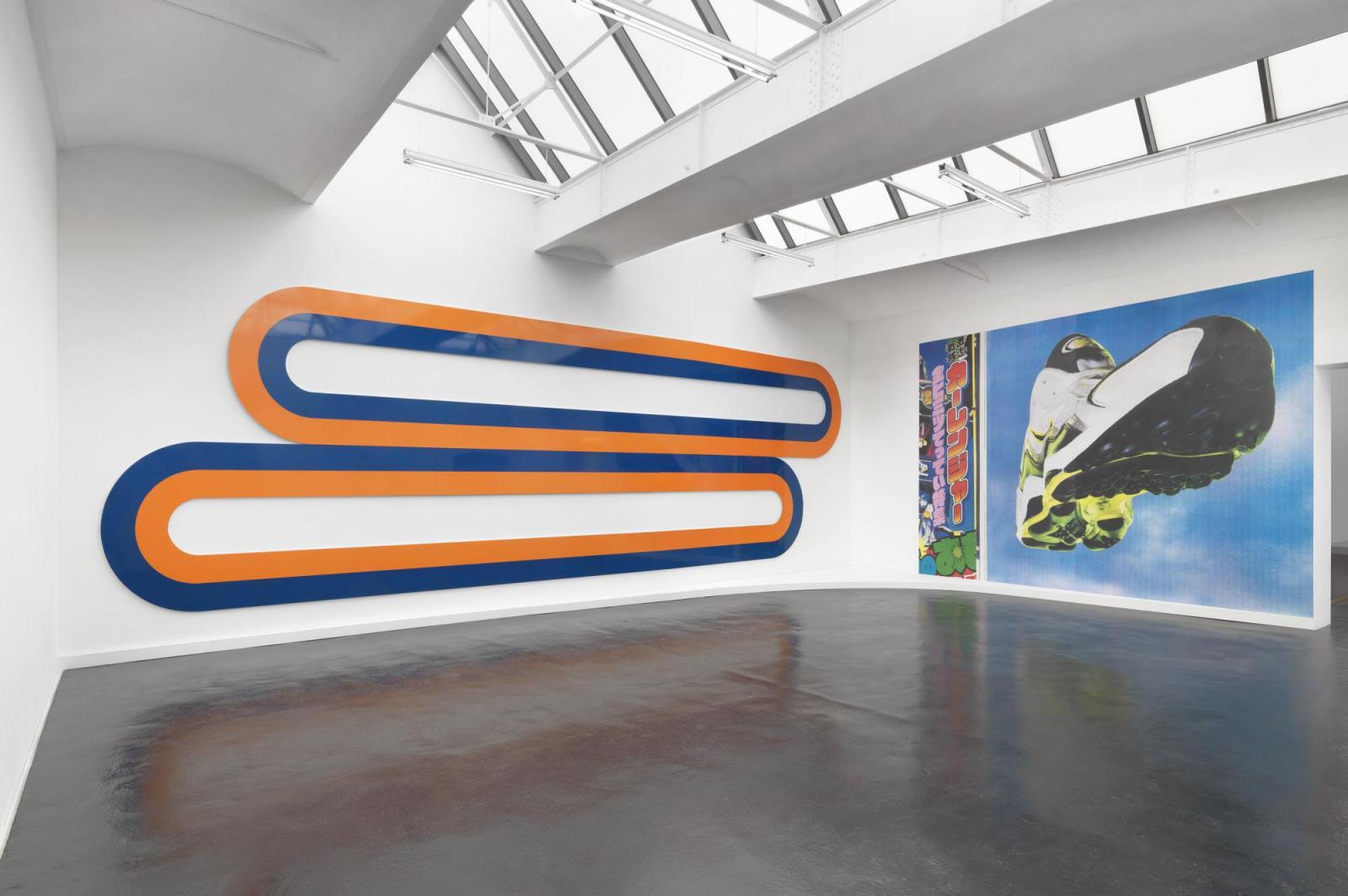 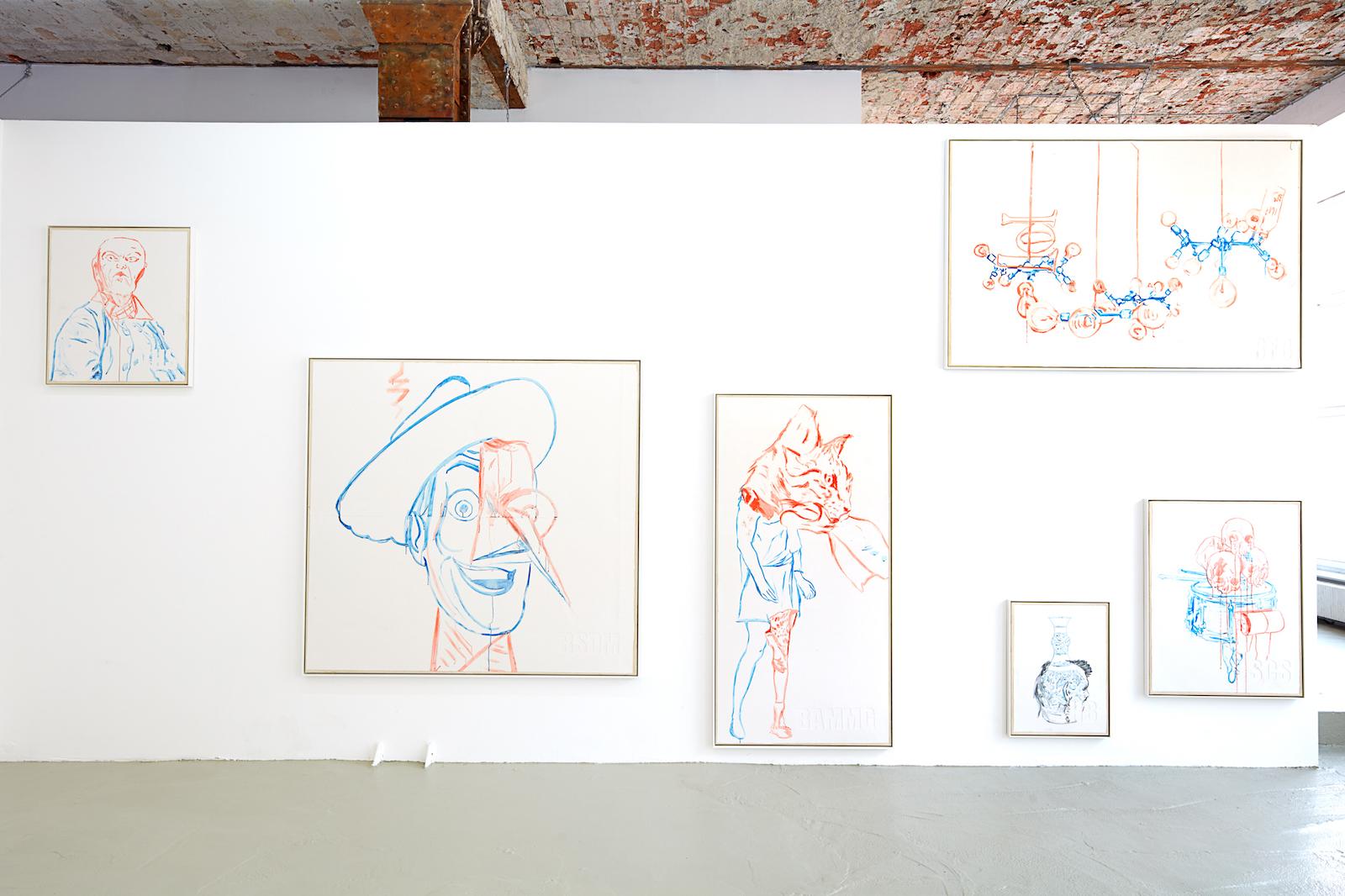 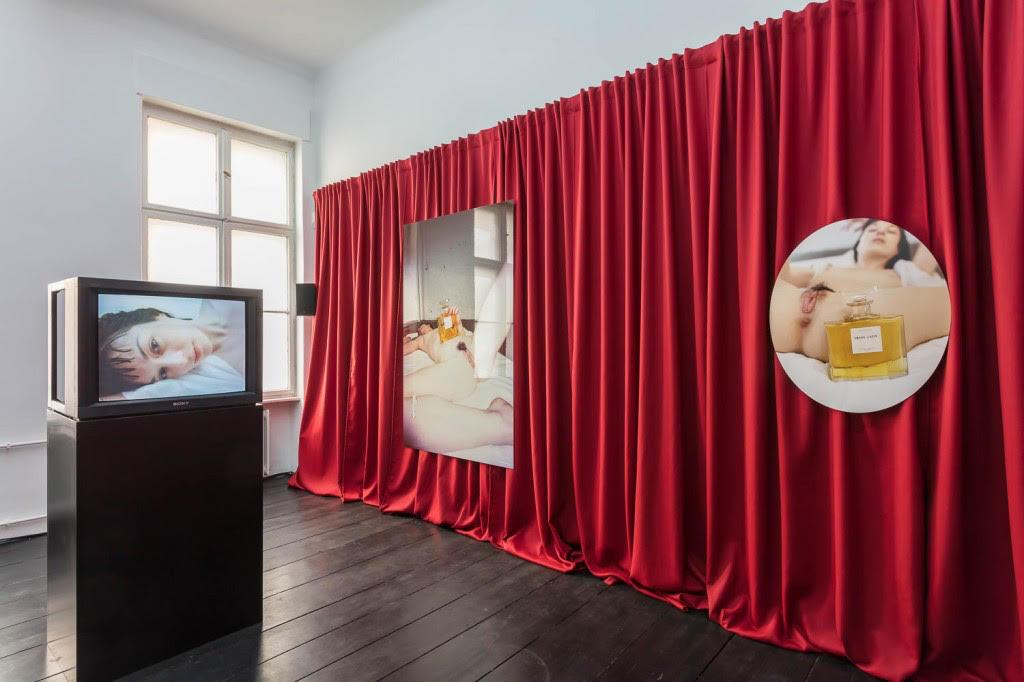 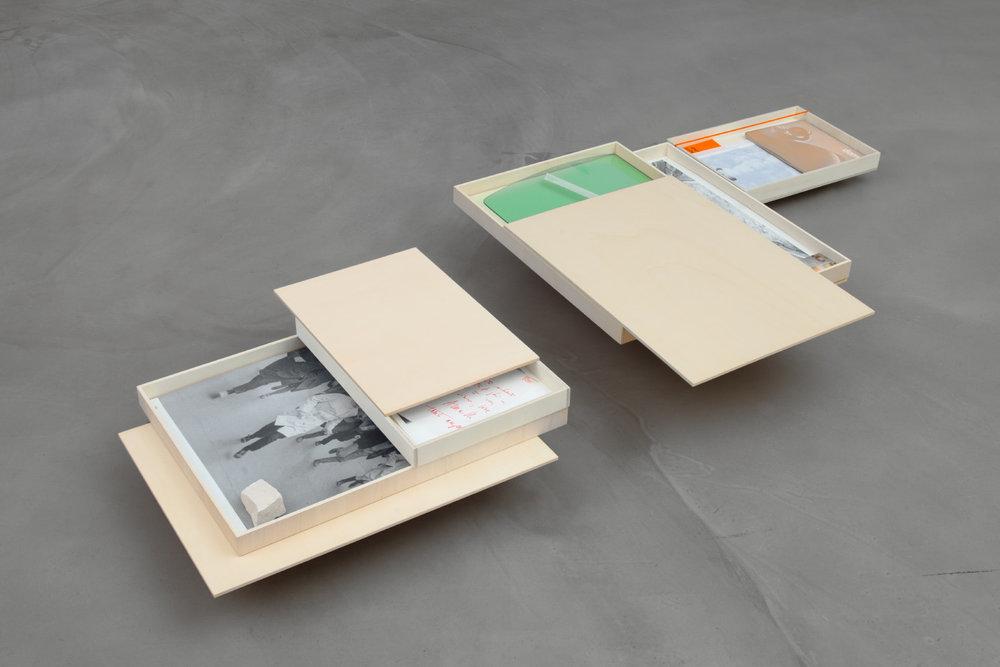 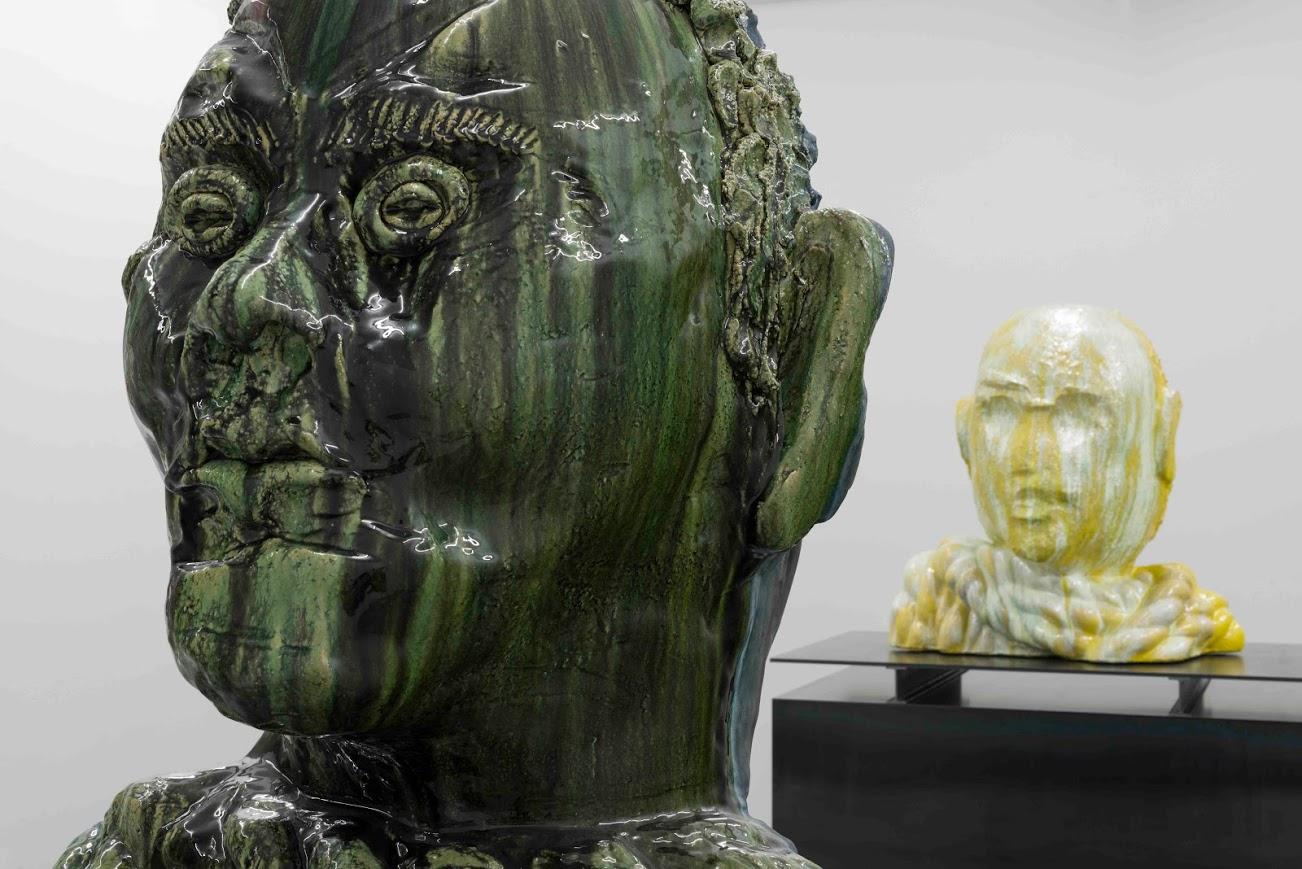 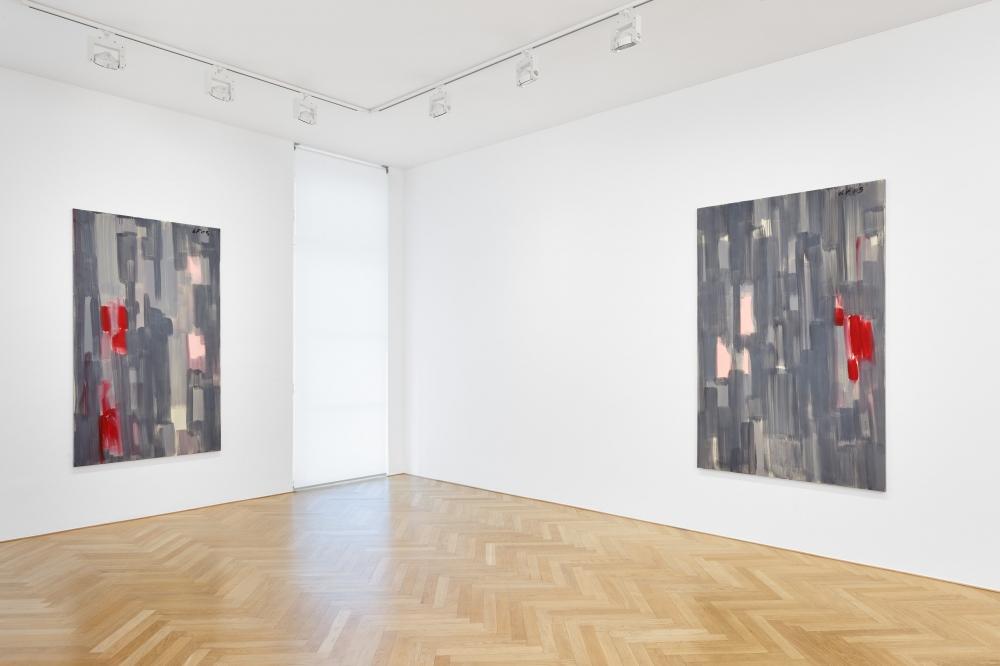 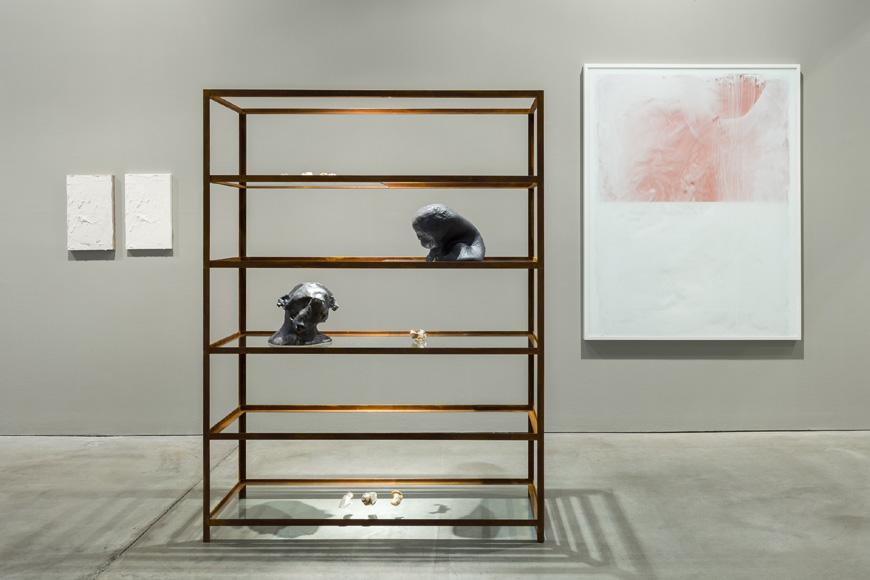 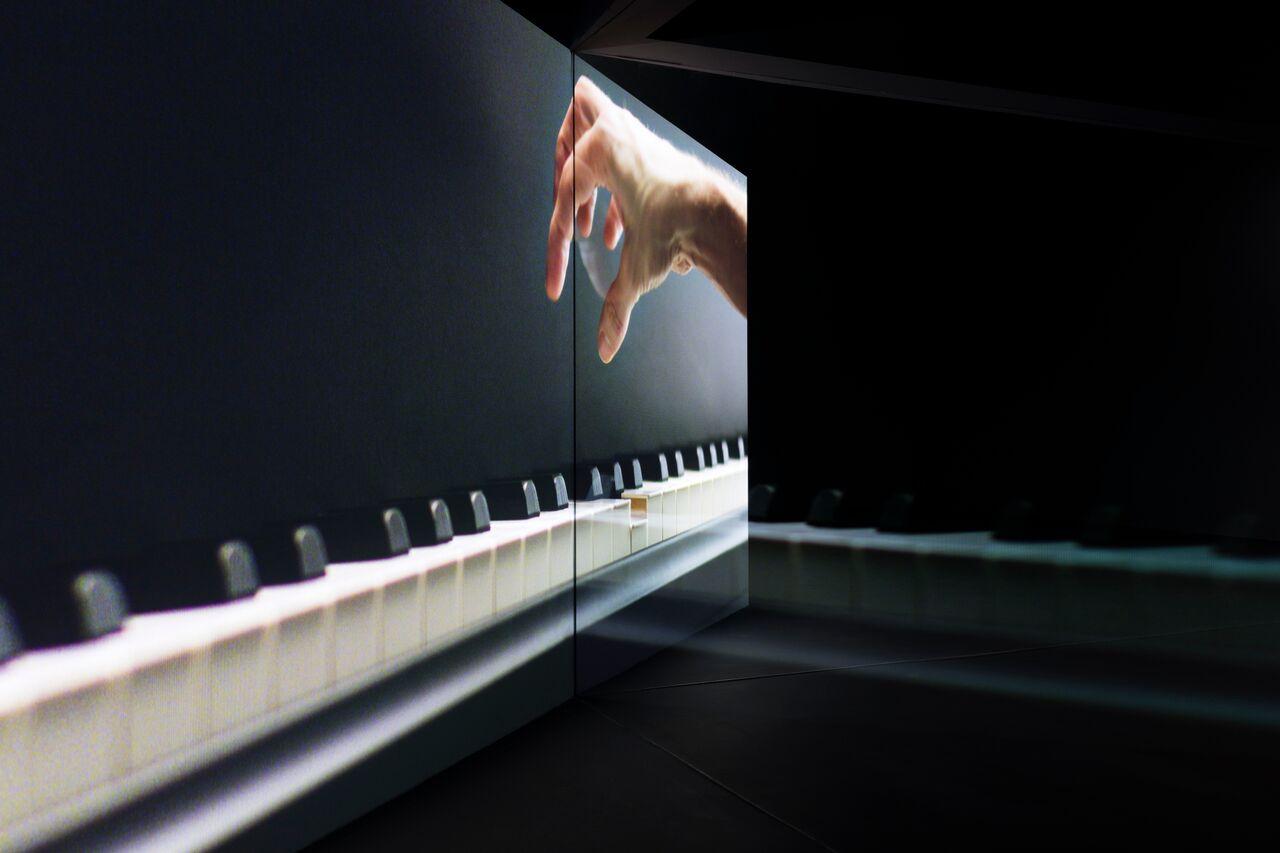 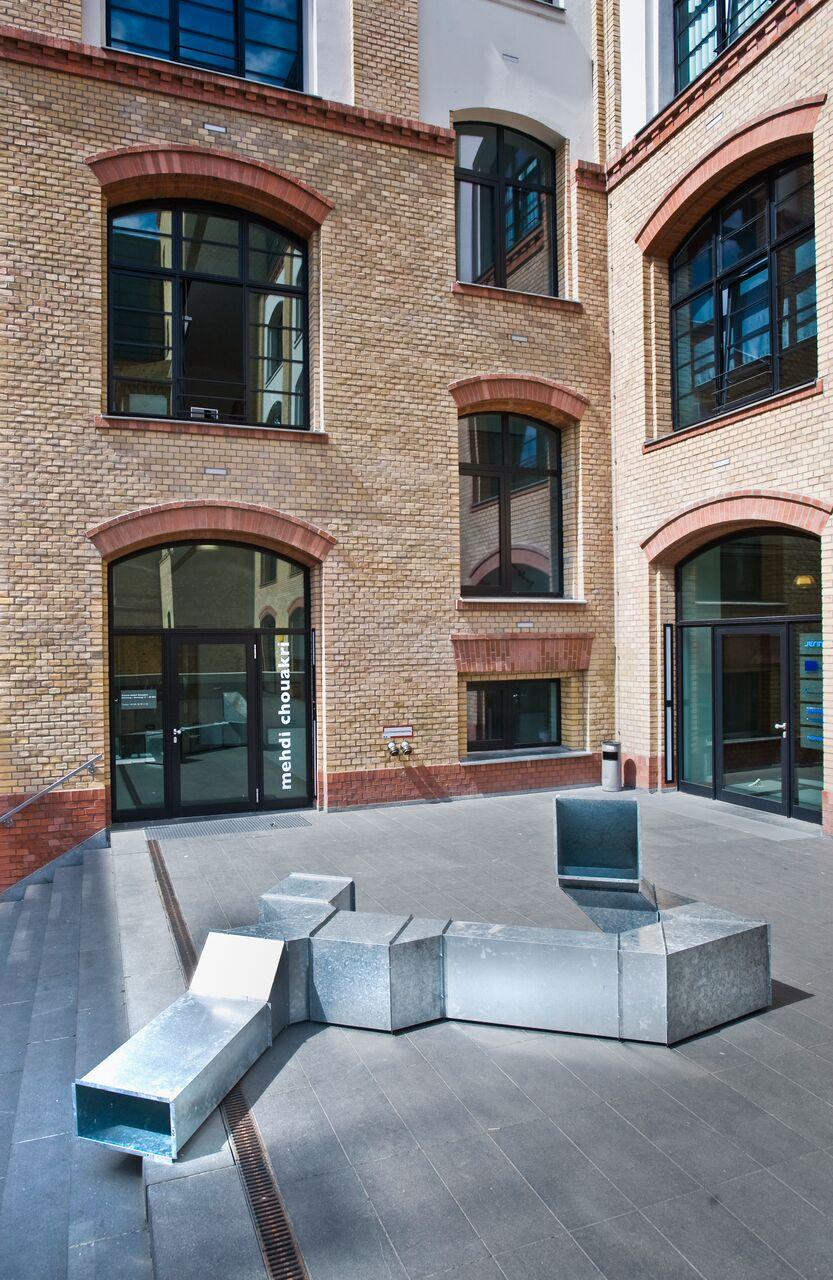 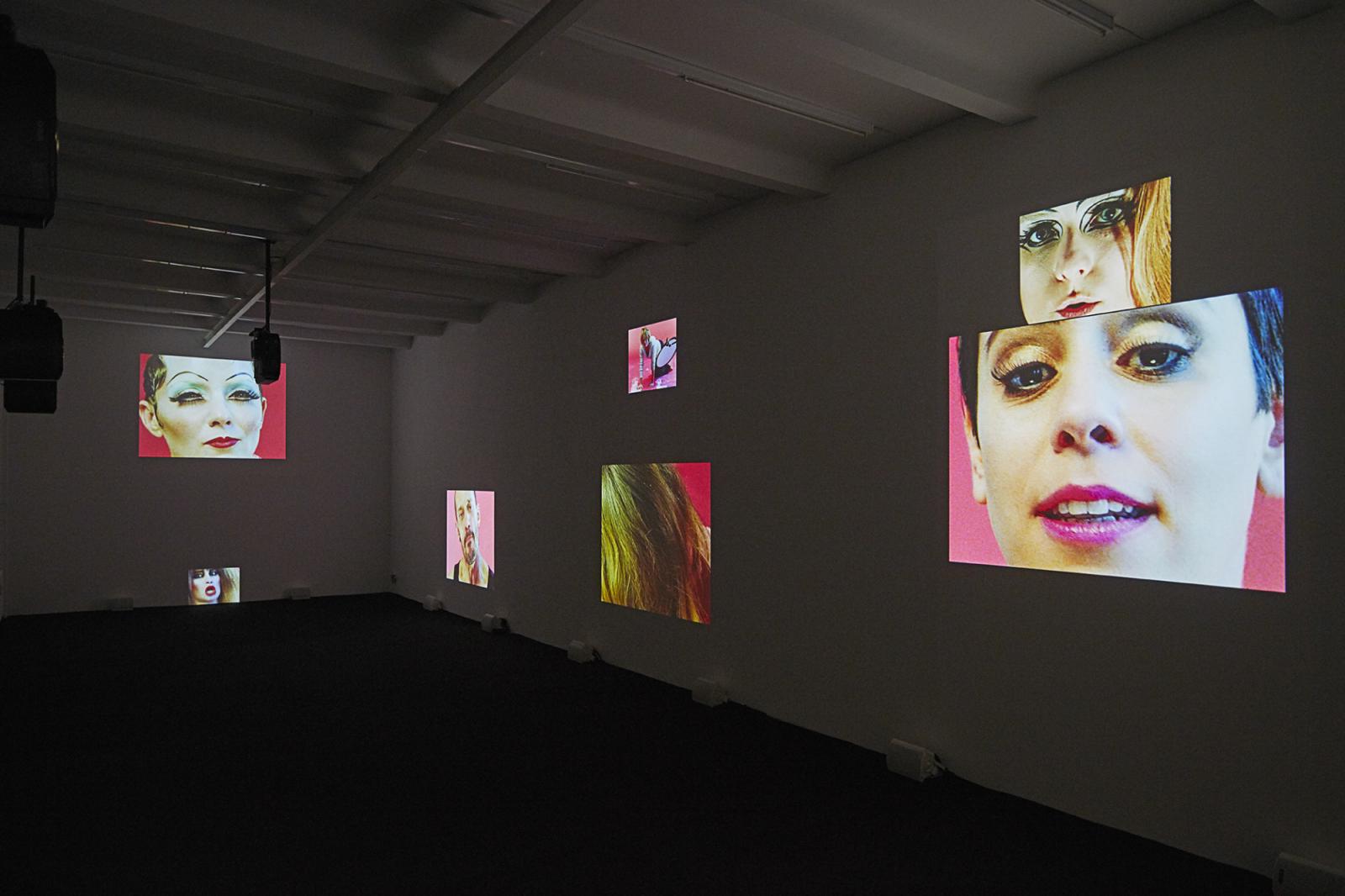 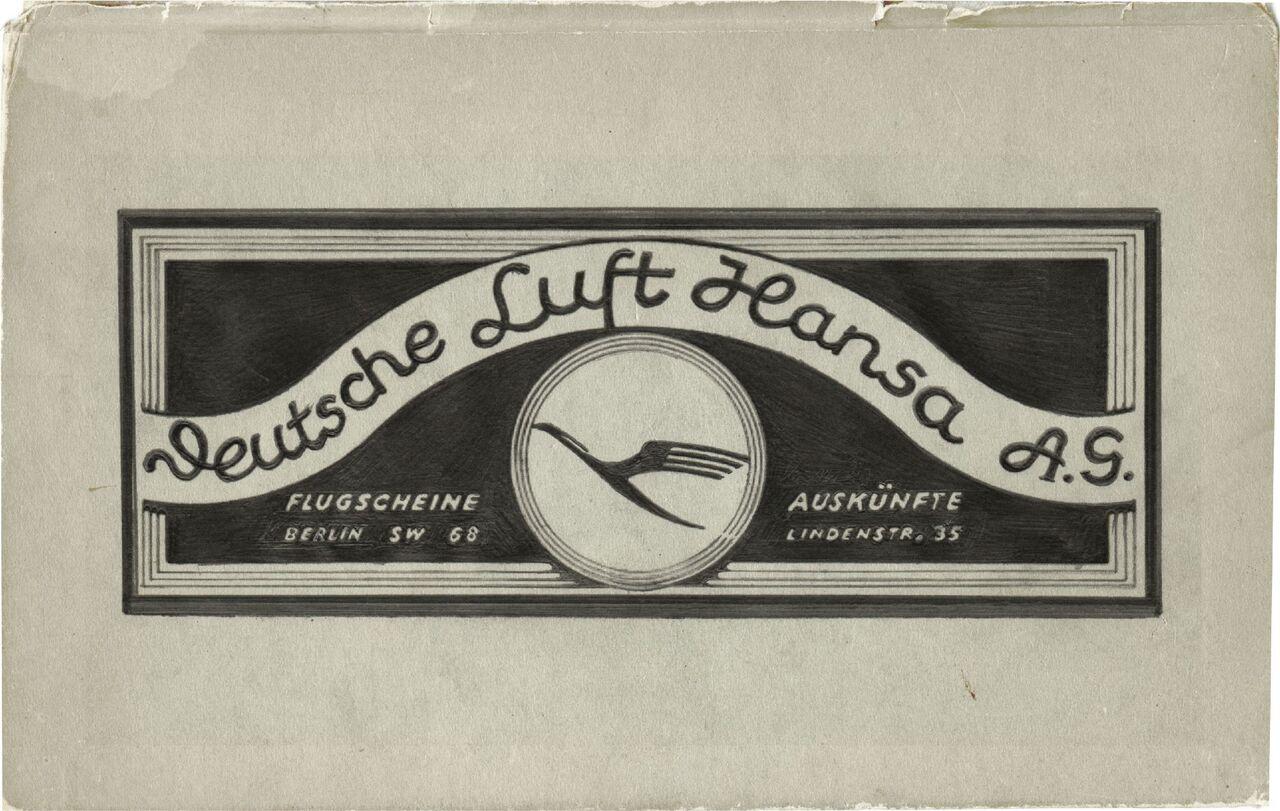 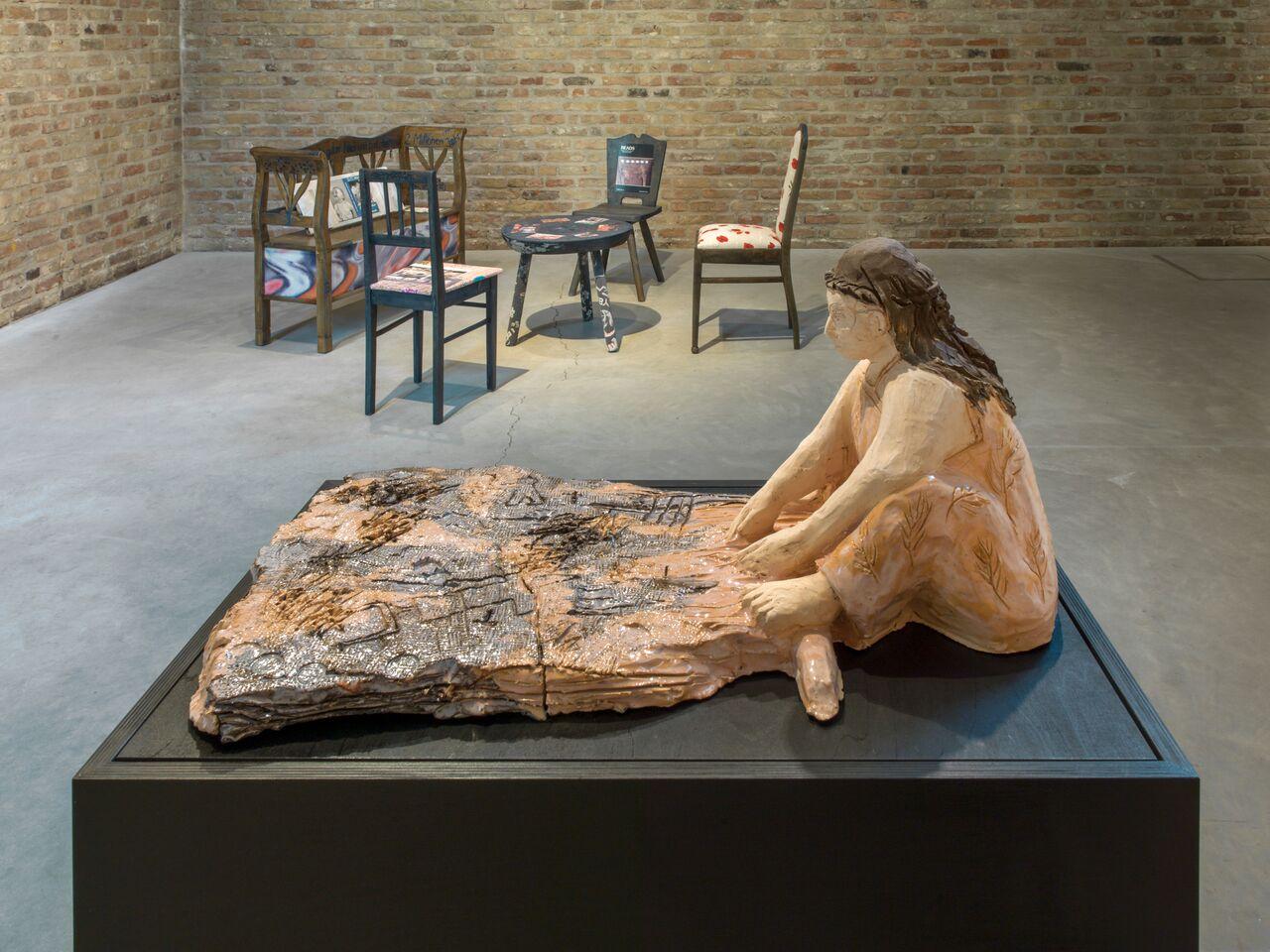 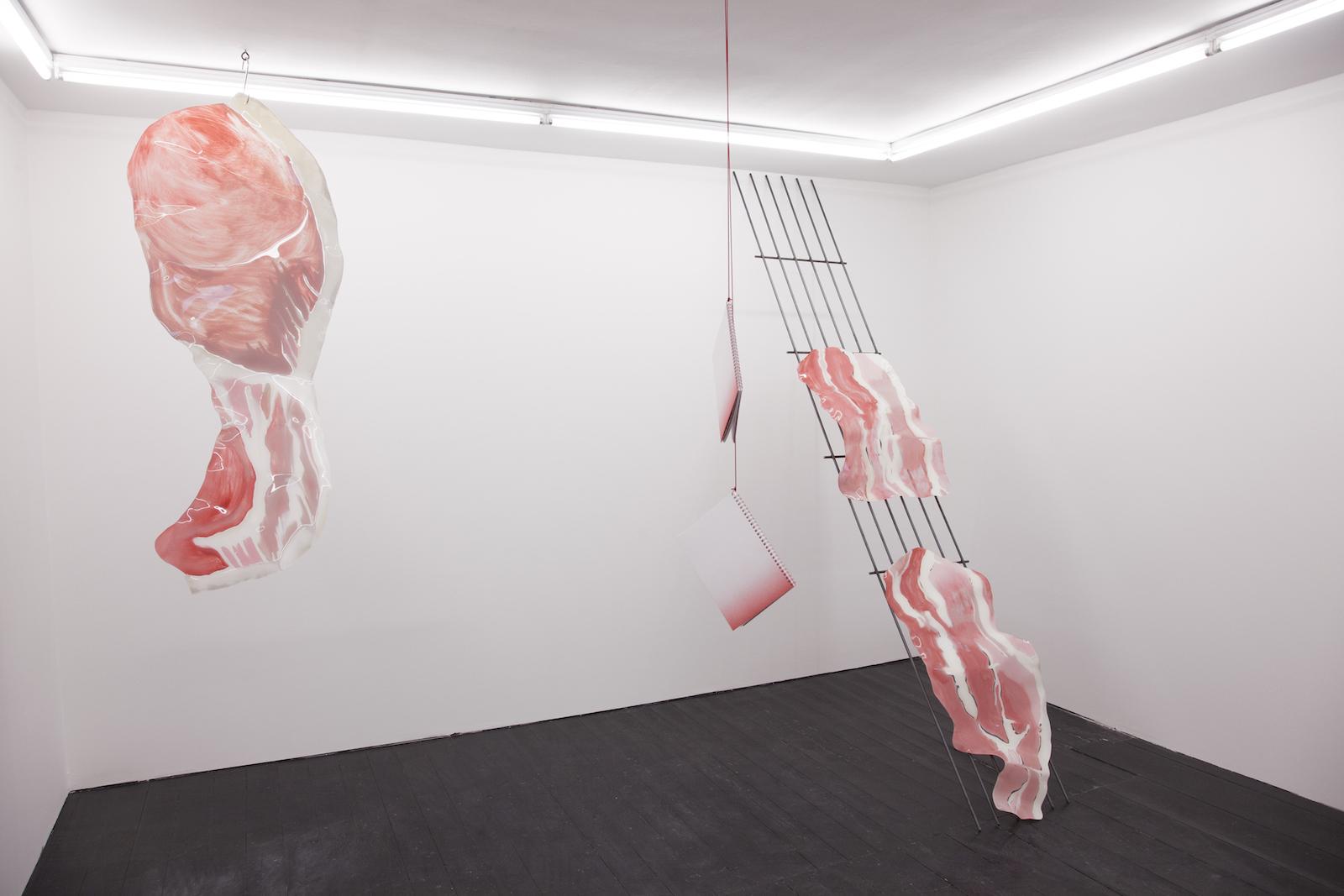 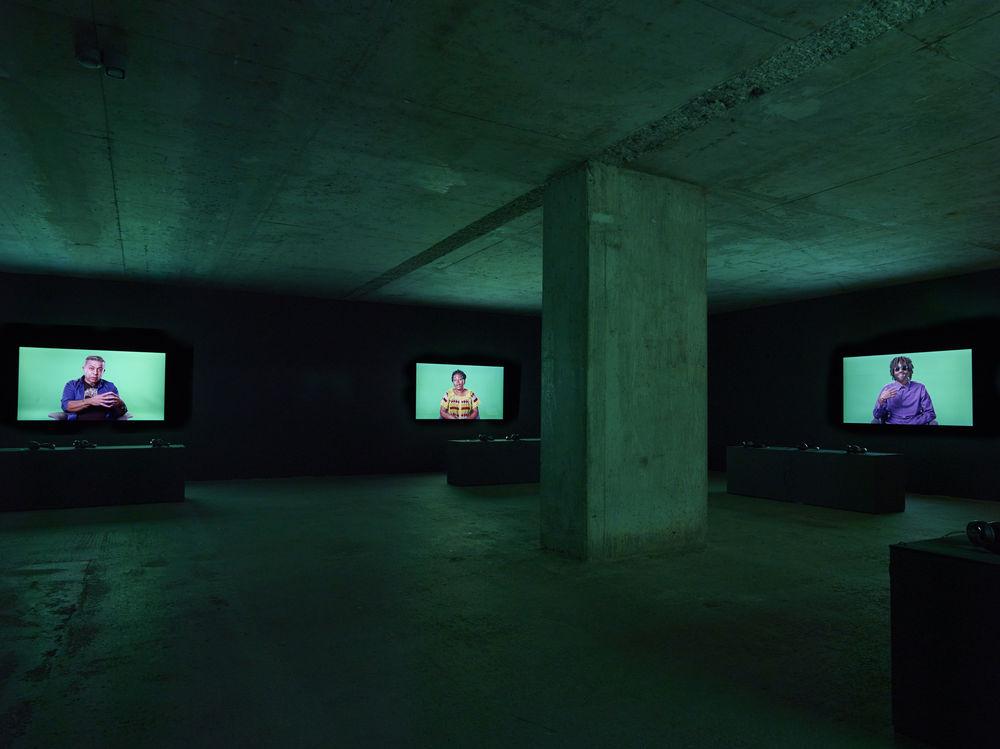 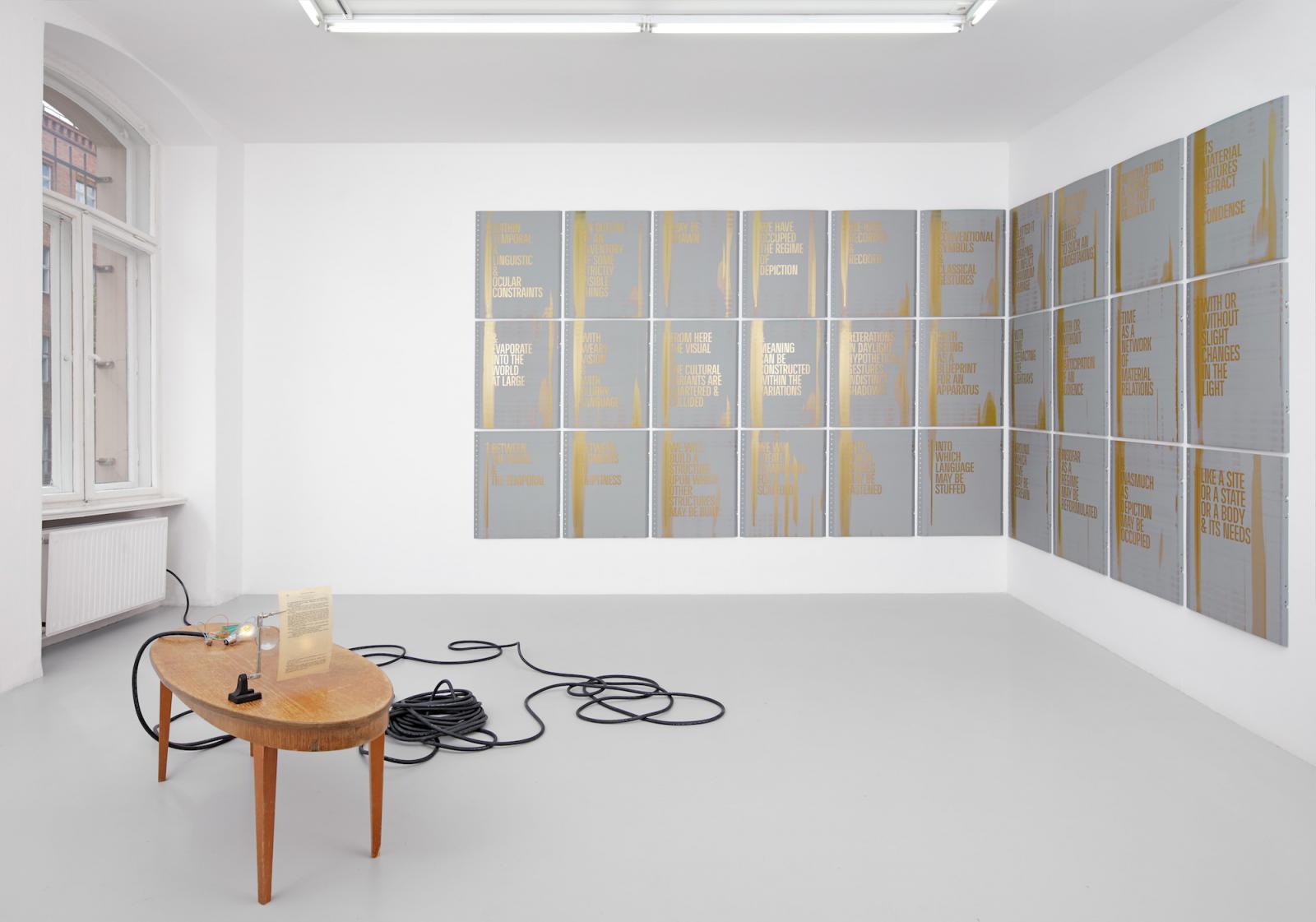 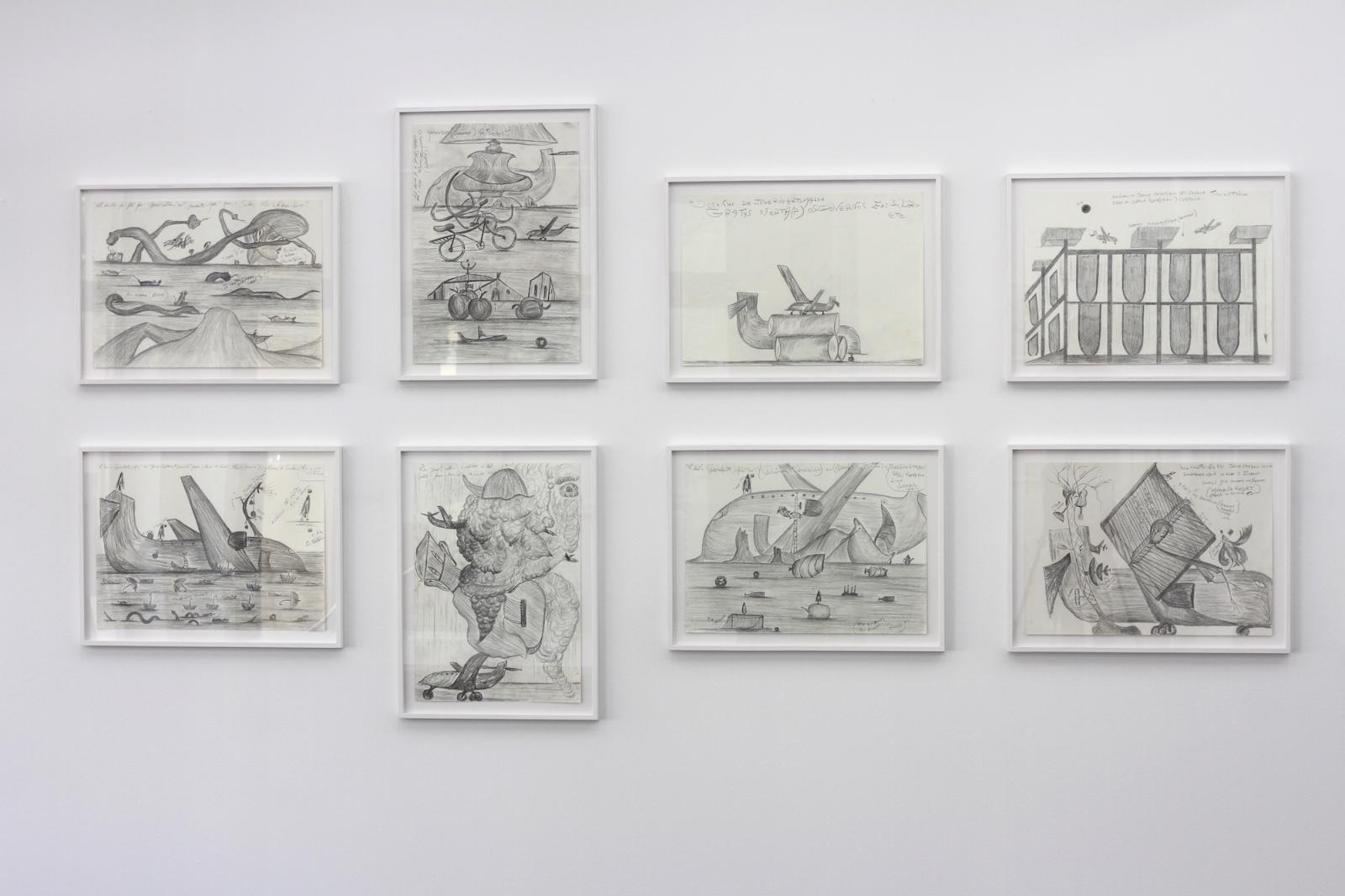 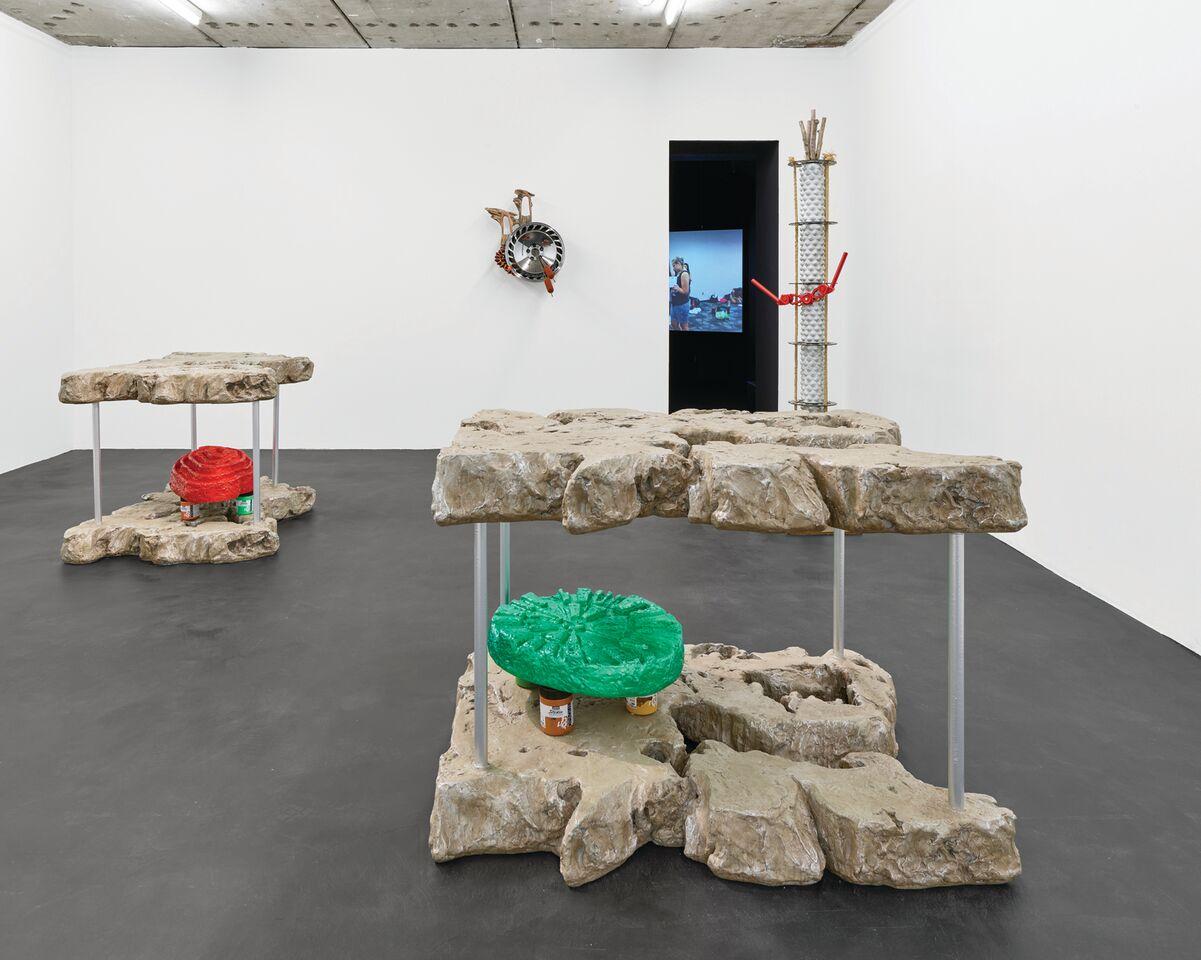 too much or too little

Former Berlin resident Nick Currie, aka Momus, revisits the city for this year's Gallery Weekend – and finds exhibitions that reflect the overall state of the German capital: a place like a plateau, produced through extremes, yet remaining unshaped.

Berlin is either too much or too little: too wealthy or too poor; a feeding frenzy or a frozen wilderness; a booming district or a dead backstreet; a business day thundering with traffic or a desolate holiday with bells ringing and shopfronts boarded up. Transformation rather than stasis is the city’s constant. And so it was with this Gallery Weekend, which occupied the last three days of April and had the city’s art lovers in a frenzy, as if menaced – and also concentrated – by the stern anticapitalism of the Monday Mayday that followed.

As an ex-Berliner now located in Asia, whose glimpses of the city’s transformations are thus incremental, like stop-motion animation, I’m slightly shocked by the crowds streaming up and down the staircase that leads to Esther Schipper’s gallery off the Potsdamer Straße, where appealing acid sculptures by Angela Bulloch are showing beside an Anri Sala video (Take Over, 2017) featuring a piano deconstruction of both the Marseillaise and the Internationale. How does that sit with the Bentleys parked outside, the shoppers and tourists pouring through the Andreas Murkudis concept store below?

While Anri Sala celebrates revolution, Fernanda Fragateiro downstairs at Arratia Beer reconstructs – with pleasingly pseudo-didactic elegance – a 1974 Rote-Punkt-Aktion against the hiking of metro ticket prices in Frankfurt. It’s odd to see this activist-inspired stuff in such a consumer-driven courtyard, but I suppose it all simply co-exists in unashamed contradiction, the too-much beside the too-little.

One of the glossiest shows I see is the Michael Müller installation at Galerie Thomas Schulte, which feels like a fashion store and features feathered or transparent clothes on window mannequins, a rock-climbing wall, a vivid satin curtain and a witty series of found images and texts about sex. Thomas Schütte’s bulbous, melting heads at Carlier | Gebauer feel, on the other hand, like something official and humanist, their quality clear and established, like something one would see at a biennial.

Part of the appeal of Gallery Weekend is navigating windswept quarters of Berlin, red map in hand, rather as one explores the backstreets of Venice looking for “collateral” events. Sometimes the only reward is the squeak of a parquet floor, or the gloom of a beautiful old hallway. I enjoy Symonds, Pearmain and Lebon’s obscene mock-perfume ads at Isabella Bortolozzi, if only for the bewilderment they procure in the straight-laced Chinese tourists.

My trip to Charlottenburg is only really justified by Mehdi Chouakri’s attractive new gallery on Fasanenstrasse, brightened by the Minimalist sculptures of Charlotte Posenenske. Even this doesn’t offset the impression that Charlottenburg galleries are mostly in the grip of the decorative and the academic (Posenenske died in 1985, after all). Much here has a blue-chip, Frieze Masters feel to it, or seems to follow the requirements of interior decoration: Günther Förg at Max Hetzler steers you through room after room of almost-identical grey and red abstracts, as if the painter were intent on making a metaphor for a complete absence of invention.

In growing and expanding, galleries often bland out. I remember folksy, interesting displays at Javier Peres’ space in Los Angeles Chinatown back in the early days of the century, then powerful, perhaps too-trendy performance art at his Treptower hut. Now he sits in regal isolation on the Karl-Marx-Allee, his acres of steppe-like space punctuated by the arid, frosty geometries of Brent Wadden’s textiles. Then again, perhaps the folksy quality is still there: the interest lies in the deliberate amateurishness of Wadden’s weaving, which constantly breaks the monotony of his geometric patterns.

There are shows that ought to work, but don’t: Robert Kuśmirowski’s reconstruction at Żak Branicka of a Lufthansa office from the early 1930s, for instance, may be admirably site-specific (the building was the airline’s main office before they moved to Tempelhof), but initial fascination – as actors smile at you from behind the ticket desk, challenging you to enter into the fiction that it’s 1933 and you’re fleeing fascism, for instance – quickly gives way to the feeling that you’ve wandered into a nostalgic tourist trap, one of the many rehabilitated curiosities and atrocity exhibitions Berlin serves when it tries to be a theme park.

My Gallery Weekend ends outside Contemporary Fine Arts, which is closing an hour early on Sunday evening, much to the fury of an elderly Viennese connoisseur who looks a bit like the ghost of Thomas Bernhard. He’s come all this way, expecting strict adherence to the timetable, only to find a concierge locking the place up. “This is typical of Berlin!” shouts the man, whose wife also looks furious. I have no idea what “typical Berlin” means – the city, after all, is so protean, so contradictory. But he’s probably quite right.

Subscribe
Newsletter
© 2022 Spike Art Quarterly
Views
3. 5. 2017
Too Much or Too Little: Nick Currie on Berlin Gallery Weekend 2017
Overview
Back to Top